FROM BENNY BLANCO TO JIM MALONE, WE LOOK AT SOME OF THE BEST DRESSED GANGSTERS IN FILM 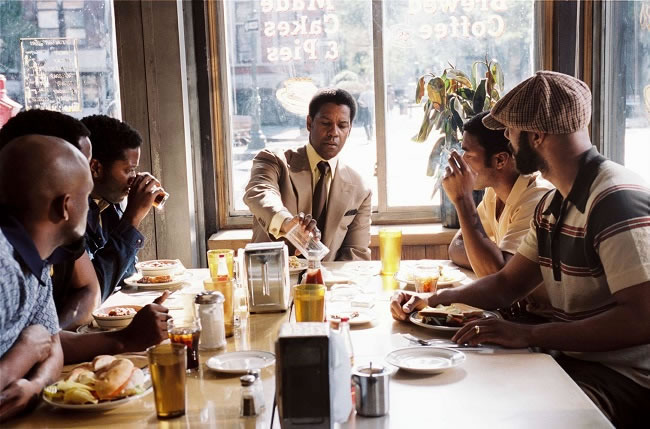 When I think gangster the cliched side of my brain instantly gropes for Goodfellas and when a young Ray Liotta turns up to his mothers house in a new suit and asks "What do you think?" She shrieks... "Oh my god you look like a gangster."

With the passing of the Great Train Robber Ronnie Biggs recently I thought we could have a topical run down of some of the best dressed gangsters in movies.

Of course not every gangster wants to flaunt his wealth by use of flashy attire. It was the flamboyant style of Frank Lucas who was one of America's biggest heroin smugglers, that lead to his downfall.

When he was seen ringside wearing a fur chinchilla coat, he was instantly put on the FBI's radar. It was his wife that encouraged him to wear the coat and as they say, behind every great gangster is a woman determined to get him shot or pinched.

"Hey remember me? It's Benny Blanco from the Bronx." He only wanted to be friends with Carlito. Pacino thought about being chums but opted for taking him into the back alley to serve him a good old fashioned beating. But at least Benny Blanco looked the part whilst he got his ass handed to him in a sling.

Lester is the best dressed pimp that's ever graced the silver screen. He had Sharon Stone on a leash in that film, and it had to be down to his white Evel Knievel esque jump suits.

Robert Deniro told Lester in the cafe before setting the dogs on him in the car park, "Be a man, don't be a f*#king pimp." A strange coincidence for me because those were the same words my grandma would say to me as a young boy, just before dropping me off at nursery.

OK not technically a gangster, but what a remarkably dapper wardrobe Connery had during this film. AND only Connery can pull off the Horse and Hound look whilst simultaneously pounding gangsters in the Jacob's with the business end of a shooter. Thatscch the sccchicago way!

Chris Penn died so young, but not before turning up in this film as the brilliant Nice Guy Eddie. You have Keitel, Roth, Madsen, Tarantino all looking cooler than a gaggle of cucumbers walking down the street in the black suit, white tie combo, smoking cigarettes in slow motion to Little Green Bag.

Then you have Chris Penn in the background cracking wise in a nasty Nike mid-80s throw back shell suit. Timeless. Well not really, the look probably died in the late 80s, but you know what I mean. 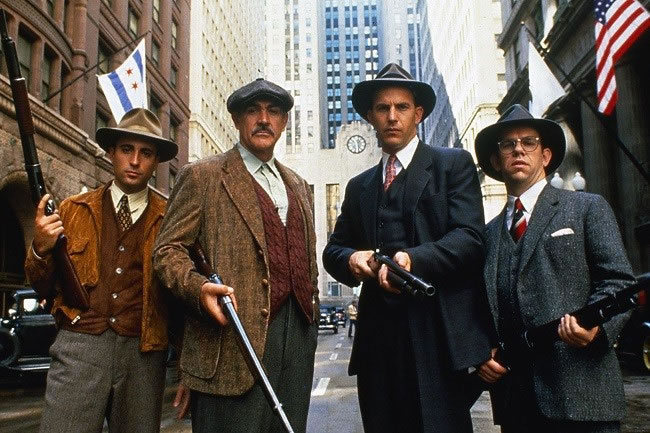