A LOOK AT THE OSCAR WORTHY STYLE FROM THE AMERICAN ACTOR 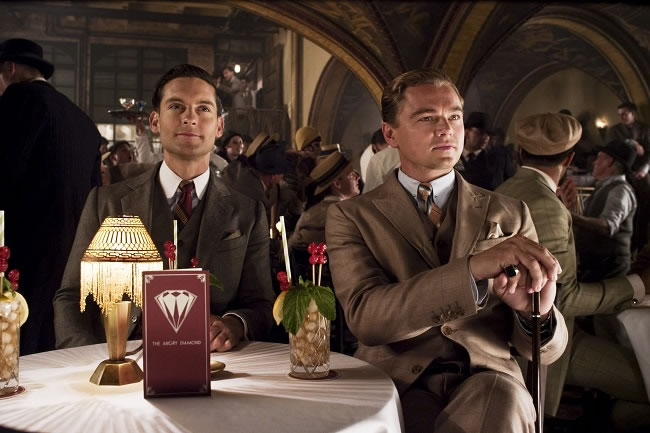 He’s worked with some of the best directors in the world and starred in an array of critically acclaimed films that have taken the box office by storm but sadly Leonardo DiCaprio has yet to win an Oscar.

He first received a Best Supporting Actor nomination when he was just 19 for 'What’s Eating Glibert Grape' playing the role of a mentally challenged teenager starring alongside Johnny Depp. In 2004 he was nominated for Best Actor in The Aviator directed by Martin Scorsese, however to lose to Jamie Foxx in Ray. And two years later he was up for Best Actor again, this time for Blood Diamond, but Forrest Whitaker took the prize for The Last King of Scotland.

This year he’s nominated for The Wolf of Wall Street directed by Martin Scorsese. Those who have seen the film will no doubt agree that Leo’s portrayal of Jordan Belfont’s (aka Wolfie) fast route to the top, the limitless supplies of girls, drugs and his crooked downfall is one of his best performances to date.

Whether he wins an Oscar or not, there is no doubt that Leo has award winning style. We’ve pulled together his top 5 on screen looks:

The Great Gatsby - pulling off a white suit is not an easy task, there’s always a chance of looking more like a pimp than a dapper gent but millionaire Jay Gatsby shows us how it’s done.

It’s all in the details; co-ordinating pocket square and sweater, collar pins, yellow tie for an injection of colour and bold cuff links (cane optional) 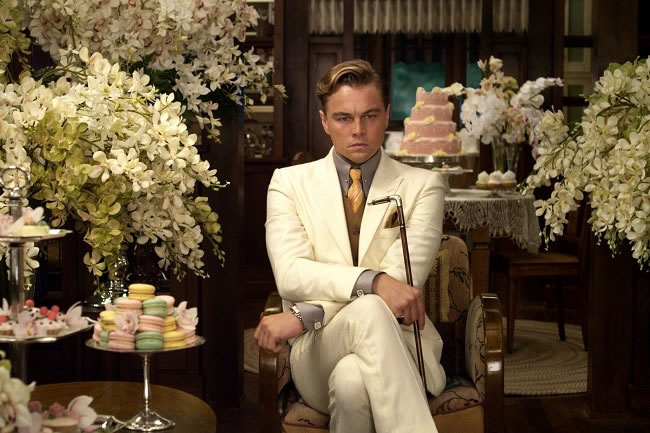 The Wolf of Wall Street - double breasted jackets are back in fashion again, seen on everyone from David Gandy to Tinie Tempah. Admittedly they’re better fitted this time around but let’s take a moment to appreciate Jordan Belfont in his 1980s power suit.

His off duty look deserves applause too. What does one wear when throwing wads of cash at FBI agents from one’s private yacht? Chinos, a Ralph Lauren polo shirt and a pair of Wayfarers. That’s what! 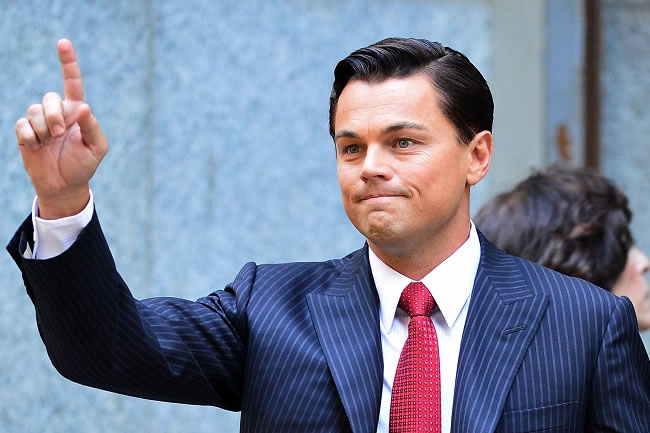 The Wolf of Wall Street

Django Unchained - ok so notorious plantation boss Calvin Candie probably isn’t the most likeable character Leo has played but no one can argue with how well he rocks a cravat. The brocade waistcoat has a touch of Dolce & Gabbana about it too. 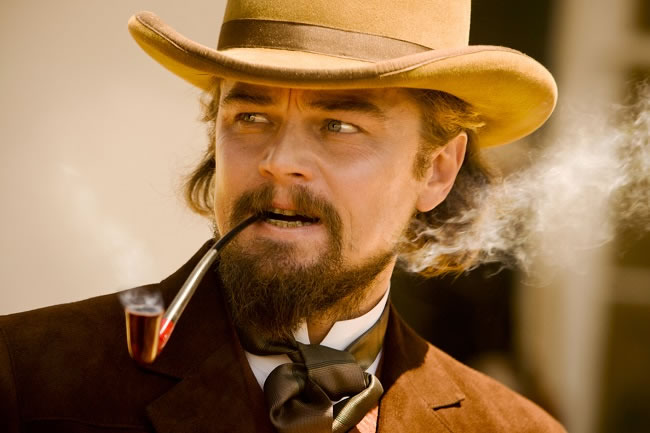 Romeo & Juliet - if you take a look at the latest collections from Prada, Ami and Dries Van Noten you’ll see a plethora of floral and print shirts. Leo was clearly ahead of his time in Baz Luhrmann’s adaption of this classic tale. It’s only a matter of time before that barnet is on trend again too. 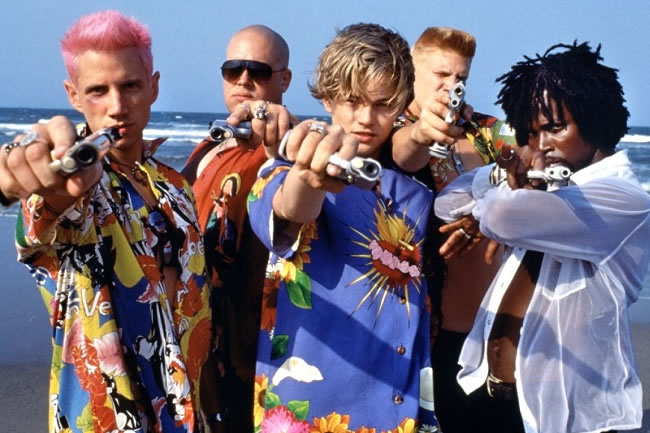 J.Edgar - set in the 1940s, DiCaprio donned oversized long coats, three piece suits, wide legged trousers and Oxford shoes for this biopic about the powerful head of the FBI. All of which were seen at the Savile Row, Woolmark & St James's AW14 LCM presentation this year too. 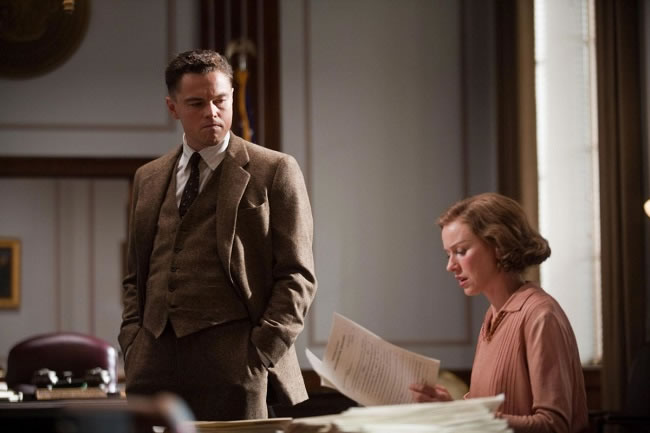