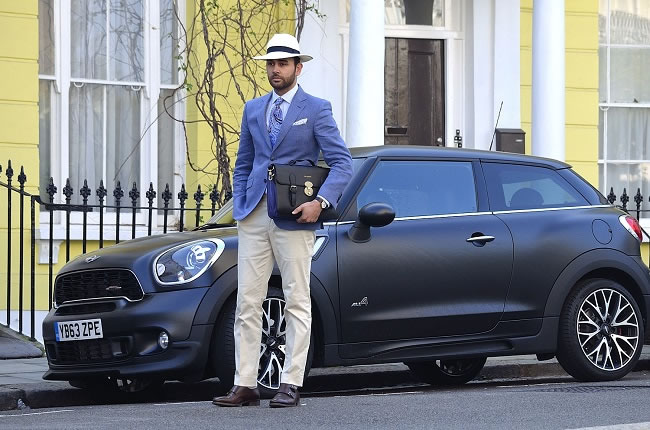 MINI have launched one of their flagship cars, the new 2014 Hatch, affectionately called the “New Original.”

It has the classic British MINI heritage and craftsmanship but with all new features and technology.

Since the MINI is a makeover of the original model from back in 1959, we wanted to create a look that resembled this.

We drove down to the picturesque leafy Primrose Hill area of London in a summer tailored outfit including an original Ecuadorian Panama hat from Laird London, a blue linen blazer from T.M. Lewin, linen trousers and white stripe shirt by Hackett London, a minimal black watch by Uniform Wares, double monk strap shoe by Reiss and a briefcase satchel by Ted Baker which is a modern version of the first ever bag made by the brand.

The matte black MINI was certainly a head turner and for a few days it was our largest fashion accessory. It’s just a shame we had to give it back! 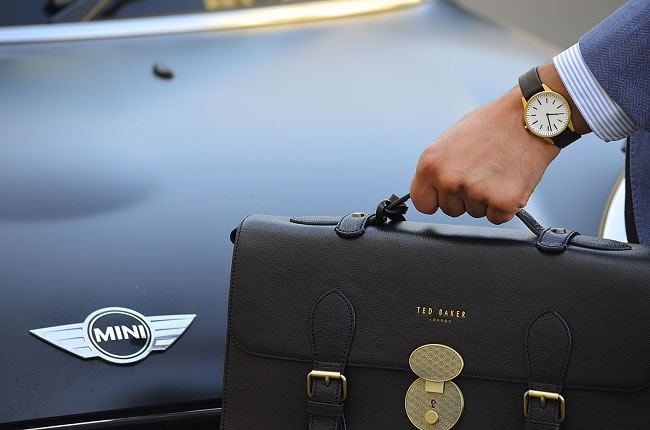 "Ted Baker briefcase modelled from their first ever bag" 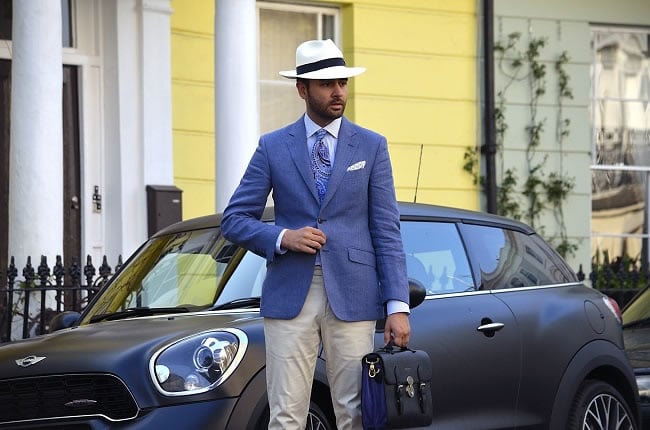 This new MINI 4x4 PACEMAN in reality looks far from its ancestor. It’s evolved to meet the new needs of the modern man (or woman).

It’s full of new technologies and offers a smoother ride and ultimate comfort. So what better way to show this transformation with our take on a modern day look whilst keeping some of the key 1950s characteristics?

We stopped off in one of Hampstead, London’s winding village streets and styled a look using a navy Fedora hat by Laird London, Varsity jacket and polo shirt by Lacoste, Print trousers by Ted Baker, watch by SEIKO and suede brown loafers by Anatomic & Co. 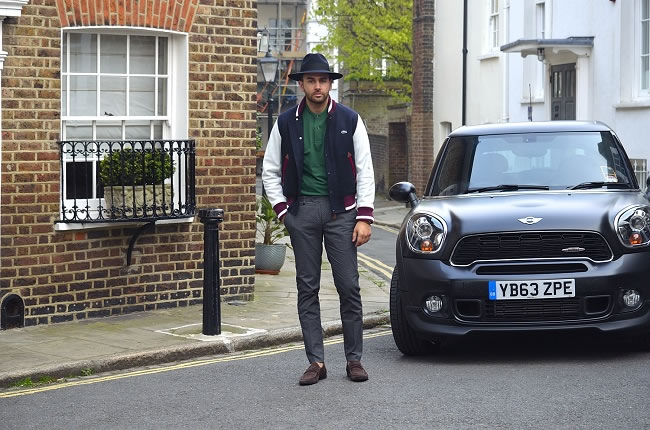 "This new MINI in reality looks far from its ancestor" 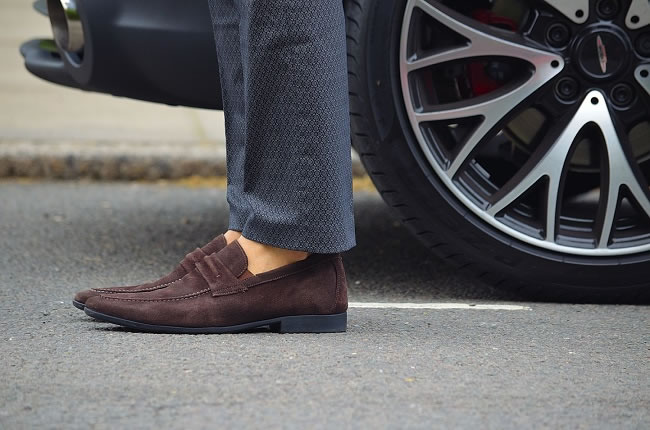 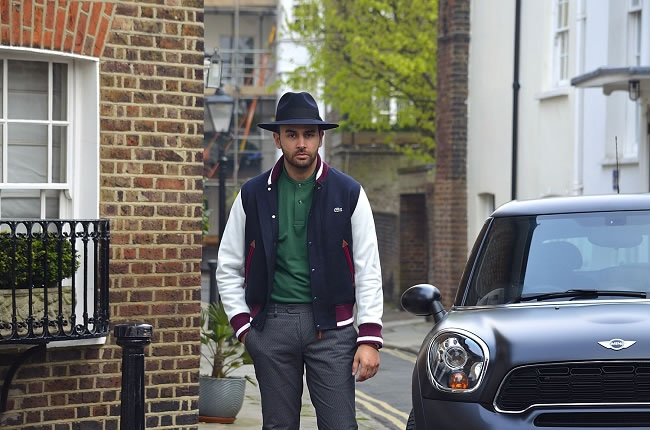 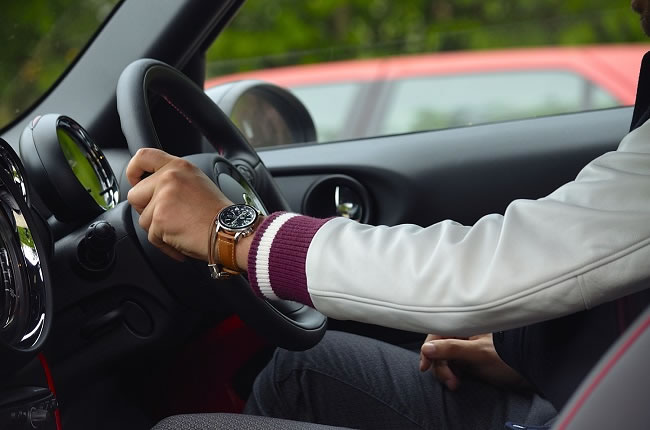