WILL YOU BE WEARING DIP DYE DURING THE 2014 SUMMER FESTIVAL SEASON? 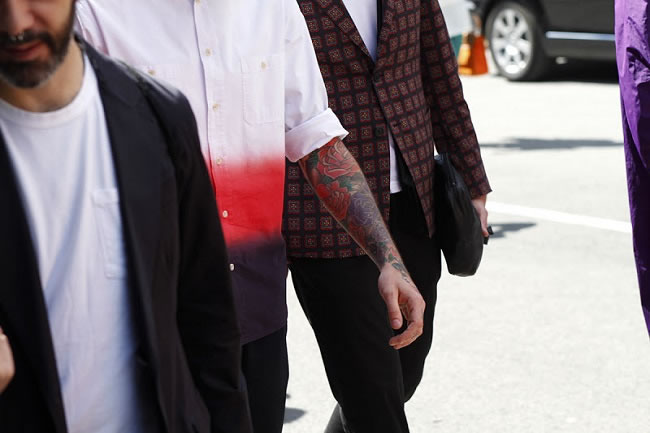 It might have been a popular women’s hair style over the past year, but dip dye has now found its way into men’s fashion with a number of top designers having incorporated it into their summer collections.

From the tie die t-shirt phase a couple of years back to the loud printed numbers last year, this summer looks set to be the summer of the dip dye - so expect to see this one grace the festival season very shortly.

Trends in men’s fashion have become increasingly daring over the past couple of years; from bold printed designs such as polka dot and camouflage, to loud colours such as neon and pastel all creeping into formalwear and high end designer collections.

Two tone shirts enjoyed a successful stint in fashion during the autumn and winter just gone, so the dip dye trend comes as a slight modification which perfectly balances the transition from dark to light.

It may be unfamiliar to a classic well-dressed gent but it is a way to get ahead of the curve for summer. 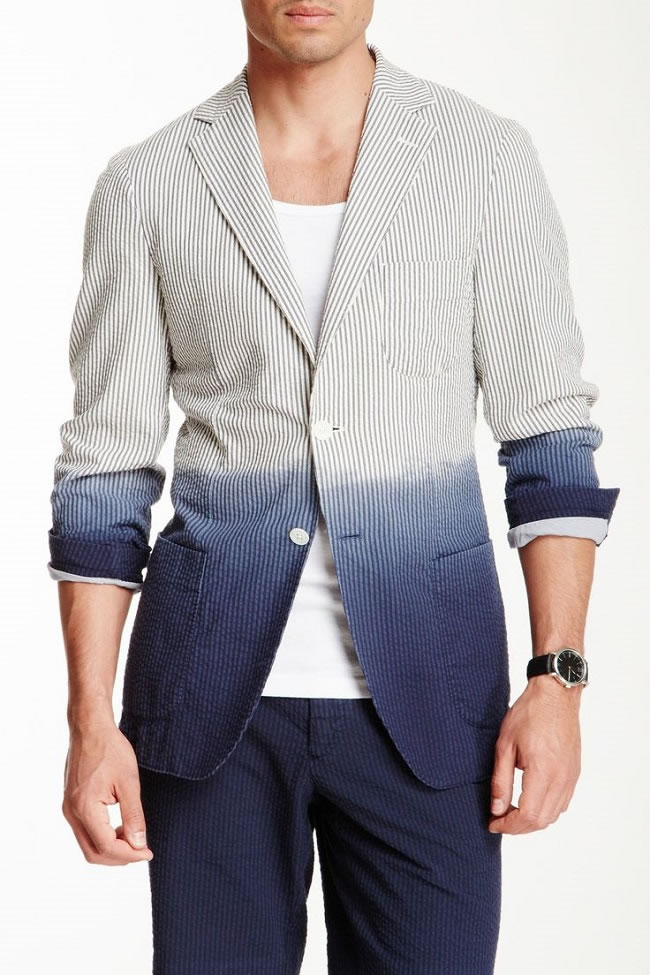 "The dip dye trend comes as a slight modification"

A simple combination of pattern and colour makes dyed clothing a hassle free way to add an interesting dimension to your latest ensembles, if you fear that this traditionally cheap style option doesn’t suit your elegant and expensive taste, you shouldn’t worry because it is possible to bring the style into previously untapped territory such as the smart shirt and blazer combination.

Popular urban brands Franklin & Marshall and Penfield are carrying items with dip dye along with high end designer Vivienne Westwood, proving this trend isn’t exclusive to a particular sector of the market. In the latter range the classic polo shirt has been re-invigorated and brought back to life for the summer. 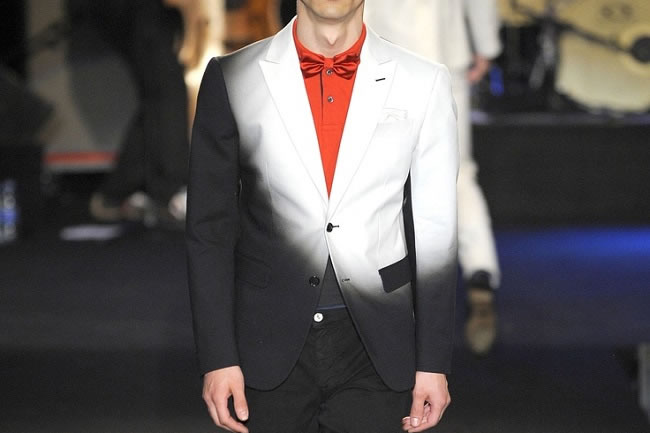 "No longer seen as a hippie clothing staple"

Expect this style of clothing to take over the high-street and designer brands alike. With it being such a fresh idea there are no rules restricting you on what to wear it with or where exactly to wear it.

It is no longer seen as a hippie clothing staple from the past, dip dye is a perfect partner to plainer basic garments such as shorts - a perfect layering item to throw a shirt over.

Tie-Dying is a notorious D.I.Y styling technique, and it too has seen a dramatic resurgence in the summers of recent years. However this slightly more understated style should prove to be a longer lasting fad in men’s fashion with its subtle aura of sartorial class. 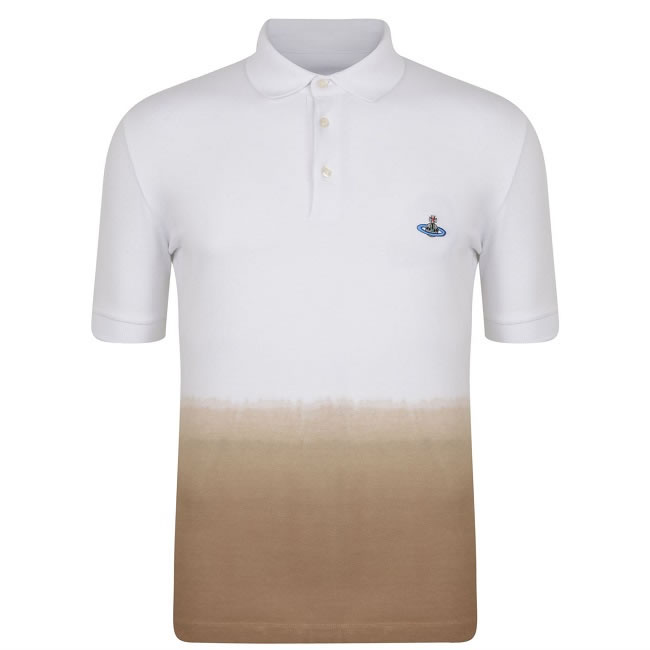 "The classic polo shirt has been re-invigorated"