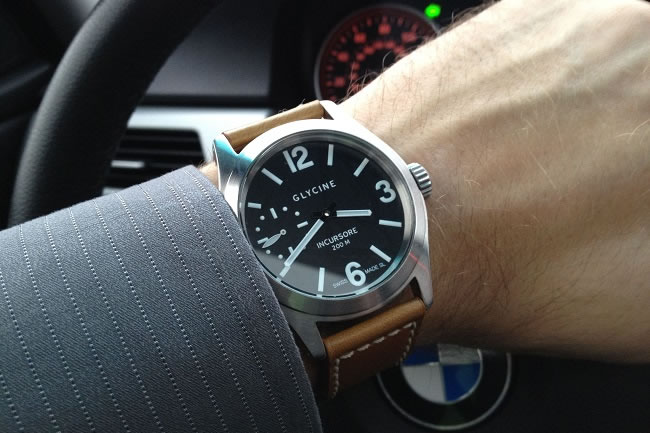 A regular wrist watch is manufactured using a man-made design, led by various stages of engineering until a satisfactory level of completion is achieved.

A Glycine watch is born from a fascination of the innovative, a passion for the technically challenging, and an eye for fine detail coupled with precision movements.

Founded over a century ago by Swiss watchmaker Eugene Meylanan, it comes as little surprise that the recipe for creating such perfect timepieces has barely altered.

Not yet fulfilled with his achievements, Mr Meylanan carefully crafted these pieces using an assortment of precious and semi-precious metals.

Proving it was not a fluke of innovation, a short time later Glycine introduced to its range, a self-winding watch which was met initially with some speculation, but proceeded to establish itself as an innovative and highly prized collector’s item.

In the aftermath of WW2, Glycine established itself as a world renowned supplier of innovative timepieces with distinction. One particular line of watches which to this day enjoys legendary status is the Glycine Airman.

Born in the skies, the airman was originally designed to cater to the wishes of the growing number of airline pilots in the 1950s. Quickly becoming the "go to" wrist watch for pilots around the globe, the airman took pride of place flying across the skies of Vietnam, to the record breaking NASA Gemini 5 space mission of 1965.

The Airman 1953 Vintage Continues on from 25 generations of ultra-reliable pilot watches, paying tribute to its legendary ancestors of the sky.

Capturing the timeless beauty of the original, but updated to house the latest modern technical requirements; this beautiful timepiece is even presented in a wooden case just as it was over 60 years ago. 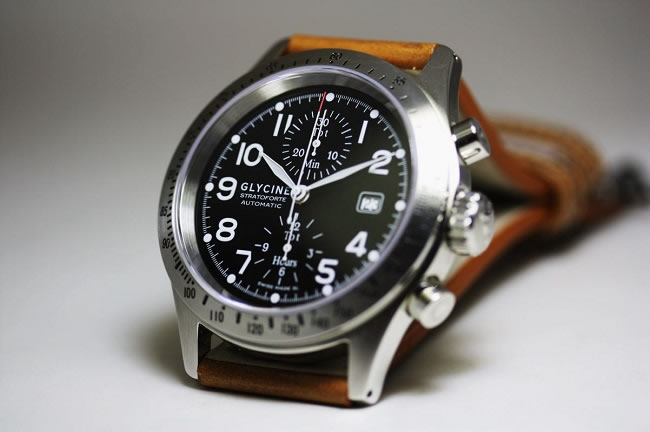 "Every stylish Glycine watch has a story to tell"

Merely 600 of the 1953 Vintage will be produced, making way for collectors and connoisseurs alike, to capture an unforgettable era of pioneering pilot watches.

Landing firmly back on the ground we can explore just what makes Glycine watches so special. For over 50 years the recipe has barely changed.

Captivating and rugged, the appropriately named Combat 6 Auto is renowned for its survivability and classic design, made possible by its signature hardened high-grade steel casing.

Enjoying popularity in both military and sporting heritages, the Combat 6 is available in a range of different models colours, straps and figures.

Just as Pete Conrad Jr chose a Glycine watch for his record breaking space mission, every stylish Glycine watch has a story to tell. Which one will you pick to tell yours? 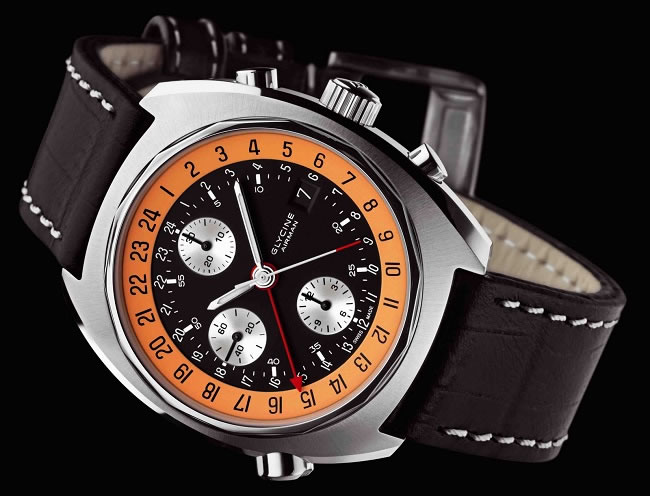