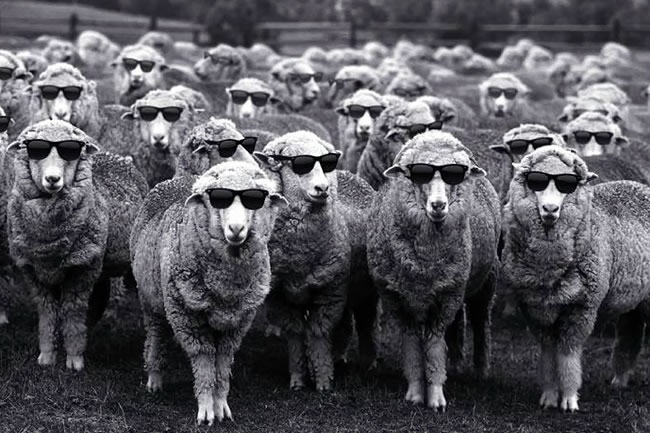 As mentioned it was in the 80s when this campaign ideas was first born and now it’s been given a new lease of life with light-weight fabrics and yarns so the wearer keeps cool under the temperature.

Those designers are all very familiar with Merino wool and have used the natural, renewable and biodegradable fibre in their collections each season and again for their SS15 collections for the lighter weight Cool Wool benefits.

Indeed, the Merino wool fits all seasons and is suited for warmer seasons and climates. To coincide with the men’s side of London Fashion Week (LC:M), the designers were asked to create their interpretation of a Merino sheep.

Each original Sheep Art will be donated to the British Fashion Council (BFC) for use in an online auction in support of the BFC Education Foundation. British GQ Editor-in-Chief and LC:M chairman Dylan Jones has also participated and supported the Sheep Art initiative.

For a chance to win his digital artwork, the online community is invited to compete a ‘social’ auction by promoting the Sheep Art campaign with #coolwool and an image of their favourite Sheep Art.

For a chance to win his digital artwork, the online community is invited to Facebook 'like' or Twitter retweet their favourite from the Sheep Art campaign. The winner will be the entrant who gains the highest social traction, between likes, retweets and favourites