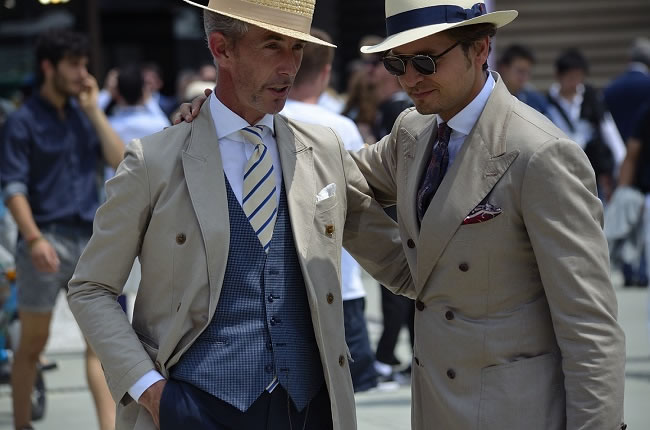 The twice yearly Pitti Uomo trade show in Florence Italy is one of the most significant events on the menswear calendar. However, the street style has become equally important since it is the place to spot new trends and styles worn by guys attending the event.

As usual MWS brings you our top spotted trends so you can stay ahead of the fashion game.

Hats in general were very popular this season. Light and neutral colour straw hats in different shapes and sizes. But by far the most popular was the Panama hat which has an Ecuadorian origin.

At one point we spotted around 20 guys all wearing one. They team very well with suits, especially light shades of linen, creating an overall sartorial summer look.

Also due to the predominantly white colour, they create the perfect clean canvas to go wild with the rest of the outfit without the fear of colour clashing. 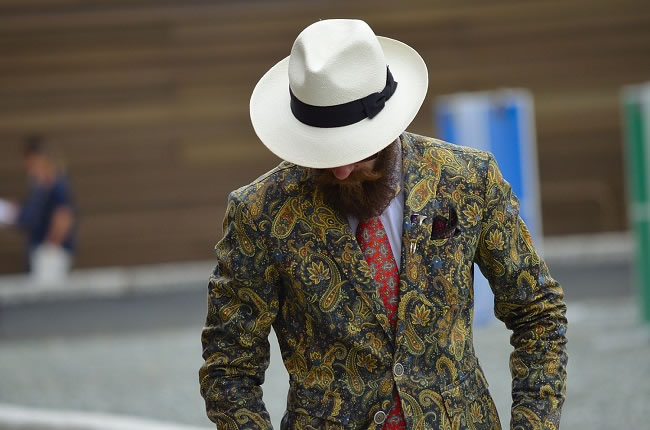 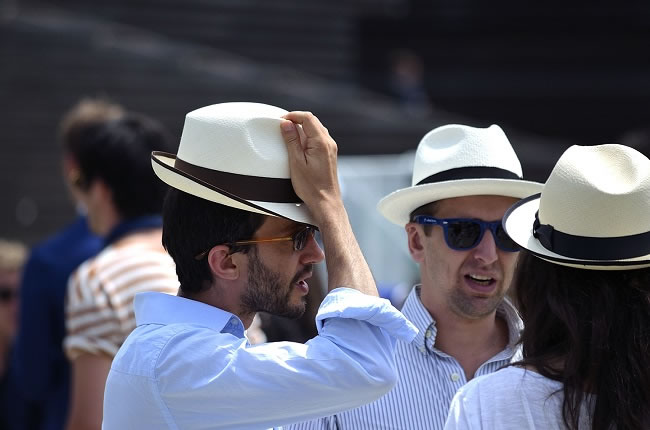 "The Panama hat which has an Ecuadorian origin"

We’ve seen sneakers slowly entering the office environment worn with smart attire such as suits, blazers, trousers and shirts. But this is a highly significant trend for Pitti Uomo since this place is known for its fine formalwear and smart tailoring. We’ve never seen so much sporty footwear at this trade show [A step in the right direction we say]. 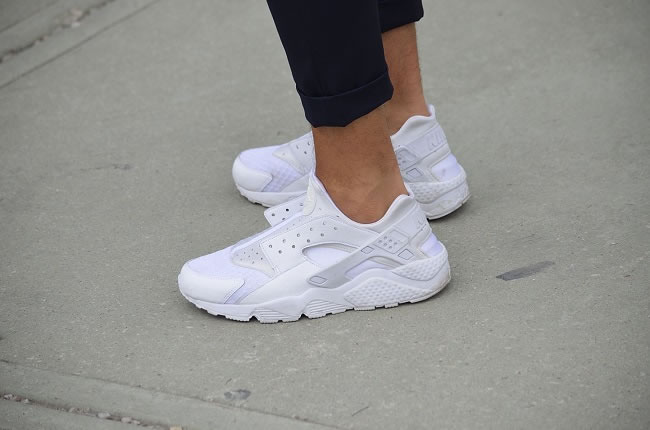 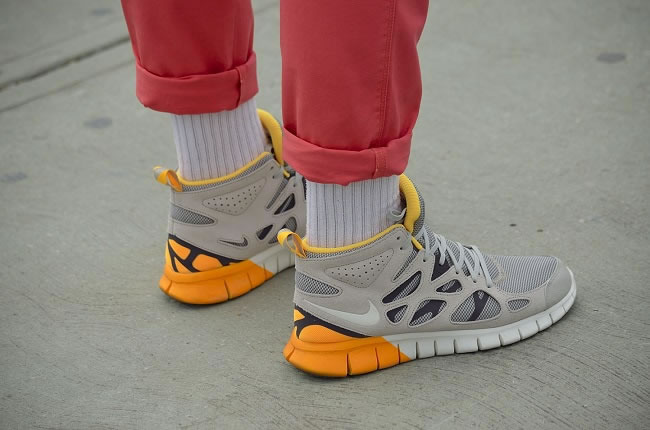 We reported on this trend this time last year but it’s taken a while to break into the UK. We’re now starting to see them stocked at big retailers such as ASOS and Topman so expect mirrored sunglasses to be the eyewear choice of the British summer. We spotted them a lot again at Pitti 86 this season so they’re certainly here to stay. 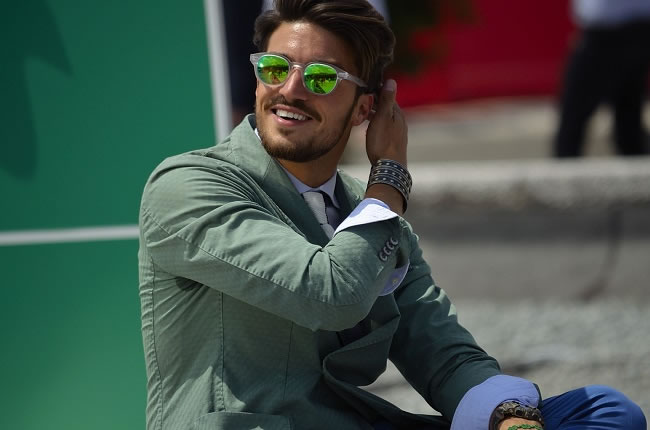 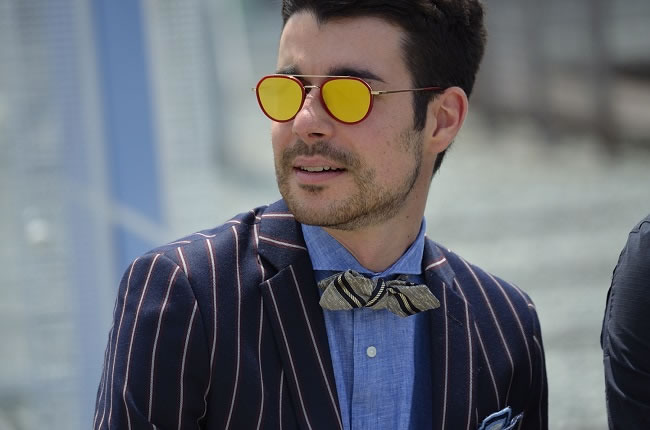 "Expect mirrored sunglasses to be the eyewear choice"

Forget everything you’ve learned about styling your tie. The usual rules such as "the length should sit just above your belt buckle" and "the thinner edge should be shorter and concealed behind the thick edge".

We’ve noticed it’s popular to have both edges showing side-by-side. Some guys even tucked their tie through their shirt button holes halfway down like a doctor - also referred to as a 'Military Tie Tuck'. 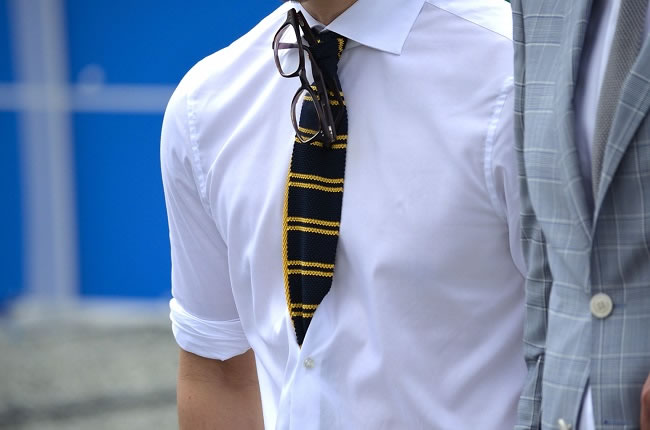 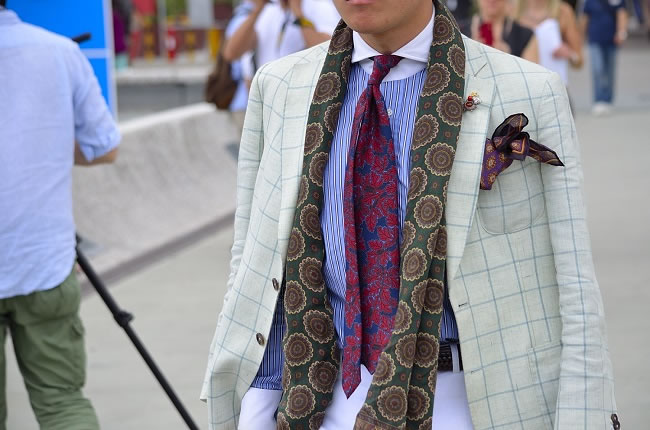 "Forget everything you’ve learned about styling your tie"

Floral and Paisley prints were by far the most popular print pattern seen. They make a statement whether it’s a in a loud way via a print jacket or an understated way via a tie or pocket square.

It’s especially great to see the intricate and elegant prints set against a manly beard and tattoos making for a very intriguing contrast. 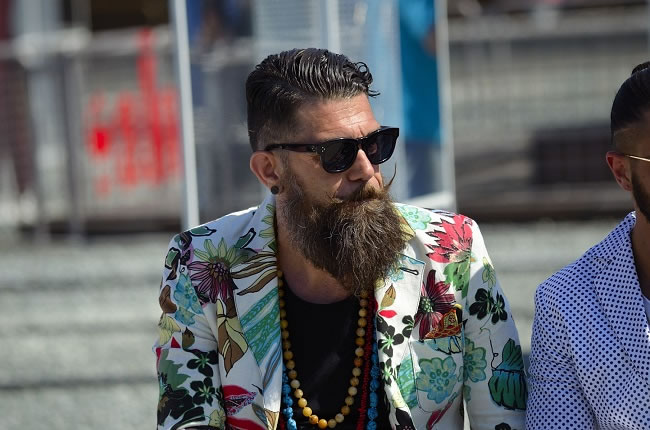