A TASTING WITH MASTER DISTILLER DENNIS MALCOLM AT VINOPOLIS 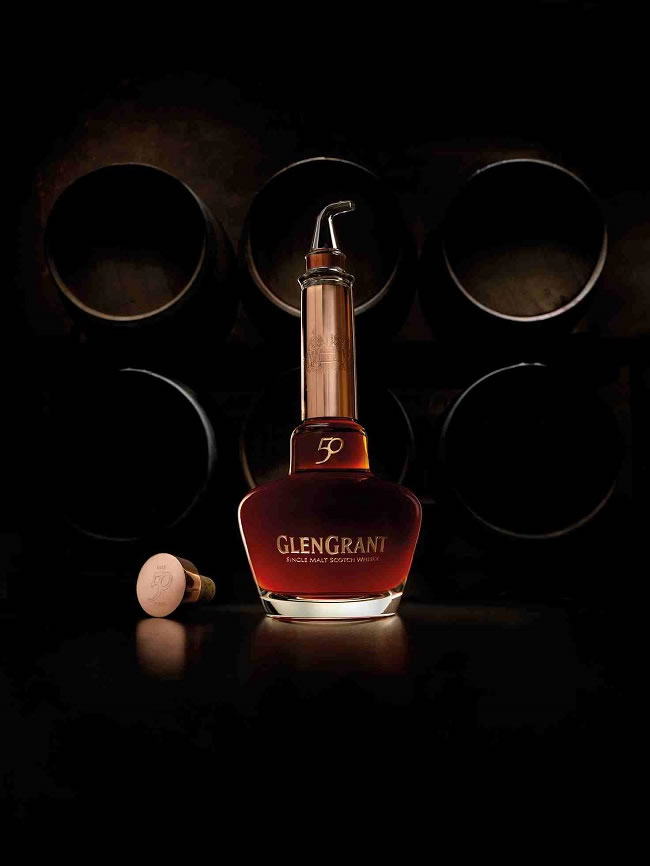 And now the moment you've all been waiting for” said Dennis Malcolm, the Master Distiller of Glen Grant as he prized open the copper-lined Scottish oak box, revealing the Glen Grant 50 year old single malt that he put into a special cask back in October 1963.

The audience inhaled audibly in awe of the prestige, which was a crystal-blown glass with hand finished 18-carrot gold lettering. All that was lacking was a plume of dry ice and a standing ovation. 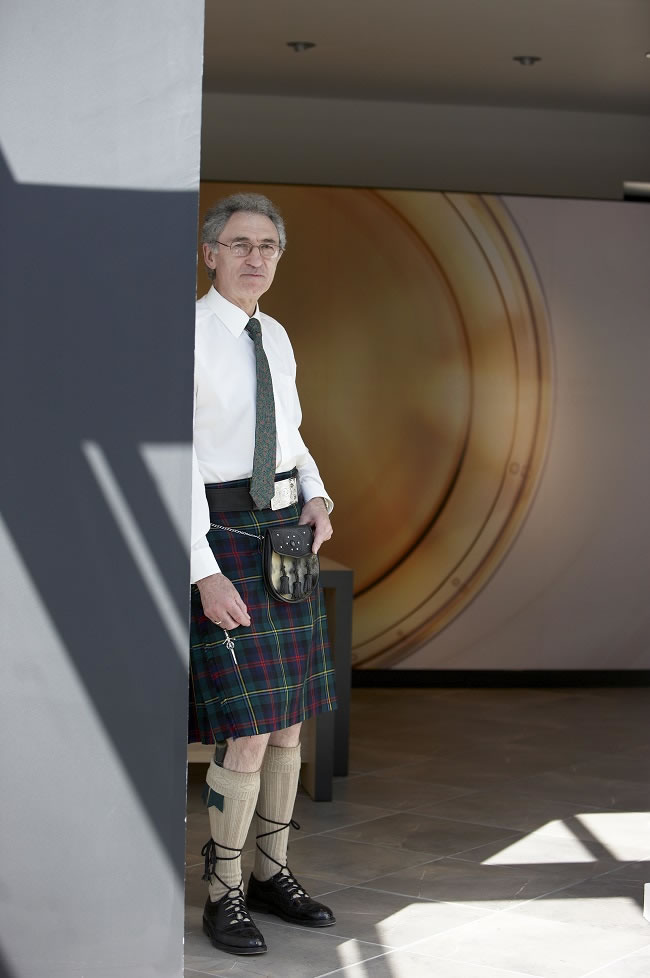 I was lucky enough to get on it, I mean, sample some of Dennis Malcom's handiwork when he unveiled the 50 year old at a tasting down Vinopolis, London Bridge. I thought I'd share with you my thoughts, and as it's Halloween season, include some recommended viewing.

16 Year Old - a reserve. 43%, little sherry and hints of honey and orchard fruits give it a lasting, complex finish. Drink whilst watching Richard Donner's 1976 'The Omen'. Enjoy two masterpieces simultaneously. The finish on both of these pieces of art will have you thinking about nothing else for days. The 16 year has a real kick, and nearly took my head off. The film has a classic beheading scene. The similarities are endless. 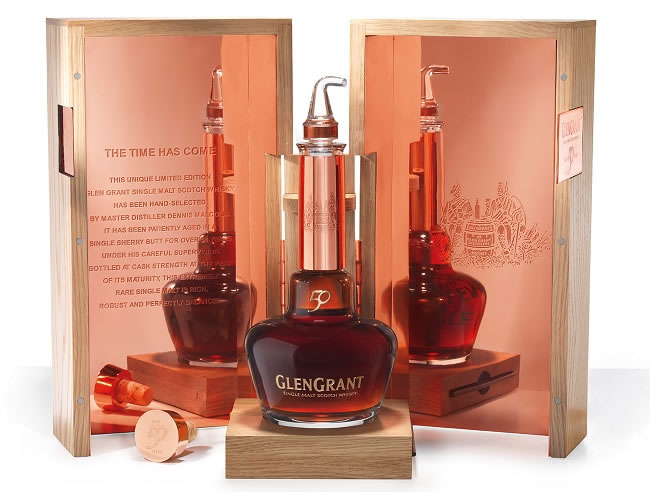 170th Anniversary - a special blend, taking months and months of blending from the distillery's most valuable casks. Drink whilst watching Terence Fisher's 1958 'Dracula'. Like Stoker's Dracula, this whisky also comes in a coffin box and is groundbreaking. Like the horror film itself, the whisky has a cult following and has grown in stature as the years have passed. People have tried imitating both, but the original has yet to be surpassed.

Five Decades - plenty of dried fruit, raisons, a hint of smoke but not peated. Distinctive and smooth. Drink whilst watching Ridley Scott's 1979 'Alien'. Like the Whisky, this films lends itself to other classics, and is a homage to other iconic predecessors. The Five Decades is a celebration of fifty years dedicated to the experience of Master Distiller Dennis Malcolm. And like the Whisky, the film Alien was also a monster hit. Is that too tenuous? Sorry.

50 Years - and now the moment you've all been waiting for. Strong oaky taste, combined with hints of oranges and baked apples. Strong finish. Drink whilst watching John Landis's 1981 'American Werewolf in London' Landis, much like Malcolm has had many hits before with Blues Brothers, Animal House, but like the 50 Year, American Werewolf is his crowning achievement. Nothing short of a masterpiece. Both the whisky and the film is dark, yet with some light touches. To be enjoyed with friends. Well as the 50 Year old retails at nearly 10,000 Euros a pop, that's nearly £200 a glass, maybe you might want to fly solo on this one.