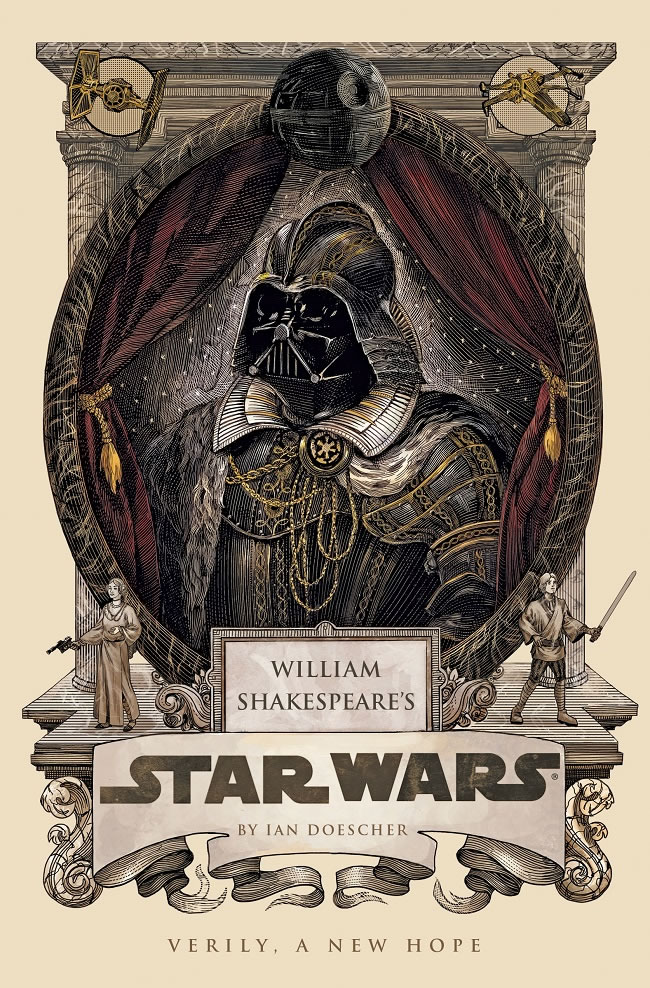 If like me your favourite two things in the world are Star Wars and Shakespeare (Roger Moore Bond films coming in a close third) then this William Sheakspeare's Star Wars trilogy from Quirk Books makes an ideal present when shopping for yourself this Christmas.

The Box-set features mashed transcripts from Star Wars, Empire Striketh Back and The Jedi Doth Return. The author Ian Doescher clearly has a fondness for the subject material as well as a craft for retro-fitting the films dialogue into prose.

The books are beautifully presented, wonderfully illustrated and some creative license has been extended to some of the characters dialogue. For example RD-D2, a droid in the film that communicates in beeps and squeaks, is given a soliloquy in Doescher's out-of-the-box interpretation.

In Return of the Jedi the Ewoks are limited to short grunts and syllables, in The Jedi Doth Return, the Ewoks come to life with wraps of colourful verse. 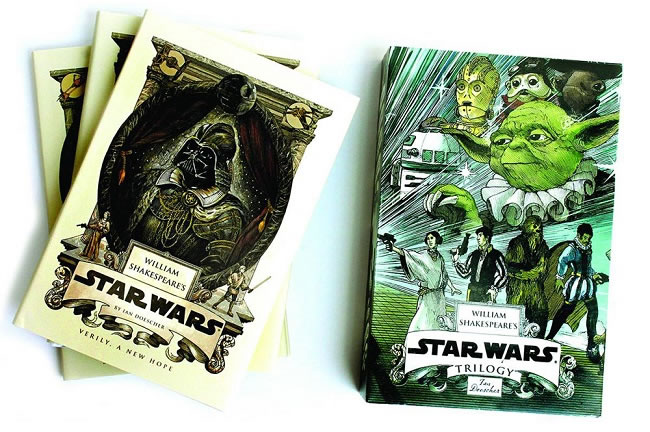 This book is immensely enjoyable and is a wonderful accompaniment to the Lucas films. Ian Doescher is a New York Times best-selling author. He currently lives in Portland, Oregon with his family. Although he refused to be cornered when I asked him whether he'd ever masturbated to Carrie Fisher in a metal bikini, he did manage to answer a few other questions.

What is your favourite Star Wars film?

"For me it was Return of the Jedi. I know it goes against the subculture of Star Wars fans as Empire Strikes Back is often cited as the best, but I grew up with Return of the Jedi, saw it at the cinema etc, its what got me into the franchise."

Well, I guess we're all entitled to our opinions. And out of the films which one did you most enjoy transcribing?

"Great question Pete and a tough one to answer. I'd say Jedi Doth Return was the smoothest of the three, by that time I had got into my rhythm, figured out the iambic pentameter and it flowed more freely." 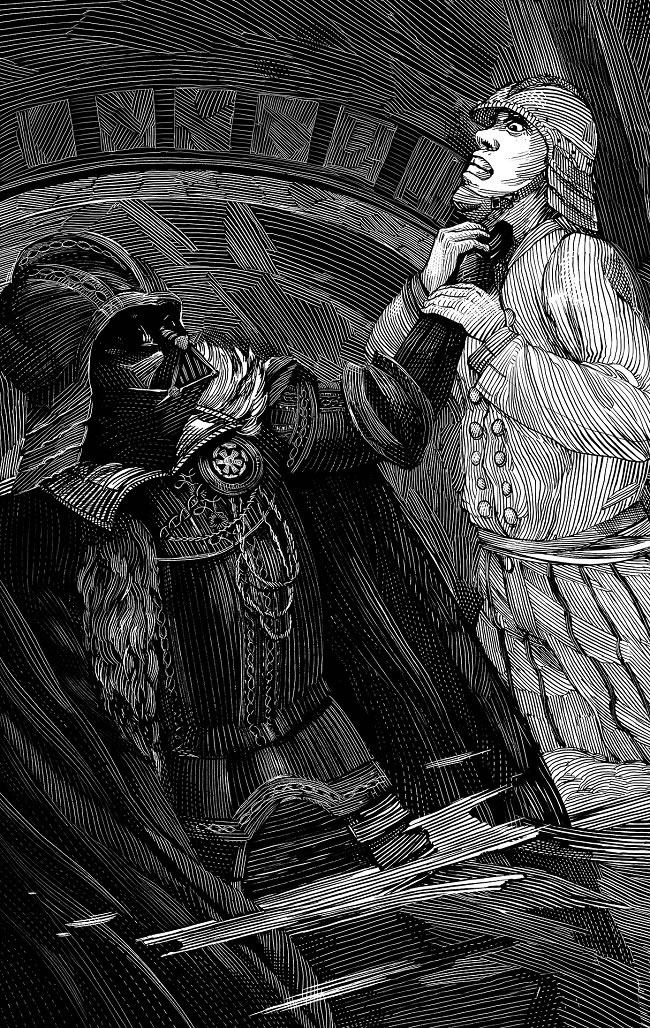 Are you looking forward to the new films?

"I think like everyone else I'm cautiously optimistic. I know the majority of the original cast have been given a call up and most of them are on board. Lawrence Kasdan is one of my favourite screen writers, JJ Abraham's is a good director so its in good hands."

What are you working on next?

"I have a few new projects on the go, one involving some Shakespeare. I love the idea of a William Shakespeare's Godfather." 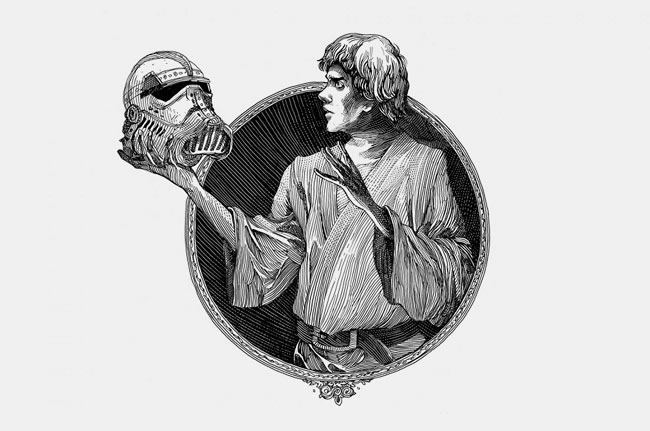