A VISIT TO THE NEW 'THE WILLOWS' FACTORY IN SOMERSET 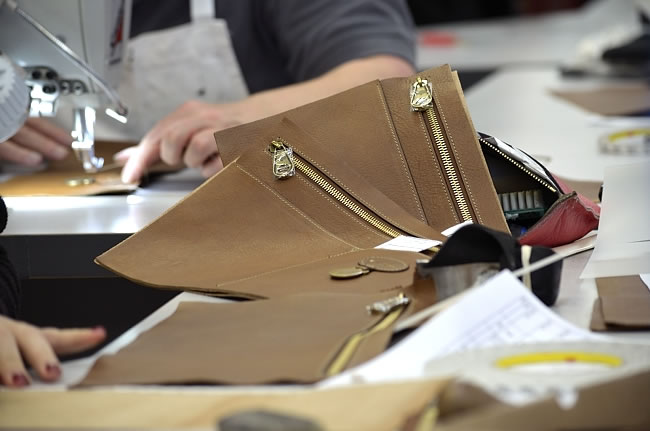 Nestled deep in the fold of the rolling Mendip Hills in the English county of Somerset – ancient stronghold of King Alfred and heartland of the glorious Glastonbury festival – nestles the village of Chilcompton. It is here that the young entrepreneur Roger Saul founded Mulberry with a £500 birthday gift and a boundless passion for leather.

We recently visited the newest Mulberry Factory to find out more about the company and its manufacturing processes. 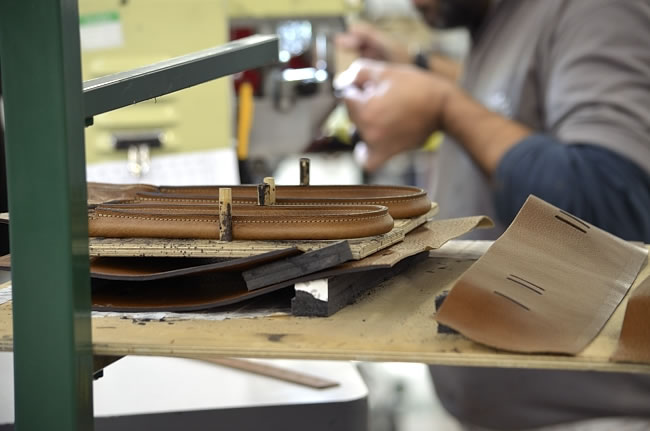 Having recently opened, their new £5million – The Willows – factory in Bridgwater in March, an hour away from their flagship factory, Mulberry now employees more than 600 British workers and its two British factories produce over half of all Mulberry bags.

Their British factories will always be the beating heart of the brand and represent a significant part of the company’s business investment, considering they;re the largest manufacturer of leather goods in the UK. 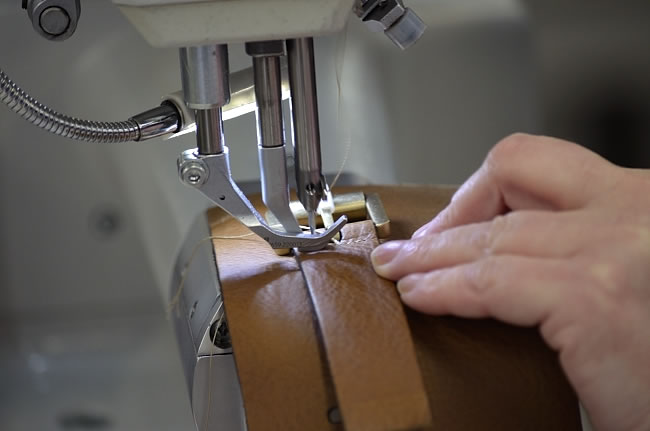 Today Mulberry is known as a leading British luxury leather and fashion brand, with a turnover of £163 million and over 126 stores worldwide. Season after season, Mulberry’s designers and expert craftsmen and women continue to create beautiful products for their international audience but getting to be part of the production line is serious business.

Procuring new craftsmen is difficult as the production processes are highly technical. With this in mind in 2006, Mulberry started an apprenticeship scheme in conjunction with a local college in Somerset to offer training in Leather Goods Manufacturing. 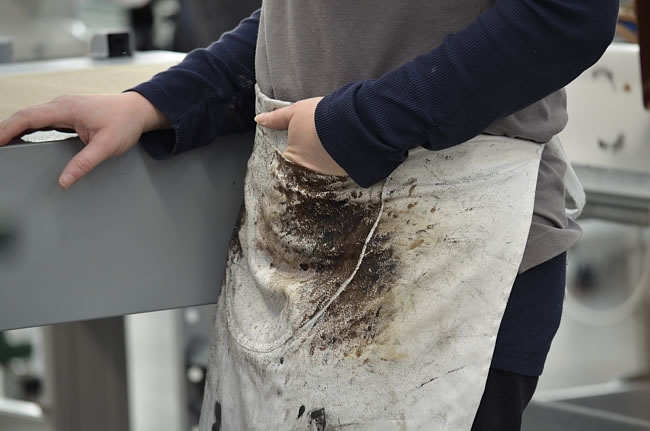 The programme has been a resounding success and has seen 70 apprentices graduate since 2006, with 49 of which are still with the company as permanent employees today. It’s not without question that the affect Mulberry has on its surroundings is nothing but positive and they go to all lengths to improve and maintain their craft legacy.

The Mulberry apprenticeship scheme trains the next generation of British craftsmen and craftswomen, and each year there is even a waiting list of students waiting to join the company. 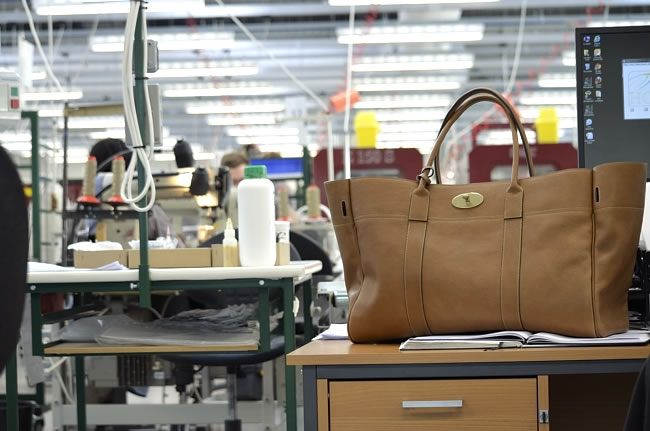 These craftspeople work on leather day-in-day-out, creating the modern luxuries we expect from Mulberry, including their iconic handbags. But where does the leather come from? The majority comes from European hides mostly tanned in Italy, where the skills and artistry of leather tanning is renowned worldwide.

It then goes through approximately thirteen processes over nearly 6 weeks, such as liming, pickling, tanning, dyeing and finishing before it is shipped out to the UK to be used. Mulberry use a range of calf and goat leathers and even Ostrich and Alligator, all of these go through Mulberry’s Natural Veg tanning process which brings out the natural characteristics of the leathers. 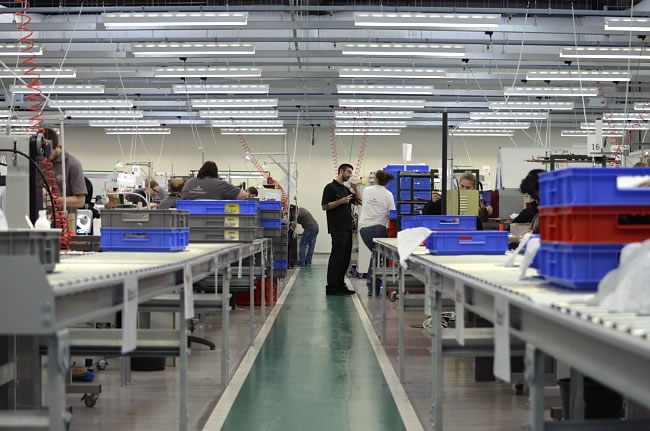 A special feature of this leather is that as it ages, its soft natural look is enhanced. To select their skins, Mulberry sets a sealed sample skin, which the tanneries use to match against. Sealed samples are regularly established and signed off against specifications and a team of inspectors visit all the factories for quality.

Each piece of leather is hand cut and crafted, with each piece especially cared for depending on its type as each leather has its own special qualities.

This factory can finish some of their pieces in just under 4 hours but it’s all dependent on the style. The Bayswater model takes 3 hours and 40 minutes from start to finish and a Willow takes around 5 hours. 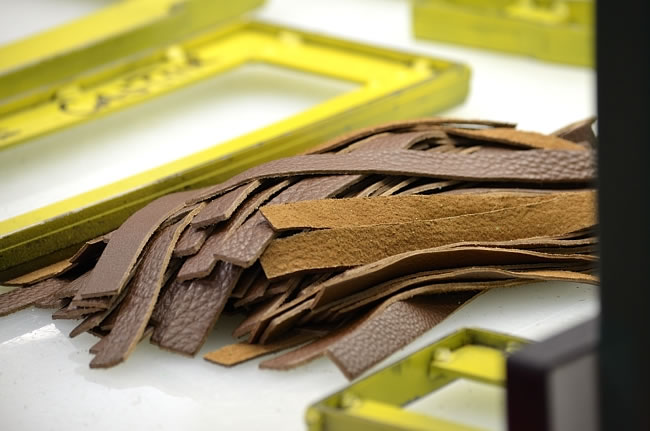 What’s even more impressive is that we were informed that in this time, some pieces go through as much as 41 operations from start to finish and every stage involves intricate hand skills to achieve a beautiful finish.

Prior to the opening of 'The Willows' meant that Mulberry only had a finite capacity which only allowed them to make the majority of the best-selling and core styles. The expansion of the factory has increased the amount that can be produced in the UK and the opening of their second factory in Somerset this year has double their UK capacity. 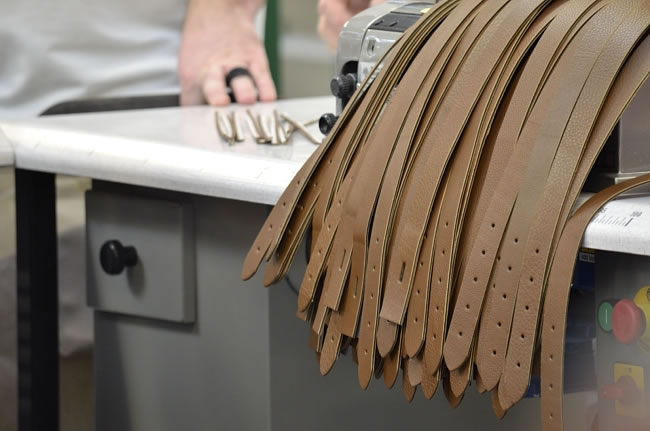 The benefits from their UK productions means that they have the ability to achieve a quick response to developing their own new techniques in production as well as having optimum control of their quality.

They provide jobs over here in Britain and now that production has been doubled, their quality can persist and bring good old British factory life back to its roots. This English Heritage is rarely seen nowadays without it being a selling point by brands based out of America or the Asia’s and Mulberry’s 50% British Production line makes for a distinctively refreshing change. 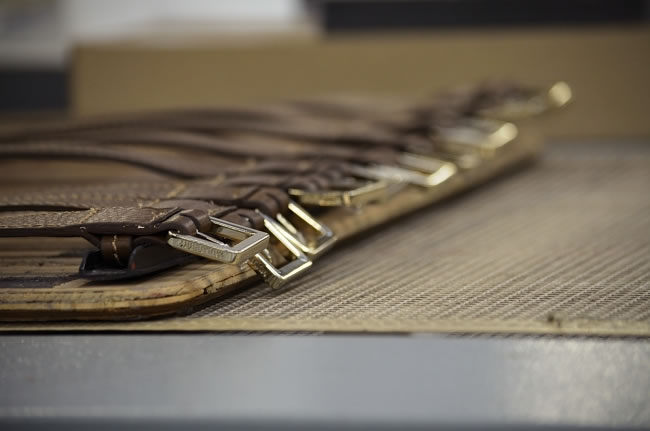 “There’s 340 people on site here and I believe Mulberry is the best company to work for in the world. We’re neighbour to a 13,000 workforce mile-long Morrisons building next door, but when someone works here they’re given 5 weeks training and they’re well looked after. They are treated the way I would like to be treated. I’ve worked here 7 year and I’ve loved every minute, It was a dream when I got set up this factory from scratch. In this craft orientated environment it can be highly emotional, people have left the factory floor crying on many occasions. It draws out the emotions in people, they put real passion into their work.” - Pete Carver, Production Manager. 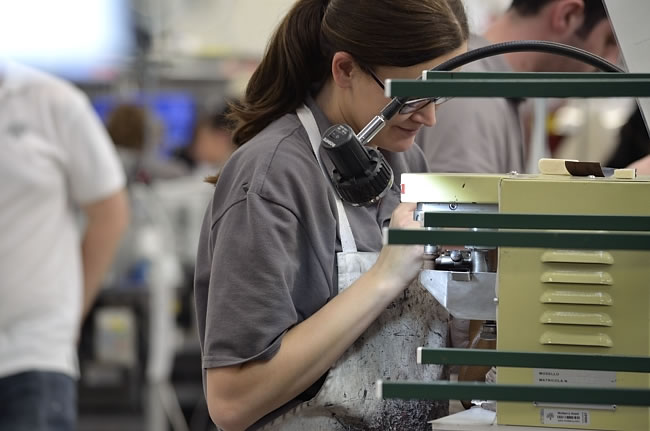