BACKSTAGE AT LC:M WITH TOPMAN

BEHIND THE SCENES AT TOPMAN’S AUTUMN/WINTER 2015 SHOW FOR LONDON COLLECTIONS: MEN

Written by Menswear Style in Events on the 13th January 2015 / Backstage at LC:M with Topman 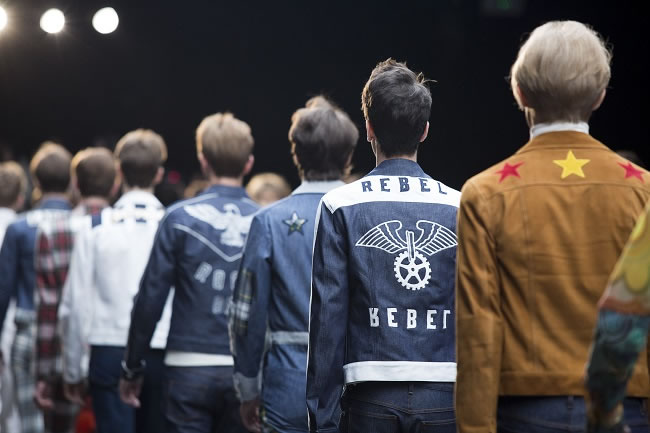 Kicking of LCM this season was Topman Design, and whilst the likes of Tinie Tempah, Dermot O’Leary, Nick Grimshaw and Ben Haenow were showing face on the FROW, we were backstage experiencing the other side of a fashion show. There’s models being groomed by hair and makeup artists in one corner, with stylists and clothing rails for each look in another corner.

Then there’s Gordon Richardson being interviewed for major print magazines whilst finished models entertain themselves on their smartphones waiting for the show to start. It’s amazing to see this side of a fashion show, witnessing all what is put into an autumn/winter 2015 runway show, lasting only a few minutes and set to the soundtrack of Kano, Osmonds and David Essex. 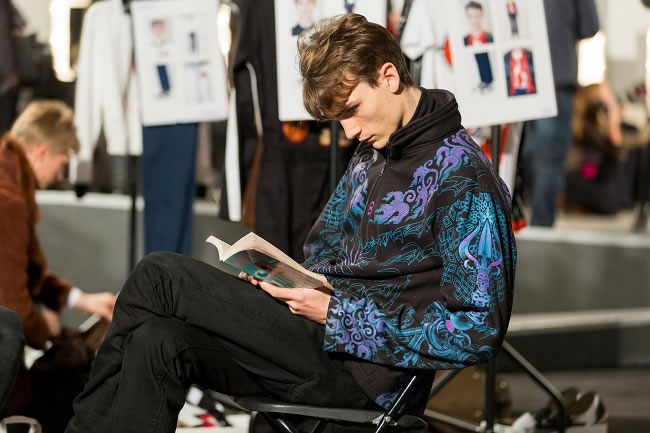 Later in the day brought us MAN, a project established by 2005 by Topman and Fashion East which identifies and supports the most exciting new menswear names. 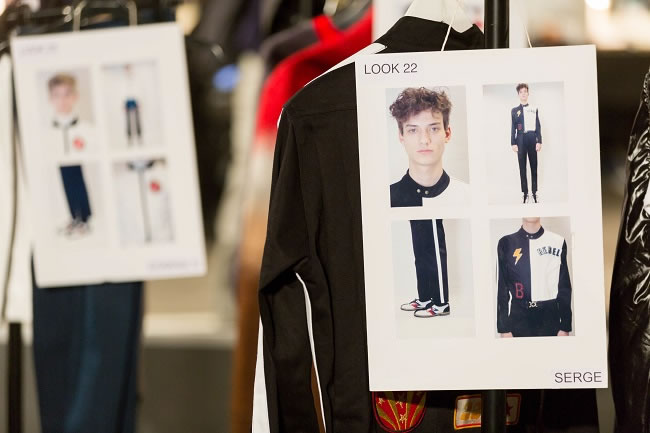 This season's new names included Rory Parnell Mooney, with a collection exploring the ritual art of dressing, adorning boys in powerful, ecclesiastical shapes born from images of European rioters. Next up was Liam Hodges who is interested in expressive, polysyllabic masculinity and graduated from the Royal College of Art. Finally, designer Nicomede Talavera showed his long tunics over trousers, summer-bright gingham and scrunched leather pillow bags. 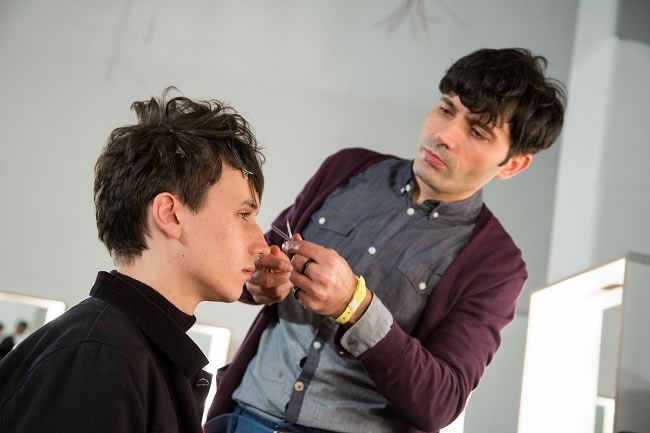 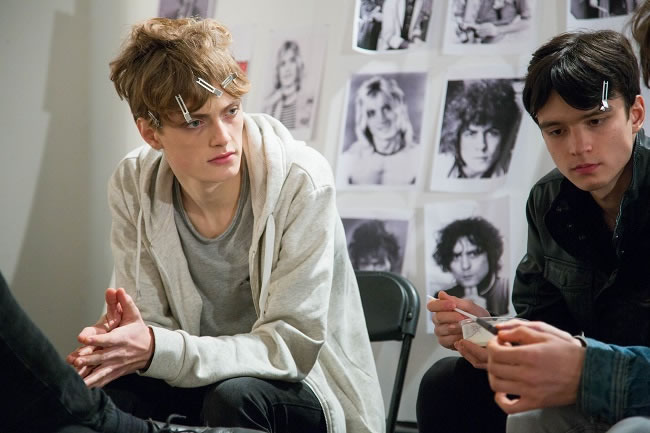 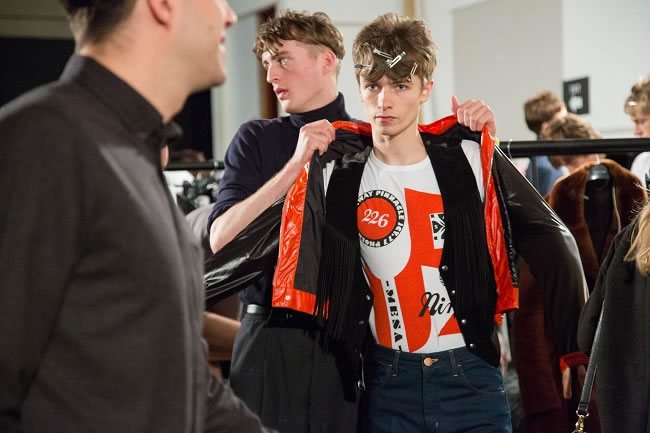 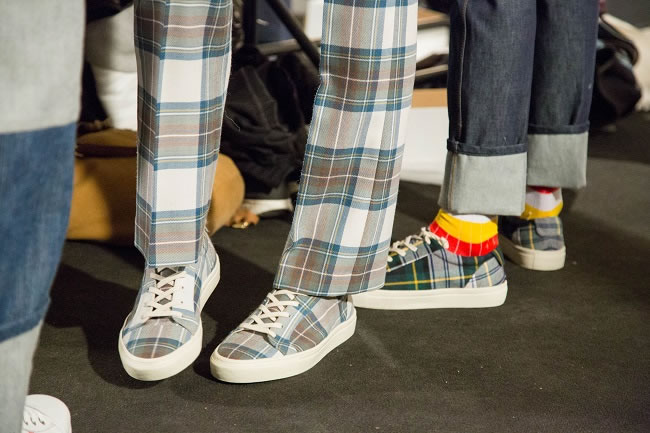 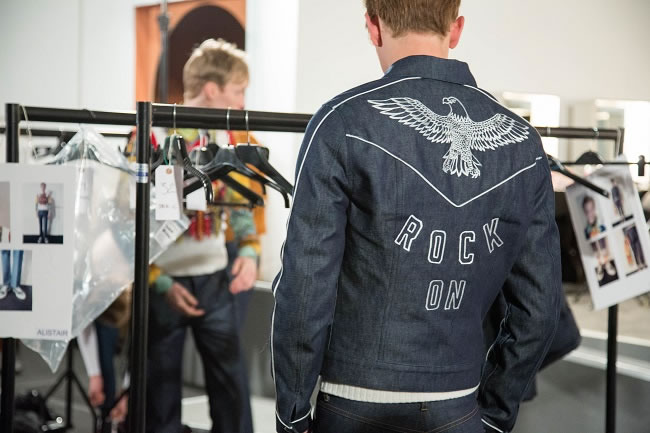 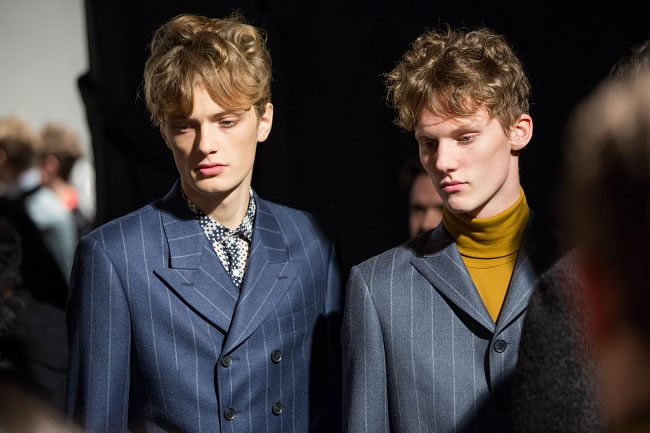 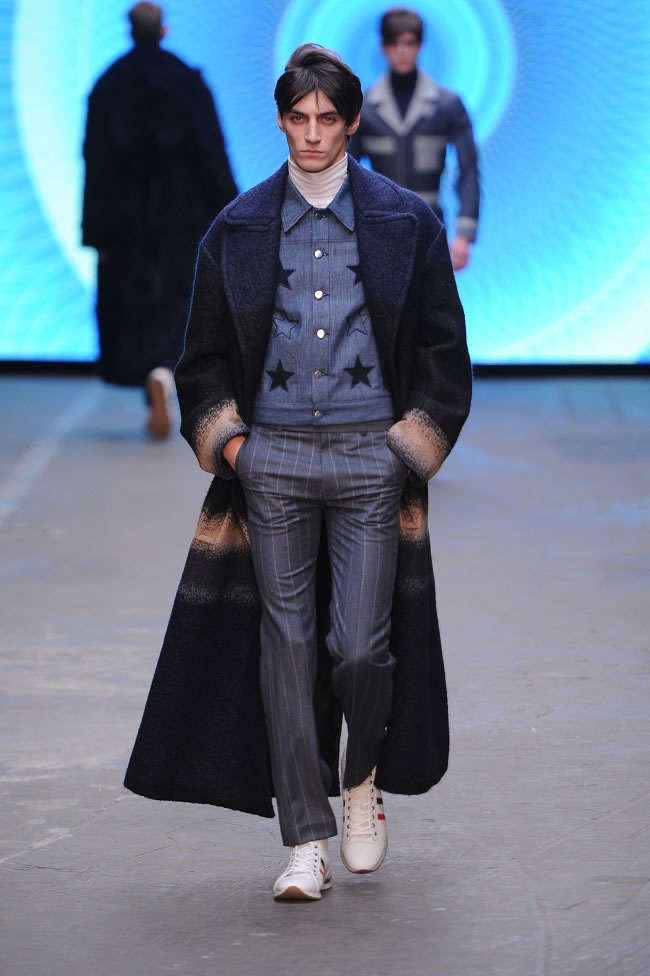