Written by Menswear Style in News on the 16th January 2015 / Christian Louboutin Partners with E. Tautz 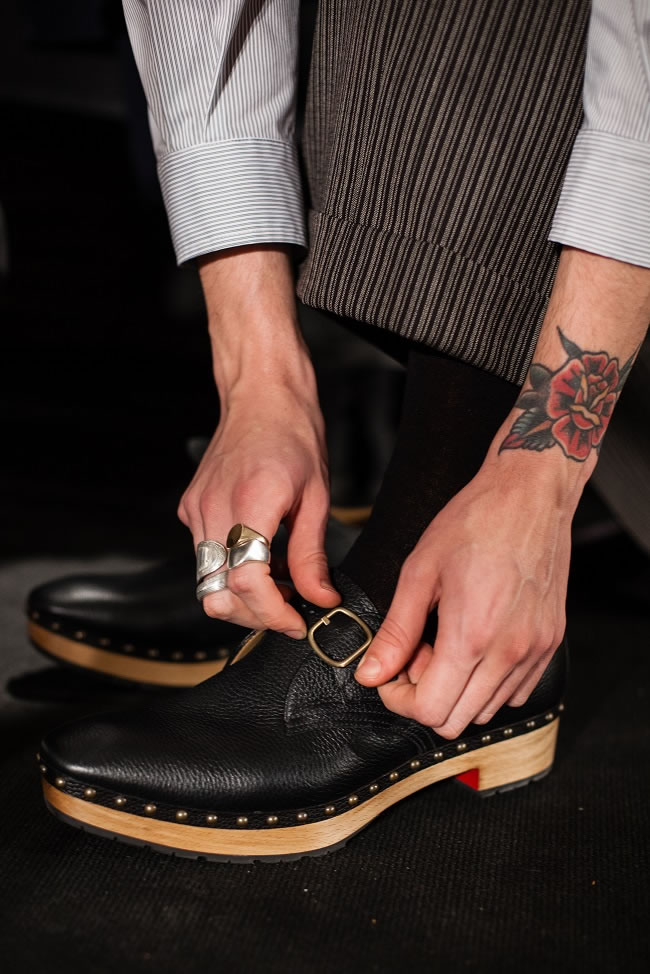 Christian Louboutin collaborated with E. Tautz for the fourth consecutive season, having met the designer Patrick Grant, when he discovered his formal tailoring business Norton & Sons on a random stroll around the neighborhood.

“Monsieur Louboutin was in the shop one day and happened to overhear me moaning about show shoes for SS14.” said British Fashion Award-winning E. Tautz designer Patrick Grant. “He stepped in and saved the day.” 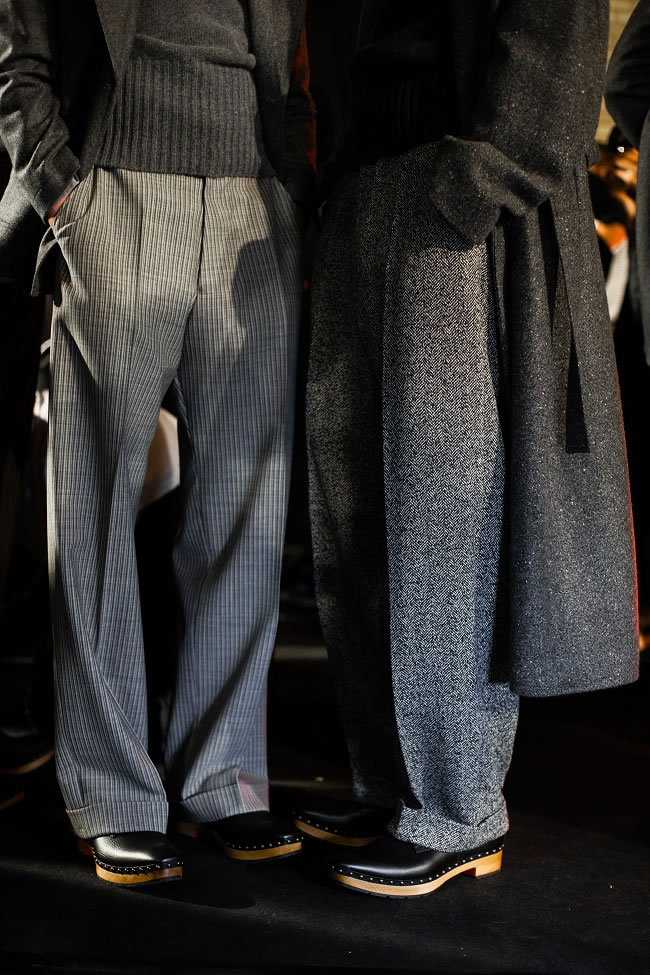 This season, the original shoe designed by Christian Louboutin named 'Louis XI' stays true to the inspiration of the show – the industrial history of Northern England – boasting a single tawny buckle and muted brass studs on the upper.

A wood and rubber sole underscores the shoe, giving it a strong foundation with an elegant, modern cut and a flash of that very familiar shade of red. The shoe complemented a cohesive collection of impeccably tailored and generously cut trousers, jackets and outerwear, shown largely in a palette of grey.

The Louis XI will be available as part of the Christian Louboutin Autumn/Winter 2015 collection from July in selected Louboutin boutiques. 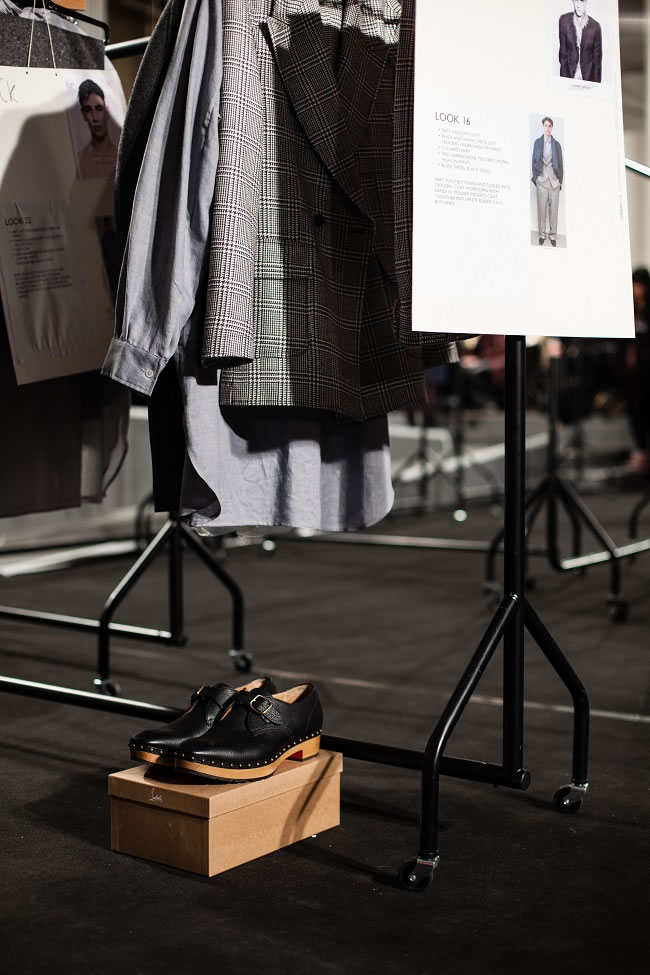 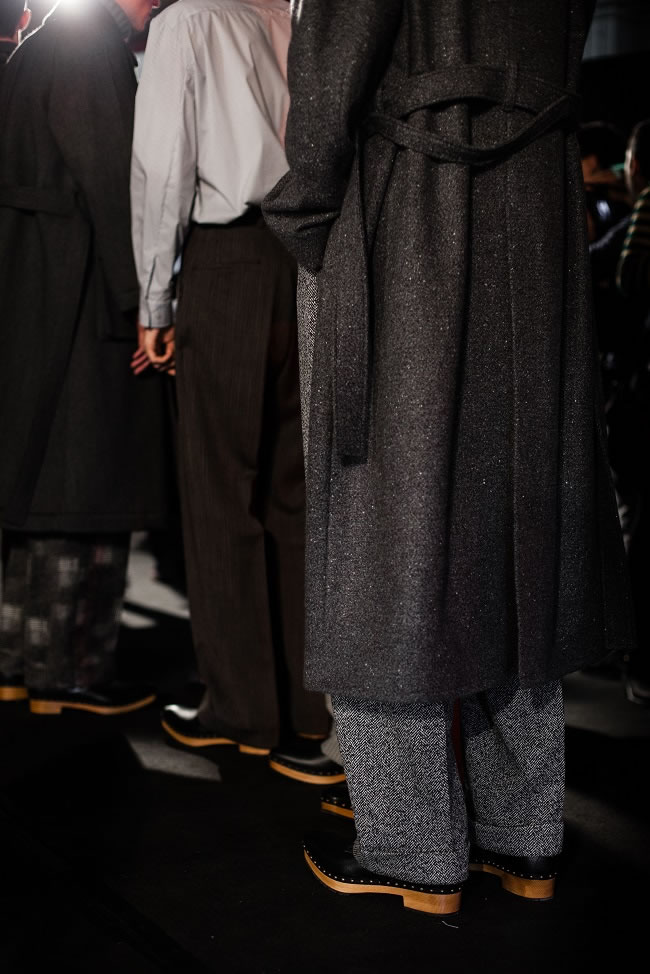 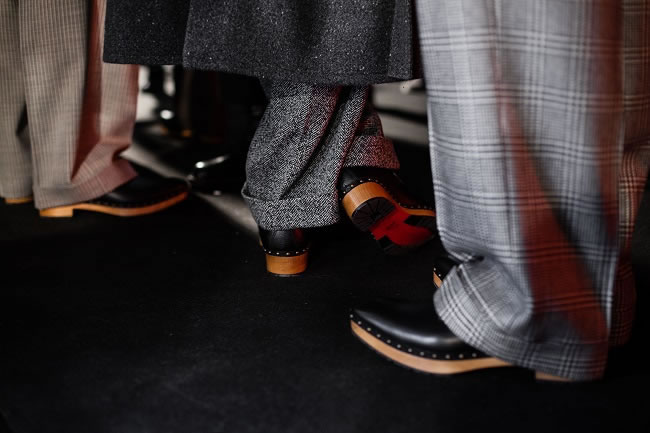 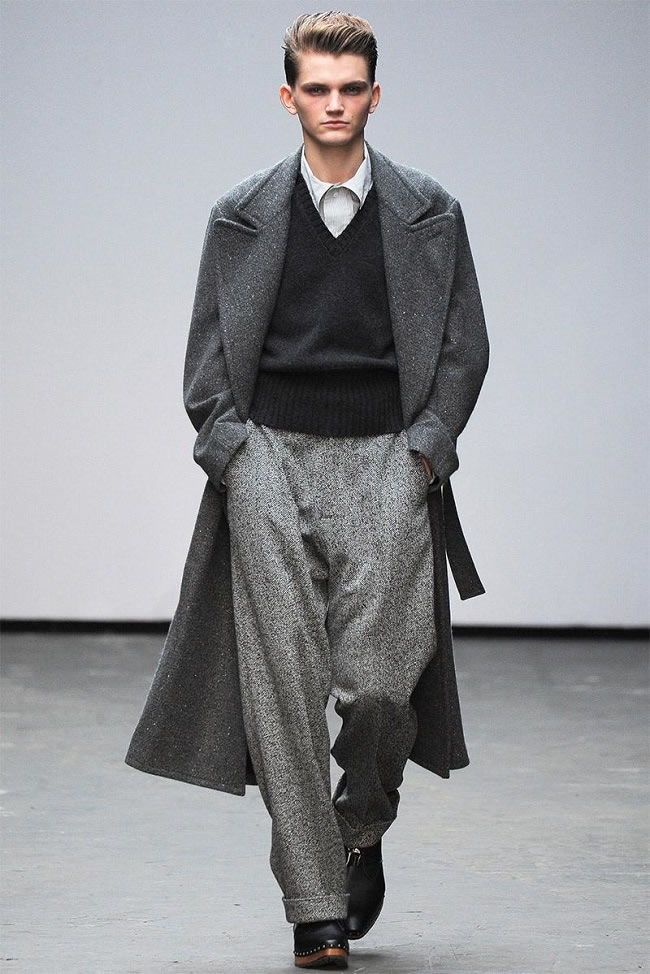