A NEW BRAND FOR THE MODERN GENTLEMAN 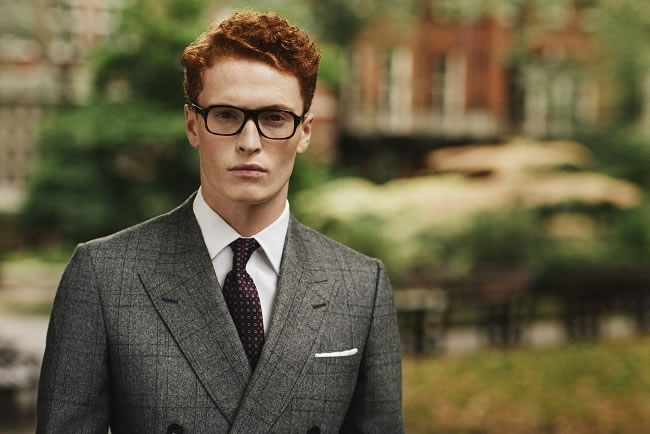 Just when you thought you'd seen everything that could possibly be done with product placement, an idea surfaces that is so genius, so straightforward and so obvious that it makes you question why it hasn't been attempted before.

Online retailer Mr Porter, Director Matthew Vaughn (Xmen: Days of Future Past, Lock, Stock and Two Smoking Barrels) and Costume Designer Arianne Phillips (A Single Man, Walk The Line) joined forces to create what can only be described as a fully immersive sartorial film experience in the form of a groundbreaking 'Costume to Collection' initiative.

Kingsman: The Secret Service exists as both a film and a luxury 60 piece menswear collection designed by Arianne Phillips, sold exclusively on MrPorter.com 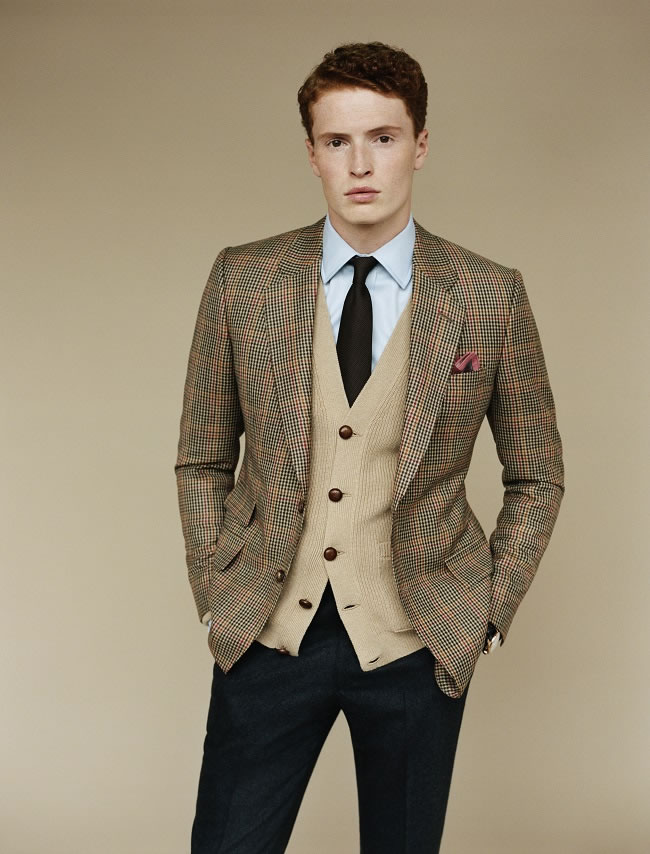 The film starring Colin Firth and Sir Michael Caine, is a about British spies cunningly disguised as Savile Row tailors, who protect the unknowing public from various threats, this time in the form of a villainous Samuel L. Jackson. It features the sharp suits, gadgets and cars which are the pillars of every modern spy movie, to complement the satirical plot.

The collection was developed in two strands: suits and outerwear designed under the Kingsman brand and co-branding with some of the best British traditional brands, including Turnbull and Asser and Cutler and Gross. 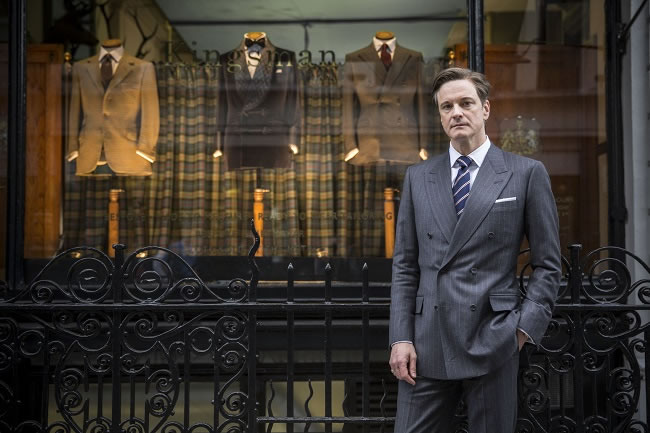 What makes this project different is that it is not only worn throughout the film, but available to buy from Mr Porter before the film is released. Rather than admiring garments worn in a film and then trying desperately to find a knock-down version, customers can purchase anything from pocket squares to classic suits made with the same care, attention and craftsmanship as the products in the film. 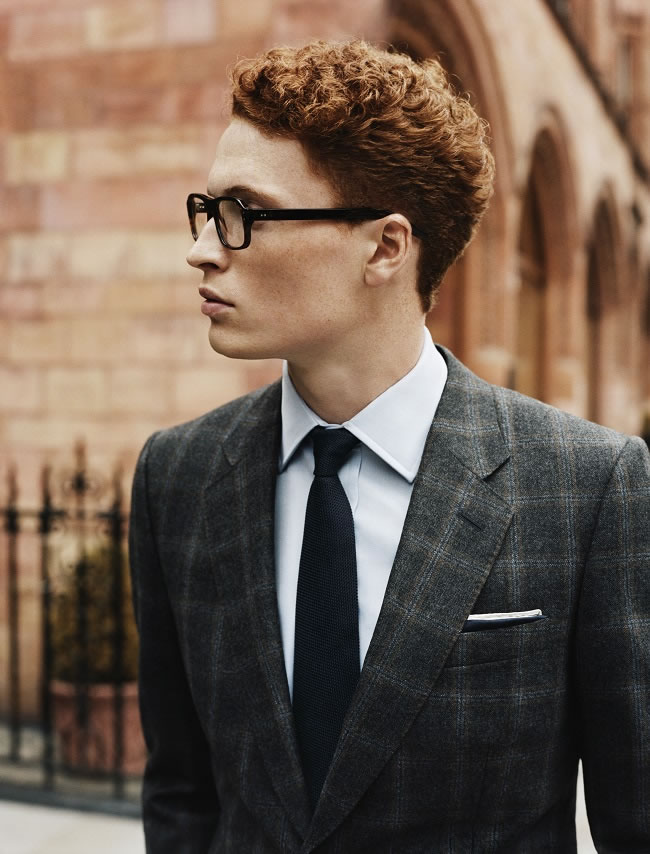 "It just hasn't been right yet. For the first time, film is global and for the first time culturally we're at a point where we have e-commerce, m-commerce with Mr Porter we have this same reach and it just seems like there's this synergistic thing that's happened and it makes it really possible for the first time."

This wasn't to say that the costumes were designed with an end game in mind. Although it was important that the collection was sell-able and commercial, it did not inform the design process or story-telling aspect of Arianne's role. For her, the process stayed the same, with the difference being a question of authenticity and integrity. 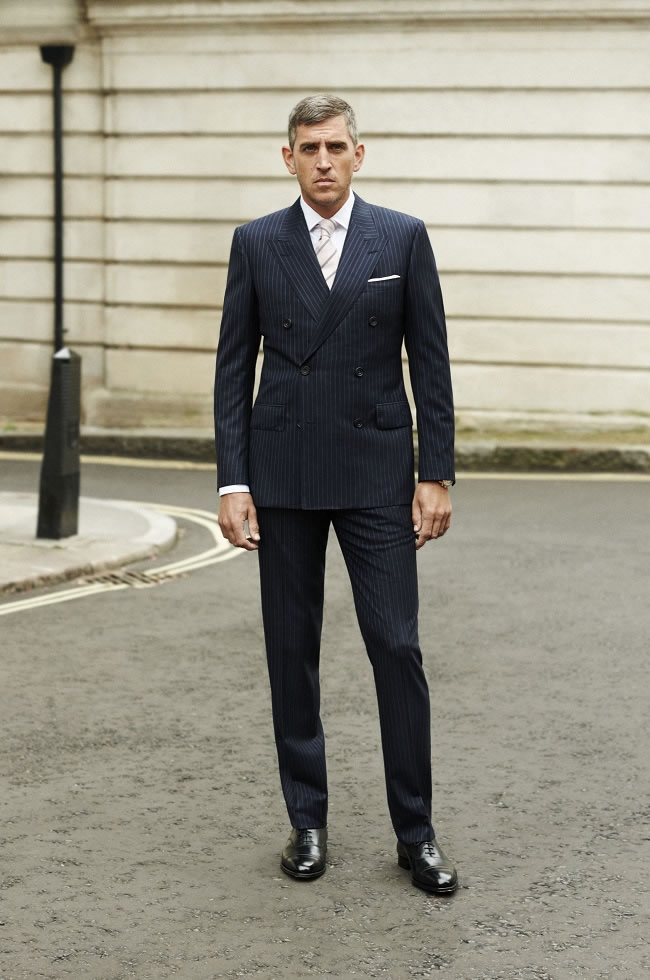 "I think the difference to other films, which in a way kind of made my costumes more thoughtful, is that I knew that this was eventually going to be a collection; how that informed me was, when I was for instance making choices about fabrics, I thought that if my name is going to be attached to any kind of collection, I'm going to make sure that it's got integrity to the film."

It would be very easy to write off this project as a masterclass in merchandising or a 120 minute infomercial, if it wasn't so inherently innovative. Interestingly, the suits were all double-breasted, as Arianne felt it was time for this classic Savile Row silhouette to have a modern makeover. 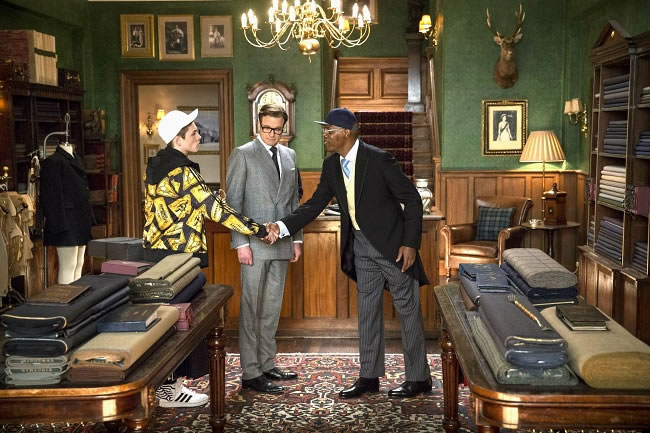 Mr Porter Buying Director Toby Bateman worked with Matthew Vaughn and Arianne on the film and on seeing the initial mood-boards, immediately felt the certainty of this direction saying: "From my point of view, supposedly commercial, it really struck a chord because I thought there is something different. There is something that we haven't got already on Mr Porter. Brands are not producing a well-cut double breasted suit. Brands are not mixing such traditional fabrics with a modern cut suit."

Behind this ground-breaking move, which is sure to change the way we shop yet again, lies a poignant story close to the heart of everyone who has an interest in classic menswear: the decline of Savile Row. Once the epicentre of the bespoke suit world, it has been threatened by decreasing demand and the rise of fast fashion.

When asked about this, Arianne responded, "I think it's a global problem with craftsmanship and the tradition is everything. In Hollywood we've lost our tradition of cobblers and that's why we have to embrace these different, amazing cultural craftsmanship. Talking to the tailors who have worked on Savile Row over the years, these people have to freelance to get work because the customer's changing and the culture's changing. Mr Porter is great; now the person in Tokyo or Omaha [who] maybe doesn't even know what Savile Row is, we can talk about it and they can access it globally in a positive way." 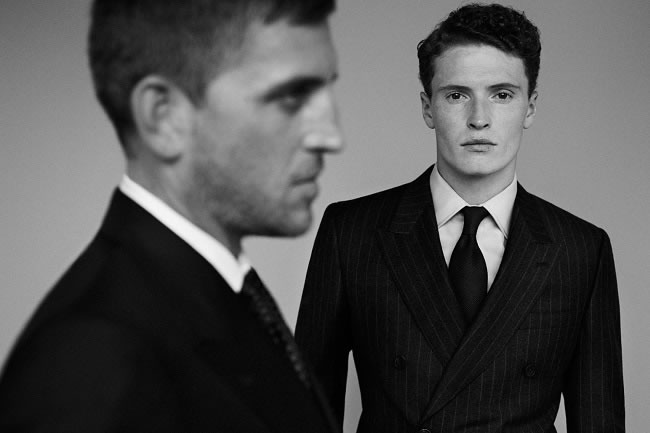 A second collection is expected in April 2015 to continue the line and hopefully a sequel will also come to light. Toby Bateman said, "Hopefully there will be sequels to the movie and they'll come around but films take a long time to make and release so and it will kind of shine the spotlight again on the collection. but ultimately, it might become a which came first? Kingsman the clothes or Kingsman the movie? And in reality, they came at the same time."