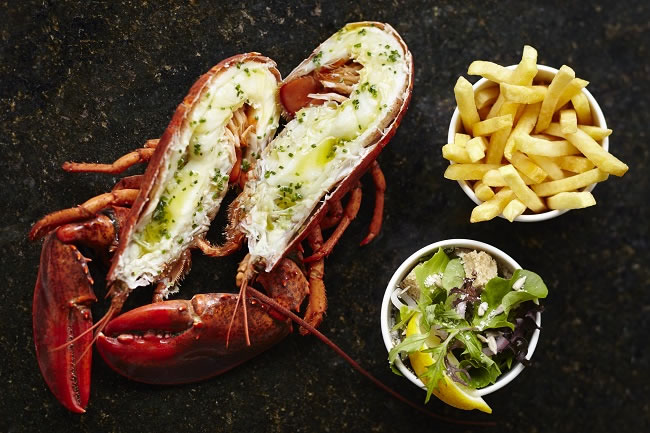 Unfortunately The Radisson Blu Edwardian Bloomsbury Street Hotel doesn't have an aquarium filled with crustaceans, so my dreams of replicating the great Paul Gascoigne lobster incident were dashed upon arrival. For those unfamiliar, Gascoigne once frequented an Italian restaurant and after a communication break down with the waiter, he dived head first, fully clothed into a cold water tank.

He surfaced lobster in hand, shouting "I want that one!"

In the past I have dodged the lobster, how can anything that looks like it should be attached to John Hurt's face taste any good? Plus I never like to burn more calories than I ingest when eating. Eating lobster looks too much of a workout, I'd imagine I would have to grapple the thing into a bench vice whilst cracking the shell through an oscillating spindle sander. 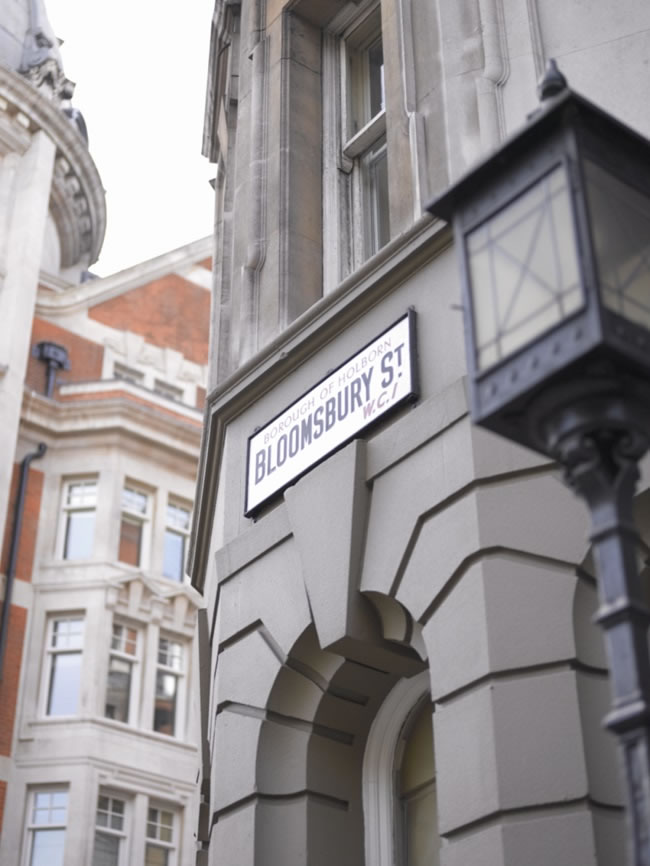 I sat down at Steak & Lobster and opted for the grilled lobster as opposed to steamed. Although I have heard equal arguments for both, the common consensus is that grilled is the most palatable. It was served halved, which saved me doing a lot of the heavy lifting, with a side order of fries, salad, and a pot of marinated lime, cilantro and coconut. So how best to tackle the lobster? Ok here are some things that I learnt.

1. Be prepared to get your hands dirty. Cover yourself in napkins, warn every restauranteur within a ten yard blast radius to do the same and possibly ask your waiter for a welding visor to protect your eyes from flying lobster shell-shrapnel.

2. Don't remove the claws with the claw cracker. In your lobster tool kit you'll have a claw cracker and a lobster fork. This would have been handy for me to know before I pulled my Pretty Woman act. My lobster claw catapulted 20 yards across the restaurant and skied a further ten across the floor before coming to rest at the waiter’s foot. When he returned the claw to my table of course I pulled the line "Slippery little suckers." So twist the claw off the lobster first and then attack it with the claw cracker once you have a better grip. Use the lobster fork to dig out all the claw meat. 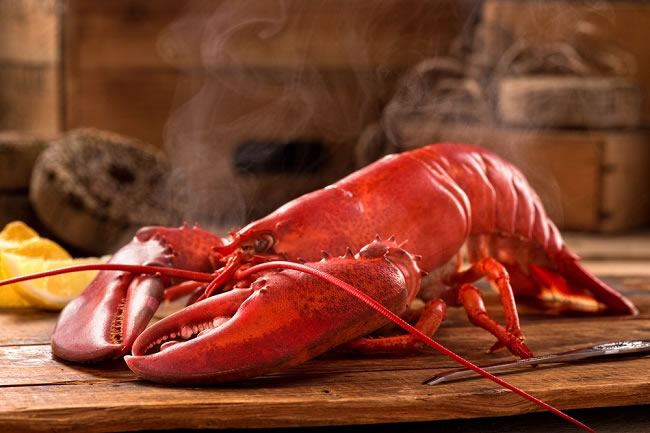 "Cover yourself in napkins"

3. If you want to look like a lobster pro, you have to eat the tomalley. The tomalley is a delicacy, grey-green in colour, found beneath the innards and tastes of balls. However if you manage to eat it and resist pulling that face like you've just imagined your Dad slipping your Mum one in the shower, then you'll have your place and face firmly cemented in the crustacean connoisseurs club. Eating lobster is an event, and one to be enjoyed. There is also a steak and a veggie option which according to my colleague, was delicious. 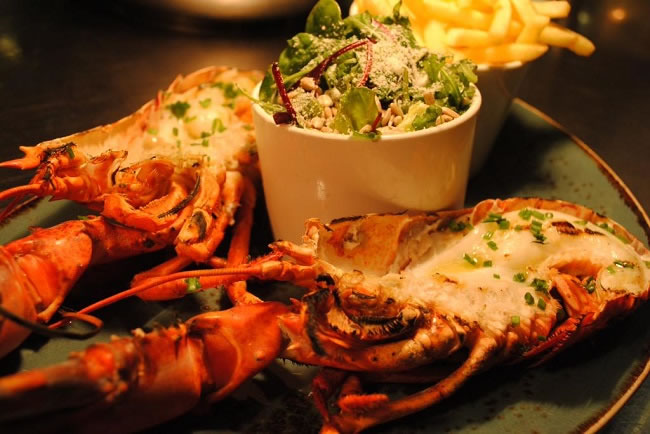 "Eating lobster is an event"