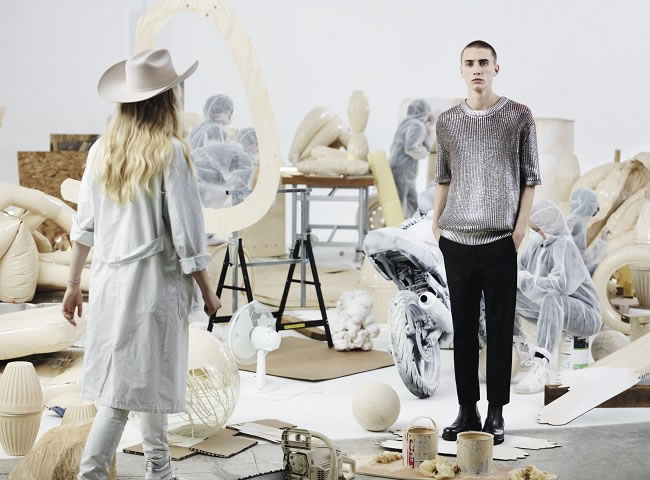 For Spring/Summer 2015, McQ has collaborated with artist Ophelia Finke on a series of campaign images, shot by Laurence Ellis and styled by Karen Langley. Featuring models Sunniva Stordahl and Michael Sharp, the campaign will launch in print media in February.

Having discovered her work early in 2014, shortly after she graduated from Central Saint Martins, McQ initially asked Ophelia to take part in one of its Instagram Takeovers, whereby a young creative talent takes over McQ’s Instagram channel for a limited period. 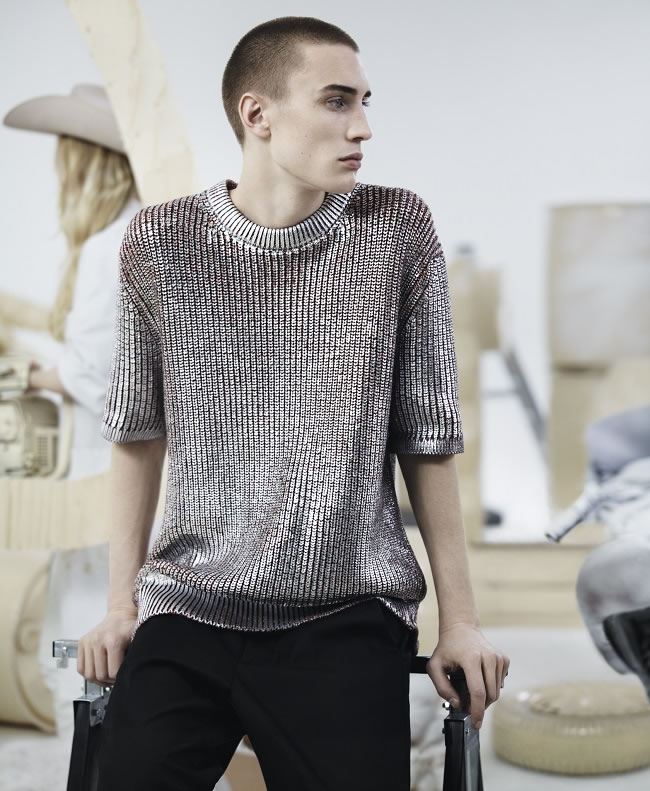 Following its success, McQ commissioned her to create an art installation for its advertising campaign, which the models were shot in and around. The final piece, ‘Carrara’, draws on her recurring motifs and the subjects that most interest her.

Known for her three-dimensional installations, Ophelia’s work revolves around research and discovery, often referencing people working in specific “heroic” professions such as archaeologists, doctors, surgeons, explorers and racing drivers. Her installations point to the worlds inhabited by these characters, whilst simultaneously turning them on their head and creating something totally new and unexpected. She looks at situations and asks herself “But what if…?”, playing with what she knows and sees every day and pushing it to its extreme, twisting it until it resembles something else. 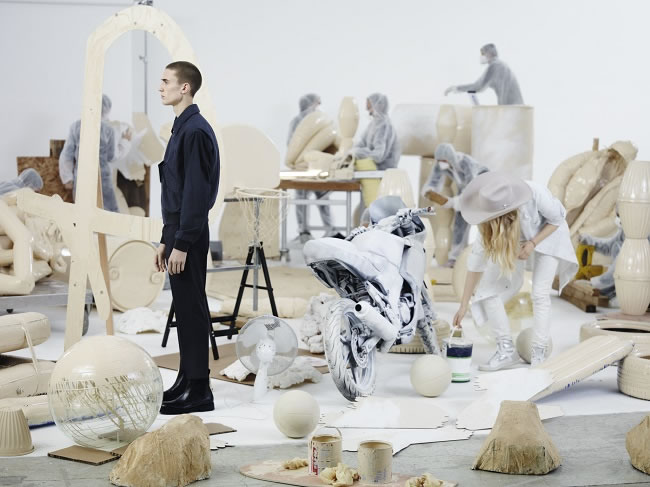 For the installation created for this project with McQ, Ophelia conjured up the site of a quarry, bringing together otherwise seemingly unconnected objects that are unified by the sandy, neutral colour palette. Ophelia’s assistants inhabit the space, taking on the roles of workers and machines in a piece that appears unfinished, as if the work of the archaeologists is not yet completed. ‘Carrara’ takes its name from an Italian city that is well-known for its marble quarries. At the same time, the marble references also made Ophelia think of ancient marble sculptors and their studios, so in this way the installation might also relate to the artist’s studio, and particularly to Ophelia’s own workspace. 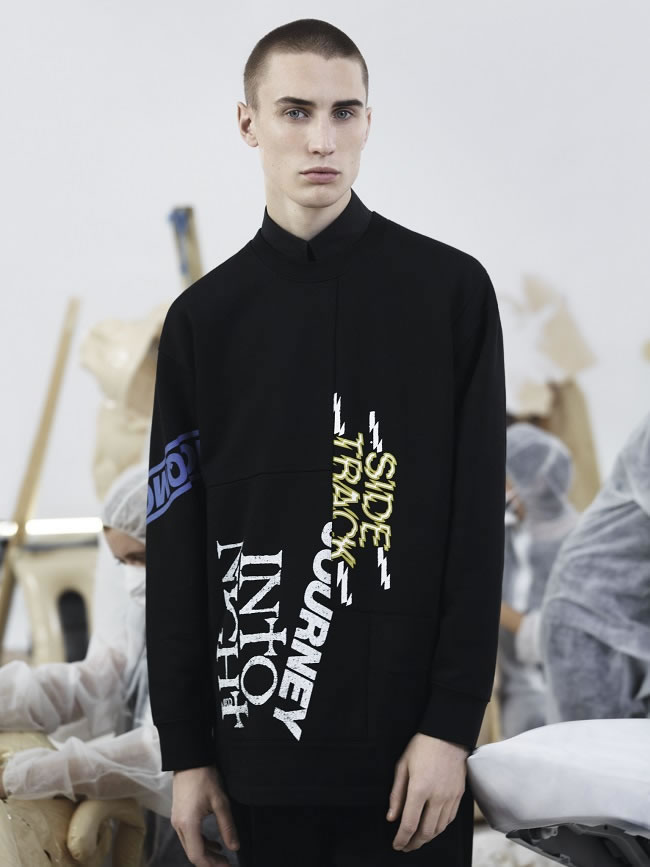 Ophelia often appears in her own work, and regularly chooses to wear a doctor’s coat, taking inspiration from her doctor father who she idealised as a child. The latest addition to her uniform is a cowboy hat, again drawing on the recurrent theme of heroism.

Ophelia comments: “Alexander McQueen was the reason I applied to study at Saint Martins, and I am a long-term fan of the house, so I was delighted to work on this commission. The McQ team approach their work in a similar way to me, focusing on interesting printing methods and fabrics, bringing materials and concepts together in unexpected ways. I feel that collections from both McQ and McQueen create new ‘worlds’ that their wearers inhabit, exactly as I do.” 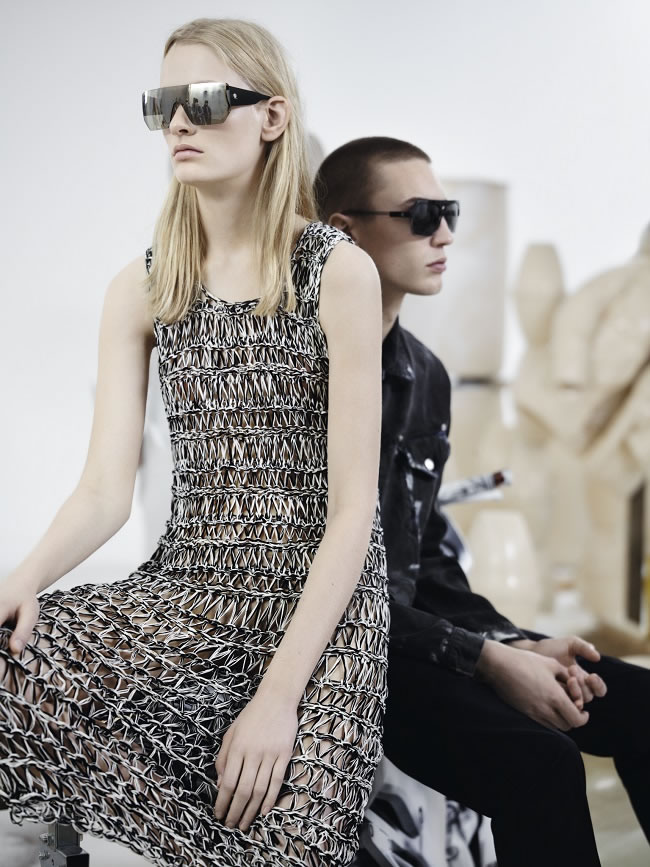