TOM FORD: THE NEW WAY TO WEAR A SUIT

“I’VE CHANGED THINGS AROUND THIS SEASON"

Written by Jas Kaur in New Collections on the 24th February 2015 / Tom Ford: The New Way to Wear a Suit 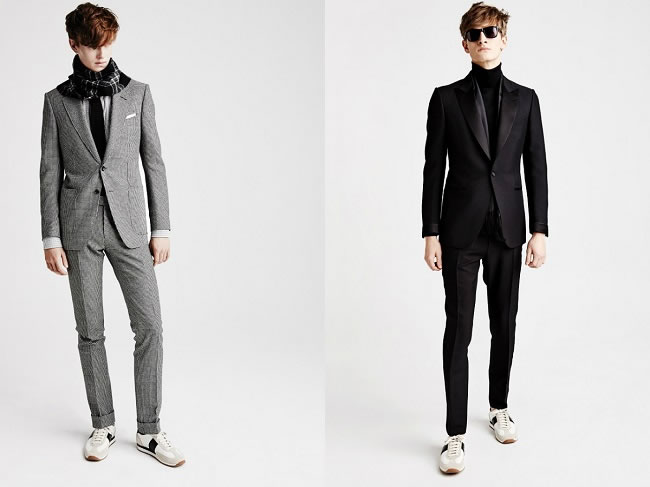 Tom Ford has always approached London Collections: Men in a different way to other designers. Unlike his womenswear, there isn’t a big production runway show with a celebrity filled FROW. Instead he invites journalists and buyers to his London HQ in small groups, provides champagne upon arrival (naturally) and then talks you through the collection whilst models walk out at his say so, with the occasional “can you take your hands out of your pockets please” from him.

He then exits and leaves you to take a closer look at the collection whilst the next group gather in reception sipping champagne. It’s intimate and understated, in a Tom Ford kind of way. 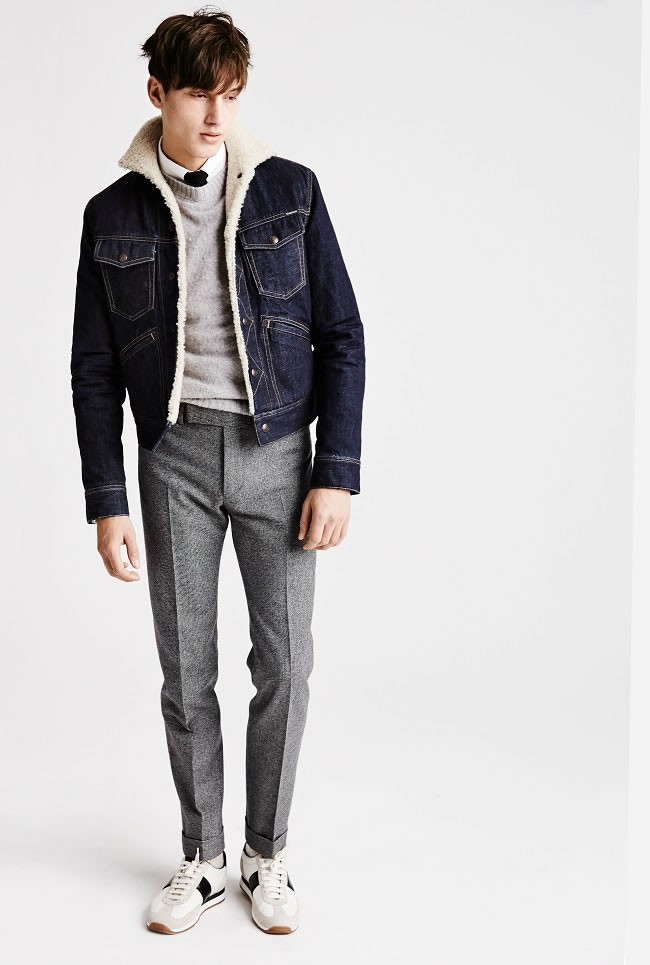 Historically, there has been a strict no photos policy. Press shots of the collection are circulated after the event, which isn’t ideal in a digital world where speed of story is everything (and you want all your Instagram followers to know you’re inhaling the same air as Tom Ford).

“I’ve changed things around this season,” he said as we stared at the giant white screen and professional lights. “We wouldn’t let you take pictures, and I thought okay, we just can’t fight this. So why don’t we just build a set, and let the guys come out and you take your pictures?” 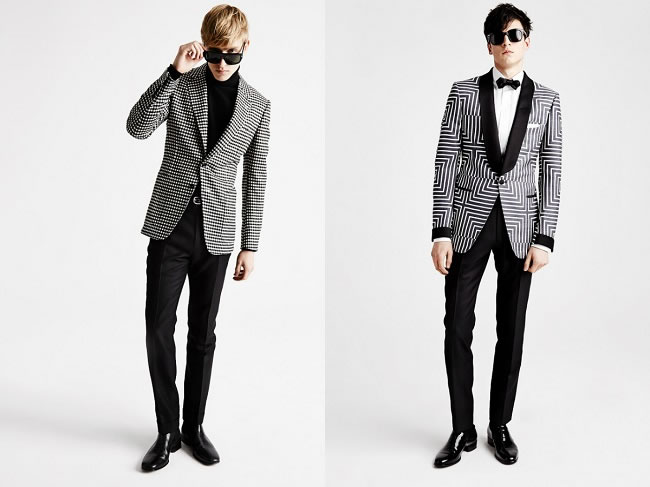 So, we went from no photos at all to being encouraged by the man himself to jump on the set and take selfies with the models. I’m still not entirely sure if he was being serious. There was a change of direction with the clothes too. Many of Ford’s previous men’s and women’s collections have been heavily inspired by the 1970s, it’s his signature era and no one does it better.

However it’s all about the ‘60s for autumn/winter 2015 with a subtle nod to the 80s added to the mix. Suits were missing last season as he was busy getting the message out about his new denim line but they remain a core part of his ever growing empire. 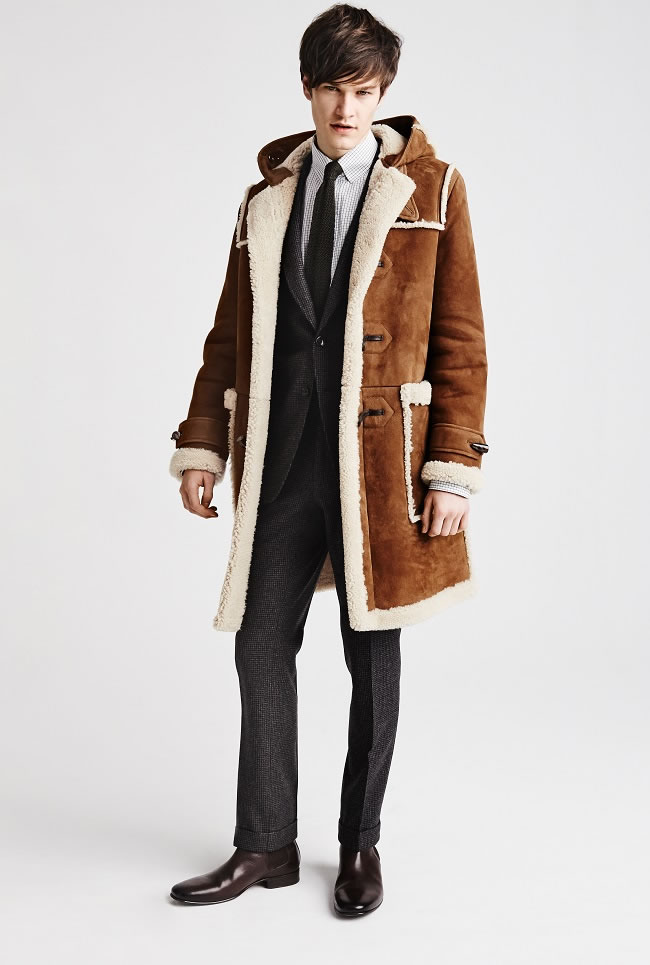 “Evening wear is huge business for us and every season we try our best to revamp and restyle in a way which is still real and fresh” he explained. There are two categories of evening wear in the collection. The first, my personal favourite, is very Mod and nonchalant – super slim trousers, tennis shoes, no socks (mankles are back chaps), dark roll neck, silk scarf and a jacket which is cut slightly looser around the waist. This is sure to be the new way to wear a suit and makes a refreshing change from the overly suited and booted street style looks we’ve seen of late. It’s perfect for men who find suits to be restrictive, smart yet comfortable.

The second is certainly more dandy, graphic optical-print tux jackets in silk and velvet. It challenges the traditional formal attire, and with Mr Ford as the firm designer of choice amongst Hollywood’s leading men, you can be sure that this brave look will be seen on the red carpet during awards season.

If you think Ford is just about tailoring then you’re mistaken, his casualwear is finally just as strong. The shearling jacket he presented was on the money, as was the camel duffel coat, and the leather double breasted pea coat. Oh, and the suede chocolate brown lace ups were pretty special too. This is probably Tom Ford’s most complete menswear collection to date, it’s all very wearable and there’s something for every occasion.

A Guide to Understanding Upcycled Fashion