WHAT HAS MADE TODAY'S MAN MORE FASHION SAVVY?

THE MAJOR SHIFTS IN MEN'S ATTITUDES, OPINIONS AND PERCEPTIONS OF MENSWEAR

Written by Jordan Bunker in Trends on the 24th March 2015 / What Has Made Today's Man More Fashion Savvy? 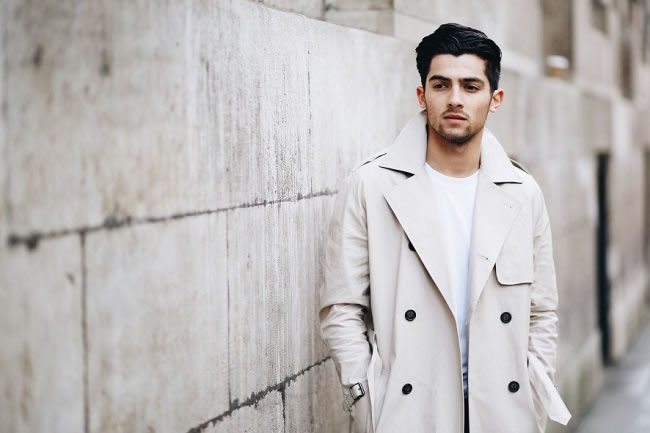 £16.4bn. The estimated worth of the menswear market in 2018. Men are now embracing fashion and experimenting with it. What MWS wants to answer now is how the men of today are making themselves more stylish, by talking to men who work, live and breathe men’s fashion. Is it the Internet and the interactivity of social media? The bloggers and their ability to educate? Or maybe even David Beckham?

London Collections: Men is over until this coming June and by adding a fourth day to the event it highlights the importance of men’s fashion to the United Kingdom.

'However, is this affecting the everyman?' 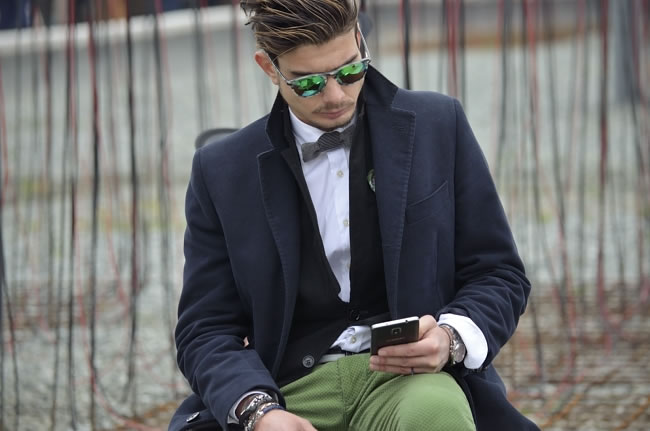 The everyman, who when he hears of "LCM," would more likely try to recall the name of a football club then think of fashion. It is true that men are now taking note, yet this doesn’t mean they are following the runway to find out what the trends will be for AW15 when it’s still March 2015. These men are going about their business in different ways.

“There are many more men who are conscious of and make an effort with their appearance,” says Dr Shaun Cole, a research and course leader for MA Fashion Cultures at LCF. “The emergence of metrosexuality in the late 1990s and early 2000s has legitimised an interest in fashion and appearance for many men who would previously not have been interested, certainly in London in recent years, sales of menswear has outpaced that of womenswear.” While ridicule may have been the norm in times gone by, a fashionable man is now an accepted one amongst, well, men. No longer judged by the shearling details or leather embellishments of his jacket, or the paisley print of his shirt, but praised and questioned as to where he bought them. 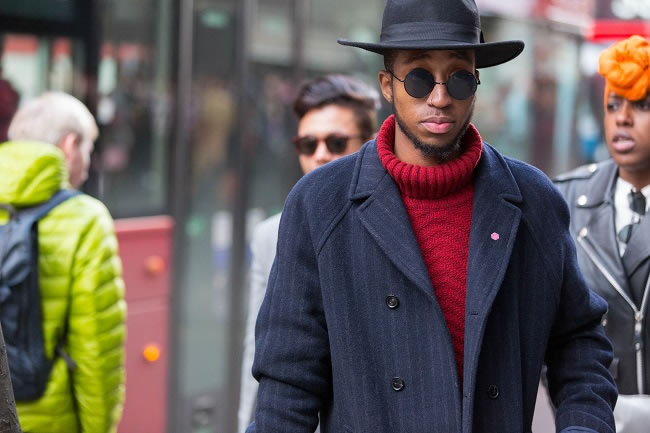 Describing the relationship men have with social media when it comes to fashion, Dr Cole says: “It allows men to engage privately if they so desire, but it also allows a language to be constructed and formulated for men by men in which to talk about clothes and appearance on a level in which they can find their own personal comfort level with fashion.” Men are now looking in the mirror twice before heading out, and the modern man of today is finding out about details that transform an outfit into a stylish one through the words: like, retweet and share. A man is now able to follow fashion through the platform that is social media. Rather than actively participating in fashion, we can scroll through our social media feeds for the latest trends and products on our commute into work. 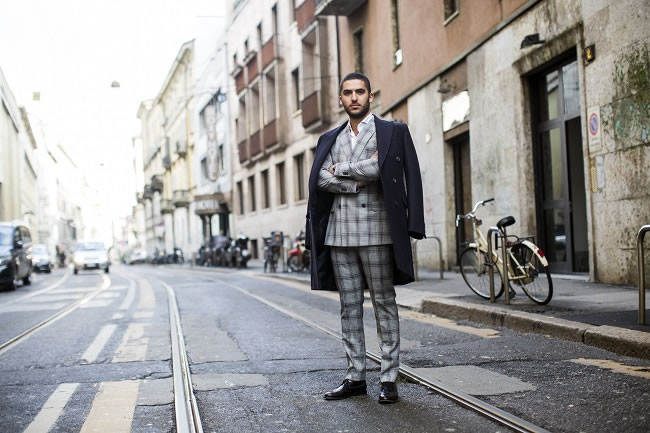 In this newly found Internet and social community there are the bloggers, one being 19-year-old Joey London. His reason for setting up a blog was simple. “I just loved wearing clothes and I didn’t really know how to share my style other than on Instagram so I thought, why not blog?” A guy who openly expresses his love for fashion. These are the new men of today. No longer is fashion viewed as ladylike, instead, Joey London thinks that with celebrities being fashion conscious, the likes of David Beckham and Tinie Tempah for example, allows men to think that it’s okay to like fashion and quite rightly so.

Menswear blogs are sharing their own looks and opinions for those to see and read. Bloggers are prime examples of men being conscious about their fashion, to the extent where they are now educating others on how to dress. “When you think about what we do it’s kind of weird,” says Matthew Pike of Men’s Fashion, Design and Lifestyle blog Buckets & Spades. “I don’t think there was as much commercial emphasis on accessible fashion around the late 90s to mid 2000s. Brands are now marketing products in a way which make them seem more desirable.” 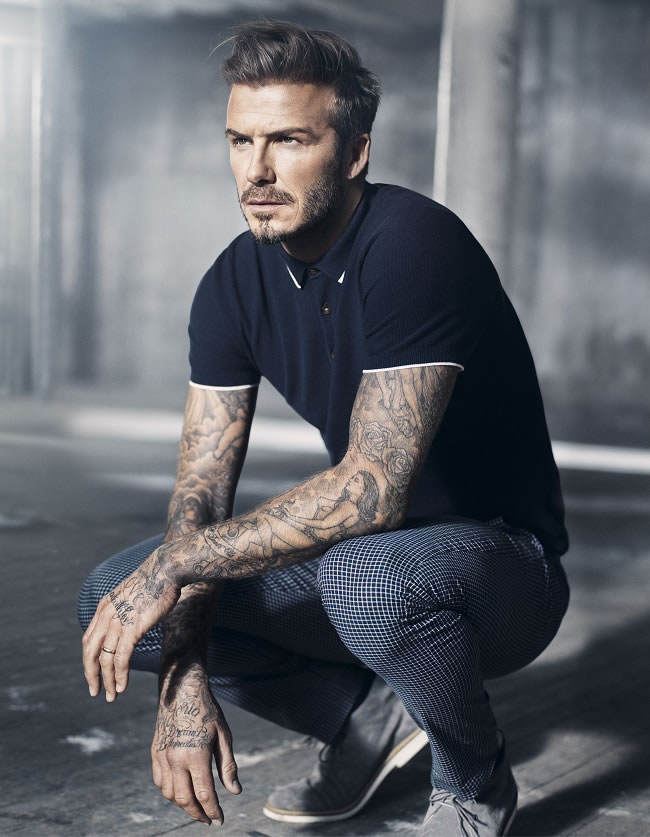 It’s not just the commercialisation of fashion, but also the accessibility of it. We’re men and that means we’re pretty lazy, and if there’s a quicker way to do something well, do it. Therefore, the ease of online shopping has truly revolutionised men’s fashion. The launch of sites such as ASOS.com means men no longer have to begrudgingly traipse round shopping centres with their girlfriends, or worse, a mate, and try on clothes. Instead it’s as simple as click, send and receive.

There are now many who also earn their living by styling other men and that in itself is a revelation. Describing his job, ASOS stylist Kieron Watts says: “My role is to assist customers with style advice and make them feel confident in what they wear.” You’ll also find Kieron creating content that inspires others by uploading outfits and menswear bits daily onto social media feeds. 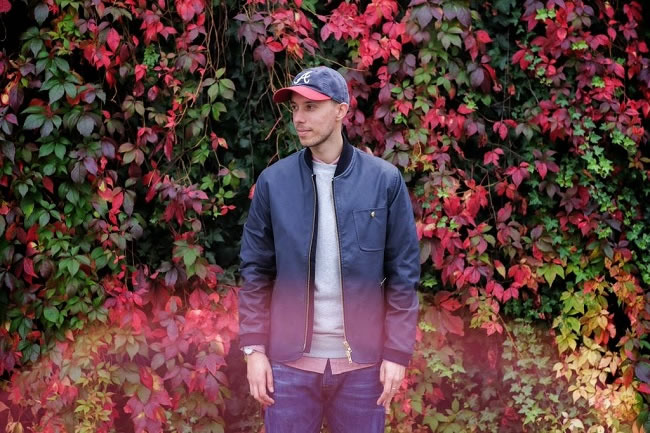 How does Kieron help push the boundaries of a man’s personal style? He entices the shy man out of his comfort zone by introducing clients with a hint of colour or print to see how it works for his clients. “From that point if they like it we can move on to a full on printed shirt.”

From working in fashion, Kieron has a pretty big knowledge of men’s fashion. The attention menswear now gets amongst the media speaks volume. People and publications now want to speak about menswear. “Yes. We are in an exciting place in regards to men’s fashion. With London’s London Collections: Men getting more recognition every season, through to online platforms big and small informing men about fashion. All this awareness is great. I think that today’s modern man is more style contentious and tends to look at trends and mixes to create his own style.”

With the streets now injected with fashionable men, it is the job of street-style photographers to capture the details of these well-dressed gents. Now that guys take pride in what they wear, it is the eye of Jonathan Daniel Pryce, better known as Garçon Jon, to spot them. “Seven years ago, the average guy wore comedy tees and bleached jeans. Now I rarely see that.” Men are no longer opting for the slogan tee that evokes short-term sympathetic laughter, but instead trying something with colour or an accessory they haven’t worn before. It’s not necessarily daring for the average man, but a step forward in becoming that little more narcissist inside. Creating statements is now what some of our male counterparts are brave enough to do. “Wearing hats is one thing I've noticed. Many interesting formal styles. Colour is definitely something too - a bold coloured suit would be seen as interesting and fun in today's eye.” 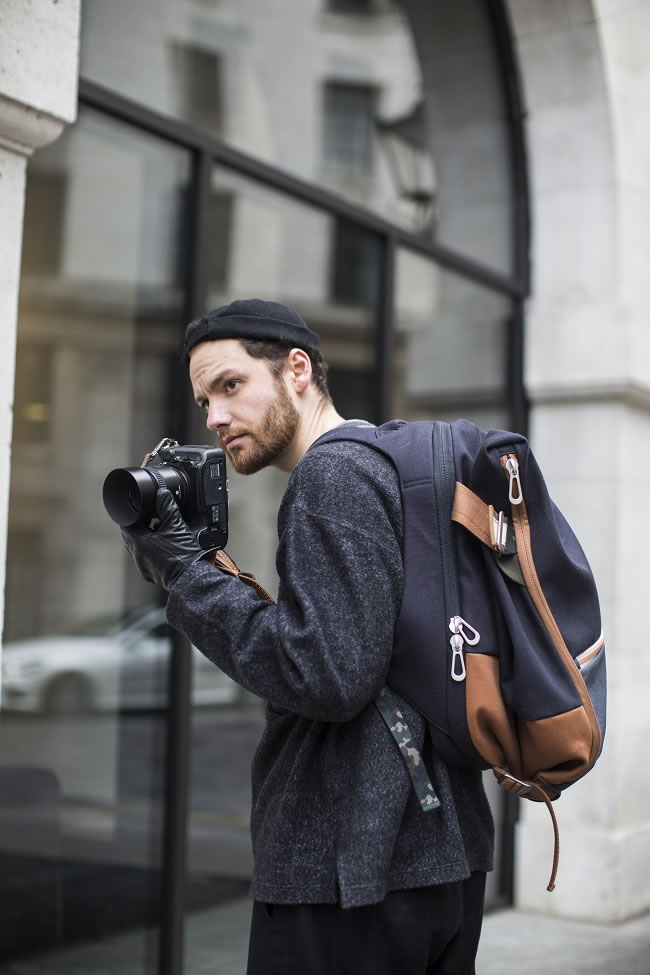 The modern man now has social media for inspiration, menswear blogs for tips, and the Internet for online shopping. He may still be at times shy, but by adding these new tools to his already familiar toolbox, he is now more equipped to tackle the once difficult and awkward situation of fashion - backed up by Jonathan; “Instagram and Tumblr have created style communities that weren't possible before.”

Willing to test the limits of what he wears day-to-day and introducing something new to his wardrobe with a purchase that reflects something similar to what he saw on Instagram, there’s a chance that one day perhaps the everyday man may eventually know what LCM actually stands for.