CAR S.O.S IS BACK IN POLE POSITION

Written by Menswear Style in Cars on the 8th April 2015 / Car S.O.S is Back in Pole Position 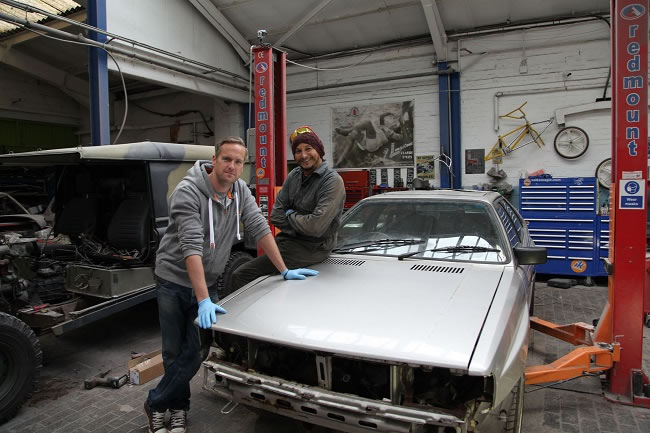 National Geographic Channel’s hit series Car S.O.S is back on a mission to rebuild cars and lives for some very deserving owners. Season 3 presents brand new stories with more classic cars and amazing mechanical revivals than ever before, starting 9th April at 8pm on National Geographic channel.

A car make-over show with a heart, Car S.O.S sees radio and TV presenter Tim Shaw (Fifth Gear) with his passion for all things engineering, teaming up with master mechanic/musician Fuzz Townshend, a classic car nut.

Together these boys are on a mission to retrieve, renovate and re-unite charismatic cars with their owners in an entertaining and emotional TV show. Often the car owners are no longer able to restore their classic automobiles due to ill health or major personal problems. The cars are taken away in secret by Tim and Fuzz who then restore them to their former glory. Motor racing fans are in for a treat as this season features legendary driver Sir Stirling Moss. Arguably the greatest all-round racing driver of our time, Sir Stirling is a true icon of the motor racing world. The Car S.O.S. team are called in to renovate the Sebring Sprite – a piece of automotive history. 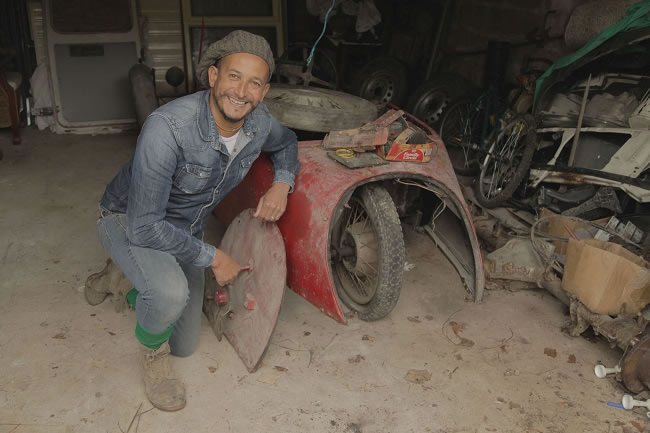 This Sebring Sprite is one of four cars that were built to race at the Sebring 3 Hours in 1962 for a team of superstar drivers, including Steve McQueen and Sir Stirling Moss himself. Now the only remaining car of the four, this Sebring Sprite provides a unique link to a bygone motor racing era of glamour and raw courage. When Tim and Fuzz track down the Sprite, it isn’t in a fit state. But the guys have a plan to get this car back on the racetrack and Sir Stirling Moss back in the driving seat. Fuzz begins work in the garage whilst Tim goes in search of the original engine, also finding time along the way to have a sit down with the racing legend himself. Will the Sprite be ready in time for Sir Stirling Moss to take it out for a spin?