LG SHOWS IT’S AHEAD OF THE CURVE

A TRIED AND TESTED REVIEW OF THE NEW G FLEX2 SMARTPHONE 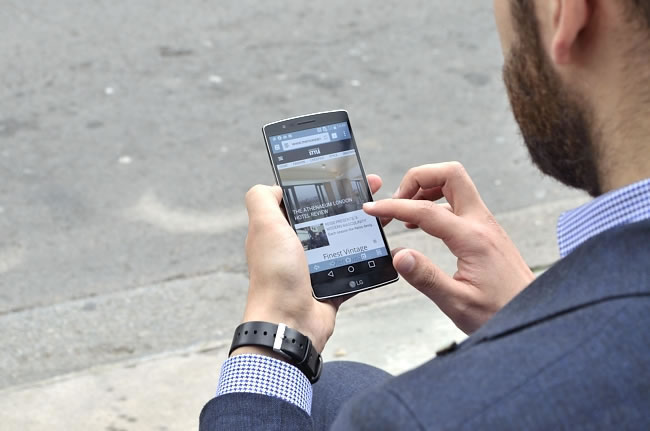 Upon opening the new smartphone by LG you’ll be instantly greeted with a large display screen, sized 400mm to 700mm. You gain the benefits of being able to take care of all your business, social and entertainment at ease with a screen in the perfect size dimension for one-handed use.

It’s once you take hold of this smartphone when you soon realise how different the design is in comparison to any other you may have seen. 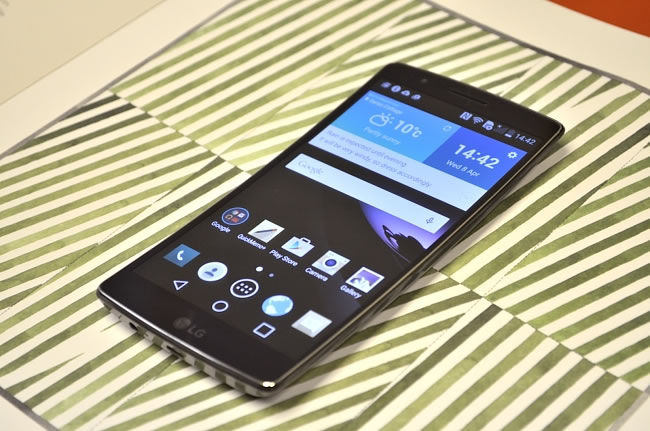 In true ‘Staying Ahead of the Curve’ style, the LG G Flex2 has a subtle but distinctly innovative curve which sits perfectly into the palm of your hand. It’s the kind of feature which makes you question why all smartphones aren’t like this – it makes perfect sense. Not only does it fit your palm perfectly but it fits the curve of your face when on a phone call. The curve is in and LG is leading the revolution. It’s a culmination of LG’s tireless efforts to prove the value of what a curved form factor can bring to the user. 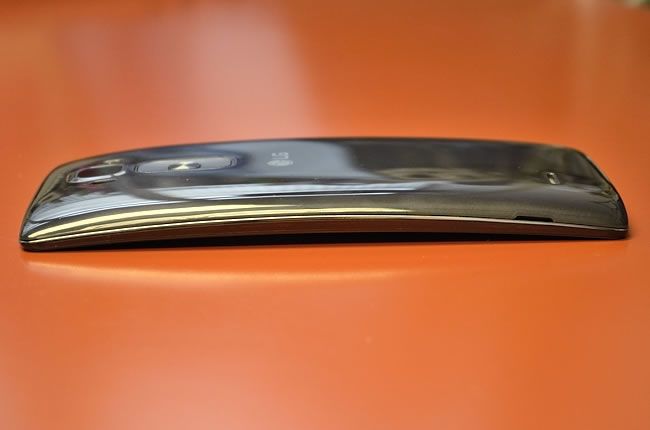 Turn over to the back and you’ll be greeted with a cool Spin Hairline pattern detail. This pattern isn’t just for effect but it also includes a clever high-density molecular structure which allows the surface to heal scratches. The original G Flex was launched in 2014 and received much attention for its unique design and outside-the-box thinking but was criticised for its large size and 720p display. The G Flex2 improves upon the original in every way possible. With a more advanced design, faster performance and most importantly, greater durability and convenience, it makes a clear statement. 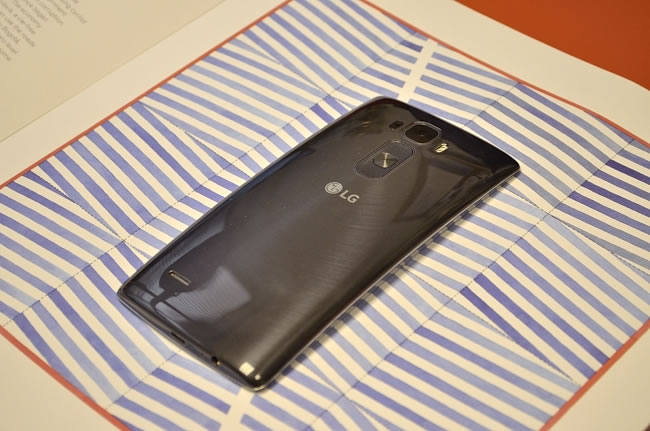 With the recent rise in wearable technology, it is becoming more apparent that our current addiction to technology has meant that tech essentials such as our smartphones have become an extension of our personal style and showing a snapshot of our personality and who we are. This model is the perfect phone for anyone looking for something new and unique to elevate their style. The phone is a stylishly crafted smartphone that is confident in its uniqueness that is confident in its uniqueness and embraces its status as a true, one-of-a-kind phone. As such, the phone’s unique design is bolstered by a UX optimised for its curved form factor. Going beyond its enhanced design and UX, the G Flex 2 now features a full HD Curved display that produces crisp and vibrant images. And witch a 64-bit Octa-Core processor that powers the apps, games, and media content run faster and smoother. 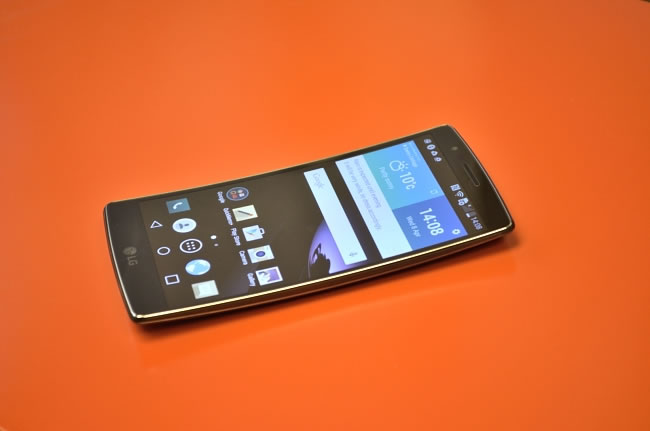 As a nod to the curve design MWS Craig headed out into London to snap pictures of famous curves in fashion and architecture. Whether it’s the curve of a suit jacket button, the curve of the London Underground logo or the infamous Gherkin building, some of London’s most iconic curves have been captured from the LG G Flex2 itself. You’ll be able to capture fast-moving subjects that challenge even professional photographers. The laser auto focus uses a laser beam to measure distance to the subject and is equipped with their acclaimed OIS+ technology, which delivers a 20 percent improvement in anti-shake performance. 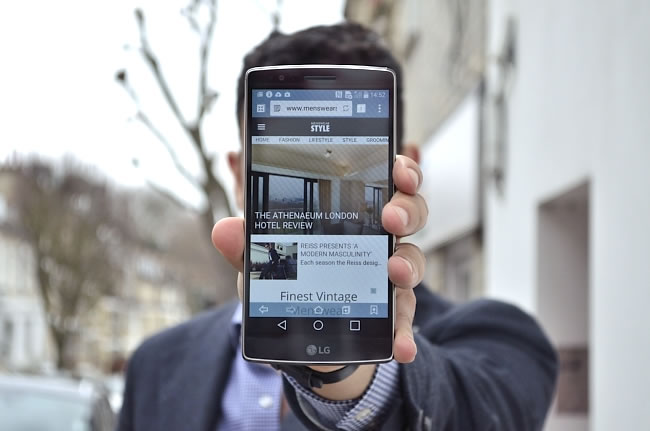 After a week of use, Editor-in-Chief Craig Landale comments: “I really like the design and feel. I’ve noticed a few people peeking over when sat in coffee shops taking care of emails and social. It’s different, which fuels curiosity. The main focus of my week long test has been on the picture quality. Since I spend the majority of my time travelling and visiting fashion shows whilst documenting through imagery for Instagram, I needed to see how this would perform. And it performed very well I must say.” 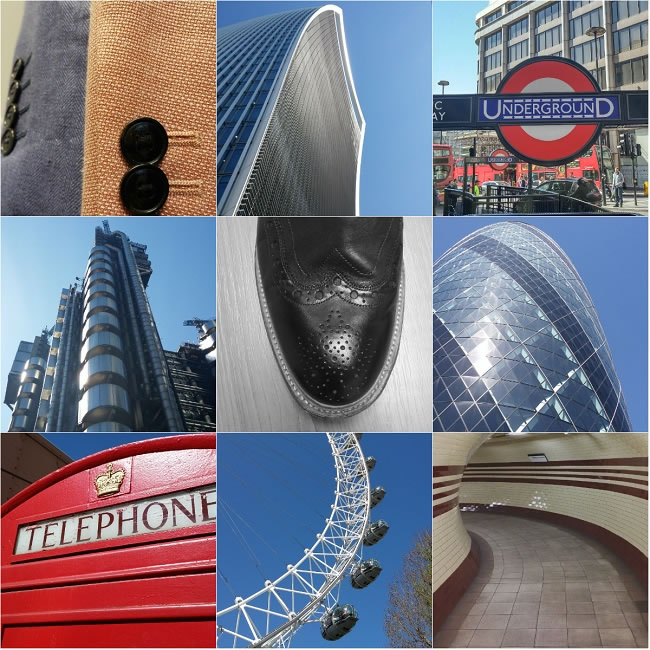