A LUXURY BOUTIQUE HOTEL ENJOYED BY PRESIDENTS, MEMBERS OF CONGRESS AND HOLLYWOOD STARS

Written by Menswear Style in Travel on the 17th April 2015 / The Jefferson Washington D.C. Hotel Review 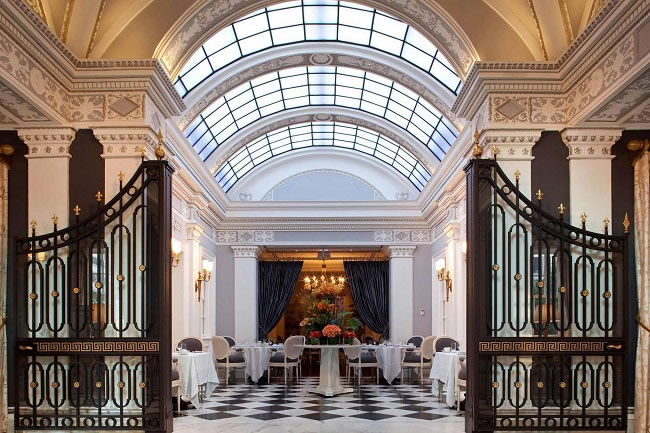 This number 1 Trip Advisor hotel in Washington D.C. is rather special indeed. They have a rich history of hosting presidents, members of Congress and other political movers and shakers, visiting dignitaries, and Hollywood stars. Thomas Jefferson, a cultured man of the world and serious student of architecture, would be intrigued by the transformation of The Jefferson Hotel.

The Jefferson first opened its doors in 1923 as The Jefferson Apartment, a luxury residential building by architect Jules Henri de Sibour that quickly became the address of choice in government and social circles. 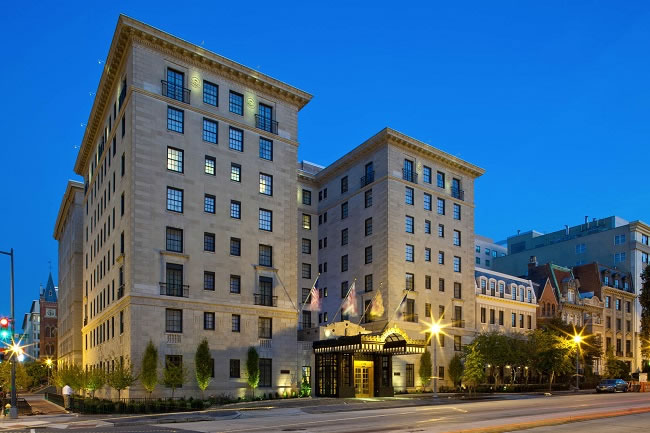 The staff uniforms are immaculate and service is truly professional, where a personal butler greets arriving guests and handles every aspect of their stay. Suddenly we felt rather underdressed for our lunch reservation before check-in. The hotel is also conveniently located close to the White House and in walking distance to museums.

The lobby is at once the most dramatic and most classical of the hotel’s interior. The crisp diamond-pattern of the black and white marble floor provides an energizing foundation to a layout that is graced by walls of a sombre charcoal and a formality of glass lanterns hanging from gilded chains, massive urns holding spectacular floral displays, and grand oil paintings. 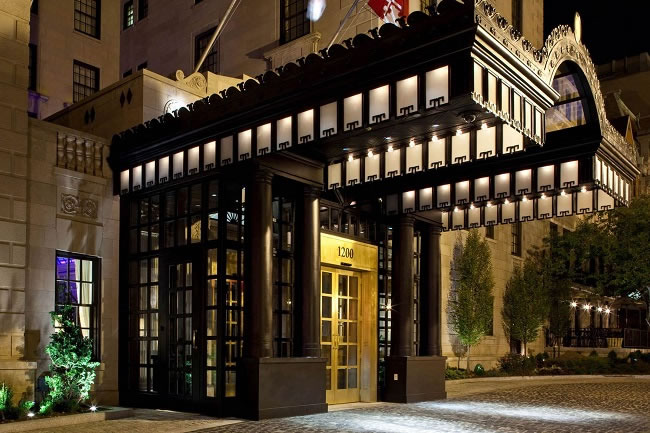 Classical music was playing on the Bose sound-system as we entered our room. Nice little touches include the artisan Shortbread, print design pillow and the cool design water bottle on the bedside table. The large freestanding bathtub is also a very impressive feature, and something which you should make time to use after walking around all those museums! 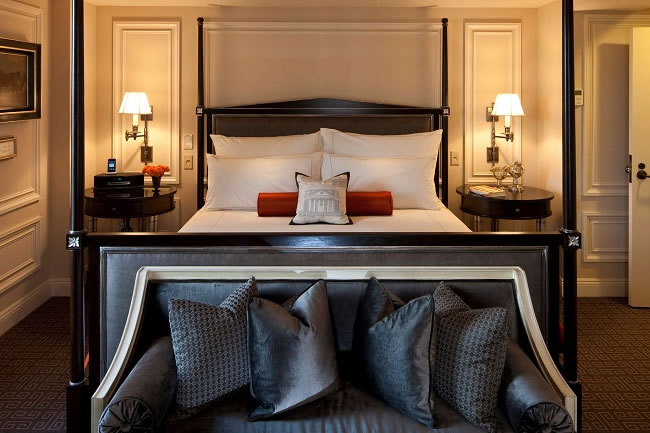 The 95 guest accommodations at The Jefferson each feature the finest modern amenities as well as the most thoughtful design features that are both elegant and playful. Two design schemes prevail – one a soothing cream and white palette with green highlights, the other a bolder tan and graphite with cadmium orange accents. Custom-designed bedding is ultra-luxurious with high-thread-count French linens and duvets. Bathrooms feature oversized walk-in showers, hand-cut Italian stonework, and abundant counter and shelf space for personal items. 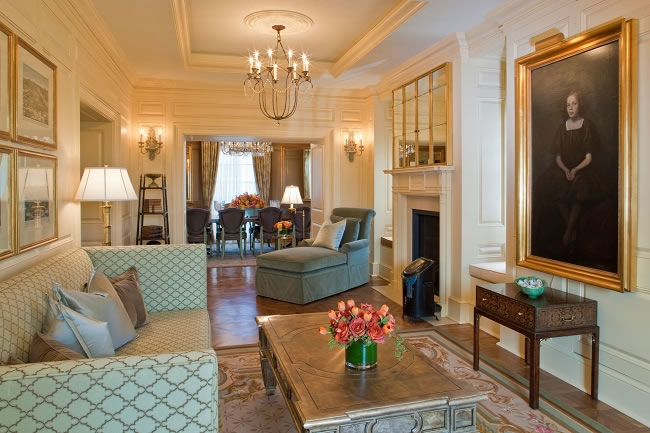 The Greenhouse Restaurant, positioned under an atrium which was once commanded to be blackened during the World War II, is bright and airy - the perfect setting for a relaxing lunch. Looking around at the other guest dining, it was clear that this is where the world’s elite like to dine whilst discussing world affairs. The food is delicious and the service is top class – actually, we both tucked into the tastiest salads we’ve ever had! 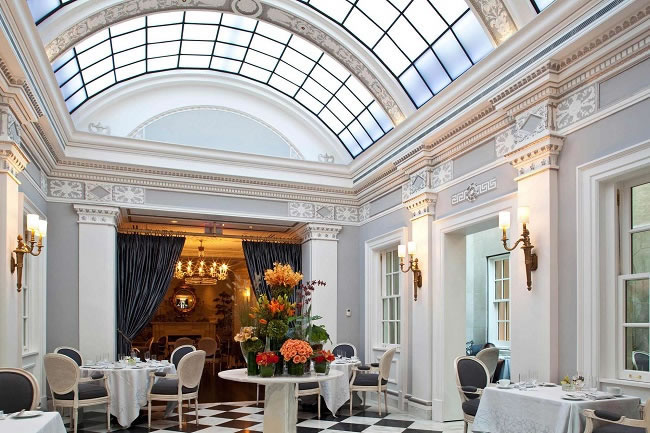 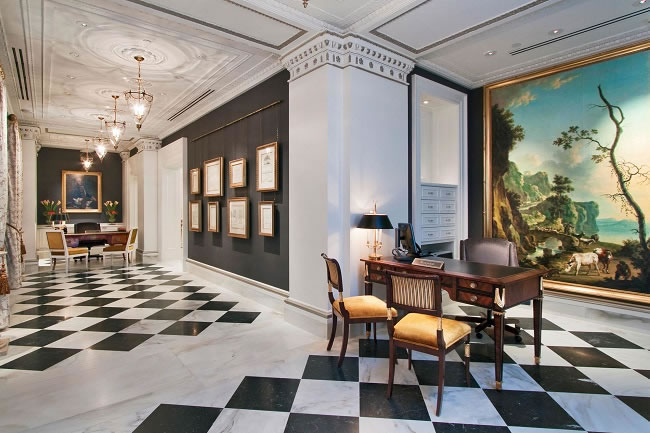 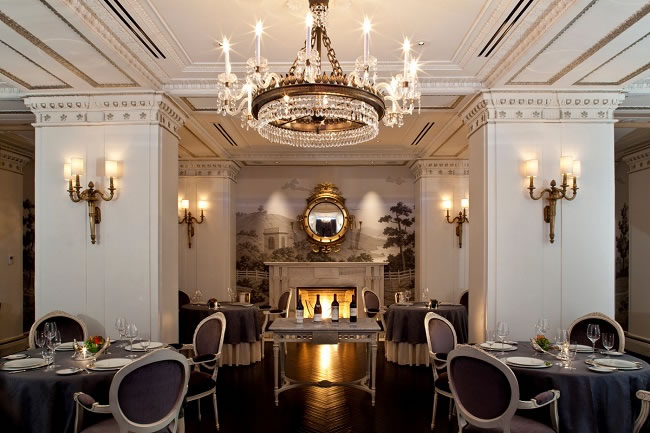 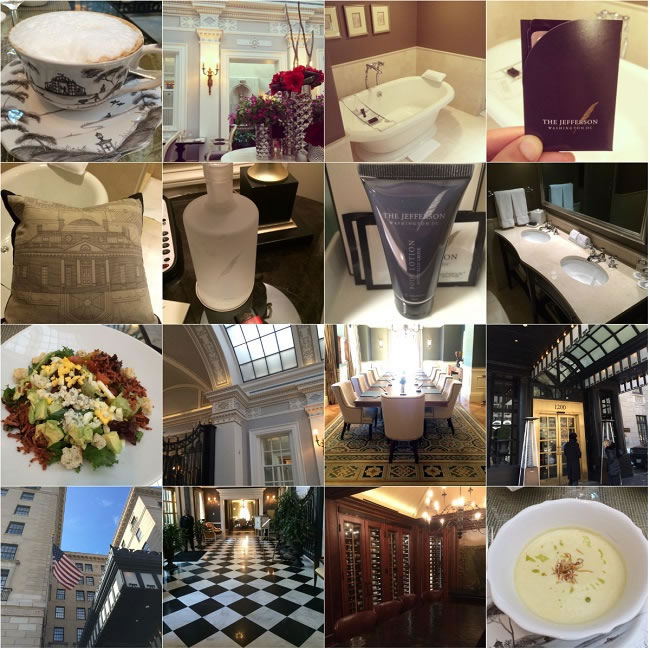 Our The Jefferson Washington D.C. experience