HOW TO LEGITIMATELY BREAK THE BLACK TIE RULE 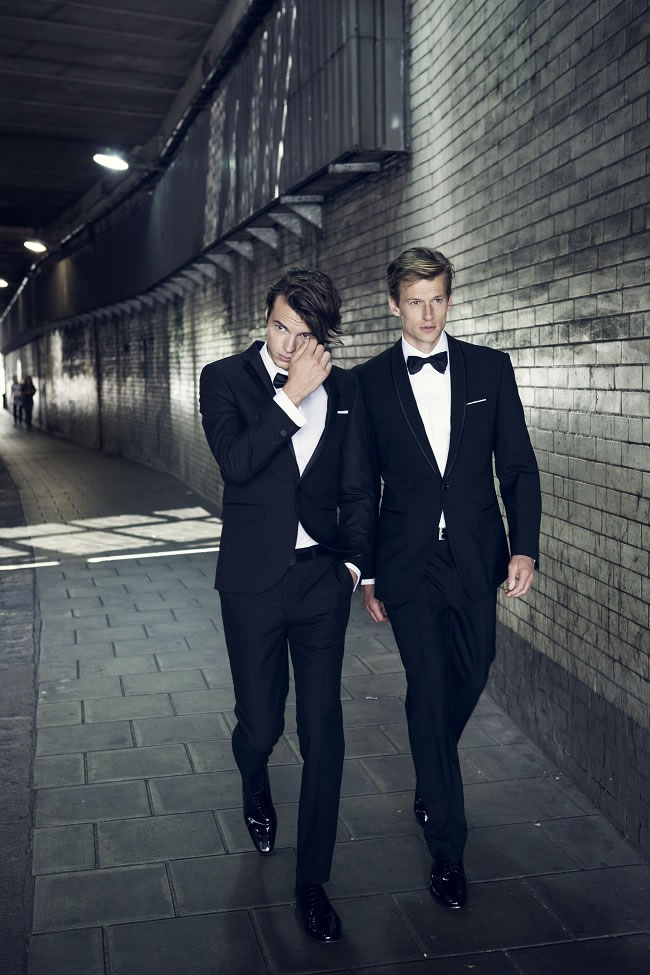 If you’ve ever been to a formal event, you know all about the dress code. Black tie, black suit, white shirt, good luck getting anything else in without being turned away at the door! Events like these can be stifling; the strict requirements leave many men and women alike feeling like paper dolls on display for the individual or group responsible for the event. Clothing is often treated as a form of self-expression, and events like this strip it all down to stark monochrome. However, one thing that many people forget is that the dress code can be bent — as long as you’re bending in the right places, of course.

Women get away with a lot more at formal events than men do, thanks to the wider range of colors in the “formal” scope of feminine fashion. That doesn’t mean that men don’t have the chance to make the penguin suit their own, and the opportunity to break the black tie rule without running the risk of being sent home. 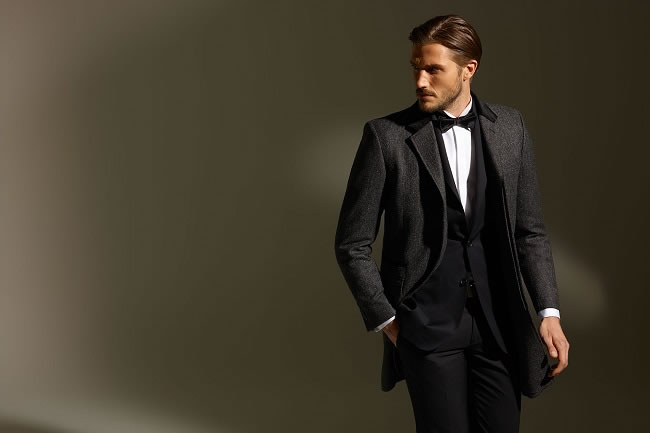 According to The Art of Manliness, most people don’t completely understand the definition of a black tie event. Contrary to popular belief, black tie is actually only semi-formal evening wear, not the epitome of formal that so many men think it is. It’s super easy to dress for, but does require following a few basic guidelines:

"Tuxedo jackets should have peaked lapels or shawl collars and the tie should match the facing on the lapels (silk-faced lapels require shinier ties). Both double and single-breasted jackets are acceptable as long as they’re traditionally styled and tailless."

"Either a formal waistcoat or cummerbund are acceptable, with the former being more traditional. These should also be made of the same material as the facing on the jacket lapels, like the tie. Shirts should always be white, often with a layered decoration front and black buttons which is traditional to tuxedo shirts." 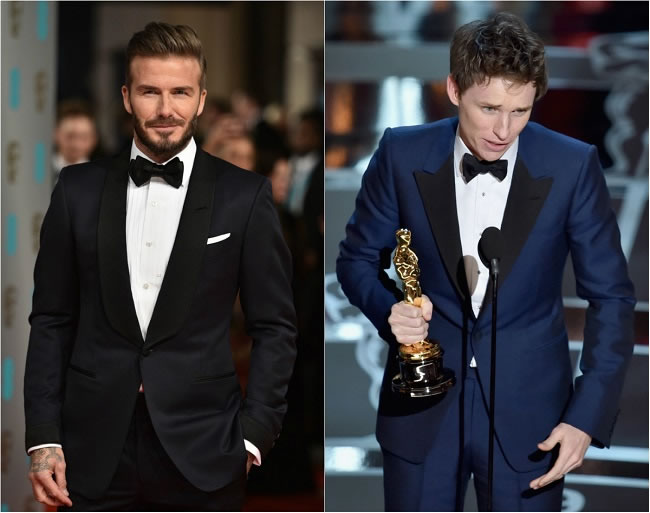 Depending on the event you happen to be attending, you may be able to get away with a dark-colored tuxedo; while black is traditional, a dark midnight blue or forest green may be acceptable. Pinstripes and other modern style attributes are absolutely not. A good rule of thumb to decide what you can and can’t wear is that if James Bond wouldn’t wear it, neither should you.

There are a few different ways to get around the black tie dress code and feel more like yourself, mostly through personal preference in traditional accessories. The number of accessories available in men’s semi-formal fashion is surprisingly high, and not nearly as strictly regulated in the dress code. Many accessories are considered a “dying breed,” but are still part of the traditional ensemble and therefore allow you a greater range of freedom with your expression — and can help you match your date a little better. 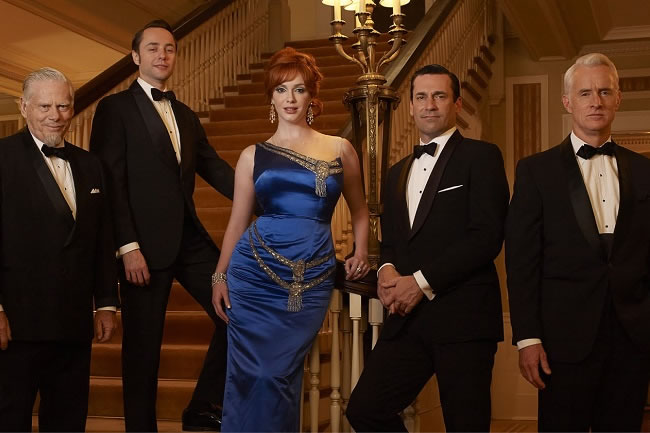 First is the 'pocket square.' This is essentially a small handkerchief, designed strictly as decoration. While the Telegraph insists that white is the only acceptable shade for this accessory, if you pick one up lined in a shade to match the dress of your date’s evening gown, no one is going to complain. Cufflinks are still fairly popular, thanks in no small part to their variation. This is the easiest way to make a black tie tuxedo your own without breaking any rules whatsoever. Your cufflinks shouldn’t be overly garish, of course, so avoid traffic cone orange or anything that lights up — yes, LED cufflinks actually exist, but bright red triangles are just as acceptable as the standard black or silver circles.

Socks are the best place to stay comfortable without getting in trouble. As long as you’re wearing a properly fitted set of trousers (half or full-break are the best choice here, as they cover the entire ankle) you can wear any kind of socks you like. Here’s where you’ll want to pick up a pair of royal blue plaid VK Nagrani Men's designer socks and tuck them safely into your shoes. If you’re dancing, a flash of these may be visible as you move, but few people will be looking anyway, and nobody is going to turn you away at the door because your socks aren’t black. That would be like sending you home for wearing the wrong type of underwear! 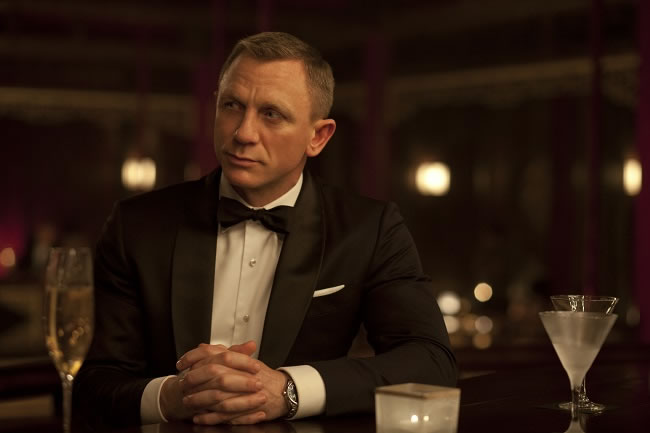 If you know you won’t be taking off your jacket all evening, you can also get away with some pretty exciting trouser braces. Just make absolutely sure that you’ll have your jacket on all night before you opt for rainbow over traditional black. Either way, don’t ever wear a belt. This is a tuxedo, after all!

In our previous Black Tie guide we mentioned that it’s better to overdress than underdress, so if you’re not sure about the true level of formality at your upcoming event, better safe than sorry. It’s much easier to dress down from a formal outfit than it is to go all the way home and put on a tuxedo; either way, make sure that you’re comfortable in your ensemble before the event starts. Get fitted properly, wear shoes that are already broken in, and enjoy your evening. No one will know that you’re wearing bright orange socks. 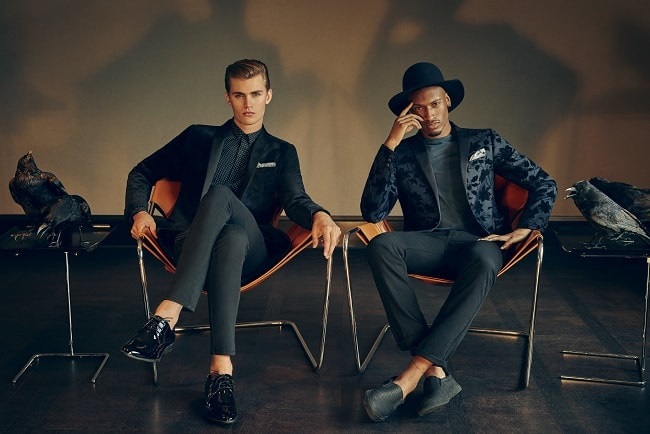