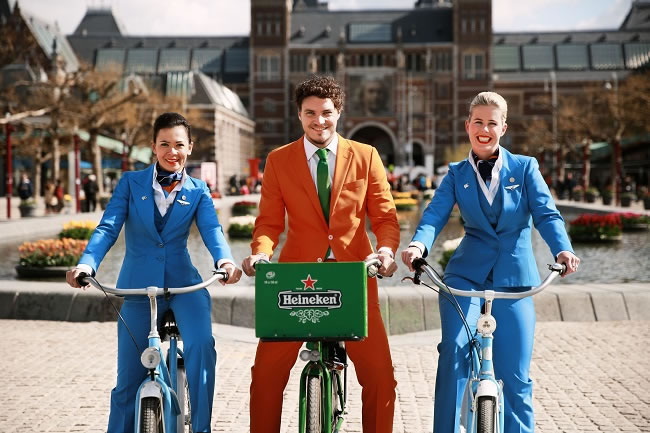 If your best friend appeared unannounced and asked you to catch a flight abroad, would you go? If KLM’s campaign has taught us anything, it’s that you should trust your instincts. The airline joined forces with Heineken to share one of Holland’s best kept secrets in the world, the epic celebration of King’s Day. The birthday of the king sees festivities extend to every street corner as Amsterdammers are gripped by national pride, known as oranjegekte or Orange Madness.

The two Dutch icons visited five cities around the globe - Shanghai, Cape Town, Rio, Los Angeles and Oslo, in search of the five bold adventurers and their friends, who would be treated to VIP access to the biggest event in Holland. 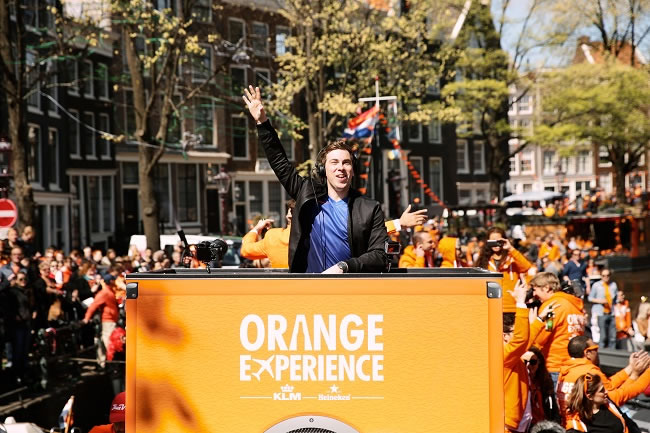 In Heineken venues across each of the cities, people who ordered a Heineken were asked if they wanted an ‘orange experience’. Only the intrepid who accepted the invitation were given an orange outfit and challenged to sing ‘Oranje Boven’, a classic Dutch folk song, in front of the packed bar. If they were brave enough to perform, the contestants were immediately whisked away to an airport, stopping just to pick up a bag and their best friend.

It was only then they were told of their destination - Amsterdam! The Dutch capital is famous for being an awesome tourist destination, but King’s Day offers a whole host of new activities to travellers. The city lights up with a series of music festivals, club nights and street markets, but these lucky few were in for something special. 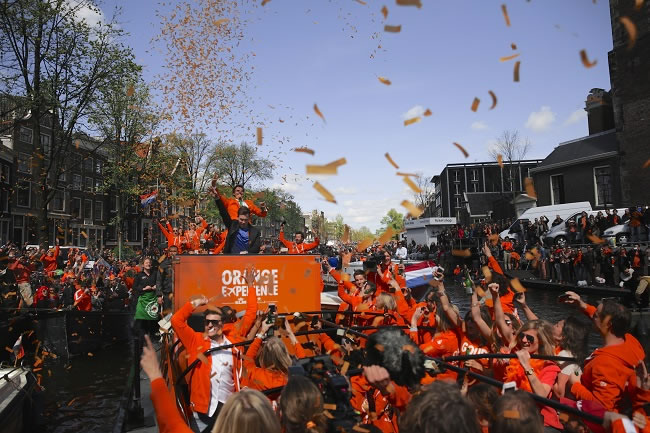 The winners arrived in Amsterdam with King’s Day celebrations in full swing. They were first taken for a ride around the city on bikes and playing typical Dutch King’s day games, before boarding a boat for the main event. Waiting to greet them was none other than DJ Hardwell, the number one DJ in the world. With its combination of world class culture, entertainment and history, Amsterdam is an absolute must for travellers everywhere. And, as KLM and Heineken proved, there’s no better time to visit than King’s Day.