ONE IS FOR COMMUNICATION AND THE OTHER IS TO QUICKLY MAKE TIME - LET’S KEEP IT THAT WAY! 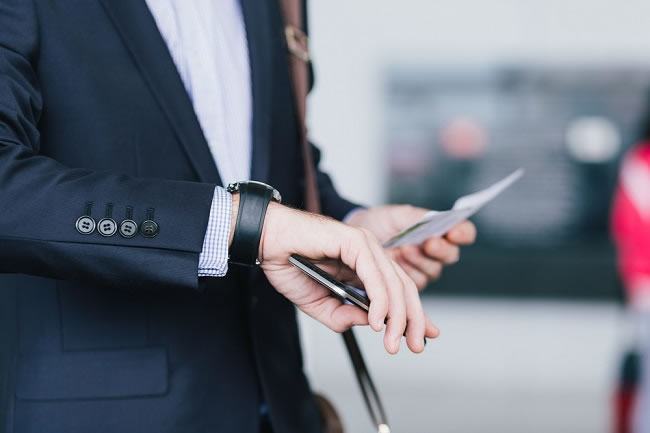 Okay men, it's time to stop what you're doing and listen up for a minute. We need to talk about wrist style. More specifically, we need to talk about the main difference between smartphones and wristwatches. One makes calls, the other keeps time. It is an important distinction that men throughout the UK need to take to heart. The introduction of the smartphone in the mid-2000s brought with it a completely new style choice for men. It became rather trendy to pull one's phone out of a pocket when someone asked for the time. It was also trendy to set up one's daily schedule on a smartphone, including audible alarms at specific times of day. And why did we do this? Because at the time we wanted to let the masses know we could afford our smartphones.

Today, everyone has a smartphone. It is no longer trendy or rare. Therefore, that means it's no longer trendy to tell the time by pulling your phone out of your pocket. No one is impressed that you're carrying the latest iPhone or Samsung Galaxy. 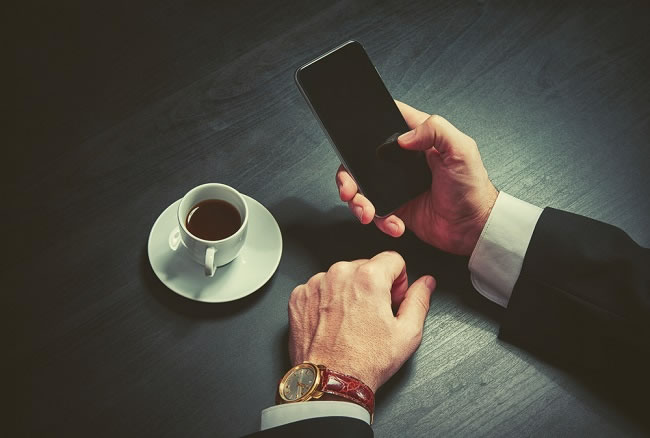 Here's the deal: phones are for making calls, watches are for telling time. It's time for men to return to the days of keeping their wristwatches and communications device separate. And no, we're not talking about purchasing the new phone-tethered watch from Apple. We are talking about an entirely separate timepiece that says you are capable of existing without depending on your phone for everything.

It is a good thing that watchmakers didn't simply throw up their hands and forget about business when the smartphone came into play. They kept forging on, creating new wristwatches that continually pushed the boundaries of style and function. It's safe to say there are plenty of choices for men. We have a few favourites:

Police Edge – Men who like Police watches appreciate the distinct, masculine styling that leaves no doubt. The Edge is one of the more popular Police models, featuring a 43mm case, quartz movement, 100m water resistance, a date function and leather strap. Moreover, it's affordable to boot. More great choice from Police here. 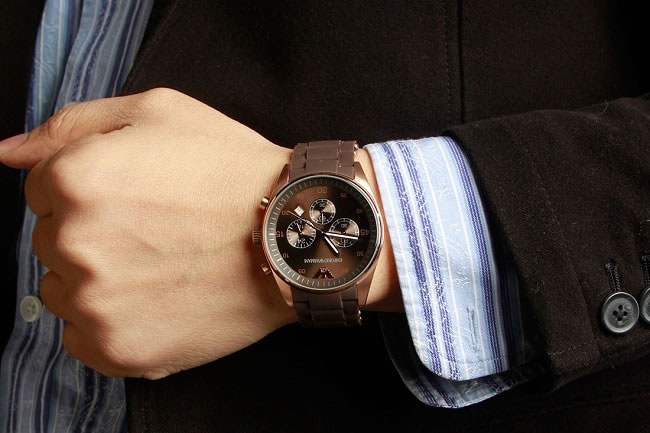 Timex T2P276 – Timex does make some large and clunky watches that would leave you better off using your smartphone. However, such is not the case with the T2P276. This is a very manageable timepiece with multiple features. It is a true chronograph that complements any style.

Armani AR5890 – If you are not averse to spending a little more on a wristwatch, it's hard to do better for your money than the Armani AR5890. It is not so expensive as to break the bank yet still offers the quality you expect from Armani. The AR5890 features a brown and rose gold finish with a stainless steel strap covered in brown silicone. Cracking offers to be had here.

We have given you just three wristwatches to look at. But there are plenty more where they came from. The point is this – wristwatches have never gone out of style or lost functionality. So put your smartphone back in your pocket where it belongs. On your wrist should be a watch that tells you what time it is and, if you are so inclined, the day and date as well. Be part of a new trend by returning to an old one.