Written by Peter Brooker in Events on the 2nd June 2015 / Alexander McQueen, A Savage Beauty 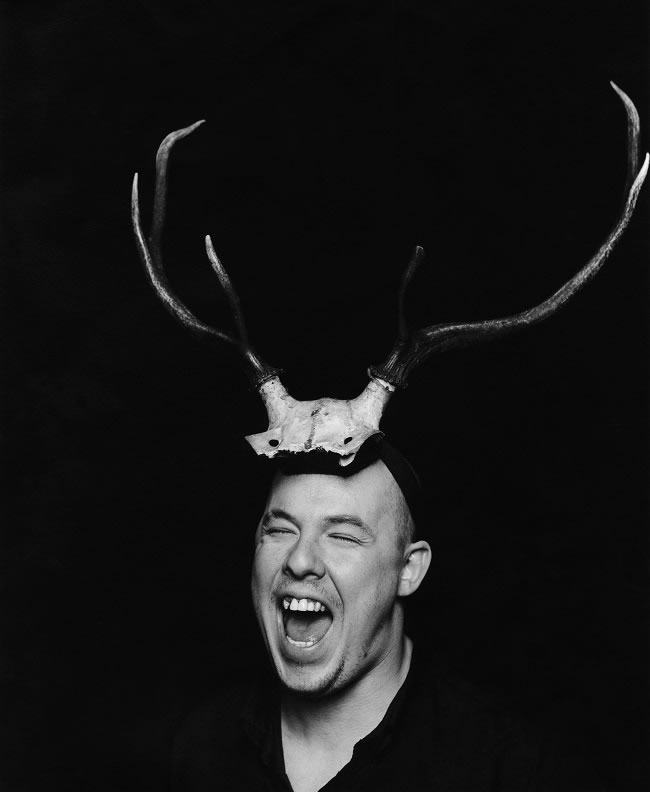 Swarovski is delighted to partner the V&A in bringing Alexander McQueen: Savage Beauty to London. It is the first and largest retrospective of the late designer’s work to be presented in Europe, spanning his 1992 MA graduate collection to his unfinished A/W 2010 collection. The collections are simply jaw dropping, and you don't have to know the difference between Romantic Primitivism and Romantic Nationalism to get the sense that this guy clearly had an eye for the crazy. Though if you do know the difference, I bet you're the sort that cleans up at Pub Quizzes. It does seem other worldly to your average punter like me that such costumes could ever be worn practically.

For example, if I took my date to the Nags Head wearing the infamous Butterfly headdress of hand-painted turkey feathers as featured in the cabinet of curiosities, we'd be run out of town and hunted down like ogres. Though I'm sure like the Bird’s Nest headdress with Swarovski gemstones, they were made for the catwalk but not intended for production. 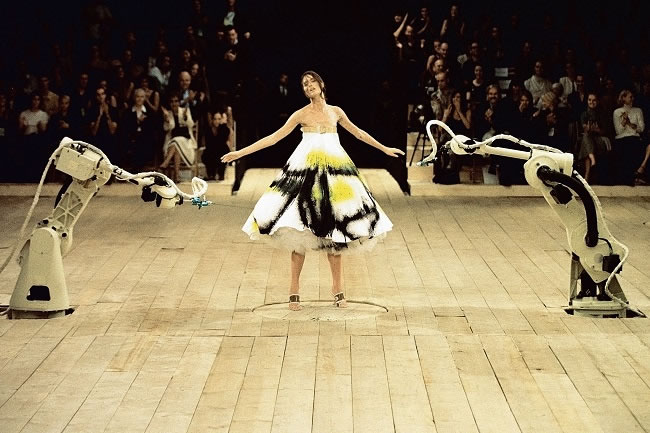 One of the many highlights featured was the VOSS (Spring/Summer 2001), also known as the ‘Asylum’ show, that was housed inside a vast two-way mirrored box. For a while I stood contemplating my own reflection, thinking how close I was to getting a mono-brow, when the mirror switched and many exoticized garments from the Voss collection presented itself. Now I don't have the number to hand of how many ostriches were butchered to make the critically acclaimed Dress of Dyed Ostrich Feathers, but they didn't die in vain as I watched people look on utterly beguiled with its incandescence. 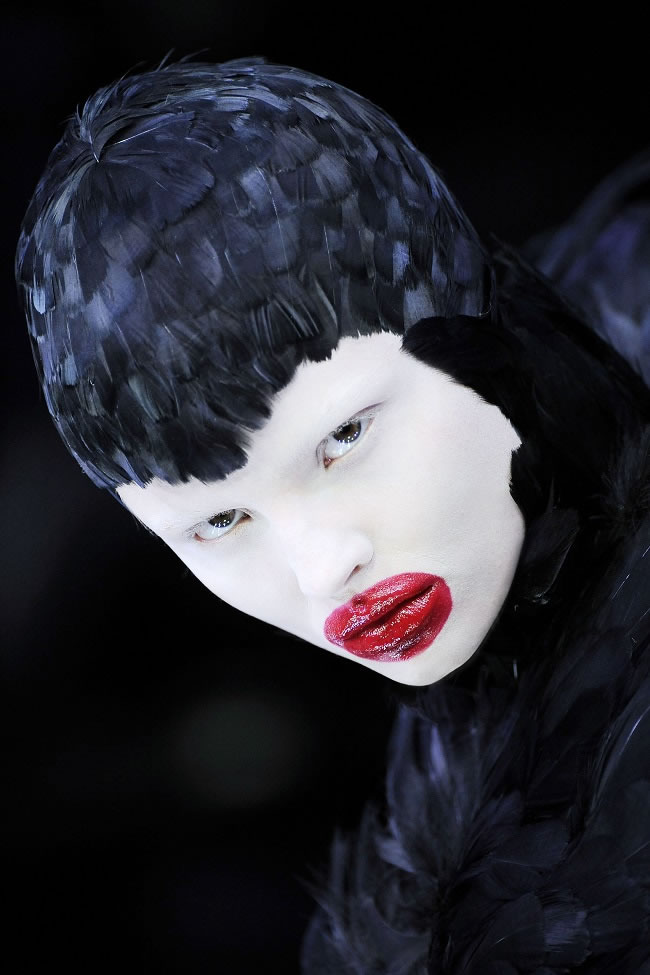 At the centre of Savage Beauty, is the hologram of a ghostly Kate Moss, which first appeared in McQueen's 2006 'Widows of Culloden' show in Paris. Kate Moss is one of those girls that has had a long career in the modeling industry, yet I'm not attracted to her. That said I was quite entranced and unexpectedly aroused watching the ethereal figure of Moss shown floating inside a giant glass pyramid.

In conclusion I felt the narrative of the exhibition was one of palpable melancholia. The through-line in his collections are stained with tragedy because whilst McQueen was a master of his craft, ultimately he failed to master his own demons and his legacy is a clear tapestry of those hauntings. I spent sometime in the Savage Beauty museum after where you can buy an Alexander McQueen hardback published to accompany the V&A’s landmark exhibition, before cheering myself up after with a beer and a burger for £8.45 in a boozer called The Bunch of Grapes around the corner.