A GUIDE TO ALTERNATIVE CINEMA IN LONDON 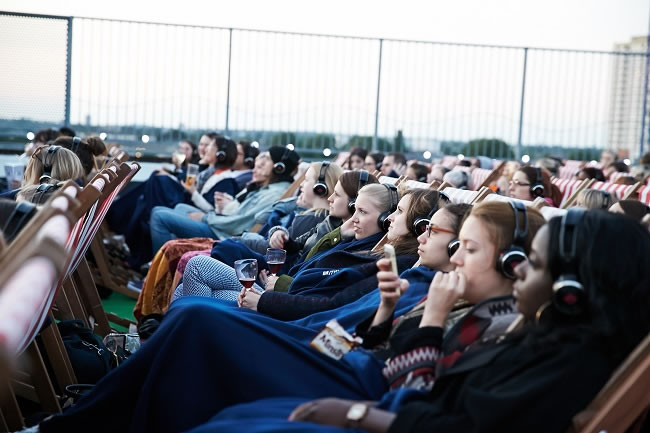 Cinema is ever evolving. Ever since the birth of projection in 1895 when an audience ran screaming from the footage of the Lumière brothers 'arriving train', cinema has been pushing the boundaries to maximize the magic for moviegoers. One Cineworld even offers 4D, which includes, spray, wind, scent and lightning (Who the hell wants lightning?). But if you're not into multiplex and don't want to chance being struck by 100 million volts of electrical discharge, then here are a few alternatives for you to try.

Ain't no party like a hot tub party! Where else can you go to watch a film whilst chatting up two exchange students in skimpy bikinis? It’s fair to say, whatever you watch will be background noise to the party atmosphere, and maybe it’s not the right environment for Schindler's List (we watched Labyrinth), but I haven't had this much fun in the cinema since I played the popcorn trick (yes that one) with my first girlfriend during a screening of Rescuers Down Under. Who knew you could get banned from a cinema for "minute" indecency. 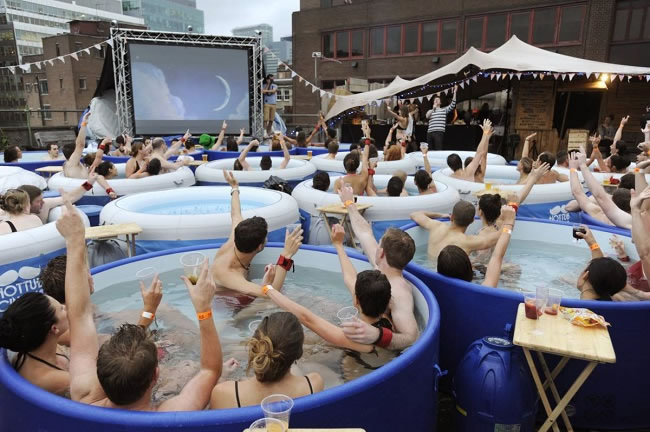 Currently set in the epicentre of Brick Lane, within the new Lynx Black Space pop-up shop, Backyard Cinema have handpicked some incredibly moving, inspirational and powerful documentaries to screen to a small, intimate audience. Backyard Cinema are showing a range of top end documentaries such as Searching For Sugarman and The Crash Reel, in a really small intimate setting of 30 people perched on sofas with the chance to talk about them afterwards. Although the event will be undoubtedly stimulating, the odds of seeing two hot ladies neck Jagerbombs, will be long. 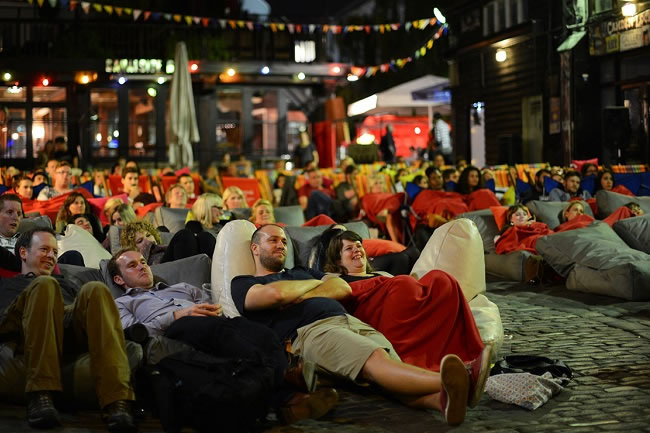 I have experienced two rooftop film clubs this year, each under very different circumstances. The first on a lovely spring evening on top of the Bussey Building in Peckham. The view from the roof was incredible and Peckham looked a picture as the sun nestled on its horizon. The second was in Stratford under a very different climate. To quote Forrest Gump, we had all different kinds of rain "Sideways Rain, Big ol Fat Rain, and Rain that came from Straight Up". But the organisers providing adequate shelter with blankets, disposable rain macs that made me and my date look like Leslie Nielsen and Priscilla Presley in the safe sex scene from Naked Gun. The only thing that marred the event was when my date threw away an entire can of lager afterwards. She had purchased it mind you, but still, Woody Allen used to say insufficient laughter was grounds for divorce, I'd say chucking away a full can of lager is up there too. 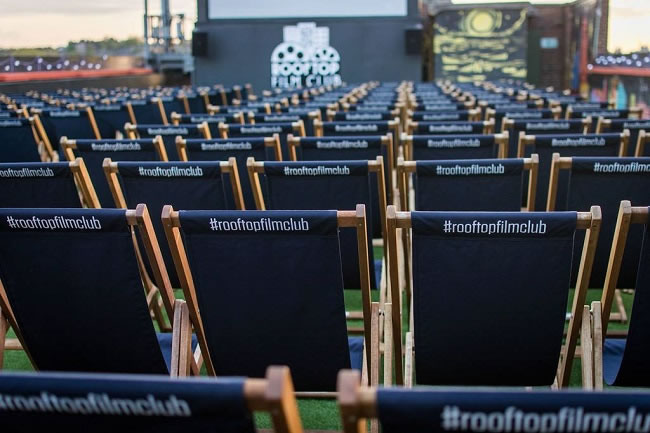 The perfect place to take a girl on the 3rd or 4th date. It's not as cheesy or as threatening as inviting them round to your place. Especially if your cinema is a tiny tube tele hooked up to a VHS player. AND your flatmate leaves out his used dental floss on the sink, and the dental floss has entire clumps of meat attached to it. They provide the bean bags and blankets, all you have to do is not fall asleep and snore. You can fall asleep with impunity, but snoring is definitely against the Pillow Cinema code of conduct. 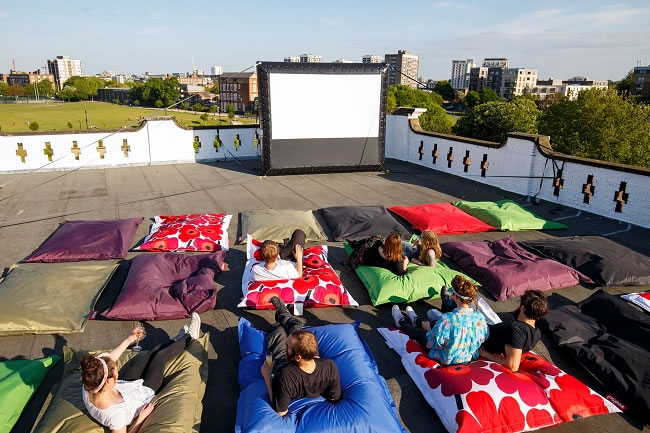