WE TALK TOP HATS AHEAD OF ROYAL ASCOT 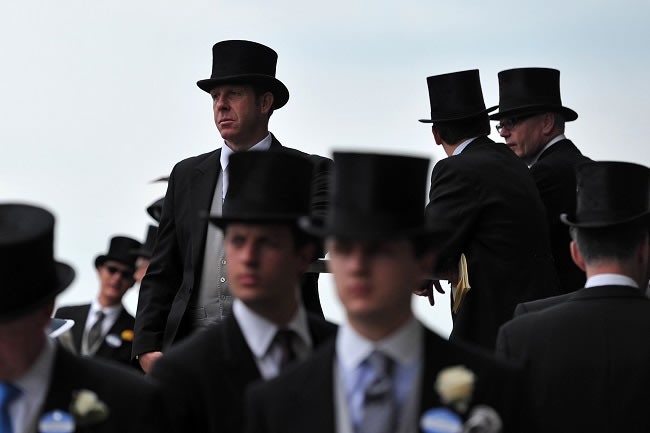 Royal Ascot is imminent which means, if you're attending, you need to be dusting off your top hat or heading out to purchase one. It's a fantastic English traditional, and part of the strict Ascot dress code to sport a top hat to the five day event. The original top hats were made from hatters' plush, soft silk weave with a defined 'nap' (If you didn't already know, nap is the raised surface on a material and the effect is usually achieved with a certain washing process or with a wire brush). The original silk top hats are no longer in general production as the supposed last loom to produce such a material was destroyed in Lyon when a fight broke out between the owners, two brothers; Nicholas and Bobby Smith.

The more common covering of a top hat now is made of fur plush, known as melusine. Although most top hats are black, the grey flat fur felt top are also a common alternative, especially at Royal Ascot. 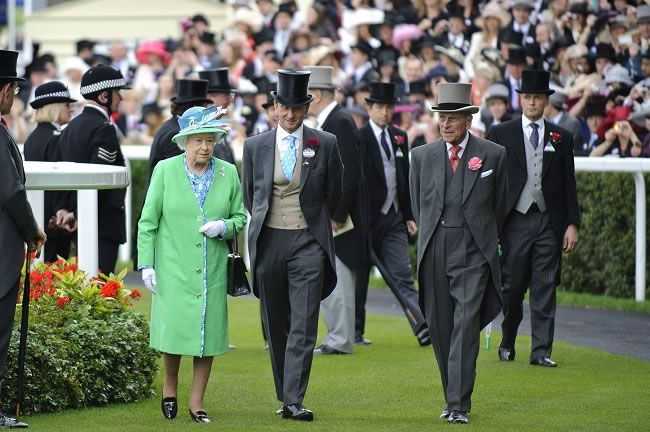 I managed to have a talk with the proprietor of the well-known Sloane Street store, Oliver Brown, about the tradition of top hats. Kristian Robson has run Oliver Brown since 1998. They are one of the oldest independent retailers of original silk top hats where they restore them back to their beautiful form. As well as offering a fitting service for top hats, they also offer a bespoke tailoring suit service.

How did you get into the business you are in?

“It all started when I purchased a silk top hat from Portobello Road after I left university. I spent £50 on it. I went to an event where my uncle asked me where I bought it from. He was stunned when I told him how much it cost as it was an original and he has spent £1000 on his own. So after the event I returned to where I bought it from and sold it back to them for £200!”

How long does the fitting of a top hat take?

“A full fitting should only take about 20 minutes. The circumference of the head is measured and so is the shape of the head.” 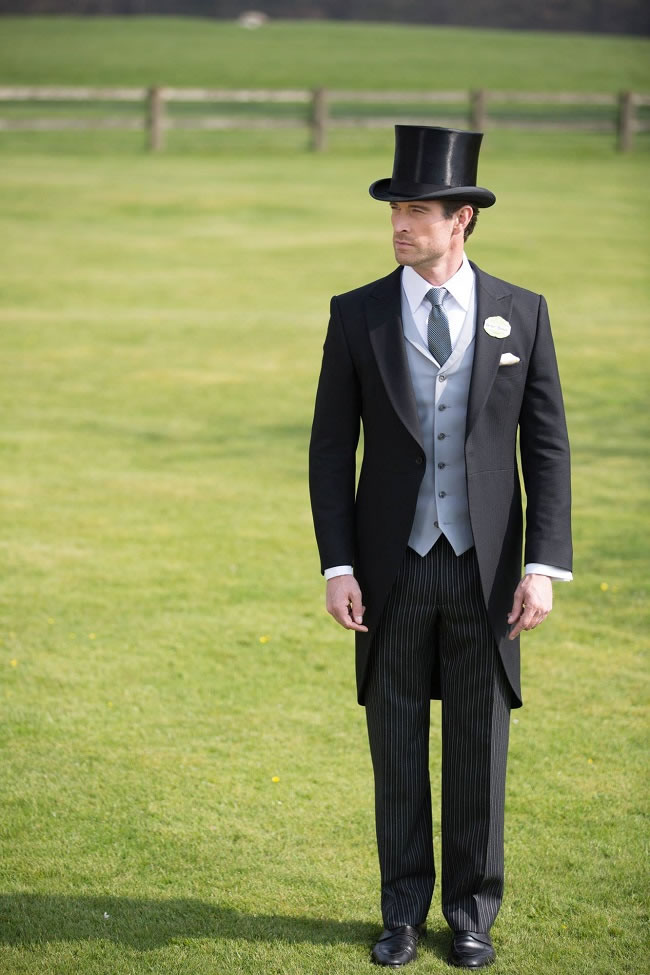 What are your best sellers in the store?

“The tall topper is the best seller. More men are actually asking for the original silk top hats now, as they are so hard to find.”

What do you think it is that makes a silk top hat so special?

“It is definitely the shine of the silk. The shape of an original silk top hat is also very distinguishable from the more modern day versions.”

Where do you source your top hats from?

“Our plush fur top hats are made in Yorkshire but the silk top hats are sourced all over the world. Our buyers travel to markets in France and other destinations far and wide to find the beautiful top hats.”

How are things in the shop leading up to Ascot?

“It is by far and away our busiest time. Sales are up 50%. Our clients come from all over the world and we have a lot of last minute appointments with some very important people. We usually get phone calls just as they land in London!” 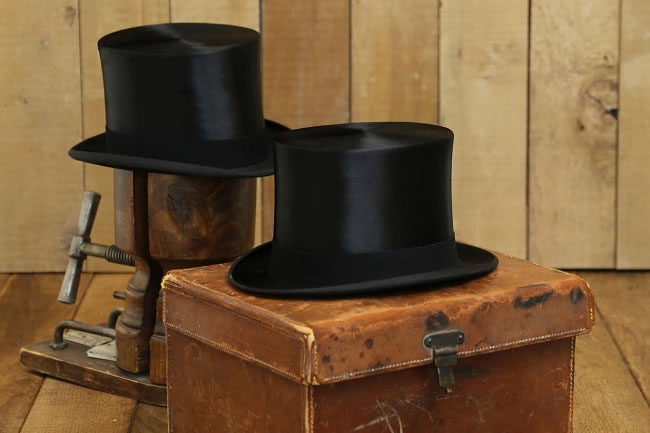 What do you think keeps the tradition going of wearing a top hat to Ascot?

“Certainly the fascinating history behind the wearing of a top hat keeps the tradition going. It would be great if the tradition was part of the dress code for other events and not just Ascot.”

Oliver Brown are the only retailers present at Ascot, which Kristian describes as "an absolute honour" and they hope to continue selling there for years to come. With the average size of a man's head increasing over the years, the larger size of silk top hats are becoming increasingly rare, making them rather expensive. They start at £500 for 56cm and reach £3000 for 63cm. A bad fitting top hat can stand out a mile and the actual shape is a very personal choice, so I can highly recommend visiting the shop for a fitting. Nowadays more men are choosing to spend the money on an original. It is definitely worth the investment as it is a piece of history you will keep to pass down to generations.