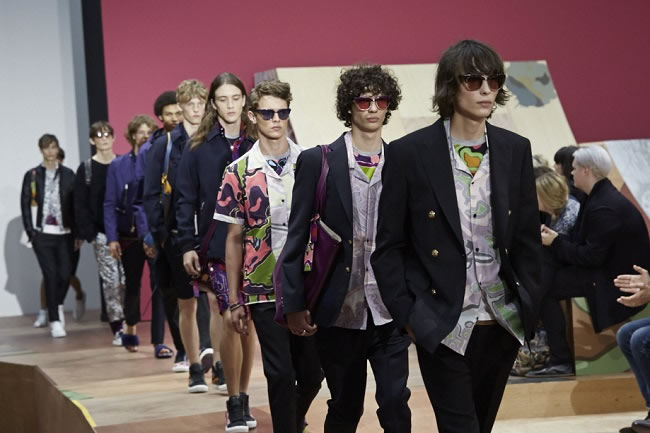 The raging bull known as “LCM” shows no signs of slowing down anytime soon. It’s amazing how different it is now compared to the first season we attended just 3 years ago. Dylan Jones OBE, Chair of ‘London Collections Men’ announced that the event had grown both in size and meaning to reflect a sector that in Britain is growing faster than womenswear. In fact, the men’s clothing market has seen sales rise by 22% in the last five years to reach £13.5 billion in 2014, growing at a faster rate than womenswear, driven by increased interest in men’s fashion and more retailers expanding into menswear. For this season’s show coverage our Fashion Editor (Andree Latibeaudiere) and Editor-in-Chief (Craig Landale) teamed up with an amazing live fashion illustrator (Megan-Ruth St Clair Morgan) to bring you our collection highlights with an artistic twist.

Sibling - The show definitely smelled like team spirit as they presented their interpretation of the typical American Football hero, complete with cheerleaders, collegiate humour and locker-room references. Lace up details, over padded shoulders and jockstraps permeated the collection, and the introduction of tailoring was a welcome change, showing that the Sibling man perhaps had a grown up side. 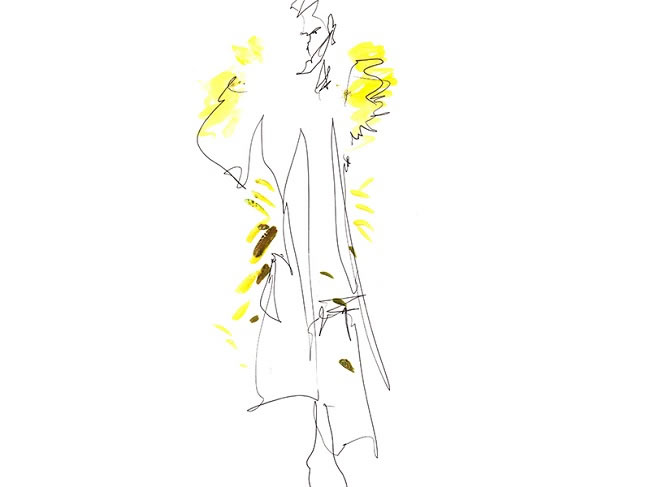 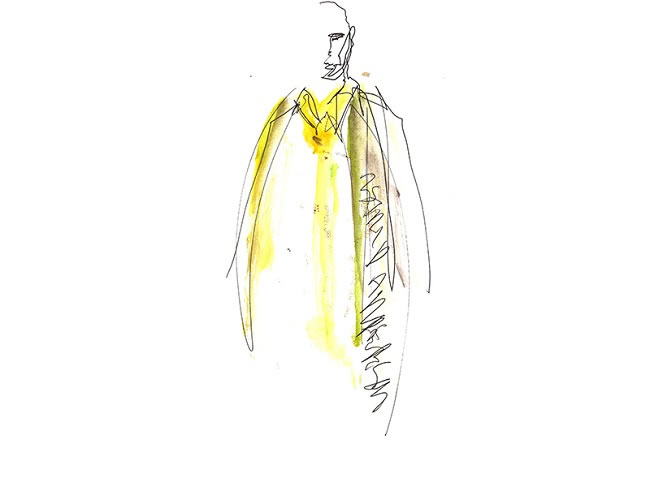 Agi & Sam - This season, Agape Mdumulla and Sam Cotton reinterpreted stripes in every way possible, by experimenting with the size, shape and length on shirts, suits, jackets and jumpers. The collection was much more restrained than last season and stand-outs included the sea-blue velvet wide-legged trousers and indigo single-breasted coat.

Sankuanz - Sankuanz found an interesting way to reinvent streetwear resulting in a collection that was fresh with an urban edge. By combining staple sportswear pieces, such as cropped trousers and bomber jackets, with traditional Chinese silhouettes and clever styling, the look was clean and surprisingly wearable. 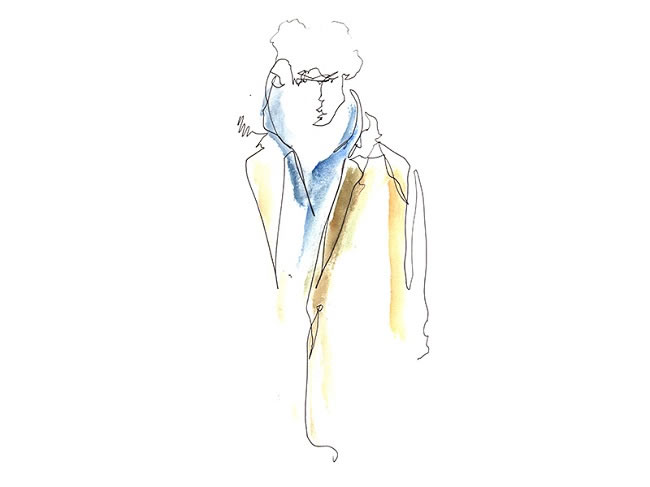 Ada x Nik - The 'SYN' collection continued Ada Zanditon and Nik Thakkar's foray into the exploration of dark matter and the relationships between us. Featuring all black sensual fabrics paired with soft leather and signature long-line shirts and shorts, this collection did not disappoint and stayed true to the core values at the heart of the brand.

James Long - James Long was a masterclass in customisation, giving his collection a distinctly homemade feel. Featuring rough-hewn hems, frayed detail and his signature patchwork separates in clashing prints, each piece felt unique and personal. Jumpers and t-shirts were reimagined through slashing and applique features and the belted details from the previous season worked to Long's advantage, giving the collection an overall relaxed mood. 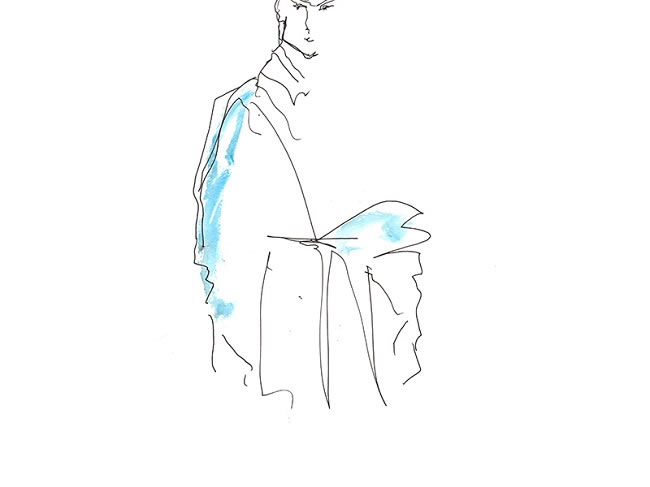 Spencer Hart - Known eternally for the sharp skinny suit, Spencer Hart took a different turn this season with a slightly more unbuttoned look, with a relaxed shoulder, in shades of blue. The collection, inspired by Palm Springs and set to a Stevie Wonder soundtrack featured barefooted models wearing collarless jackets and suits in periwinkle, styled with deep indigo loose trousers and collarless jackets.

Joseph Turvey - The show was an expedition into new frontiers, with a heavy emphasis on texture and its transformative nature. It's always nice to see the appearance of more delicate fabrics in menswear and the incorporation of lace, embroidery and grosgrain stripes lent a 3D effect to the sportswear pieces. It was this interplay between hard and soft which gave this collection a more thoughtful perspective with added dimension. 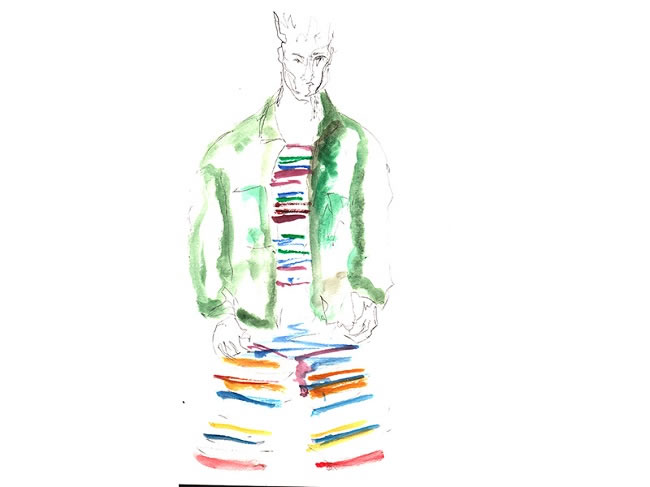 Maharishi - Maharishi continued to explore the themes surrounding the military, but this time, it was evident that a deeper meaning was running through the collection. The incorporation of different religious garments into army-inspired pieces, including capes and monk's robes paired with sweatpants, cargo shorts, camouflage prints and embroidered jumpers in sandy colours explained the idea of unifying the things that separate us and perhaps finding some much-needed common ground.

Sean Suen - Precision cuts and clean lines were the orders of the day at Sean Suen, in a collection that perfectly merged traditional western suits with Chinese robes. Pinafores layered on top of crisp shirts, black stripes, contrasting panels and belted details were prominent features throughout, and when paired with the elegance of the flowing fabric, it made a strong masculine statement. Presented by GQ China, this was the first time Suen showed at LCM, and with his pieces sitting comfortably with the dialogue already occurring, it surely won't be his last. 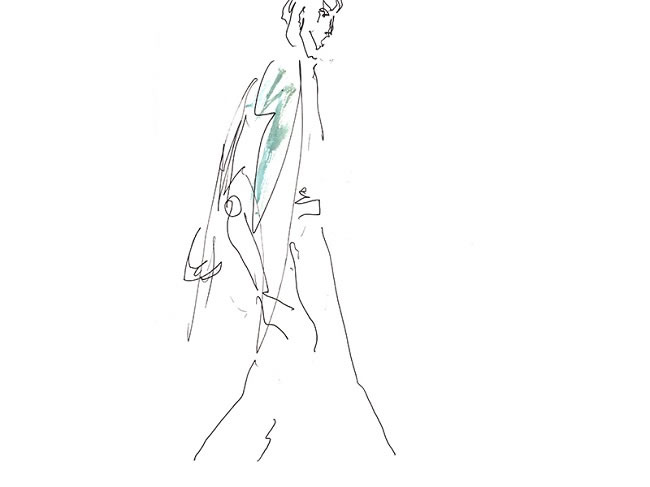 Katie Eary - The Fifties teenager was the source of inspiration for this SS16 foray, marrying innocence with burgeoning sexuality to create a slightly subversive collection that captured the signature spirit typical of Eary. Featuring My Little Pony motifs, ombre colours in shades of pink, orange, blue and aqua, paired with battered blue denim, accesorised with gold hardware, this collection was fun, youthful and upbeat.

William Stone - It's hard to believe that this is only the second time William Stone has presented at LCM, as this brand seems to be developing a maturity that strongly reflects its contemporaries. Although William kept loyal to the signature prints of last season, it was the departure to a slick navy single-breasted suit and a light teal double-breasted suit which were the most pleasantly surprising. 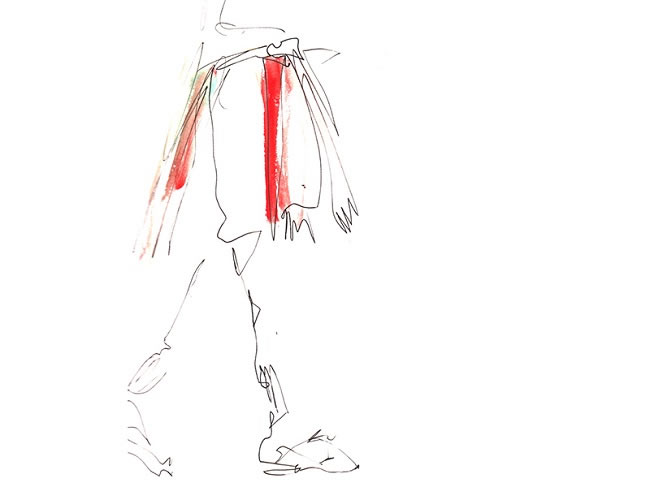 Tiger of Sweden - The bad-boy-turned-good aesthetic of Tiger of Sweden was back in full force for SS16, with a strong collection of suits in shades of white, grey and blue. Gone were the sharp cuts typical of this house as designers Ronnie Junior McDonald and Christian Lippich explored more relaxed, loose tailoring which felt fresher, particularly when paired with Panama hats and exaggerated pocket squares. Distressed denim stood alongside white double-breasted suits, but it was the bold stripes-on-stripes looks which stole the show.

Burberry - Sunny Kensington Gardens was home once again for Burberry. British musician Rhodes performed the live soundtrack to the show, accompanied by a 24-piece orchestra conducted by Joe Duddell. The collection introduced authentic sartorial menswear mixed with unconventional elements and celebrated Burberry's made-in-the-UK icons including heritage trench coats, made in Castleford, and cashmere scarves, made in Scotland. 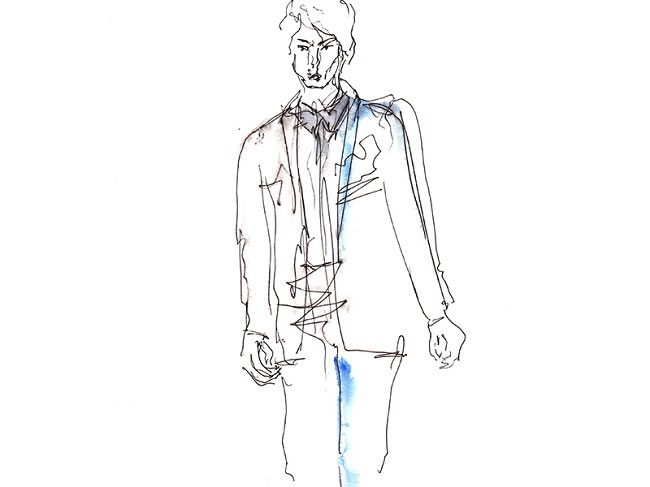 Belstaff - The British desert explorer was the concept of this collection, an intrepid and adventurous figure, motivated by the desire for discovery in the world’s most hot and unforgiving of landscapes. In keeping with Belstaff’s history as supplier to the British forces, a strong military influence pervades, with more than a nod to the Desert Rats.

Christopher Shannon - The SS16 show (in collaboration with Cat Footwear and Zippo Lighters) was a homage to the iconic lad's holiday, featuring a heavily deconstructed collection that hinted at unsavoury antics. Slashed shirts with zipper details, oversized layers with missing panels, Zippo motifs and the odd untied bikini top, challenged the viewer to wonder what happened the night before. Another strong offering from Shannon. 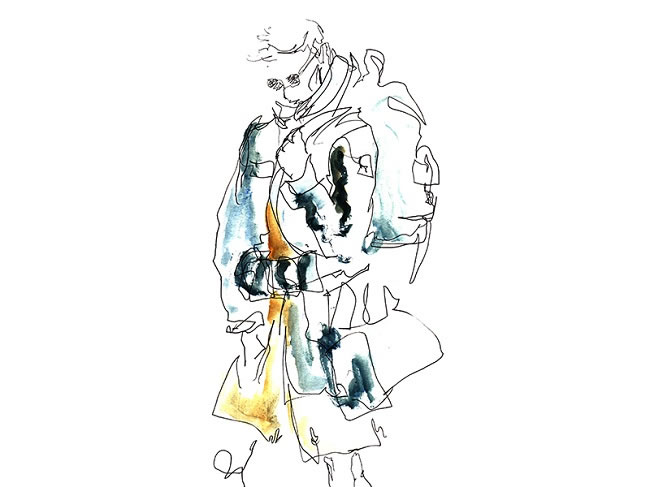