A 1,000-MILE ENDURANCE RALLY ACROSS ITALY 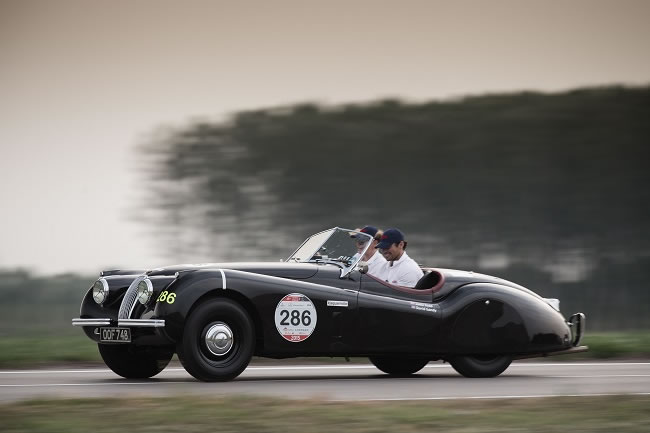 Jaguar is celebrating an excellent team performance in the 2015 Mille Miglia with all nine cars finishing the gruelling 1,000-mile endurance rally across Italy, with two cars inside the top 200 hundred finishers. In the year that Jaguar celebrates its 80th anniversary, Jaguar Heritage headed to the start in Brescia with three C-types, three D-types, two XK120s and an XK140 driven by famous faces from the world of motorsport, TV and music.

In total, well over 400 cars took part in the punishing four-day event, which started in Brescia, headed to Rimini on the east coast, before dropping down to Rome, back up to Parma – taking in historic Siena and Pisa on the way – before finishing back in Brescia. 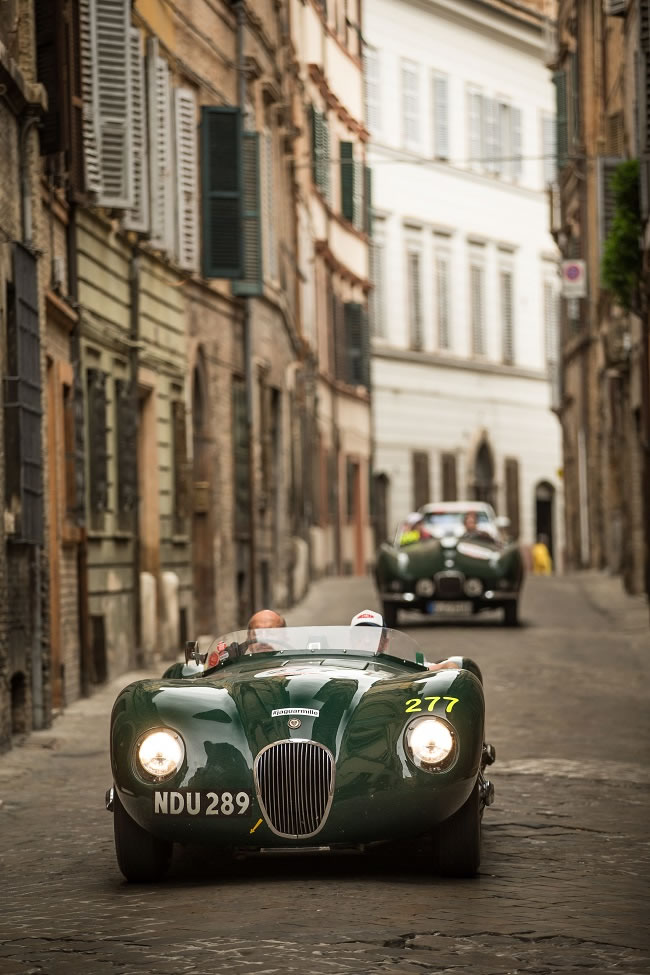 Supported by an expert crew of Jaguar Heritage technicians, the nine Jaguar entries never missed a beat allowing each driver pairing to focus on the core demands of the Mille Miglia: covering big daily mileages while also completing regularity time-trial stages. Finishing in 171st place were model and TV presenter, Jodie Kidd and model and GQ.com columnist David Gandy, driving ‘OOF 748’, a Jaguar XK120 roadster. This was the second time Kidd had driven the Mille Miglia in this car, affectionately nicknamed ‘Betsey’: “It was just so much fun to be reunited with Betsey again,” she said. Fellow driver, David Gandy, added: “It’s just been a real privilege and an incredible experience. I think the highlight for me was the way Jodie and I worked as a team. Our driving styles are very similar – we’re just as committed on the road as each other.” 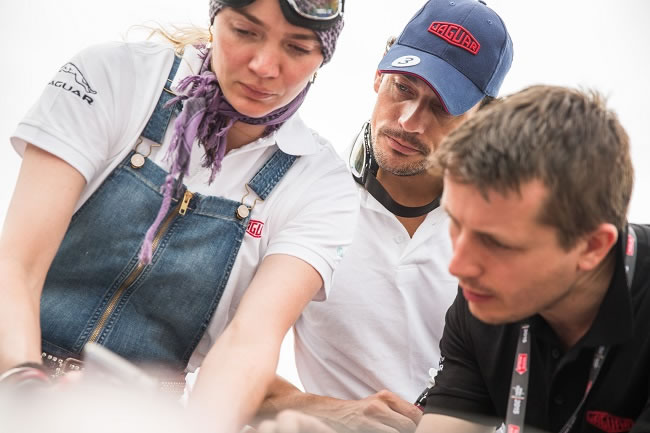 Rapper and musician Elliot Gleave, aka Example, drove with his father, Michael Gleave. This was the second time Elliot had driven the Mille Miglia. This time he drove in ‘TAC 740’, an XK140 roadster. “This year was even better than the first time. I really got to grips with the car, the route books and the timing challenges. It has been a totally brilliant experience, but I’m knackered. I feel like I’ve done 20 days of touring. Doing it with my Dad has been amazing. He lives in Australia so I only see him once or twice a year. This is something we’ve been able to bond over. It’s been very special indeed.” 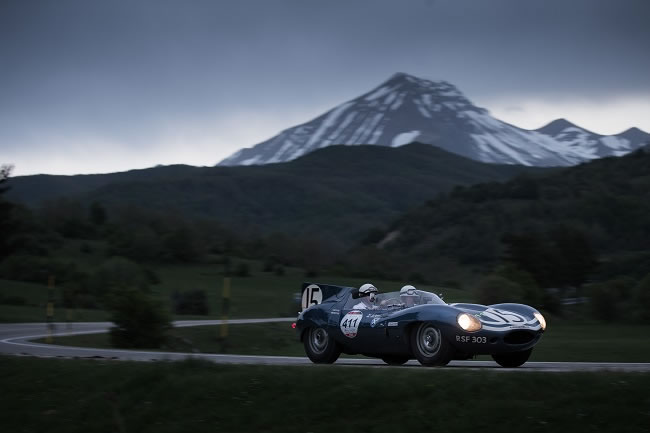 Driving ‘RSF 303’, the priceless Jaguar D-type ‘Long Nose’ Ecurie Ecosse racer of businessman and classic car enthusiast Clive Beecham, was Jaguar Director of Design, Ian Callum. “This was my third Mille Miglia,” he said. “I was offered the chance to do this year’s event in a D-type, and an Ecurie Ecosse D-type at that. I couldn’t turn it down, especially as I remember that car being driven at Ingliston race track in Scotland when I was about seven or eight years old." 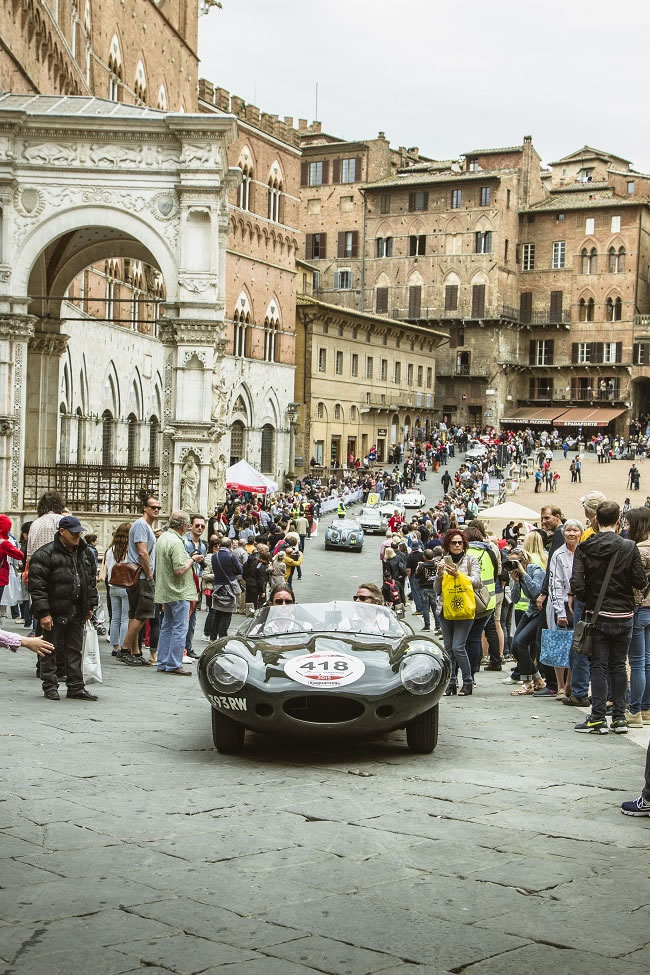 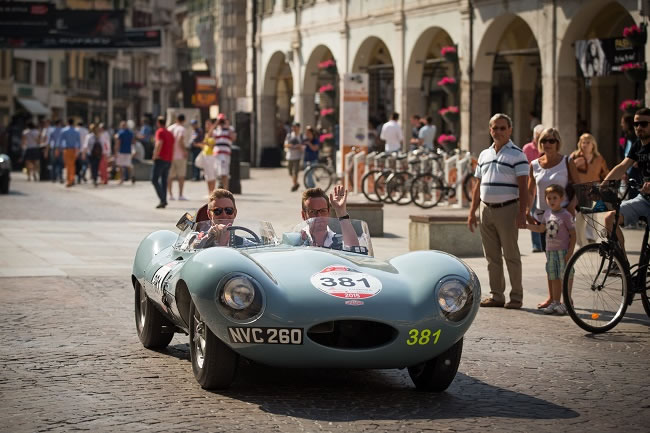 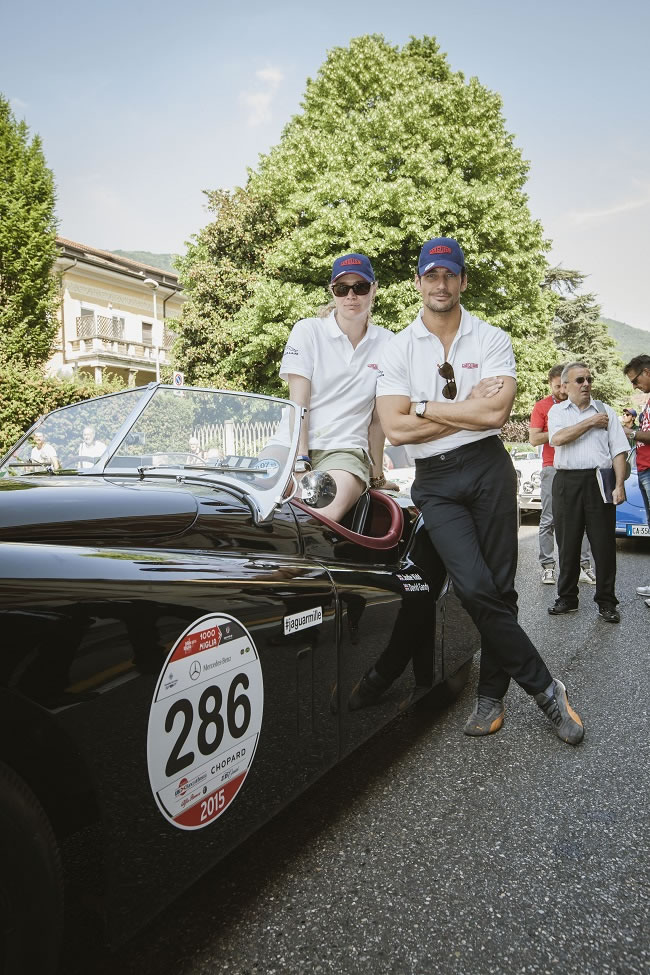 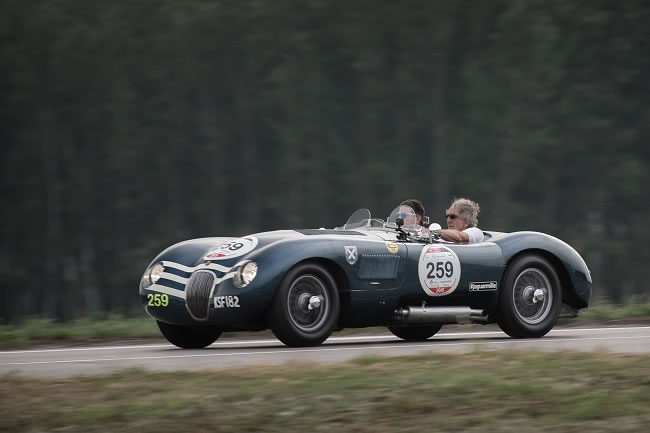