Written by Menswear Style in Brands on the 29th June 2015 / INSTRMNT, Glasgow Design Crafted in Bavaria 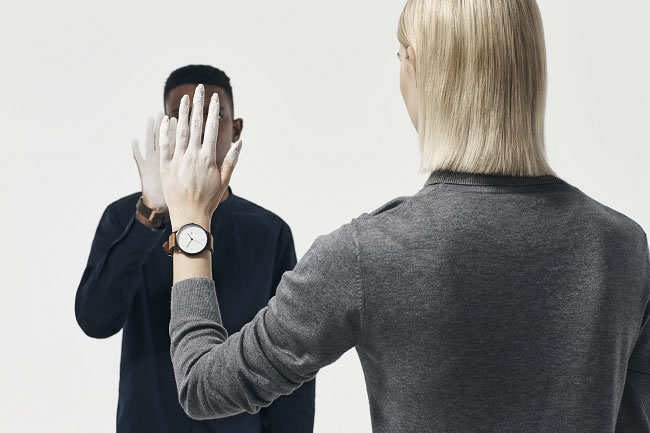 This watch brand launched late last year with Instrmnt 01, a minimalist steel watch that takes inspiration from the industrial design of the mid-20th century. The studio has a keen interest in functional, utilitarian products and tools produced during that time period: from the simple, readable dials of analog ammeters and voltmeters to the revolutionary minimalism of Dieter Rams.

The layout of Instrmnt 01 - unassembled with tools provided for the customer to build their own watch - has quickly become an iconic part of the brand. Another key principle lies in the use of high quality materials alongside trusted, proven technology. 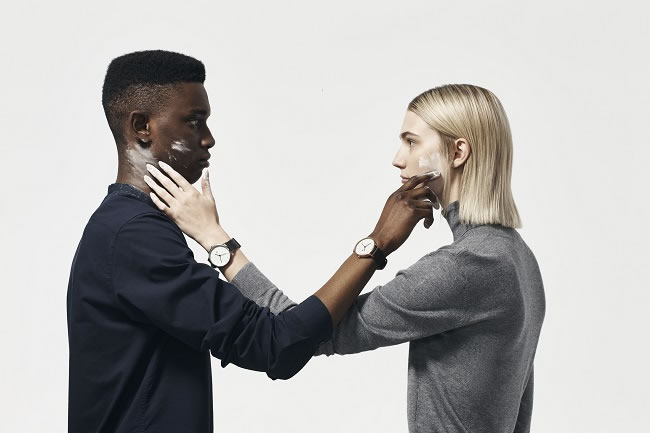 Instrmnt 01 ships with a Swiss Quartz Ronda 385H movement assembled in Lausen, a German made leather strap, and recyclable packaging manufactured in the UK. Instrmnt have just come to an end of an exclusive retail contract with Dezeen Watch Store and are now starting to work with a small number of quality retail partners around the world. They've just launched the new 2015 campaign which has been shot by Neil Bedford featuring models George Koh and Lizzie Rankin. The shoot is the first in a series of studies taking inspiration from mined, naturally occurring materials and their derivatives that are involved in the manufacture of each watch. 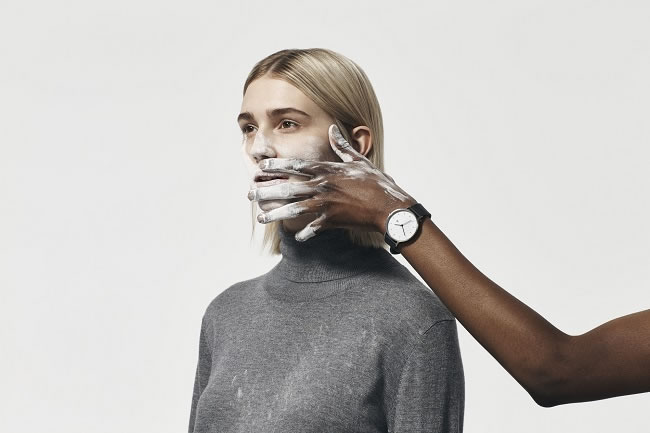 The Instrmnt 01 series has been re-issued with a number of aesthetic and technical modifications including upgrades to the PVD coating, hands, a new reprinted date dial and a new strap. Each watch is now shipped with a calf leather strap produced by one of the last remaining strap makers in the Bavarian Forest, manufactured using only traditional techniques and the finest materials. 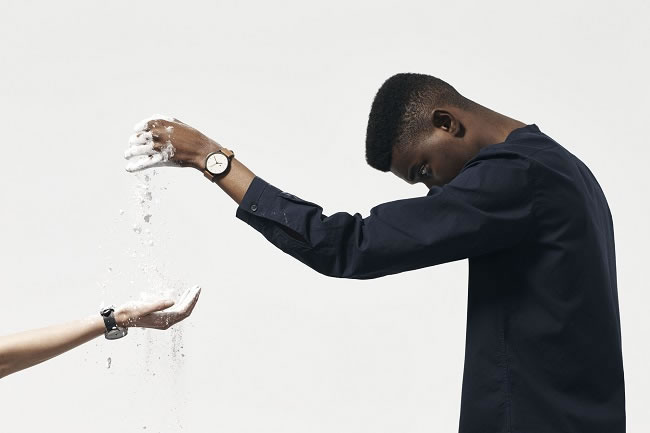 The team recently (film below) went out to the factory that make the Instrmnt watch straps, one of the last remaining strap manufacturers in the Bavarian Forest. This area of Germany once had lots of leather production but most factories had to close down due to a cheaper product being made available from China, however, Instrmnt's manufacturer managed to sustain their business. They use traditional techniques and 50 year old machinery, and most of their craftsmen have been working there for 30 years or more. The quality of their straps is pretty much unparalleled and miles apart from a similar offering made in China. The leather they source is considered some of the best in Europe, from a tannery in the same town run by the owner’s brother in law.