1,950 DESERT BOOTS MADE TO CELEBRATE THEIR 65TH YEAR 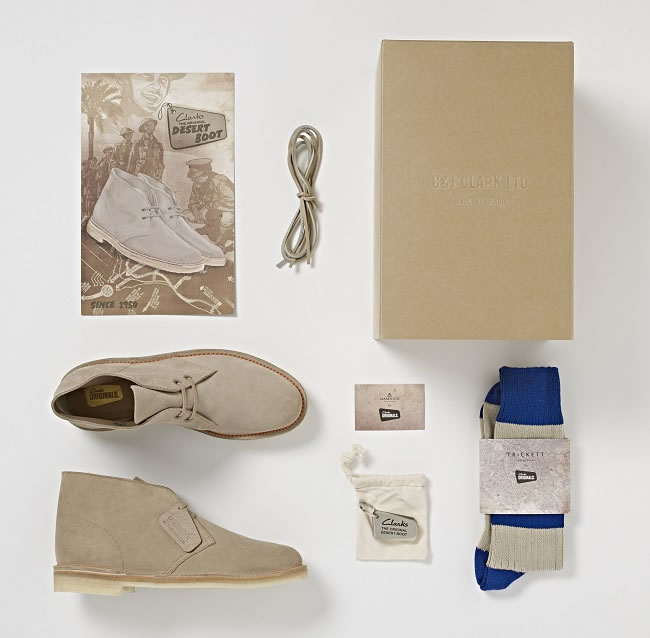 Clarks Originals celebrates the 65th anniversary of the Clarks Desert Boot with a special Made in England collaboration which sees the Originals brand and the Charles.F Stead factory come together to create a handcrafted, limited-edition Clarks Desert Boot which heroes the artisanal skills at the centre of British style today.

Designed by Nathan Clark – the Desert Boot was modelled on a shoe made in the bazaars of Cairo, and worn by off-duty British army officers. 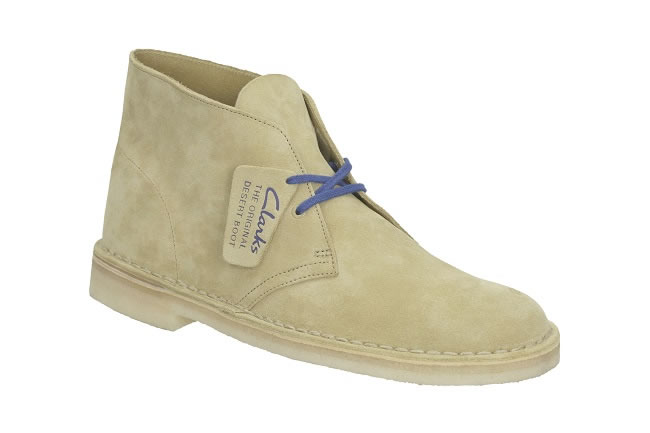 Nathan cut the pattern for the boot himself and made a sample in neutral beige-grey suede. Sadly, it got a lukewarm response from the Clarks Stock Committee in Street who declared it “would never sell”. Undeterred, Nathan launched his creation at the Chicago Shoe Fair in 1949, transforming his stand into a desert oasis. Unconfirmed reports say he used tons of sand in the process, while women dressed as belly dancers presented the Clarks Desert Boot on a silk pillow.

Each of the 1,950 pairs (a number chosen to reflect the year when the boots first hit the market) of the Made in England Desert Boots are hand-numbered and come with spare leather laces. The collaboration honours the unique partnerships forged by Clark which are still integral to the Desert Boot 65 years on. 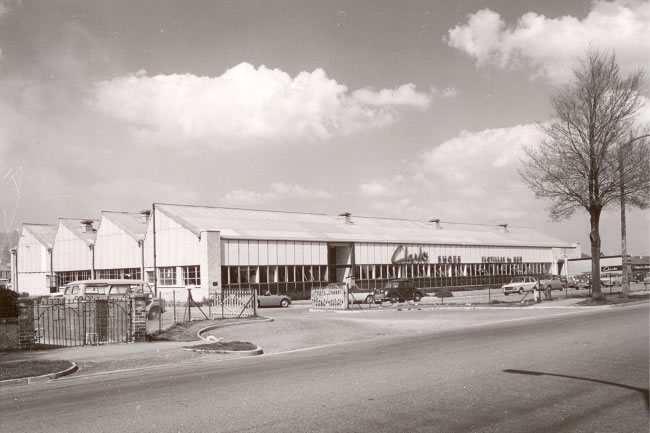 How to spot an Original - Stitch-down construction (the distinctive feature of which is an upper turned outwards instead of ‘lasted-in’ under the insole), Natural crepe rubber sole, Signature double eyelet, Unmistakeable top line, Made using the same Last since the 1950s, British made Charles F. Stead suede.