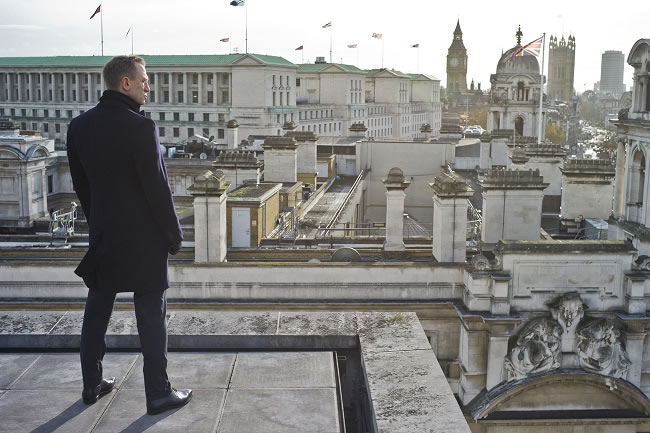 Let’s face it, every guy wants to be James Bond, he has a lustrous head of hair, moves like a panther, shags models, never calls them, bungee jumps off the Contra Dam, all this whilst getting on the sauce. He also gets to travel the world, and whilst you might not be able to do a shoulder roll out of a DB5 and still keep your side parting, you can at least travel in Bond, James Bond's footsteps. The James Bond films are synonymous with exotic locations, peppered all over the globe. Here are the top 5 places that have featured in the franchise.

Ok not technically in the films, but this is where Bonds literary creator Ian Fleming, first came to Jamaica during WWII. He knew that when the war ended, he would retire to a property located in the village of Oracabessa Bay, which means “golden head.” By chance he had been working on a naval operation called GoldenEye. It was at GoldenEye that he dreamed up James Bond, 007, and wrote all 14 of the Bond James Bond novels. Today, accommodations at the original resort include: The Fleming Villa, 11 one and two–bedroom Beach and Lagoon Villas, six Lagoon Cottages, and one Ocean Front Villa. Located on a stunning 52–acre site, GoldenEye is home to secret coves, breathtaking private beaches, tropical forests, and a seawater lagoon. 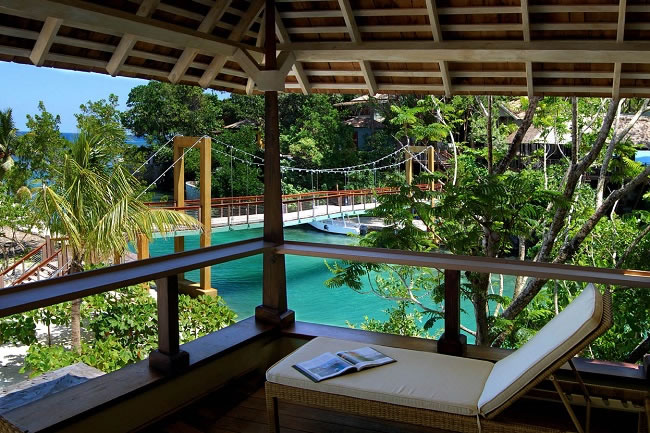 The Piz Gloria restaurant - Switzerland - On Her Majesty's Secret Service

For the purists, OHMSS has often been cited as the best James Bond film. Of course they are wrong, but it does boast a memorable location; the mountaintop ‘allergy clinic’ of Blofeld. Now a revolving restaurant called Piz Gloria, which was then under construction, atop the Schilthorn Mountain peak, above Murren, Switzerland. Permission to film there was granted on condition that the film company furnish the interior and build a helipad. The Piz Gloria restaurant is still thriving and is a regular stop off for Bond fanatics. The Schilthorn summit is a half-hour cable car ride from the village of Stechelberg in the Lauterbrunnen Valley, and gives glorious views of the Eiger, Monch, Jungfrau and many other dramatic Alpine peaks. If you wish to have a fight on top of the cable car in a tux, with a stranger, then you need to speak discreetly to the owner. 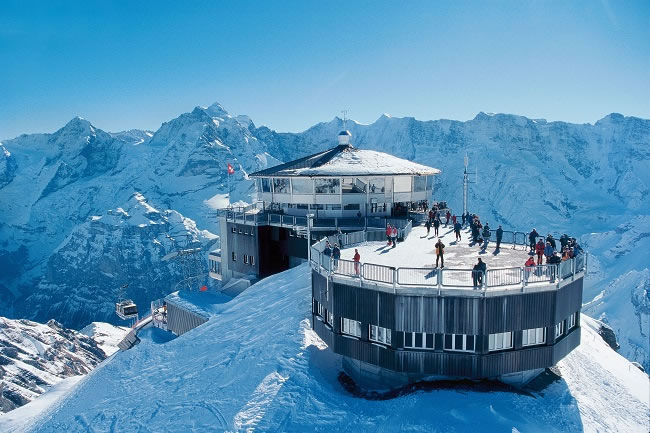 Khow-Ping-Kan - Thailand - The Man with the Golden Gun

The late Christoper Lee played Bond's nemesis with three nipples, Mr Scaramanga. Scaramanga's island hideout is Khow-Ping-Kan, one of a chain of tiny jungle-covered limestone pillars in Phang Nga Bay just off Phuket. At the time of filming it was a remote and undiscovered paradise, now it’s completely overrun by Bond geeks like me that trawl the beaches in search of prosthetic nipples that may have been casually discarded after filming. Tourists take the 54 mile bus journey, north from Phuket Town, and the boat trip out to see ‘James Bond Island’. Most Bond fans are quite crestfallen to find the lack of a vertically challenged man-servant to welcome them to the island with a freshly chilled 1964 bottle of Dom Perignon. 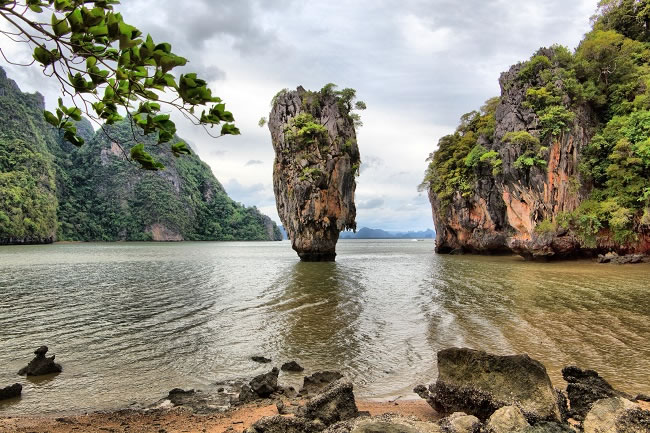 Screw Gaterworld in Florida, the crocodile farm in Live and Let Die (Ross Kananga’s farm) home to 300 crocs and ’gators, back in Jamaica, some 20 miles from Montego Bay, is where the magic happens. Kananga himself performs the running-over-the-crocs stunt in the film, which included many failed attempts. The farm is now Swaby’s Swamp Safari. A four-acre mangrove swamp offering guided tours to view wetlands wildlife. The ‘Trespassers will be eaten’ sign featured in the film is actually for real, and still standing. Anyone hoping to use crocodiles as stepping stones to impress their girlfriends, should seek immediate psychiatric treatment. 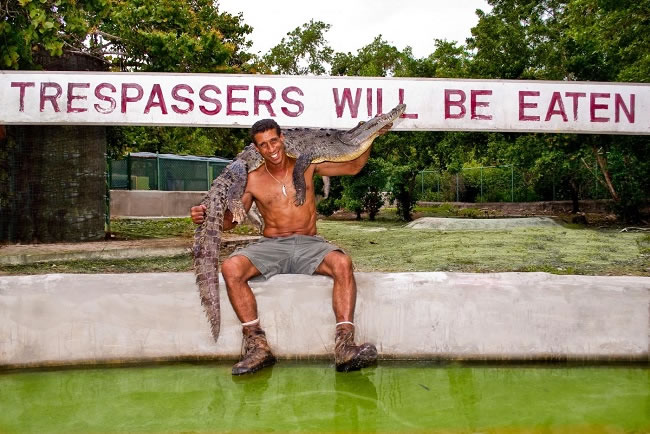 To bookend the James Bond location tour we are bringing it back home to England. Stoke Park to be exact, the golf course that played host to the iconic duel between James Bond and Goldfinger. There are plenty of things to do besides playing golf. You can relax in the spa, play some lawn tennis, bowls, and croquet, needless to say if you decapitate any of the statutes whilst frisbee-ing your bespoke metal rimmed bowler hat, you will run the risk of losing your deposit. The clubhouse is a gorgeous palace, a dazzling vision of white stone, steps and terraces and cupolas, with a lake in front and imposing trees in every direction. Fleming himself died on a golf course, aged 53. Not this one though. 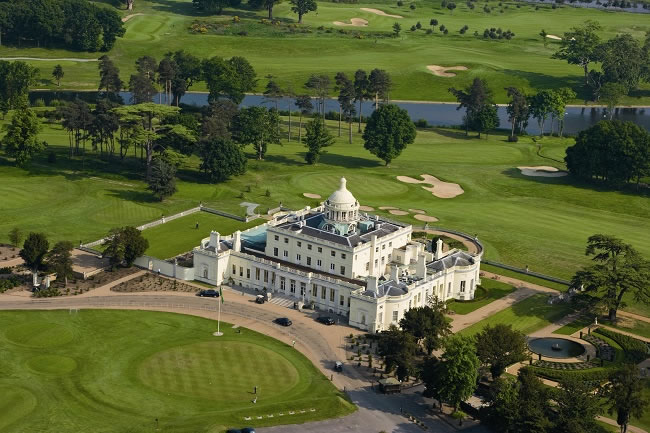