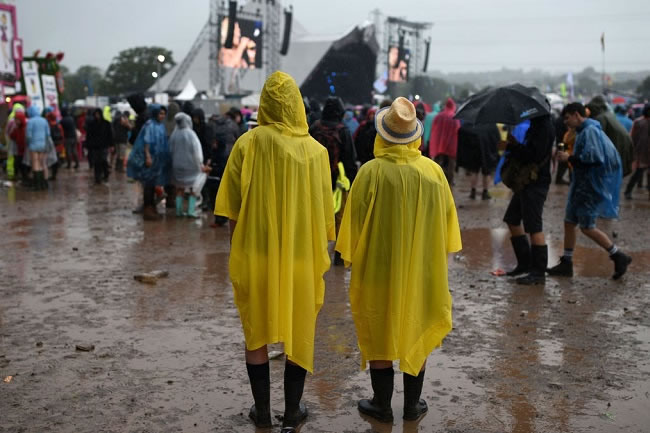 I'm trawling through the slosh at The Secret Garden Party on the second day, looking for dry land like Costner in Waterworld, desperately needing a leek. Just then, someone in glittery sequined shorts and nothing else, coats me in pink chalk. If I could get enough purchase in this sludge I'd plant my feet and punch daylight through him. I'm with my friend who is cursing the fact that he can't get enough 3G on his mobile to access Grindr. I'm debating pissing myself to warm up. I'm already soaked in rain, clay and pink chalk, a little urine would make no odds. “YES!”, my friend exclaims. At first I think he has just spotted some dry land, across the sea of shimmering mud. Instead he has just got enough signal to get onto Grindr. However, the Secret Garden Party hasn't been the only festival washout this year.

You're havin a mud-bath ain't ya! Torrential rain turned this much beloved festival into a miserable affair. Many watched their tents slide away in the mud-slides and people were left barefooted, shivering having to seek emergency accommodation. One festival goer said “I can't believe it. I heard it was going to be grim, we prepared for the worst, but no one expected this. Truly upsetting.” It was unclear if they were talking about the rain or the fact Blur were headlining, but it certainly wasn't all WIGHT on the night. 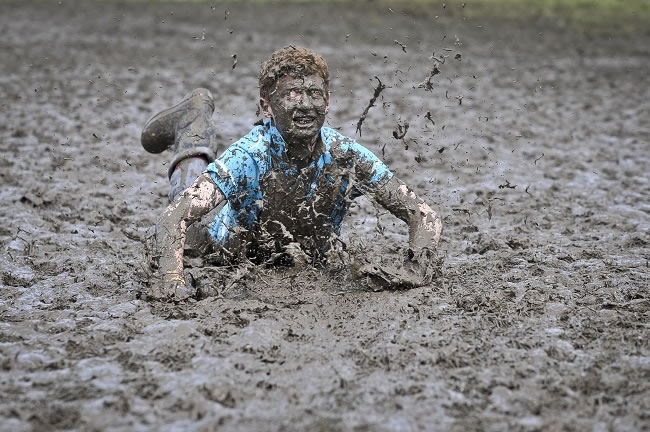 With heavy rainfall on the Friday, many people planning to leave were subjected to sleeping in their cars as they couldn't drive through the flood plains. People showed great solidarity however as they all helped push each of their cars through the sodden fields. Whether the man with a van on Grindr made it out ok is still unknown. JCB's with bucket-ploughs were employed to create some temporary pathways between parts of the festival. 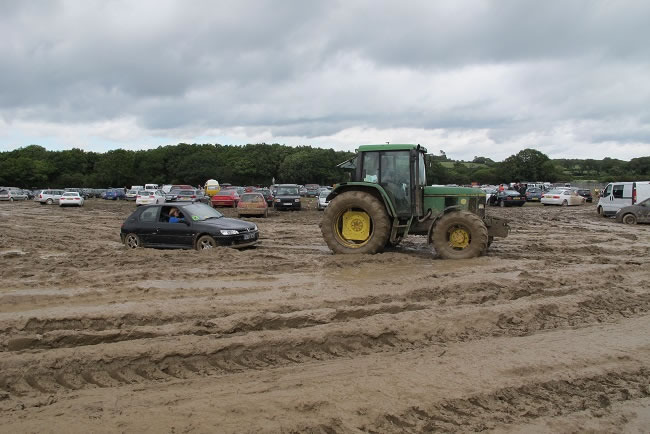 3. THE ANNUAL FESTIVAL of HISTORY at KELMARSH HALL 2015

Spare a thought for these poor blighters. With the tents and the food stalls all set up and raring to go, 40mm of rain fell between Friday night and Saturday morning meaning the whole thing had to be called off before a medieval sword was swung. One keen history goer was mortified "Do you think the Spanish would have halted the conquest of the Inca Empire because of a passing shower? This is absolute balderdash." 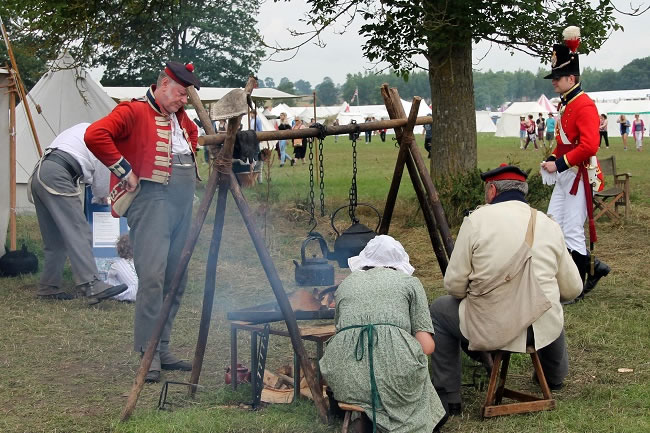 People were simply done-in at Donnington as the heavens opened on day two. Thousands of rock fans saw the funny side however, apart from those with hypothermia, and they partied the night away to Muse, Faith No More and Marilyn Manson. People dispensed with the fancy dress and funny hats and substituted the black-leather gimp outfits for plastic macs and umbrellas. 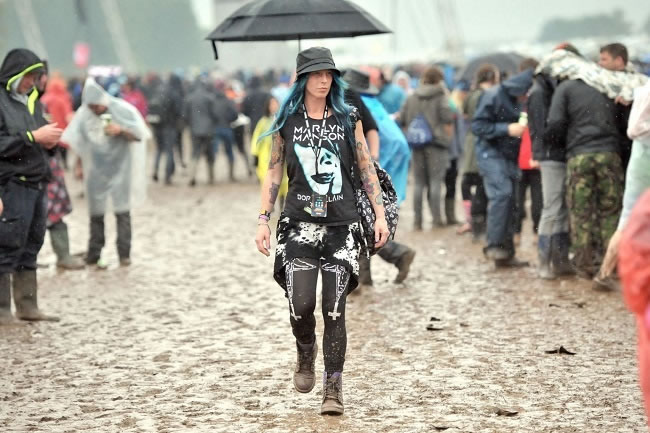