“WHAT A HANDSOME CRAFT, SUCH LOVELY LINES.” ROGER MOORE - THE SPY WHO LOVED ME 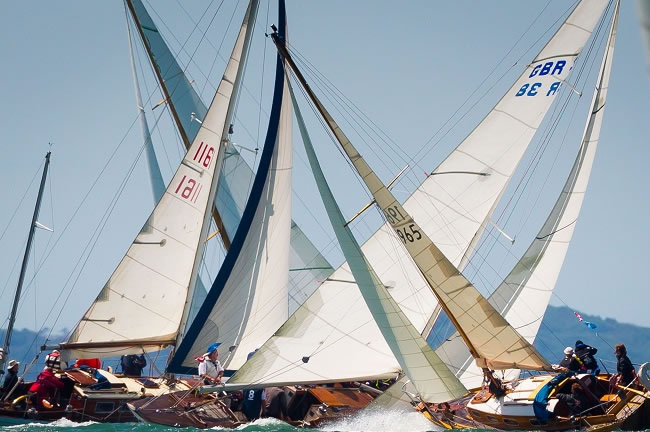 The PR girl pointed to Eleonora as she came into sail across the Solent. Eleonora is a classic vintage yacht, arguably one of the most famous and best known racing schooners in the world. What a handsome craft, I thought, such lovely lines. And Eleonora was equally as easy on the eye. But I wasn't here to oogle over cute PR girls, well at least not officially. I was at Cowes, Isle of Wight, for the Panerai Classic Yachts Challenge. Each season Officine Panerai gathers together hundreds of vintage yachts and thousands of sailors to celebrate the beauty, elegance and uniqueness of yachts which have been part of the history of sailing, since the end of the 19th century to which many of them (Eleonora included) date back.

Officine Panerai, much like the famed regatta itself, is also steeped in history. The first Panerai shop was opened in 1860 in Florence by founder Giovanni Panerai. Giovanni Panerai was not only known for having one of the finest kept mustaches in all of Florence, but for producing watches that were on the vanguard of pioneering technology. The brand was so infamous for producing high-precision instruments that they were commissioned by the Royal Italian Navy to develop special luminous watches for deep sea divers. The model that was conceived was the Radiomir 1940, which is still going strong today and let me tell you, it's a thing of beauty. 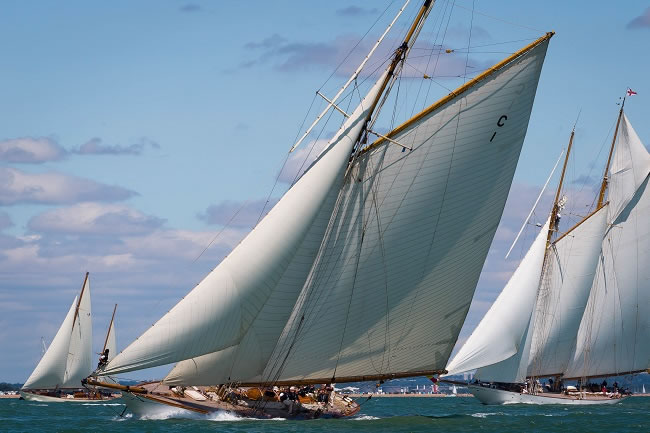 However my personal favourite is the Luminor 1950 which boasts one of the fundamental design features synonymous with the brand, the crown-protecting device. This ground breaking feature prevents water getting into the case and protects the seal of the crown, resisting depths of up 200 metres and more. The more I looked at it on the slender arm of the PR girl, the more I wanted to take a running knee to my Dad's groin for buying me £20 Casio watch for Christmas. A watch that wouldn't even survive the depths of my bathtub. Other standout pieces from the collection were the Luminor Slytech, named after Sylvester Stallone who had one specially made for the movie Daylight. Despite the watch being the only decent thing about the film, it was becoming clear that the new Officine Panerai collections were moving from the vintage military era into a contemporary high-end sports watch brand. 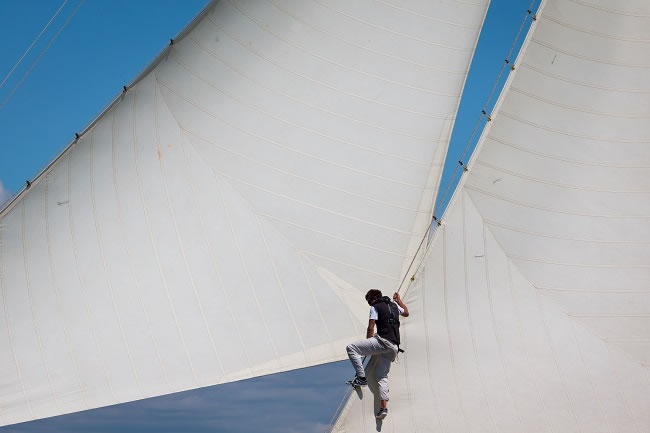 We watched the start of the Regatta from The Liquidator, a powerboat chartered for the press. When I asked the tour guide the etymology of the boats name The Liquidator, he thought maybe they had named it after the Arnold Schwarzenegger movie franchise. "Are you thinking of The Terminator?" I asked. "Oh yes," he replied, "well in that case I really have no idea." Still, watching the beautiful vessels with their slender hulls cutting pathways through the sea in an elegant combination of beauty and power, I was utterly seduced, and in awe of the skills of the captains and crews who with a few simple instruments must carry out complicated tactics to master the sea, the wind and time. With timing being such a crucial element of sailing, I can see why Panerai, with its roots firmly placed maritime technology, is the weapon of choice for a dependable device exposed to the unpredictable nature of the elements. 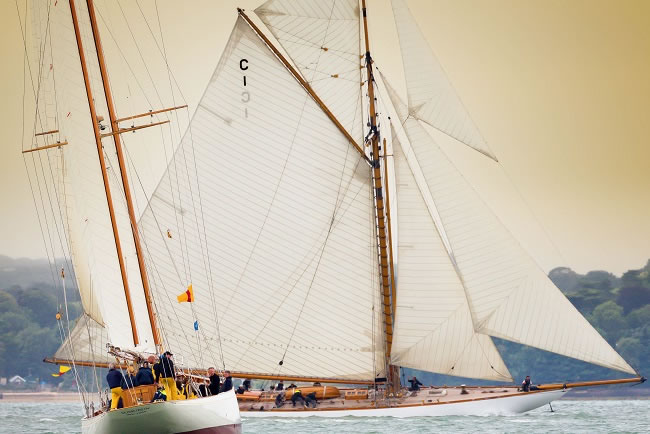 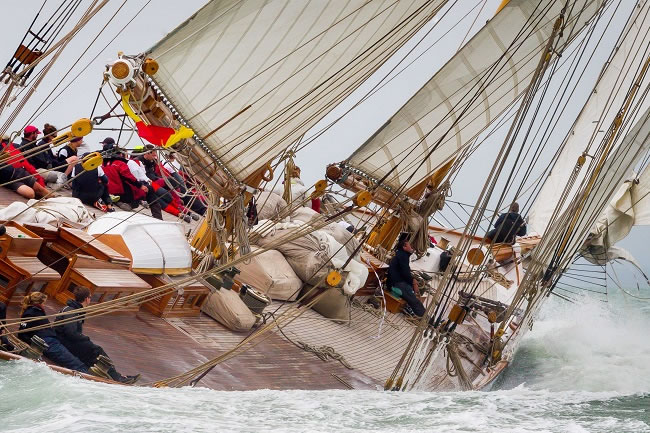 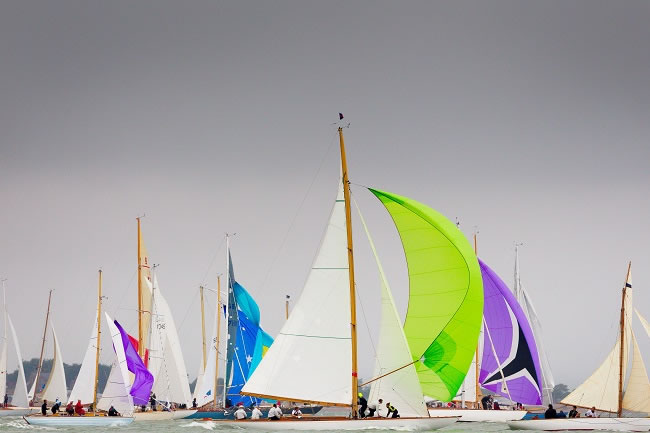 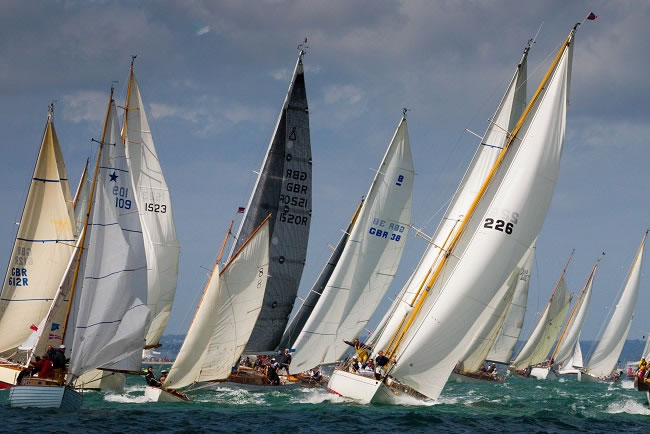 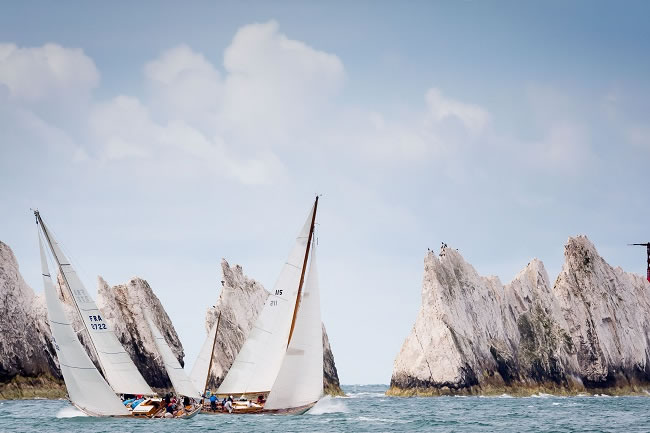