AVAILABLE IN A VARIATION OF BLOCK COLOURS, VARSITY STRIPES AND 11 COUNTRIES TO CHOOSE FROM... 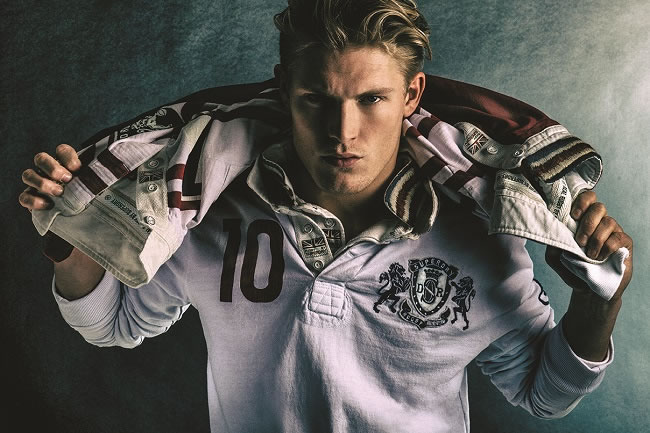 If you have been hibernating under a rock for the last week, please come out as the Rugby World Cup is in full swing and there has been a huge amount of excitement already. No it wasn't a dream, Japan did beat South Africa!

To tie in with the start of the most anticipated sports event of the year, global lifestyle brand, Superdry, launched a great selection of 'World Legends' rugby shirts. I was lucky enough to have a ticket to the opening ceremony and first match of the tournament last Friday with England playing Fiji. I personally sported a women's version of the World Legends England shirt and had various compliments, specifically from men asking where they could purchase one! From attending the match there were a fair few men sporting the more modern skin-tight official shirt which we featured previously on MWS. Whilst this remains a popular choice, it is apparent with the tight fit that the 2015 World Cup shirt is not comfortable for everyone. The Superdry classic rugby shirts have been designed with the muscular rugby player in mind however with a more relaxed fit, they definitely suit a much broader spectrum in terms of shape and size. As Superdry state, they will suit all fans from fly half to hookers and props. 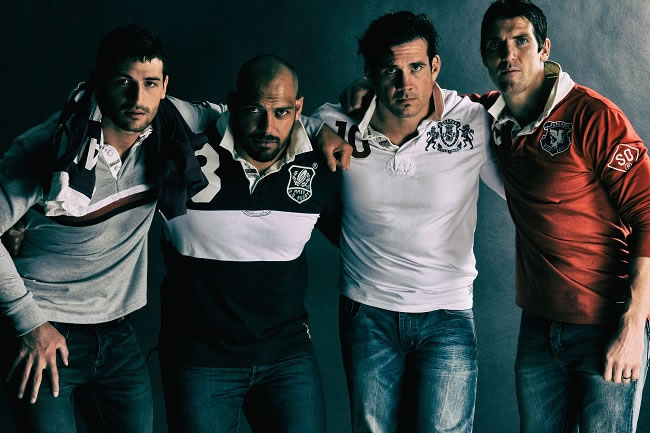 With 11 countries to choose from, available in a variation of block colour and varsity stripe, you can support your country of choice by wearing one these vintage style shirts. Superdry have taken inspiration from the 60's and 70's style rugby shirts that were renowned for their heavy washed combed cotton, thick twill cotton collars, rubber embossed buttons and large rustic ink stamped numbers. There is also a small embroidered flag stitched on the collar to represent each country, and the classic felt appliqué embroidered badge on the chest.

There is an obvious retro feel to these shirts which really tie-in with the focus on the importance of the history of the cup this year. The England team in particular, lead by Stuart Lancaster, have really stressed how much the symbolism of the rose, along with the support of the fans, means to the team. A huge amount of detail was put into the official shirt and Superdry have also a paid a huge amount of attention to detail on their own shirts. On the England shirt for example, there is even a slightly faded St George's flag that spreads across the underside of the collar. A really nice touch. Each shirt is available in XXXS to XXXL and will cost you £74.99. 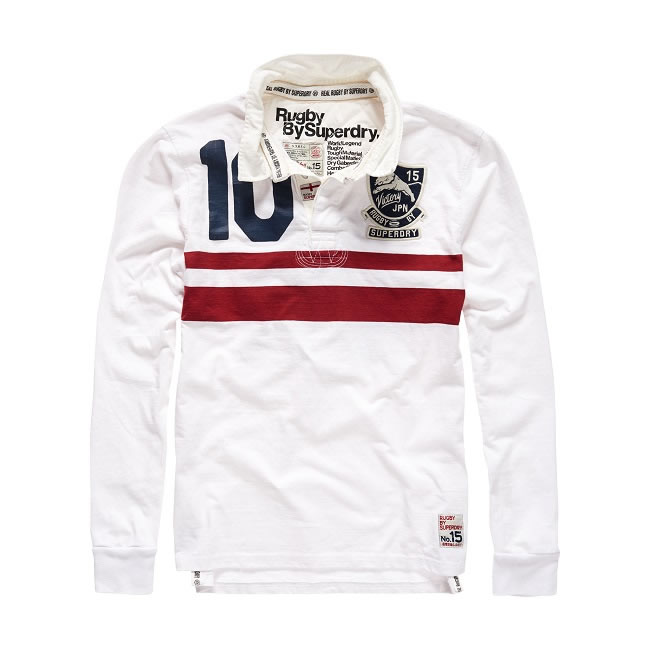 With England playing Wales this weekend in what will undoubtedly be one of the nation's most exciting matches of the tournament, it is time to get those shirts out and join the rest of the crowds in support of your preferred team. From personal experience, if you are heading to the match at Twickenham on Saturday, you will need one of these shirts to give you some warmth along with your 'beer jacket'. As a rather rugged looking Prince Harry so poignantly said in his speech at the opening ceremony, "GAME ON!!"