THE PRESTIGE, THE R-SPORT, THE S, AND THE PORTFOLIO TRIED-AND-TESTED IN SPAIN 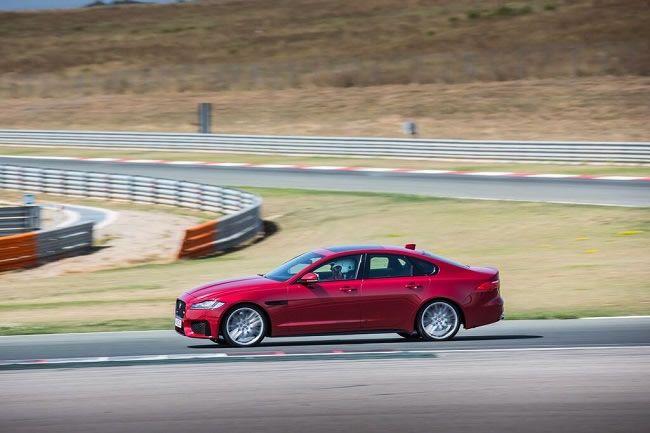 "Give it some gas" blasts the stuntman, my ass hairs on end at the first bend of the Circuito de Navarra in Northern Spain. The stage for the all new Jaguar XF, where the rubber meets the road, but who will be the best in show? The Prestige, the R-Sport, the S, or the Portfolio? The all-new four-door XF with adaptive response reads the road like Stephen Fry reads Fyodor Dostoyevsky. And what better way to see-in Jaguars 80th Anniversary. The new-XF boasts greater agility, more breadth of ability. Fluid and composed and unopposed in its efficiency. With a weight saving of 80kg versus its nearest competitor, it trumps its predecessor by 190.

It has a shoulder line like Schwarzenegger, strong and defined with every line a purpose, nothing's superfluous. The waistline sits on the tarmac like Christina Hendricks' hips on a high-backed Chesterfield. Horizontal, more formal for the business model. The mesh grille sits up with new belief, like a private saluting its commander-in-chief. 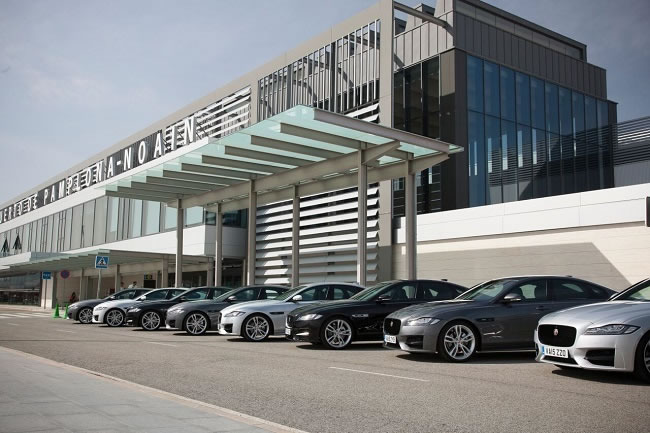 Inside I was in Tom Cruise control with the in Control Touch Pro infotainment system. The touchscreen interface, replaced the old buttons and dials. Swipe and drag like your smart phone, it allows you to pinch, zoom and spread like Sharon Stones legs. You can let the Commute Mode compute your daily route, give parking suggestions and offer alternatives to avoid congestion. There's more leg room, headroom, knee room, more va-va voom than Thierry Henry, more volume than Vidal Sassoon. 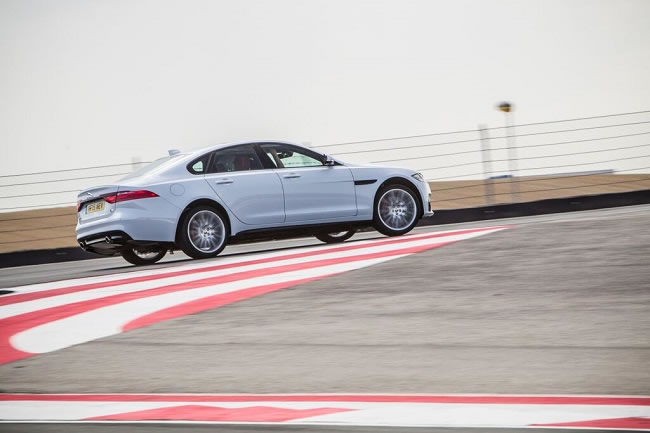 On Pamplona plains I pushed the XF to the extreme and like a dream it caressed every corner and contour like a streamline butterfly. At the end of the show the air vents closed like flower senescence, the rotary shift controller waved goodbye to its audience, retreating into its luxurious console. It's the gold icing on the fois gras cake, efficient like a fat-free T-bone steak. It's handsome like Han Solo, balanced and composed like a Mozart Concerto. Sophisticated and sleek. The all new Jaguar XF has got that je ne sais quoi, so to speak. 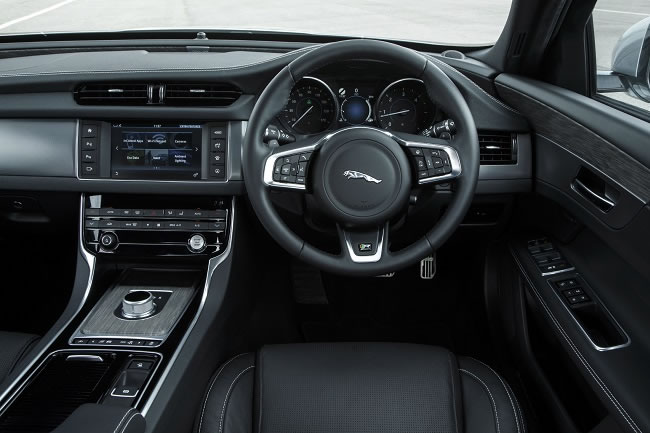 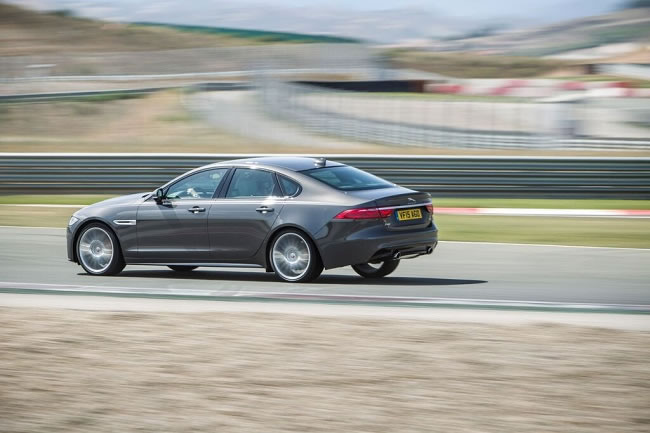