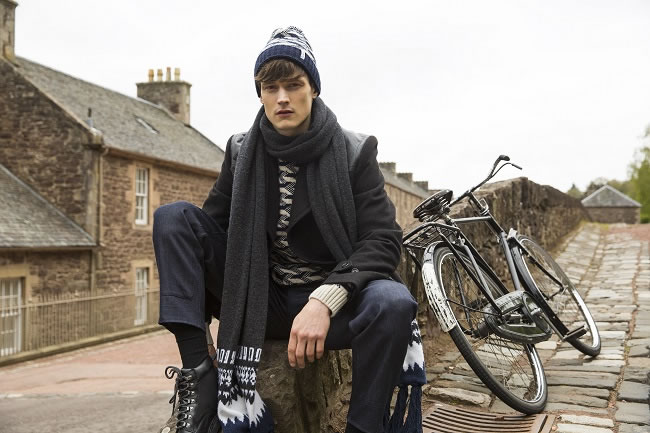 The Campaign for Wool has marked its sixth successful year with its annual ‘Wool Week’. Wool Week will celebrate everything woolly with a week of activities around the UK From 5th – 11th October, seeing over 100 retailers and many leading fashion, interior and craft brands from across the UK unite to highlight the innovative ways in which wool is used. Over the course of seven wool-filled days, the public will have the opportunity to participate in an exciting line-up of activities taking place across the country. This year’s Wool Week highlights include:

Savile Row – Sheep on the Row

One of the largest public events for UK Wool Week 2015 took place on a grassed area over Savile Row with two flocks of sheep grazing in the heart of men’s luxury bespoke tailoring in London. Visitors were welcomed to the open tailoring houses to learn how wool fabric from the leading producers in the UK, Europe and Japan is used by the British tailoring industry. The iconic street was transformed into a green pasture and closed to traffic while Bowmont Merino and Exmoor Horn sheep grazed along The Row, shepherded by Alex James, the Blur basist and farmer along with Nicholas Coleridge, Chairman of The Campaign for Wool, whose patron is HRH The Prince of Wales. With barns at either end of The Row, the focus was on the landscapes of the main wool growing countries, Australia, New Zealand, South Africa and the UK. 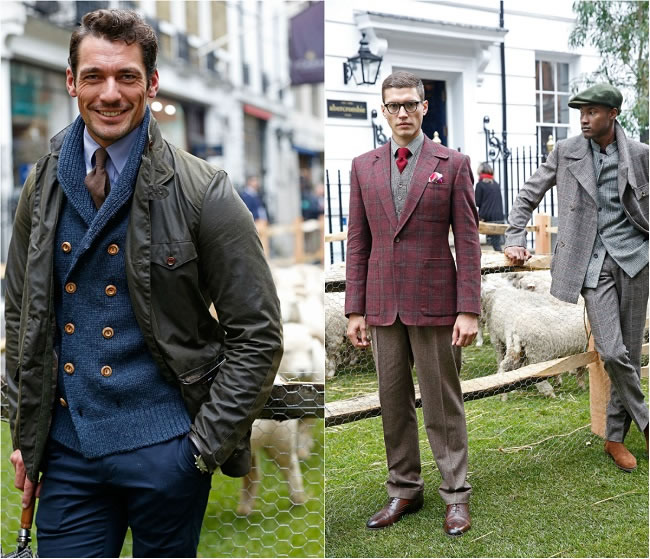 Murdock London, the men’s groomers, partnered with The Campaign for Wool to create a ‘Shearing Shed’ offering a menu of sheep-inspired grooming treatments, as a street style photographer from British GQ snapped visitors on The Row in a ‘wool street style’ reportage of the best dressed men in London. The ‘live’ model presentation brought together by leading wool mills, Savile Row, West End and London City bespoke tailors showcased over 25 bespoke menswear outfits and demonstrated the versatility that is found in wool. Each tailoring house partnered with a wool fabric mill in creating contemporary bespoke menswear key pieces for AW15. The garments were accessorised by the gentlemen’s houses of Mayfair and St. James’s, and Globe-Trotter who supported the ‘Traveller’ theme with some key bespoke wool/leather travel pieces. 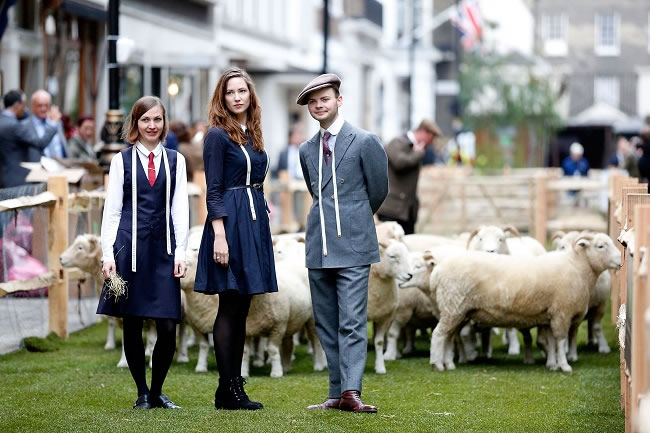 The Campaign for Wool has chosen a key edit of woolly items for AW15 from brands including, Abraham Moons & Sons, Anderson and Sheppard, Barbour, E.Tautz, Finisterre, Harris Tweed Hebrides, Holly Fulton, Jaeger, Jigsaw, Marks and Spencer, Pringle of Scotland, Topshop and Wool & the Gang. The edit has been styled by Luke Day and shot by Nick Leary on location in Scotland featuring model Devon Windsor. In addition to the creation of stunning fashion photography, a film captures the journey of wool across the highlands of Scotland – a love story. The love of wool, the feeling it imparts emotionally and physically and the love of nature. 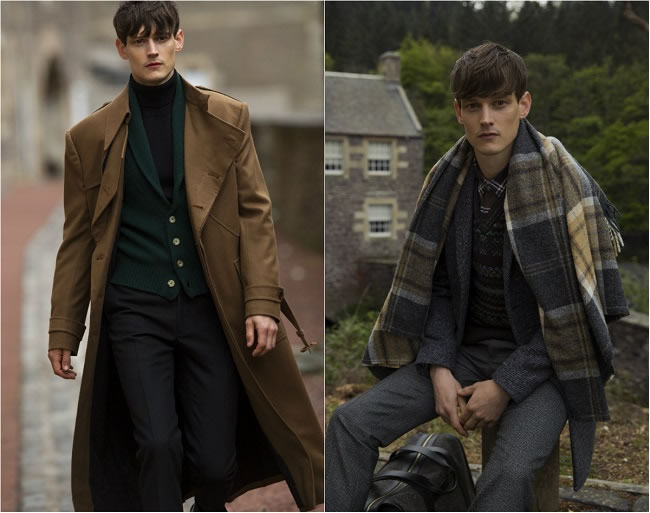