"YOU USE EVYAN SKIN CREAM, AND SOMETIMES YOU WEAR L'AIR DU TEMPS BUT NOT TODAY" - HANNIBAL LECTER 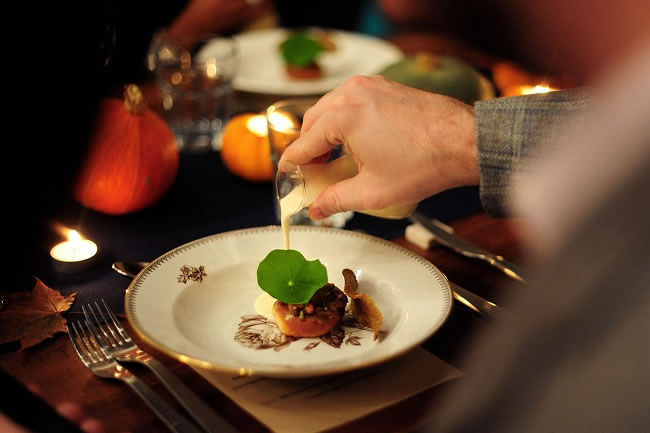 From the brainchild of That Hungry Chef, Pratap Chahal, comes The Perfume Supper Club, an evening where the fleeting and surreal world of perfume becomes expertly infused into a sumptuous feast, using organic and pure natural essential oils, absolutes and essences. Pratap is a humble man with a good handshake. He has cooked at Gordon Ramsay at Claridge’s, Chez Bruce, Cinnamon Club and Galvin Bistrot, amongst others. The venue for the evening was Ben's House, a cosy deli and fine food shop in Central London where everything is cured, created or crafted in London. Farmdrop provided all the ingredients with 99% of them being sourced from in and around London.

It's the sort of dinner where Hannibal Lecter would lift a plate of scented pheasant to his face, close his eyes and whisper "Hmmm Tennessee lavender with a dusting of Ambergris" and his table of guests, no doubt from the London Philharmonic Orchestra, would burst out in spontaneous applause (Although it probably wasn't pheasant, if you get what I mean). 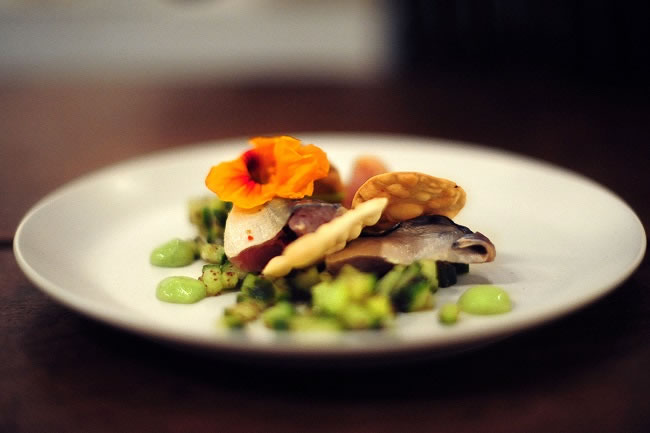 Upon arrival I was offered a welcome cocktail: Old Amazon Tonka bean infused with rum, coffee and coconut. Throughout the night the team from Wines of Momentary Destination paired their own wines alongside the meal - plus a few other London-centric bottles. The evening was tiered with top, middle and bottom notes, the culinary facsimile to Michael Barrymore's 'Strike It Lucky'. 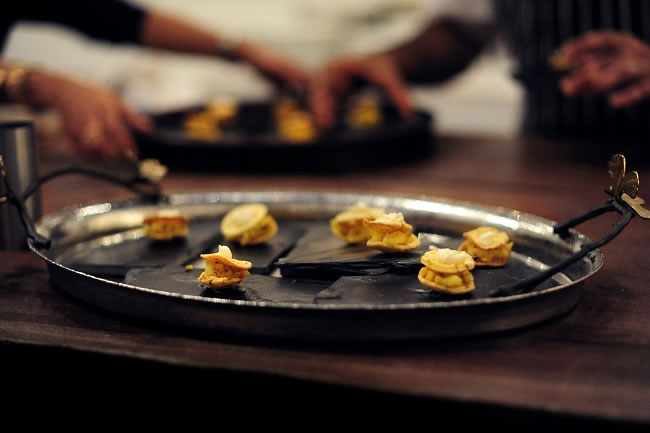 Starting from the top, the delectable white onion & Oud soup. A pushy but yet not assertive finish that dodged the proverbial hotspot. The bergamot and rosemary cured salmon was right up my dirt track - being my favourite fish-dish. I wasn't sure if I was meant to eat the flowered garnish but it didn't go to waste. The headline act was the Himalayan Srew Pine scented pheasant which was mopped up in no time. I was goaded into asking for some ketchup, but sheathed my tongue despite being semi out of it by the time the chocolate labdanum and tobacco tart arrived. I had actually tasted tobacco a few weeks back when I took a hit off my soda one morning not knowing my chain smoking friend Nigel had been using it for an ashtray the night before. Five Malboro dog-ends marinated in luke-warm yet noticeably flat Fanta, isn't the best tonic for a hangover I can tell you. 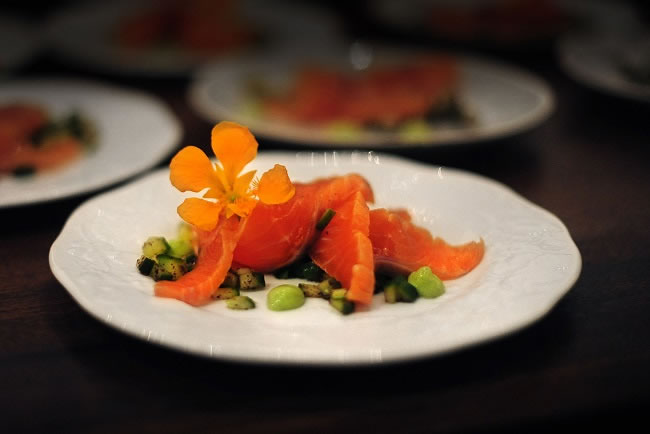 The evening was educational, spirited and above all the food was bang-on. The esoteric menu is clearly a product of Pratap’s vast repertoire of cuisine inspired by not only Mandy Aftel's book 'Fragrant: The Secret Life of Scent', but from his own wealth of experience and traveling. He's also launched his own brand of food products. There's the Mojo Risin' range of dangerously hot chilli relishes and the Curious Pickle Collection of Indian beef & pork pickles that transform into a dinner for 2 in many ways. 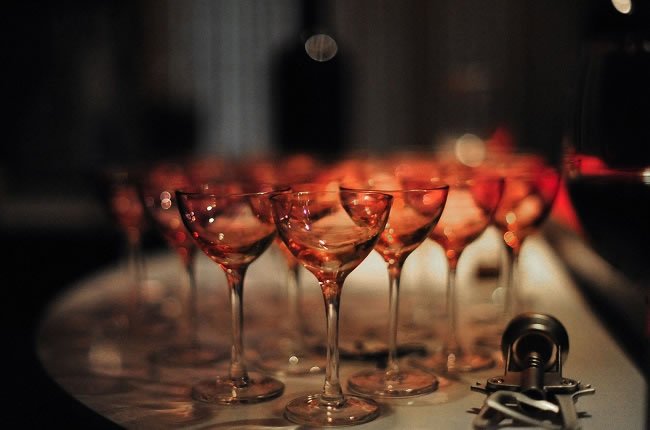 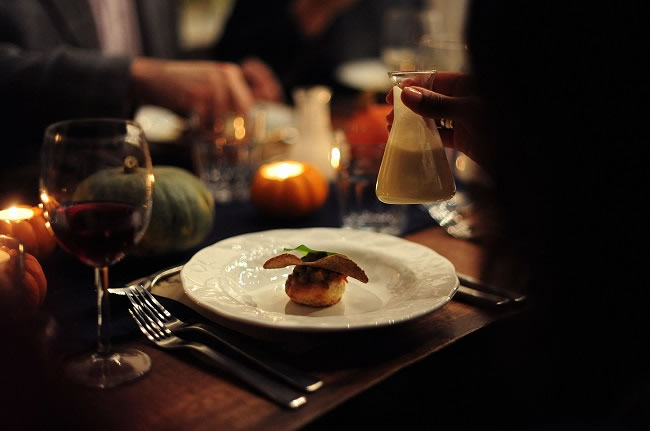