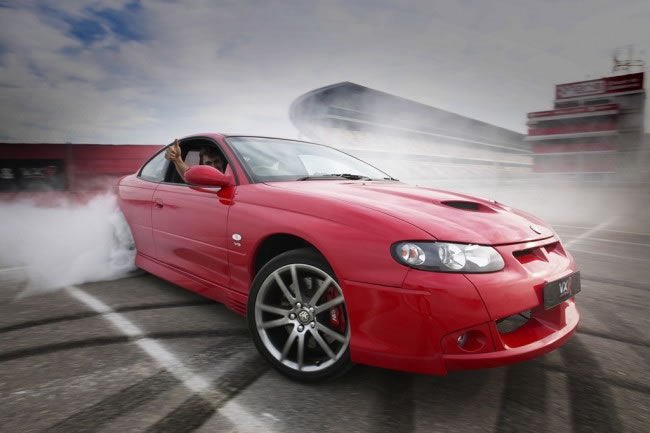 At the weekend I was invited to attend a Stunt Driving course at Silverstone hosted by Paul Swift Precision Driving. As an impressionable child, spending years watching the Hoff do-J turns in a Dodge Stealth, that inimitable car-screech is almost the soundtrack of my youth. Is there no better sound than that earthy growl of the accelerator at the climacteric point of the J-turn? Then once the manoeuvre is complete, the car ascends through the wispy bellows of the scorched Pirelli tyres with balletic grace - transformed. As men we dream day and night of being in a high speed chase having to execute a J-turn in pursuit of a Bond villain holding a buxom damsel captive. There is something irrefutably primal about it, yet surely has only been around since the invention of reverse gear (In the midst of researching the first J-turn on record I just watched Days of Thunder in its entirety. Just be warned that film is ridiculous...ly brilliant).

As well as learning how to look like Michael Knight peeling away from a semi-trailer, the course teaches you how to handbrake slide into a parking spot, doughnut around a cone as seen by those barry-boys down Freeport carpark at 2am on a Friday night, and a timed slalom. I'd like to add that I nailed that slalom, zip-zagging between the cones with effortless dexterity. It was like the cars chassis had a collapsible skeleton allowing me to weave like a rat through the walls of a maze. I would have come second out of about 30 petrol heads had I not incurred a five second penalty, clipping the final cone as I attempted to slide park like Ace Ventura. 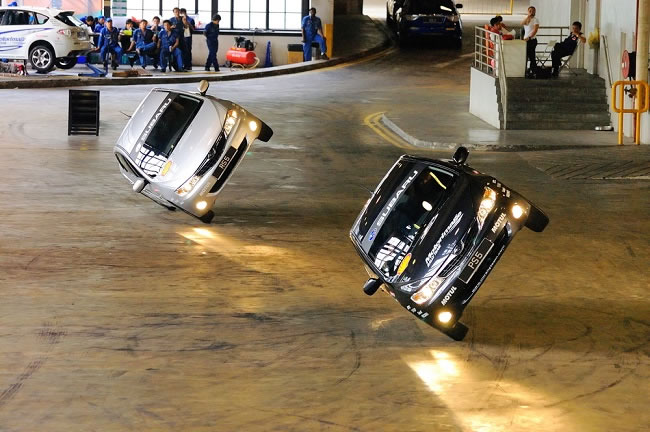 Not that I'm bitter, or argued for a stewards enquiry, requested to see the CCTV footage or told the instructor to book an immediate appointment with his oculist. For more information on Paul Swift and how you can attend a Stunt Driving course head over to Trackdays.co.uk. A perfect gift for anyone who has a poster of Knight Rider on his wall, or a passport photo of Tom Cruise in his wallet.