IN CONVERSATION WITH… FERGUS FLEMING

THE MAN WITH THE GOLDEN TYPEWRITER 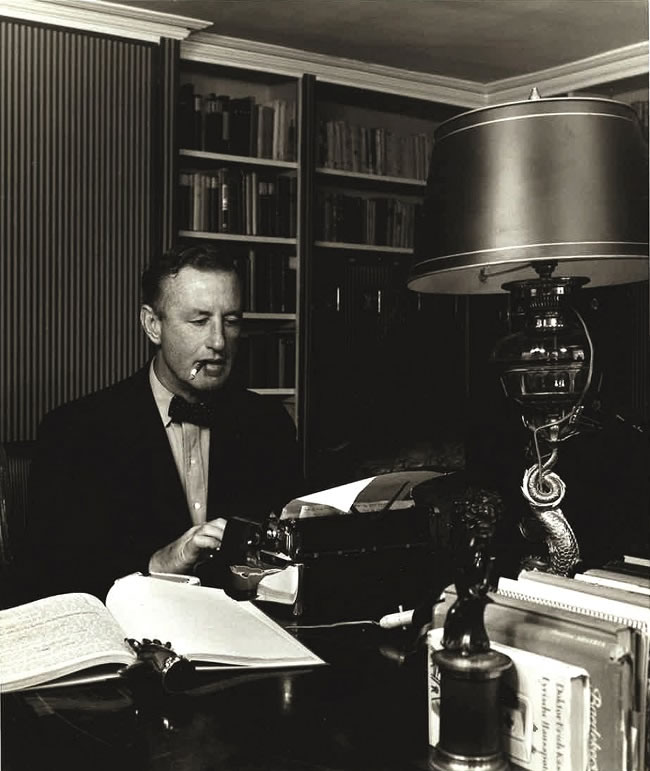 The Man with the Golden Typewriter contains the story of Ian Fleming’s life as a writer - told here for the first time by the author himself - in a selection of correspondence sourced by his nephew Fergus Fleming from collections around the world. I love Fleming. Any man that drinks a bottle of gin a day and uses women as disposable pleasures is a hero in my eyes. The letters give a unique insight into how Fleming created spy fiction's most compelling hero. With the most recent film just launched and referring to many of Ian Fleming's works, this book reveals more about the man who wrote the world-famous novels and what inspired him. A must read for James Bond fans... The Man with the Golden Typewriter is available in all good book stores. We managed to catch an exclusive interview with the books author, nephew to the great man himself, Fergus Fleming.

First off, congratulations on the book. How hard was it to source the correspondence?

“The correspondence came from Ian’s own carbons – this was the age of the typewriter, and carbon paper was the easiest way of keeping records – plus archives in Britain and America, not to mention donations from collectors around the world.”

From what I've read and heard, your Uncle had become quite tired of writing about Bond towards the end. According to Roger Moore's book, Bond on Bond, Fleming intended for him to be murdered at the end of From Russia with Love. Did you manage to find any correspondence that alluded to this dispassion?

“Yes, Ian did consider finishing Bond with From Russia with Love. But his readers were so dismayed that he felt he had to continue. He often told his editors that he was tired of putting Bond through the hoops. Still, he carried on. Oddly, the harder it became the better he seemed to write: On Her Majesty’s Secret Service and You Only Live Twice have extraordinary vigour, yet were written in the aftermath of a heart attack. It was only in 1964, when writing The Man with the Golden Gun, that he said definitively: this is it. He died before he could add the final touches.”

What can we learn about the man Ian Fleming from this book that we didn't know before?

“Here you will find Ian Fleming in his own words, which is as near to an autobiography as one can get. It isn’t a complete collection but it works within its remit, which is to tell the story of Bond from the author’s point of view.” 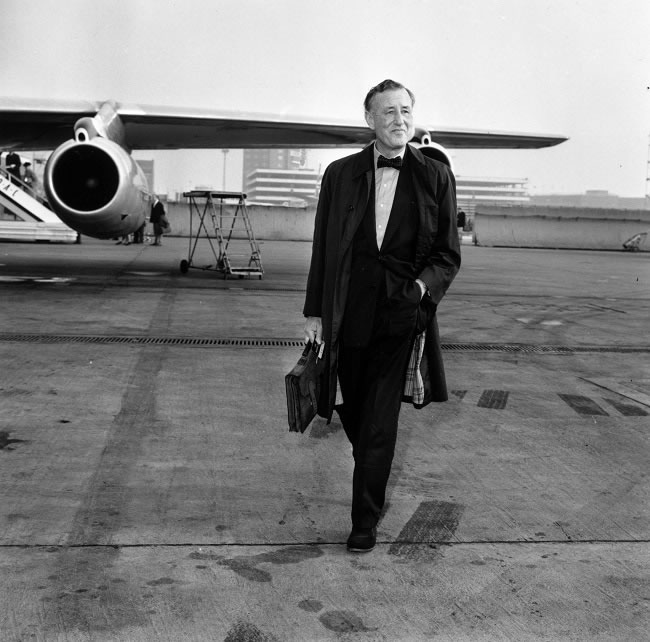 How much do you think that Golden Typewriter is worth now?

“Ian bought his golden typewriter – Royale Quiet Deluxe, price $175 - as a laugh. His literary acquaintances thought it the height of vulgarity, but he couldn’t care less. He had a golden typewriter and they didn’t! His machine was sold at auction in 1995 for more than £50,000 - a sum that has apparently entered the Guinness Book of Records as the highest amount paid for a typewriter. As to what it would fetch now, Lord only knows.”

Have you ever visited Goldeneye? If so, did you manage to get any family discount?

“No, I’ve never visited Goldeneye. Coincidentally, it is now owned by Chris Blackwell of Island Records – who, on Ian’s recommendation, helped with the filming of Dr No.”

They say Bond was your Uncles alter-ego. Even lifting the pages from his own life and putting them into the books. Casino Royale for example he played Bacarrat with some unsavoury individuals in an attempt to quell the Nazis being bank rolled during the Second World War. Is this your opinion of your uncle also?

“Ian admitted freely that he passed on some of his personal traits to Bond – a fondness for scrambled eggs, for example – and I am sure the books contain more echoes of his wartime service than he let on. But his letters show a different side. He comes across as a courteous, considerate and very charming man who worked hard to make his books a success.” 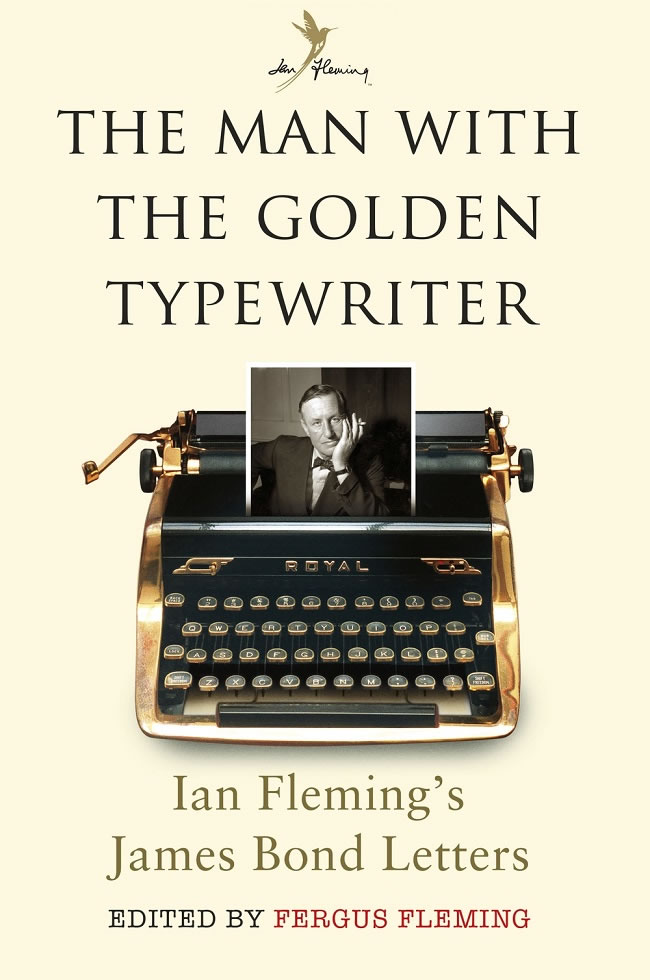 Are you in touch with EON at all? Or talk to Barbara Broccoli in regards to the franchise?

“I am a director of Ian Fleming Publications, which administers the Bond literary copyright. Although we are in contact with EON the films remain very much a separate business.”

What was is your favourite book of your uncles and which one would you like to see remade?

“My favourite book – and Ian’s – is From Russia with Love. It’s my favourite film too. To remake any of the films would, I think, be a mistake. They are all so iconic. Their different eras have become such a part of our cultural geology that a remake would disrupt the very ground we stand upon. And, to be frank, how many remakes do you know that have been better than the original? By the way, I don’t count Casino Royale as a remake.”

I like Property of a Lady as a potential name for a future Bond film. Is there any other name you'd like to see used from the pantheon of Fleming material?

“Property of a Lady sounds good. Ian could be hit-and-miss when arriving at his titles. His first suggestion for Live and Let Die was ‘The Undertaker’s Wind’. It’ll be a frosty Friday before we see that in Leicester Square. But then, I’m an unreliable judge. I thought the same of Quantum of Solace.” 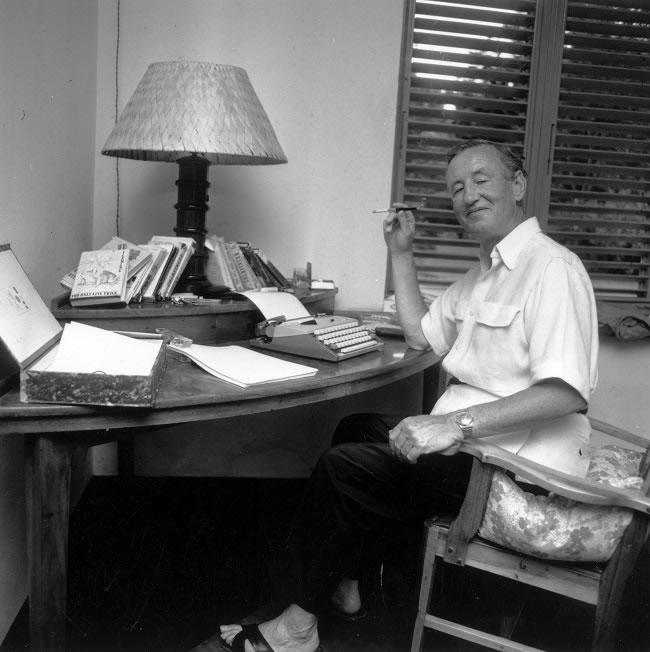 OK cheesy question time, who is your favourite Bond?

“That isn’t a cheesy question. My favourite is Sean Connery, largely for reasons of nostalgia. And Roger Moore next, for the same reason but also because he was such fun. Everyone else has done an excellent job. I take my hat off to Daniel Craig for his perseverance in the face of ever-tougher expectations.”

Which is your favourite continuation novel and do you think any of them will be ever be turned into films?

“The continuation novels are without exception good. They all have cinematic qualities. Whether any of them is made into a film remains to be seen. Eagle-eyed fans will already have spotted that the torture scene in SPECTRE refers to an episode in Kingsley Amis’s 1968 continuation, ‘Colonel Sun’ - who knows what else might happen? But don’t hold your breath.”