CELEBRATE FOOTBALL IN STYLE WITH AUTOGRAPH 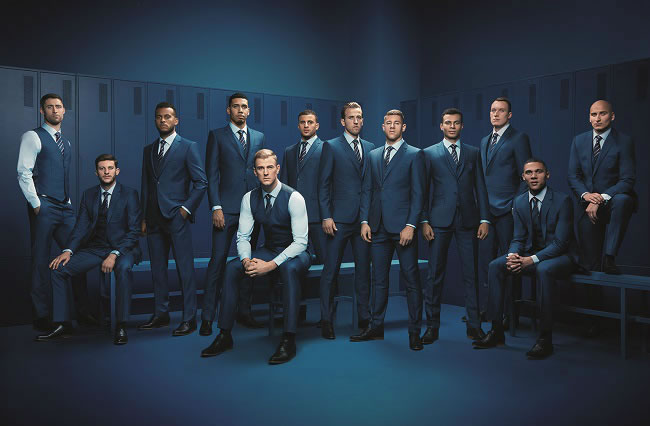 Football fever is starting with the Euro 2016 competition taking place this June/July. To mark the event, M&S will be providing the England Football team’s Official suit, under the Autograph brand.

Celebrating nine years as Official Tailor to the England Football Team, M&S has been supplying the team’s formalwear wardrobe since 2007. For the 2016 suit, Marks & Spencer’s in house design team has worked to specifications set by the England Football Team, and sourced the finest British fabric as well as tailor-making each suit to perfectly fit every player. The suit is designed to be lightweight and comfortable to wear in the warmer summer temperatures and is available to buy at marksandspencer.com now. 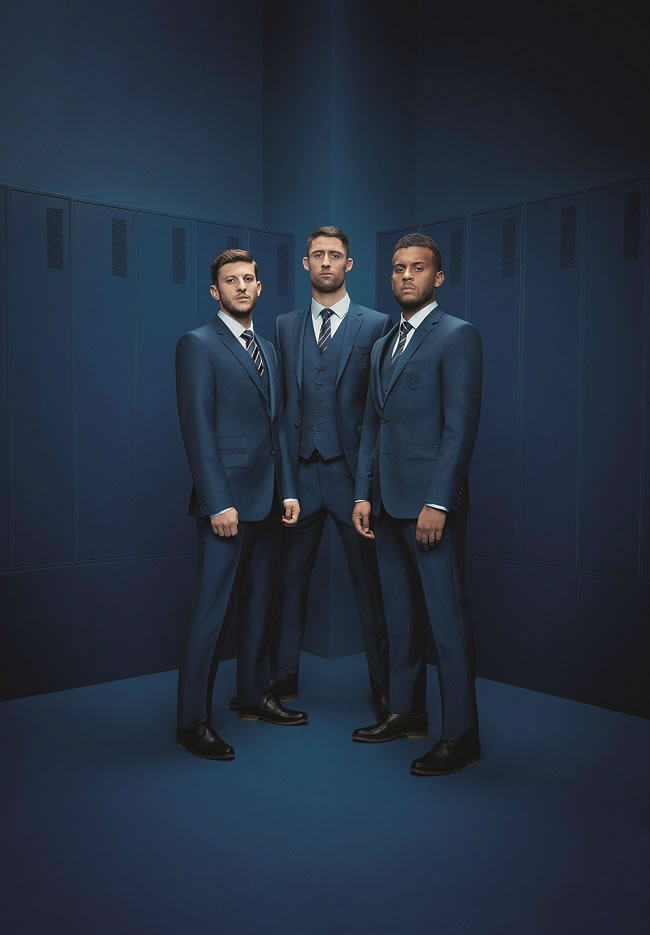 The suit is cut from 100% British cloth from the Alfred Brown Mill in Yorkshire. The suit is complimented by a light blue shirt with football pitches on the inner collar and inner cuff, a navy, red and white stripe tie with the England football team crest embroidered on the tipping and lace up Derby shoes. The navy two-button single breasted jacket has a tonal jacquard football pitch lining to bring a subtle nod of the game to the suit. Additional styling details include red, white and blue trims on the internal pockets, trims and the undercollar of the jacket. As well as this, the World Cup winners gold star is embroidered onto the internal pocket envelope. The suit trousers are flat fronted and tailored in an elegant modern shape, there is also the option to buy a matching waistcoat. 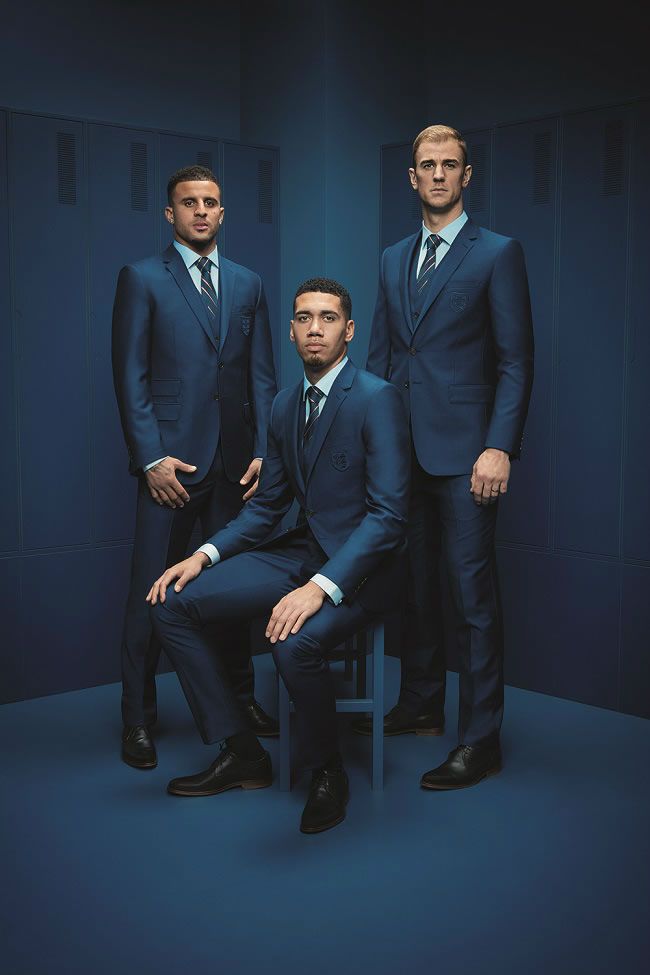 “We are delighted to continue our partnership with M&S into a ninth successive year and ahead of another major tournament. The FA’s relationship with M&S continues to go from strength-to-strength and we are really pleased with the England team’s official suit for Euro 2016. Once again, the in-house design team at M&S has shown excellent attention to detail and the England squad will be heading to France in a suit of the highest quality.” said Stuart Turner, The FA’s Commercial Director.