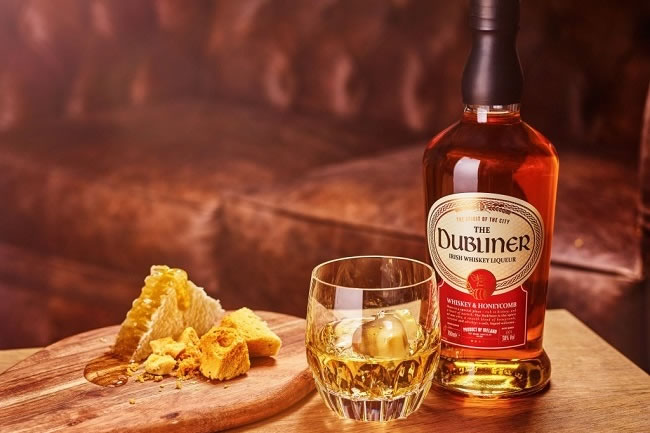 In recent years, there has been criticism of St Patrick's Day celebrations for having become too commercialised and for fostering negative stereotypes. There are plenty of other facets to the Irish culture than drinking - after all, this is the country that gave us Thin Lizzy, Oscar Wilde and the beautiful Pierce Brosnan. But let’s face it, Irish whiskey tastes good, Irish Guiness tastes good - and yes, I am channelling John Travolta in Pulp Fiction whilst typing this. In case you were looking to immerse yourself in the culture yourself this Thursday, here are the top 5 contemporary Irish whiskey tipples for your selection.

Presented in a clear tapered bottle with a flared base and palm-sized neck, The Dubliner is a new Irish whiskey launched in 2015 engineered to encapsulate the Spirit of the City. It is a blend of single malt and grain whiskies aged in bourbon casks. You'll enjoy the sweetness of the Bourbon casks - a lasting finish peppered with vanilla notes and sweet honey. The Bourbon Cask Aged Dubliner is the stronger of two editions at 40%. The Dubliner Whiskey Honeycomb is lighter on its feet at 30% and will be a better fit for sweet-toothed whiskey fans. 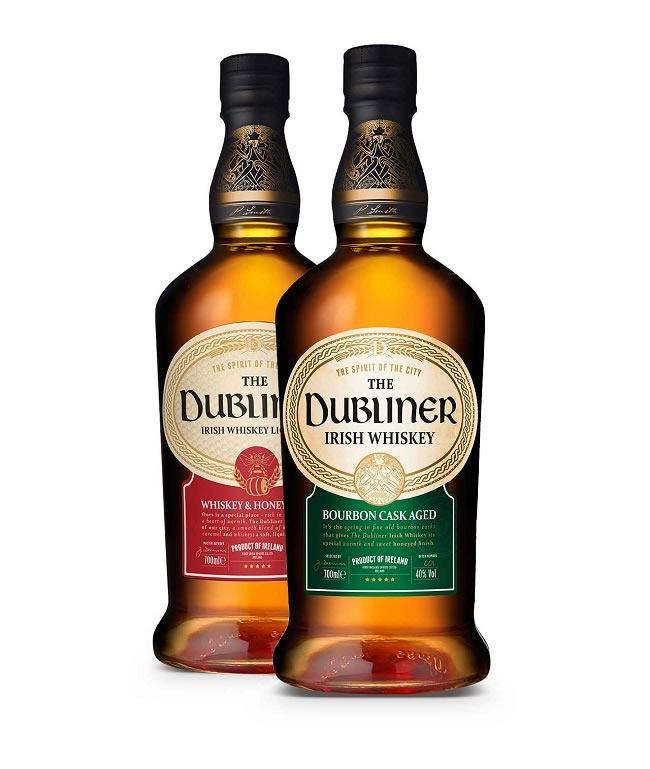 Presented in a black glass bottle, straight with a palm-sized neck. This non chill-filtered blend of malt and grain whiskies, is also one of the new kids on the block. Launched last year Dublin Liberties packs quite the uppercut at 46%. Inspired by the Liberties area of Dublin, which was the unsavoury part of Dublin back in the 1700s, otherwise known as hell. An oak-carved devil guarded the entrance to the Liberties, but over time the devil had disappeared. According to folklore the carving was made into whisky barrels which lends to the mythological power, creating that inimitable smooth and spicy finish. 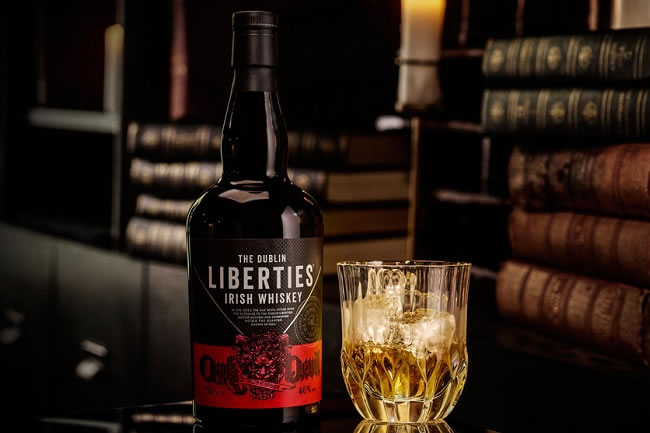 If you're going top shelf, accept no substitutes. The Jameson Rarest Vintage Reserve is handcrafted from the oldest and rarest whiskeys. A winning blend of grain whiskey and port pipe-matured pot still whiskey. It's renowned for its delicate sweetness with a touch of dairy fudge and dark chocolate to add to the complexity. Best served in a cut hi ball glass with one cube of ice and Enya's soundtrack to Far and Away on the jukebox. 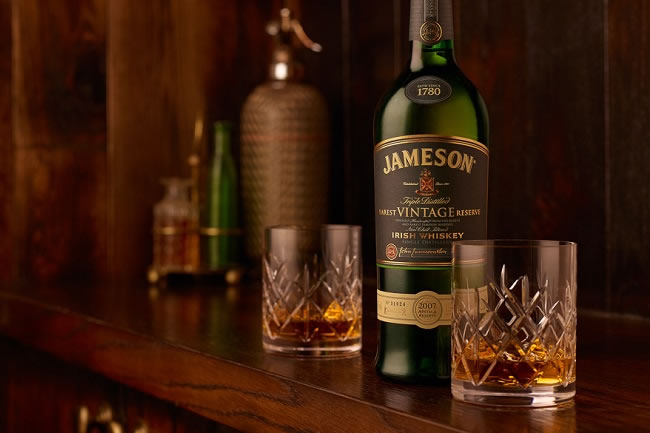 Black Bush sounds like an exploitation movie from the 70s starring Pam Grier. She is an undercover cop posing as a street worker out to avenge the death of her brother by finding the drug dealer who gave him the 'bad batch'. I digress, but someone should be writing that down. Unlike the other whiskies in this listicle, this one is matured in Sherry casks which will deliver a sweet finish. Best served neat over ice, and if you want to sound like an aficionado then take a sip and mention the rich fruity notes and the deep intense character. 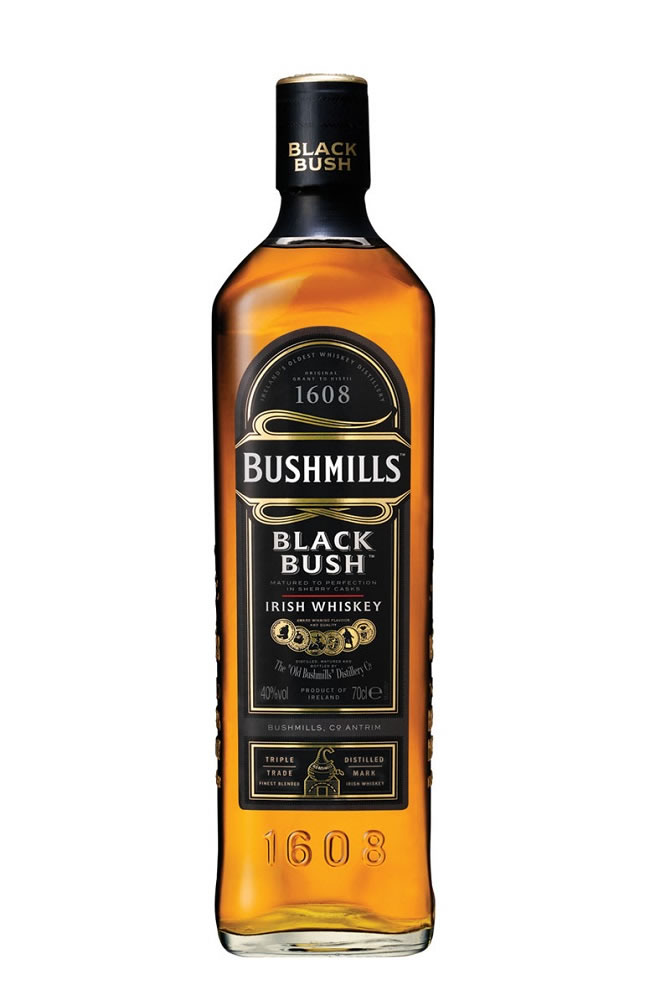 Back in the day this was the ultimate moonshine. Some batches were reported to be 95% proof, causing death amongst many hardened drinkers. Consequently it was outlawed in 1661 driving the whole industry underground much like the prohibition days depicted in the movie Untouchables. In an effort to revive the original spirit of Ireland, Teeling has crafted a modern, high quality bottling of Poitin. Consisting of non-aged new make Irish whiskey spirit bottled at 61.5% this bottling gives a unique smooth, sweet and fruity flavour of malt that will certainly put hairs on your chest (even the ladies). 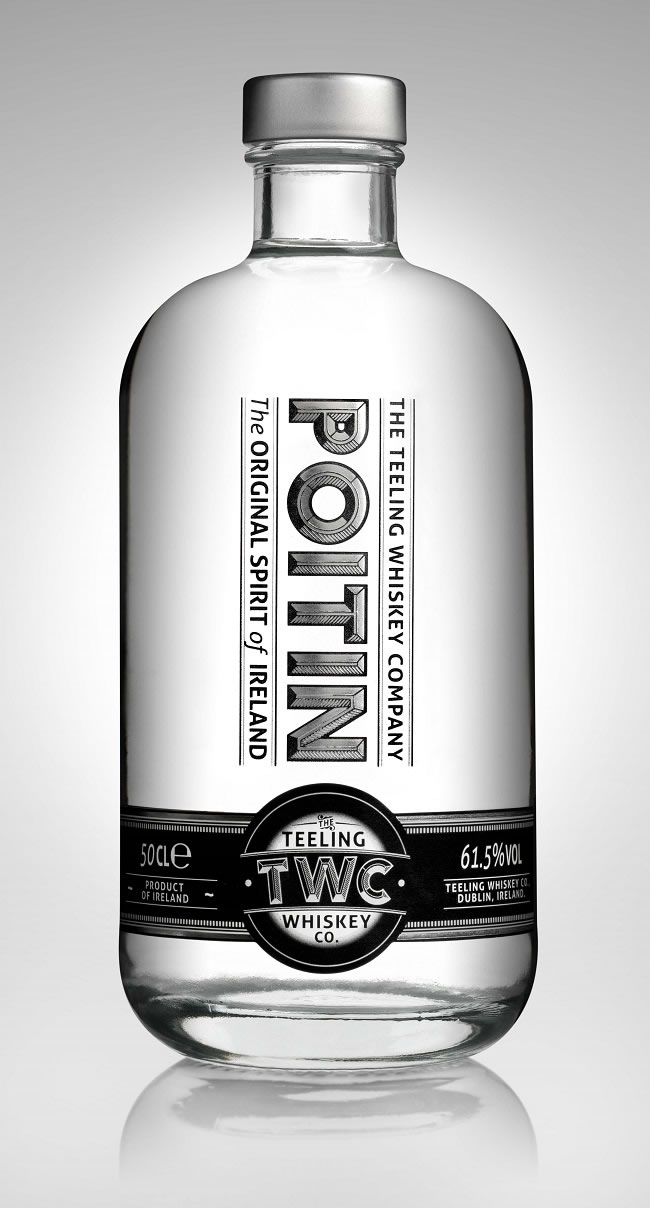 The history of both The Dubliner and The Dublin Liberties will be presented at The Gallery in West Hampstead for a Whiskey 101 evening on 16th March. Guests will learn about the history and production of these unique whiskies while indulging in flights of whiskey, beer and canapé pairings to toast in St Paddy's Day. 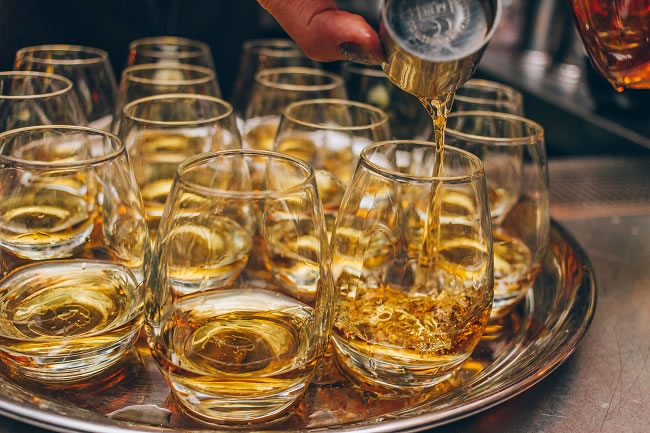