TOPMAN LAUNCHES ‘THIS IS SUITING’ CAMPAIGN 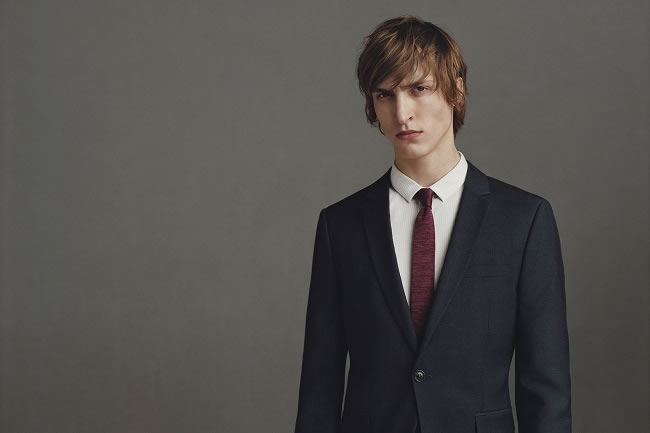 There was a time where the best-dressed man in the room was also the most successful. But man are those days long gone. Mark Zuckerberg, the 31-year-old Facebook founder and college dropout with a net worth of approximately $35.7 billion, is seen more often in a grey t-shirt and washed denim than a bespoke suit. Sure, finance guys, lawyers, and other stereotypically stuffy suit types still personify the “suit,” the catch-all term for men whose professions determine their boring wardrobes. But now, it might seem that denim and casual knitwear are overtaking the suit’s essential place in the work wardrobe.

In actuality, the suit isn’t going anywhere. In fact, it’s just getting more fun. Celebrities like A$AP Rocky, Mark Ronson, Eddie Redmayne, and cover star Nick Jonas are proving the suit is more relevant than ever. Just because a guy doesn’t wear one every day doesn’t mean he shouldn’t know how to pull one off. As more men get in tune with looking their best and expressing themselves through style, the tentpole of the male wardrobe is evolving alongside them. All of a sudden, camel topcoats with ripped denim and well-worn sneakers have become a street style staple. Bomber jackets with turtlenecks and cuffed trousers look suave, not stuffy. And the suit’s context in a man’s wardrobe has gone from obligatory uniform to statement maker. 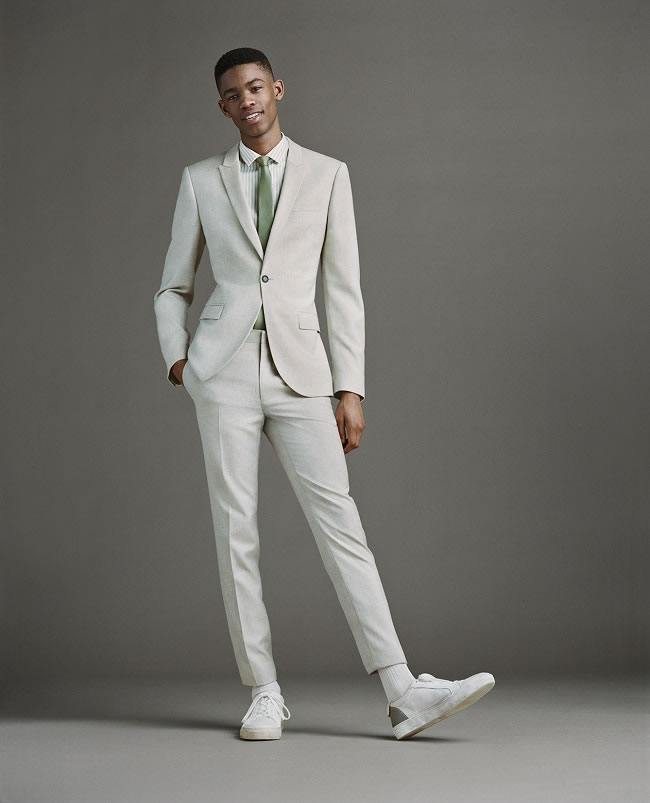 For the latest issue of the Topman magazine, you’ll see how the more things change; the more they stay the same. Tailoring will never go out of style, and while fits, colours, and patterns may shift seasonally, clothes that complement the body are always going to look good. And who better to tell it than the self-aware, humorous menswear writers behind the recently defunct and dearly missed men’s style site Four Pins? Lawrence Schlossman and Jon Moy outline the modern tailoring commandments. While fashion writer Robert Cordero explains how the two most stylish Davids to ever grace the planet—Bowie and Lynch—perfectly sum up the two approaches men take while getting dressed. 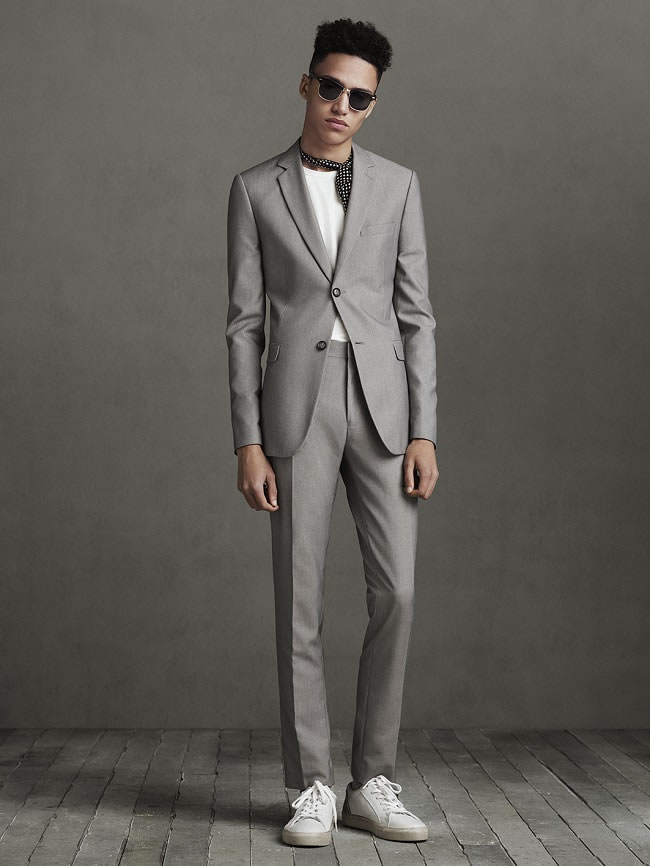 It’s 2016, and we’re officially in the future. Okay, flying cars still don’t exist and “hoverboards” still touch the ground and have wheels, but at least your phone can do everything from ordering entire sushi platters to your door to finding a handyman to fix your electrics at home. All of this is to say that if you’ve purchased a suit recently, you most likely did because you wanted a suit, more so than you actually needed to do so. The growing casualisation of the office doesn’t mean the death of tailored clothing. When you don’t have to wear something, wearing it becomes so much fun. 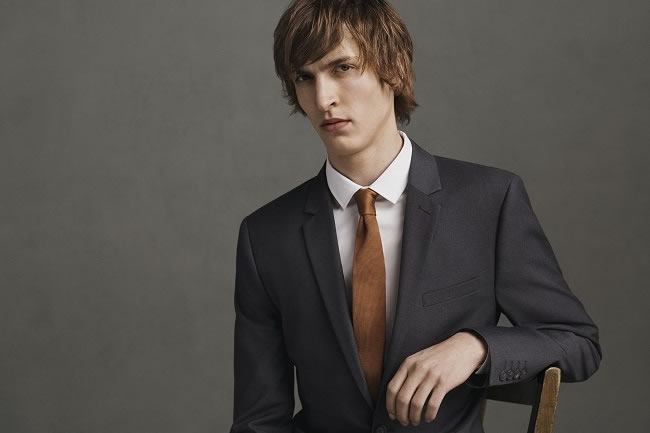 The so-called diminishment of the suit means that it’s oddly appropriate for even more occasions because wearing it has become a choice as casual and voluntary as deciding to wear a t-shirt and jeans. That doesn’t mean that you can throw all the rules out the window—you just apply them differently. It used to be the case that the suit made the man. These days, it’s the other way around. As suits become less part of a uniform, and more a part of a guy’s personal style, they’ve evolved from making you look like you work for “the man” to an item that makes you look like the man. Transcendentalist poet Ralph Waldo Emerson once said: “Being perfectly welldressed gives one a tranquility that no religion can bestow.” And we wholeheartedly agree. Even if casual clothes like louche hoodies, bomber jackets, and slim sweatpants currently dominate street style and the closets of most men, when most people imagine the pinnacle of a truly stylish man, chances are he’s wearing a suit. 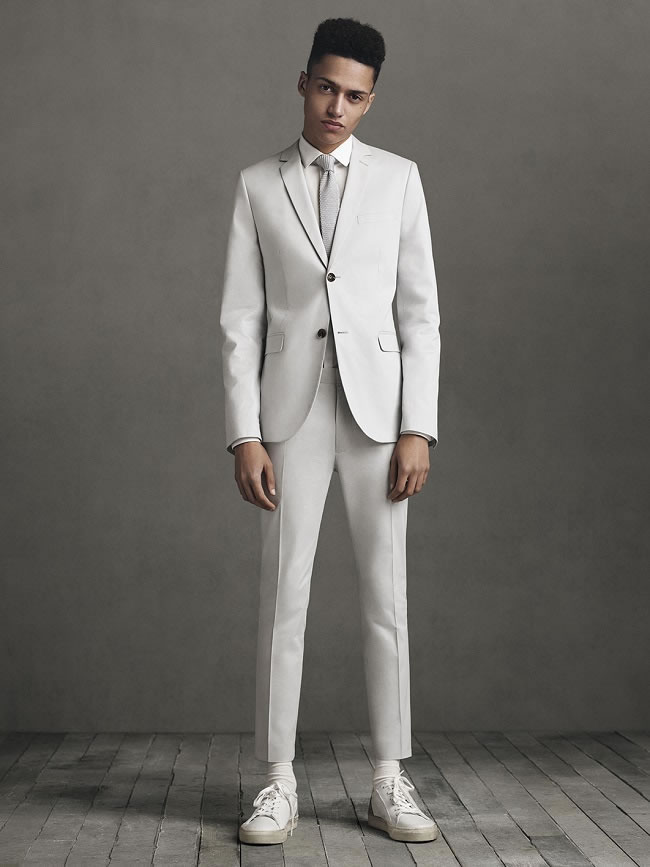 Just look at the style pantheon of menswear icons, from fictional characters like James Bond and Don Draper to real life dapper men like Cary Grant, Lord Byron, Beau Brummell, and Ryan Gosling. While they’d have no problem pulling off a dressed-down outfit, dressing up is called such because it’s a complete upgrade. A man in a well-fitting suit is a man who knows what he’s doing. It’s a look that isn’t just foolproof—it’s trend proof. Influential Modernist architect and equally doting menswear enthusiast Adolf Loos knew that at the turn of the 19th Century, writing: “The moment we have items that last longer and remain appealing, fashion immediately stops.” 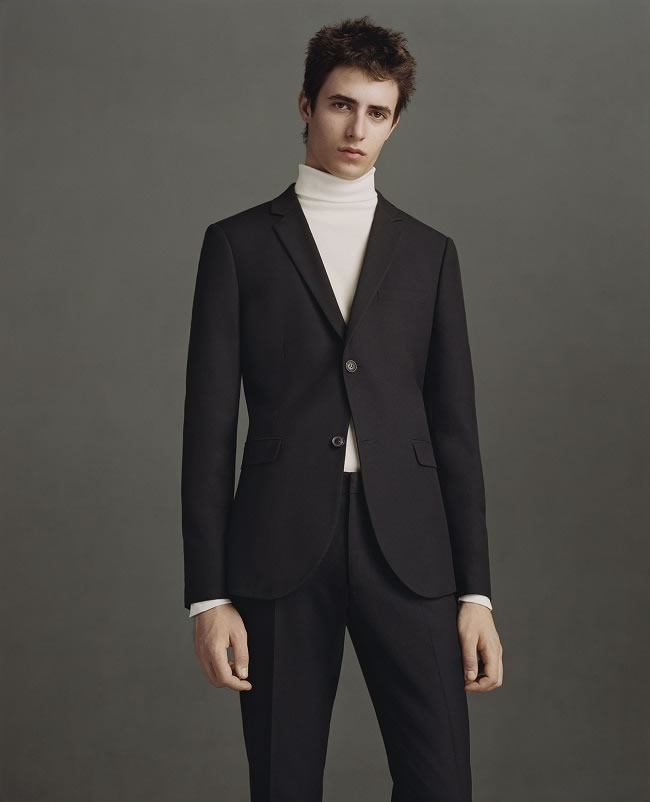 That’s exactly what the suit is now. When it isn’t a man’s go-to piece, it becomes the secret weapon of his sartorial arsenal. It’s the big gun that you break out when you need to pull out all the style stops. It’s a two-piece cavalry ready to ride into the unknown territory while keeping you looking expertly put together. And now, there are multiple ways to wear one. No matter if you fancy yourself a rock star, style rebel, or a fan of classic menswear, there’s never been more ways to express yourself through tailored clothing. Sure, finding a standout colour, bold pattern, or the perfect pair of shoes to finish off a suit is nice, but the first thing you’ve got to nail down is how your suit fits. 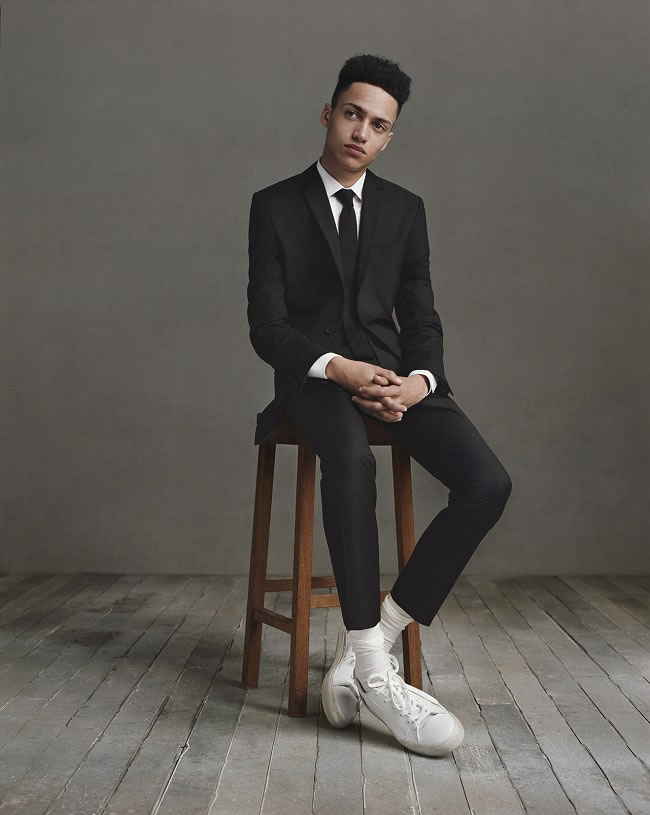 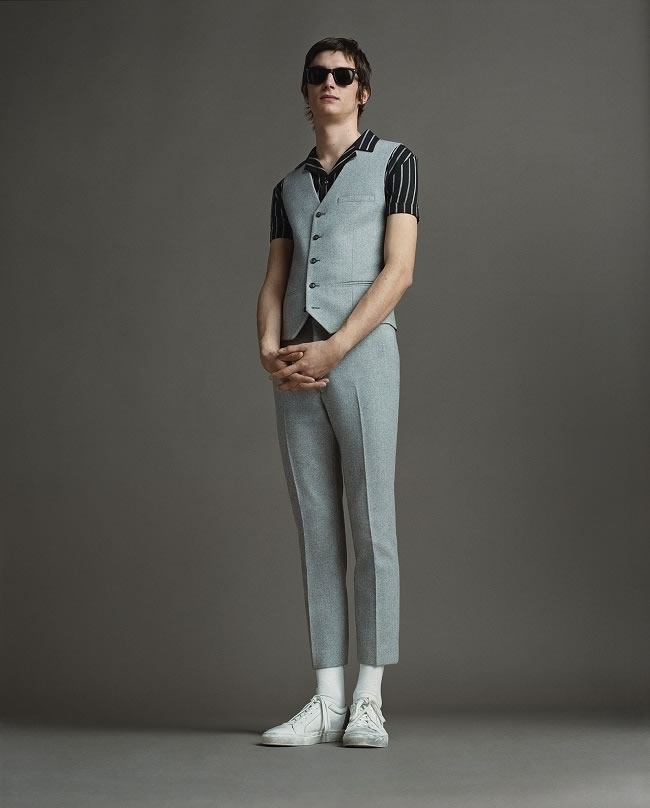 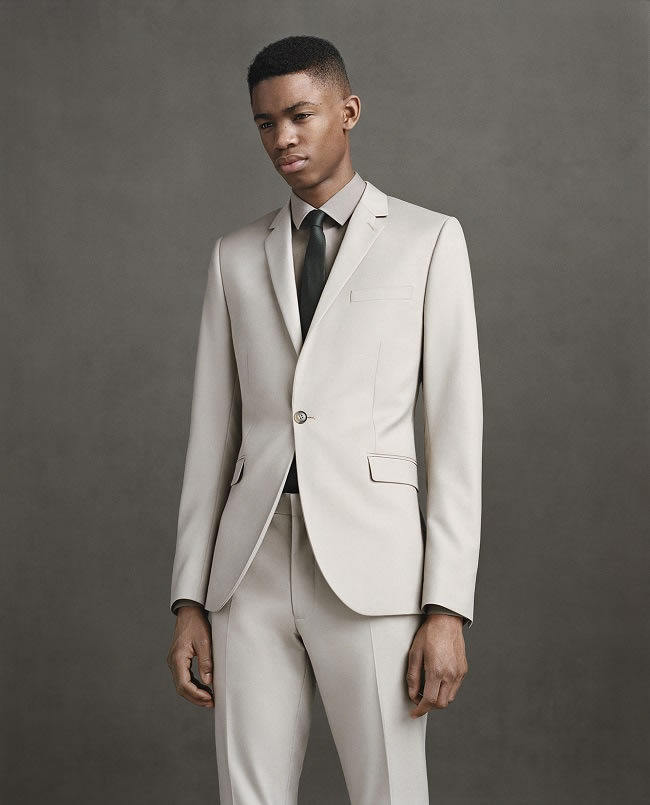 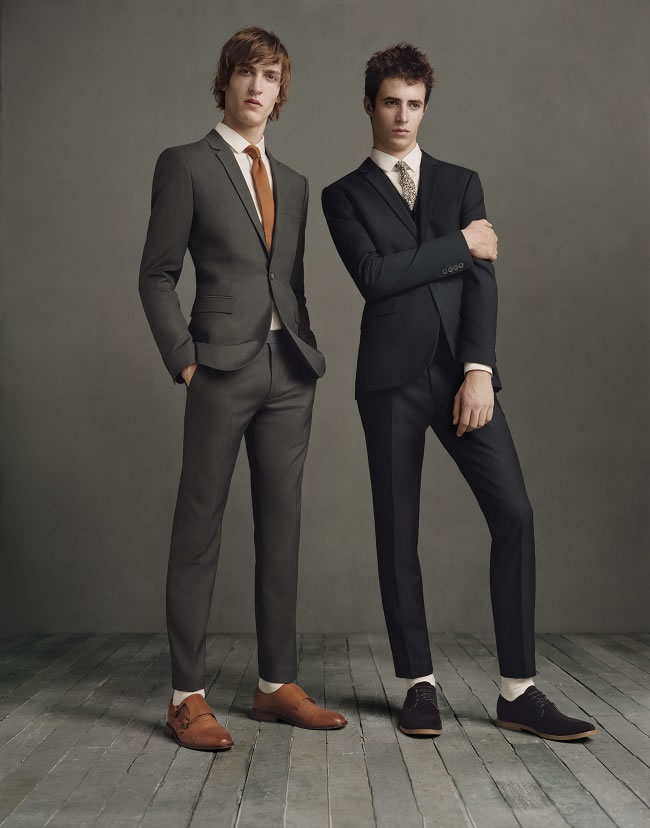