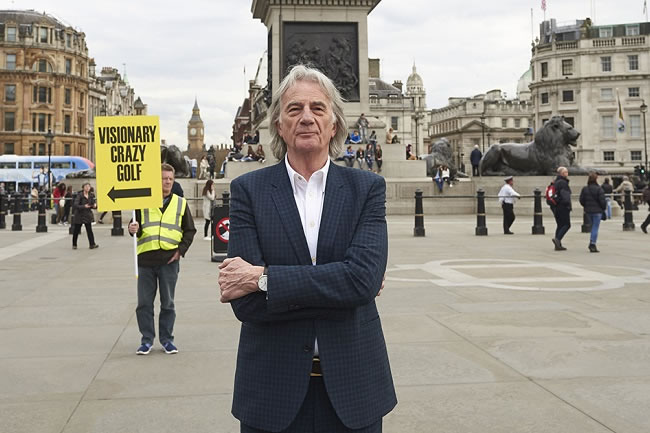 The London Design Festival has launched a Kickstarter campaign to bring Visionary Crazy Golf to London’s Trafalgar Square. Holes have been designed by nine of the world’s most renowned architects, artists and designers. The aim is to raise £120,000, and the course will be open from 16-22 September, coinciding with the Festival itself.

Members of the public who pledge funds, from £5 up to £5,000, will receive a reward by one of the artists and designers, who include Paul Smith, the late Zaha Hadid, Mark Wallinger, and Tom Dixon. One of Britain’s most distinguished designers, Paul Smith, is the curator and ambassador for the scheme, and has created limited edition accessories – from socks to scarves – to celebrate the project and as Kickstarter rewards. Additional rewards include tote bags by Camille Walala, Early ‘Birdie’ tickets, studio tours and a round of golf with Paul Smith. 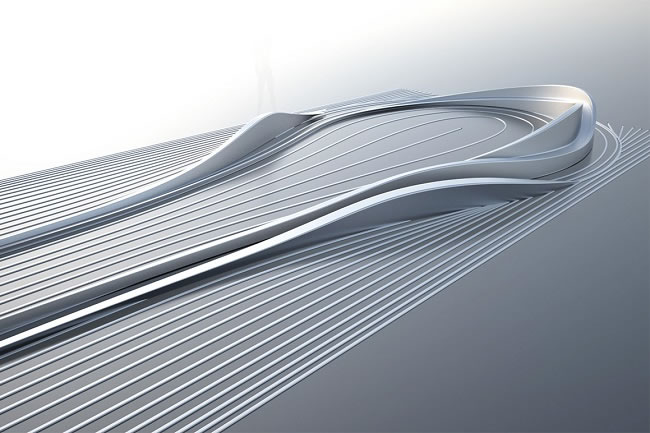 Other design teams include Camille Walala, Ordinary Architecture, HAT Projects with Tim Hunkin, Neon Studio, and Atelier Bow-Wow. Each will create a miniature pavilion that makes a statement about the future of architecture and fills Trafalgar Square with Pop Art colours and avant-garde forms. They will be futuristic, functional, fun and free for the public to play. The project is the latest in a decade long tradition of London Design Festival interventions in Trafalgar Square, which have included a giant chess set and a light show by an assembly line of robots. Such Landmark Projects have brought an awareness of design and its possibilities to the very centre of London and its cultural life. 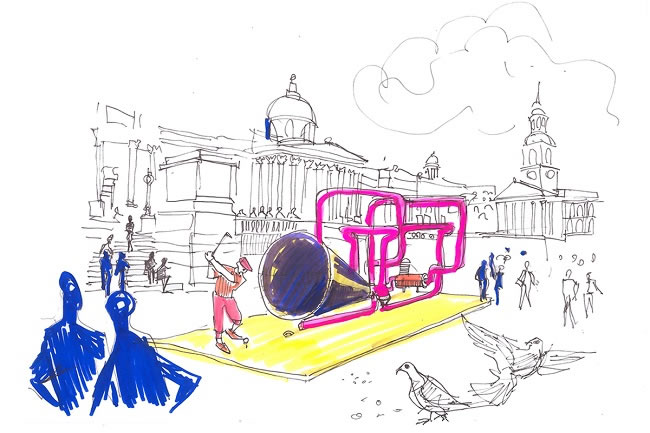 Paul Smith will transform the steps from the National Gallery into a riot of different coloured stripes, topped by a neo-classical clubhouse that echoes the museum, but has a turf roof and putters for columns. Zaha Hadid has designed an undulating course with two levels that will snake elegantly between Trafalgar Square’s lions. Other holes include Tom Dixon’s, with its funnel and nest of pneumatic tubes through which golf balls will hurtle; a circuitous maze by Mark Wallinger; a netted driving range by the Japanese studio Atelier Bow-Wow; and a cross-section by Ordinary Architecture of a giant pigeon, through whose gut golf balls will travel. 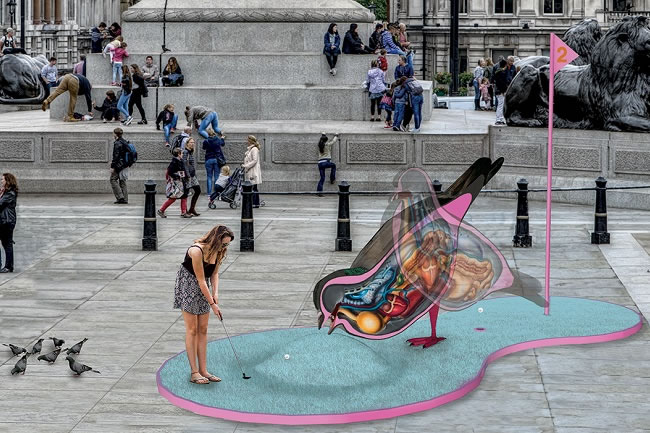 Paul Smith, curator and ambassador for the project, said: “All of the designers I invited to take part, both distinguished and emerging talents, have been given free rein to be playful, original and have fun. The result will be a wonderful and accessible display, right at the heart of London, which will celebrate design and creativity, and explore engineering and new materials. It will both entertain and inspire. Please help make it happen!” 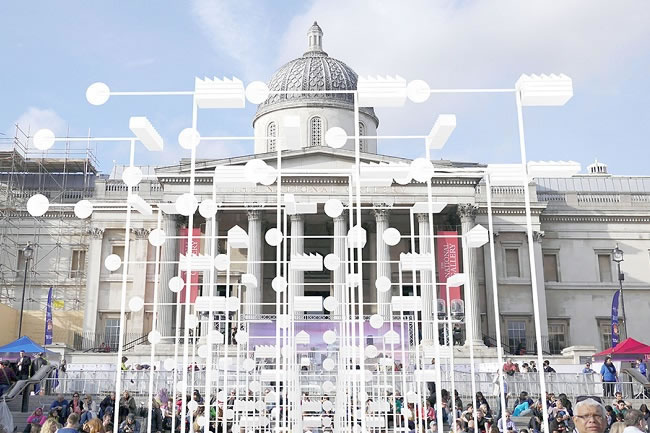 The London Design Festival are seeking to raise £120,000 via Kickstarter and will match fund the project through sponsorship. The course will be open for members of the public to play in Trafalgar Square for 6 days (16-22 September), and the Festival are exploring future venues.