A WARDROBE FIT FOR A KING 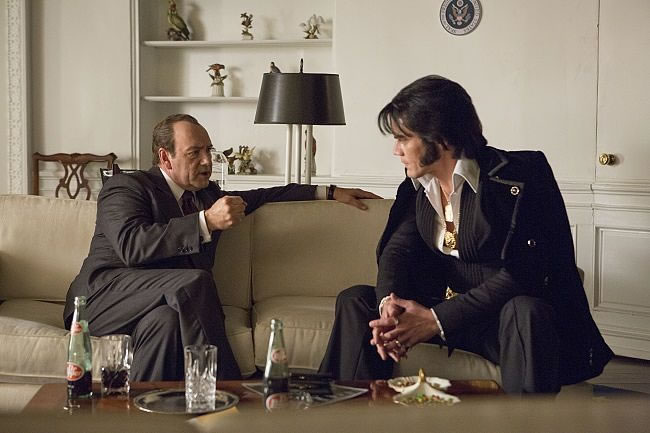 Long live the King! With the exception of Neil Tennant and Boy George, few frontmen have secured their place in the fashionista-frontman hall of fame. Seriously, I was kidding about Neil Tennant and Boy George, but amongst the pantheon of trailblazing rock n roll singers, none fewer than Elvis Presley have left an indelible image with the iconoclastic jumpsuits and infamous karate gis. With the release of Elvis & Nixon coming to cinemas June 24th, we take a look at a few highlights of The King's wardrobe and where you can achieve those looks today.

It even comes with its own theme tune, 'step on my blue suede shoes'. Superdry do a Kalahari Boot that I'm sure would get the King's approval. It has some wonderful suede effect on the uppers adorned with intricate contrast stitching around the sole. 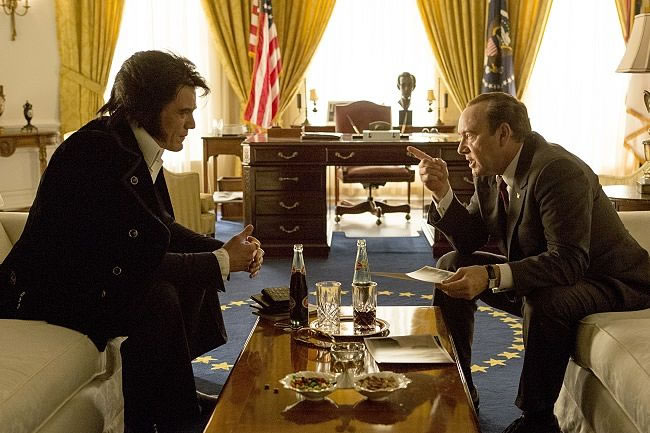 Only 150 sheets! Okay so it might not fit between the loom straps of your Levi's, but don't tell us you wouldn't catch the barmaids eye when you walk through the saloon doors down the Lamb and Flag rocking this Matadore Belt. You'll look like you've just won a unification belt in the UFC, or robbed a jewellers.

A special mention to these guys who cater for the demographic that like Elvis, Jesus and fashion equally. Elvis Jesus are a UK based brand with a rock n roll philosophy born out of the beat culture musings of Kinky Friedman and Hunter S Thomson. Elvis Jesus has an irrepressible puckish aesthetic - i'm sure Elvis would approve if he were around today, so long as he was being paid royalties for use of his name and face. 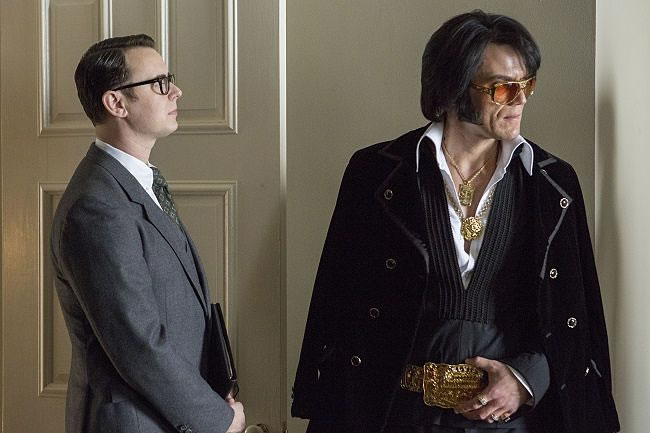 Ok do yourself a favour, never punch in 'Elvis Sunglasses' into google. At least not if you're expecting to find a decent pair above the price of a tenner. You could spend a tenner on eBay costume glasses or two hours on Etsy accessory sites, then realise you've lost two hours. However, this is why I am here, to trawl through the dark web, in a dark corner of the office. Luxe Gold and silver Rectangular Sunglasses with the double bridge will make you look the best in show. Metal-frame rectangular sunglasses in yellow gold-tone and silver-tone. Brown gradient lenses with 100% UV protection. Ok so they're expensive, but you can win that back in a dozen karaoke competitions looking the part in these. 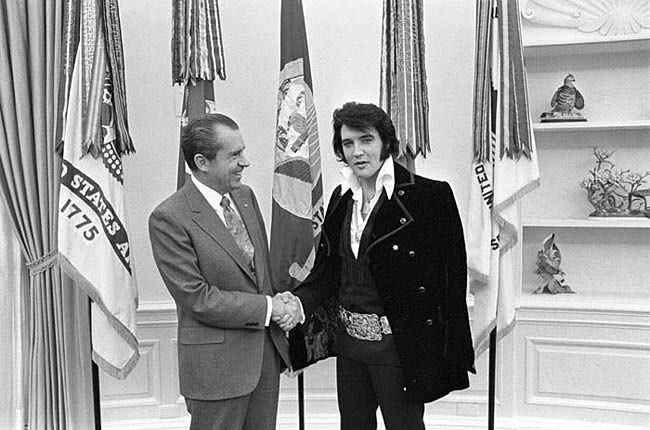 You can see Michael Shannon do his own version of The King alongside Kevin Spacey in Elvis & Nixon in cinemas June 24th. Watch the trailer below.