STEAK, LOBSTER AND WHISKIES IN AN INTIMATE, 60’S INSPIRED SETTING 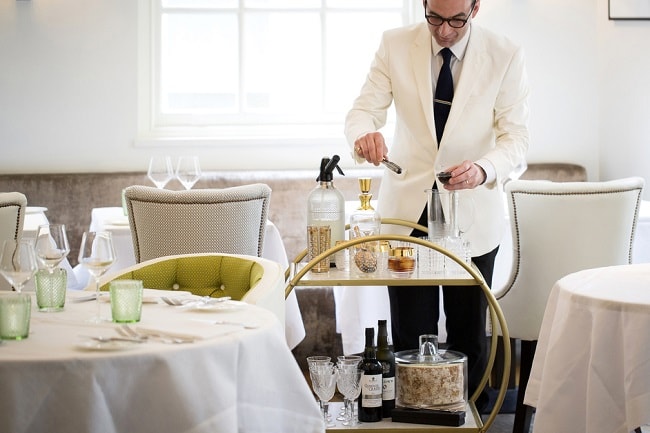 Blades at Hush boasts Steak, Lobster and Whisky in an intimate, 60s inspired setting. With a resplendent Asian sycamore tree-motif stretched across the back wall, cream leather studded chairs and a plethora of whisky from all over the globe, the surroundings are decadent and mirrors the ethos of Hush (a private member's club without the membership).

Blades at Hush is a nod to the private member’s club of James Bond’s M and harks back to a bygone era, when Mayfair was “the place to go” for any discerning Londonista. So it's no coincidence that the cocktail menu has a Vesper Martini at the top of the bill. The menu revolves around steak, lobster and distinctly British classics. Sipped alongside these are a very special selection of American, Scottish and Japanese whiskies, which can be enjoyed on their own, in a "Whisky Flight” or in a Blades “Tipple”, featuring their own Blades blend whisky. 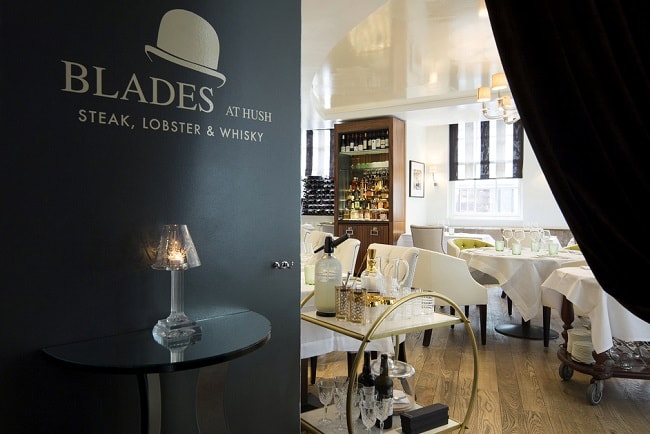 Recommendations from the wine list include the Ken Forrester F.M.C, a South African wine layered with notes of apricot and honey which gelled perfectly with the Asparagus Hollandaise and the rather daring Steak Tartare. For the sides I dabbled in the Roast Broccoli fused with paprika vinaigrette and arcana almonds and slummed it with the hand cut chips stopping short of asking for HP Sauce. The mains were spread between the Whole Cornish Tempura Lobster and the Angus Steak. I took our waiters recommendation of the Blades Own Blend Whisky Glaze, Teriyaki & Mirin marinade - I strongly suggest you do the same when you go. 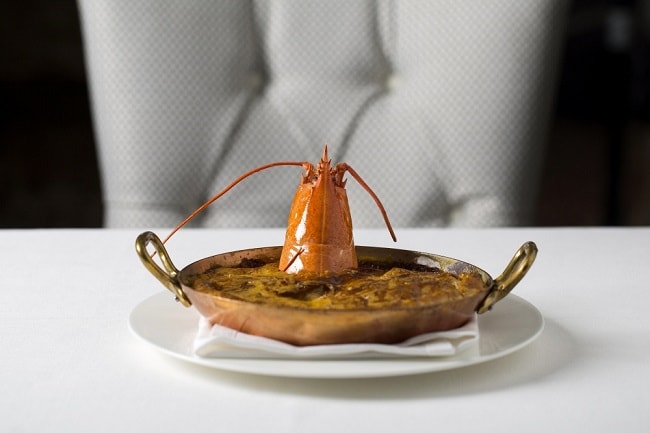 Of course I had room for dessert, so I dabbled into the rich Whisky and Brown Butter Brioche pudding. After the feast I felt like I deserved one of those t-shirts you get from winning an eating competition. I celebrated with an Octomore on the rocks from the Bruichladdich distillery. I will recommend this whisky all day long but depending on how your palette reacts to a heavily seated whisky, I'll leave this up to you. 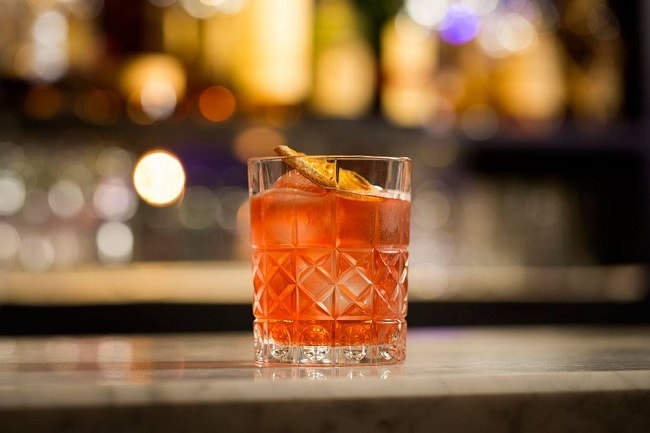 The service was fantastic, the food was punctual and everything down to the Yorkshire Pudding amuse bouche was executed to perfection. Blades won't be a well-kept secret for long so book ahead now and treat the missus this summer.