IN CONVERSATION WITH JULIAN DUNKERTON OF SUPERDRY 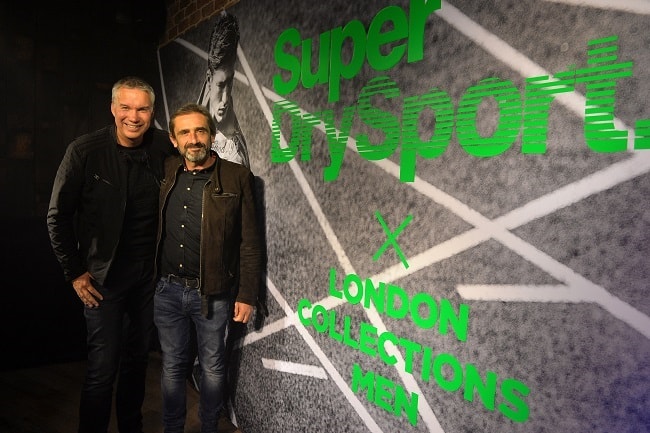 At the beginning of the year, MenswearStyle were invited to view the new sportswear line from Superdry. This was a new venture for the high-street heavy weight and since the men’s launch in March, it has already proved itself extremely popular and another success story for the brand. To kick off LC:M and to further launch their next collection of sportswear, Superdry hosted an evening alongside the British Fashion Council in their head office sitting above their vast flagship store. We were treated to a fantastic dinner and a mini fashion show. Just before the start of the event, I had a sit down with Euan Sutherland (Group CEO) and Julian Dunkerton (Founder and Brand Director) to talk about the reasons behind their step into sportswear and the success it has achieved.

The story behind the development of Superdry is a fascinating one and it is evident a huge reason for its success is due to the passion from the whole team behind it. Julian Dunkerton quite often mentioned throughout our chat, the 'journey' of the customer. It became clear just how important this factor of their business is to them. Yes, they have stores all over the world now and yes, they may be one of the biggest high-street brands in terms of numbers, however this still feels like a very humble and close-knit team with a lot of heritage who hugely care about their customers and the quality of their clothing. Both Euan and Julian explained how they constantly strive to produce a product that consumers are proud to wear and can afford to buy without feeling guilty. With this ethos shining throughout their stores, it is no wonder they have become so widely admired and there is no doubt their brand will continue to grow. 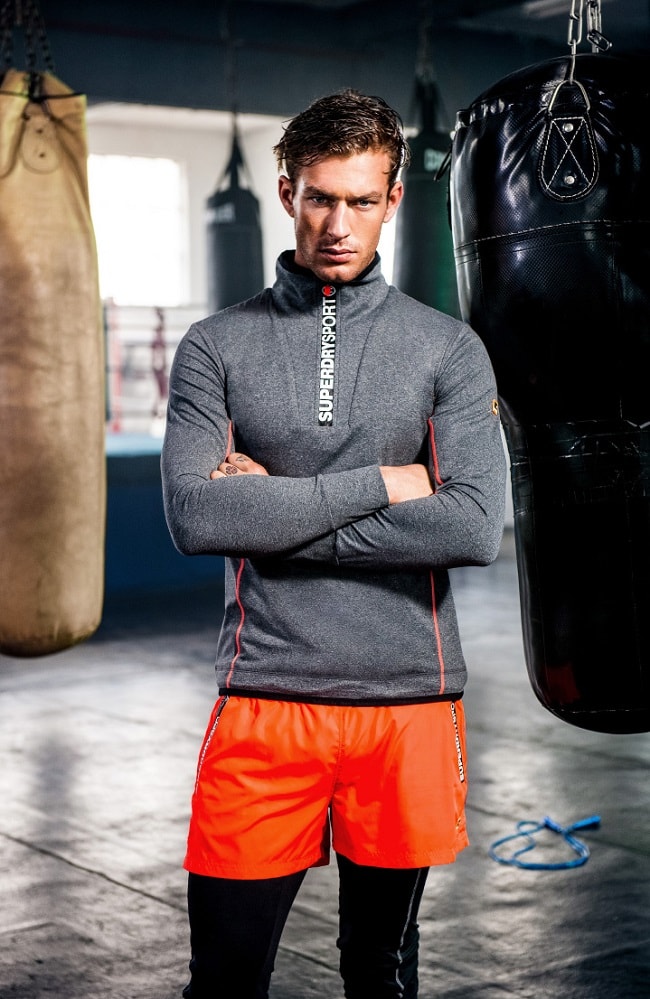 Could you explain the reason behind starting a sportswear line for Superdry?

Euan: "It was a very easy step for us, a natural evolution. Jules, James and I started about 2 years ago talking about the next wave of innovation and this was one the easiest decisions for us. We have a heritage with hoodies and sweats and leisurewear but a lot of the market was going towards more active leisurewear. It was very much consumer lead. The consumers were telling us that it would be fantastic, on top of that some of our Asian markets and European markets think of us as sports brand anyway. So we just wanted to offer a more technical product."

Julian: "Essentially, James (Holder) was the one really. He married the two names up and we all saw the gap but how he delivered the branding, it works. It is quite weird but you take two words, you put them together and it feels more right than anything we could imagine. That in essence has opened up a whole world for us. The business is part of the market that is dominated by a few huge massive players and here we are, where we have enough muscle to move quite heavily into the market effectively."

Obviously there are big competitors out there. Is it a challenge competing with other brands who are producing sportswear? How do you stand out?

Julian: "Look at the brand association on our products, who else has got that apart from a few of the massive players? So it allows us into a big playing field ultimately, which is quite exciting. The public understood it straight away."

Euan: "I think customers who are into some of those brands want something different. Ours is something new in the market. And the range we have, has presented great choice in the market and we have had a huge amount of interest since the first capsule that we tested." 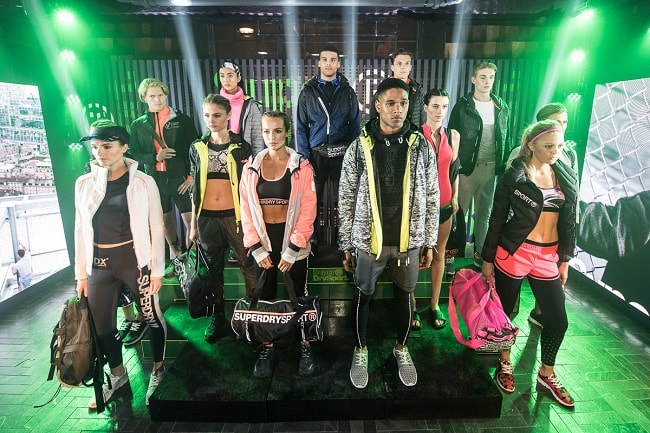 Where do you see it developing?

Julian: "Ultimately you end up with specialisms in different areas of sport and more technical work. It’s a big old world out there for us to move into and gradually develop further. It is such a recognisable brand and if we just keep changing that every now and again. Well we just have to keep surprising people. That is really important. They see it and they love it and they want that journey and they want to feel that it is progressing. This is another stage of our progression."

Do you find it is a challenge reaching out to men, do you have to approach the marketing side of it in a certain way?

Julian: "We landed it into store, and it sold straight away. That was the ultimate test. We didn't have to do any marketing. You have to remember, we have high-street stores, a lot of them, so we have a lot of public coming in all the time. It is not like we are having to be, 'Oh look at us, we have created something new'. The public walk in and they decide if they like or don't like it very quickly. It doesn't get any easier or better than that."

Euan: "If you look at where it is positioned vs some of the larger players vs some of the more premium players, it is really great value but it is highly technical. It has a lot of innovation, it looks great, and we don't do a lot of marketing because our brand speaks for itself. It is part of the ‘Superdry model’ so we don't really have to spend so much time worrying about that side of things." 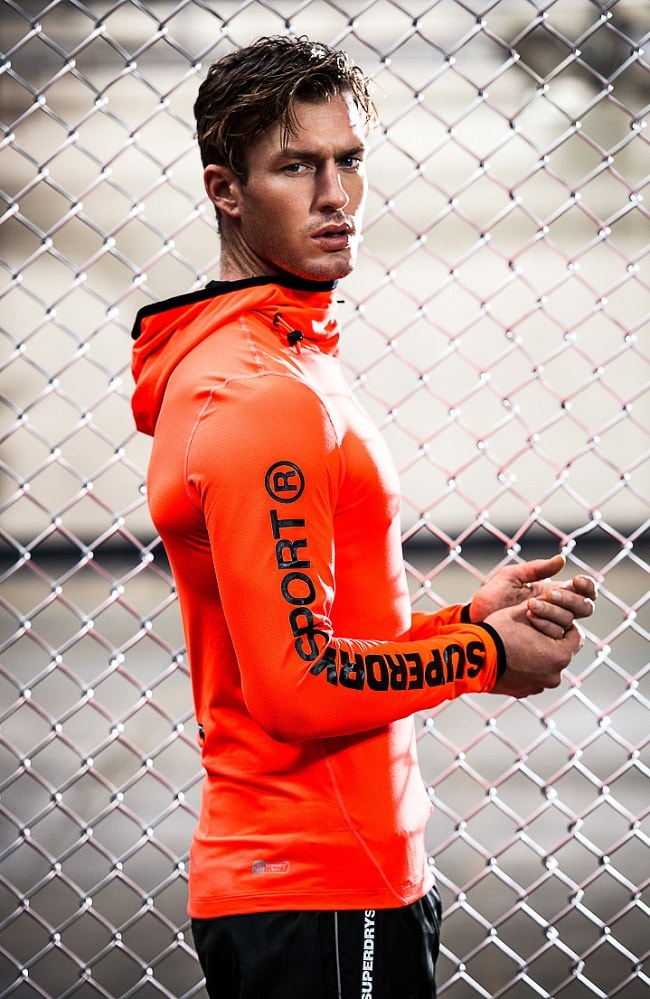 Do you aim for a particular demographic or consumer with the sportswear? And if so, why?

Julian: "The great thing for us is that the demographic, in menswear, is very well spread. So we don’t aim for anyone in particular. I think what is interesting is that our consumers love our quality, they love the brand. We don't think 'how much can we get for that'. We think 'what can we sell it at, can we sell it for that?' It is a very different psychology. There aren't many brands that can think like that. Whatever you pick up, you have to think it is worth it. We always make sure of that at Superdry and it is really important part of the journey. People can afford it, it is worth it, the quality is brilliant."

Obviously a lot of men prefer to shop online rather than taking a trip to a store, how do you approach that?

Julian: "The two collide now and I personally don't think it is one or the other. We have to create an environment that men want to come into and be a part of. The stores are massively part of our journey and you have to make sure your stores are constantly moving forward. Bringing in technology and new thought processes. Retail is changing all the time and you have to be at the forefront of it. I think we as a company love to find something new. What is it the consumers want. If you think you've made it, you are knackered, in business. You have to keep moving, keep changing, keep re-inventing ideas. There may be a period where it is static for a while but then it will lurch forward again."

Euan: "The reality for us is that consumers are shopping in stores and online. And shopping online in store! We put i-kiosks in to stores, driven by our staff, so if we don't have your size or colour, you can choose online and we can have it with you by the next day, whether it be in store or at work." 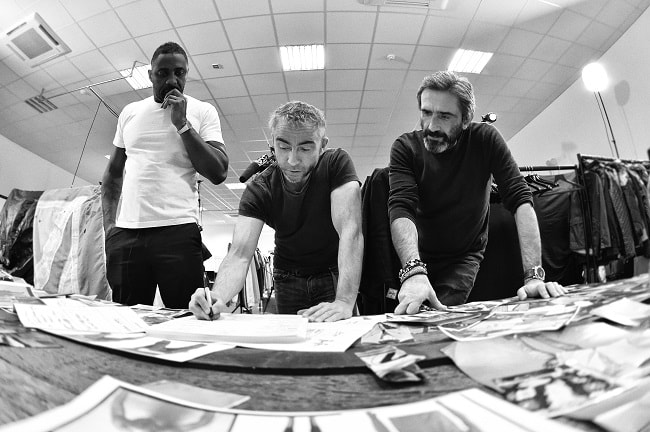 Do you find the response to your sportswear varies internationally?

Euan: "What we find in general terms with the brand is the feedback from the customers is incredibly consistent. From Taiwan through to America and to the Middle East. Sport has landed really well everywhere, especially in America. America has been a lead market for us and we are actually finding it very difficult to stay in stock, so we are really pushing it hard. That country is at the forefront of that immersion in active wear. We've had amazing hits from celebrities just picking up the product and wearing it. From Manhattan to LA, it is at the front of the stores and selling amazingly well. In Asia the brand has been seen as a sports brand from the beginning. We didn't have the same approach in the UK but that is how it has been interpreted there. As we open our first Chinese stores, the sportswear will be a huge part of it."

Is there anywhere you haven't launched yet? Or somewhere you would like to test the waters?

Julian: "We are looking at a massive European expansion. We have a North American expansion, a Chinese expansion and joint venture in the pipeline. Really it is just about what can we do within those continents. South American is slightly more difficult and an area we haven't tackled properly but that is tough with tariffs etc." 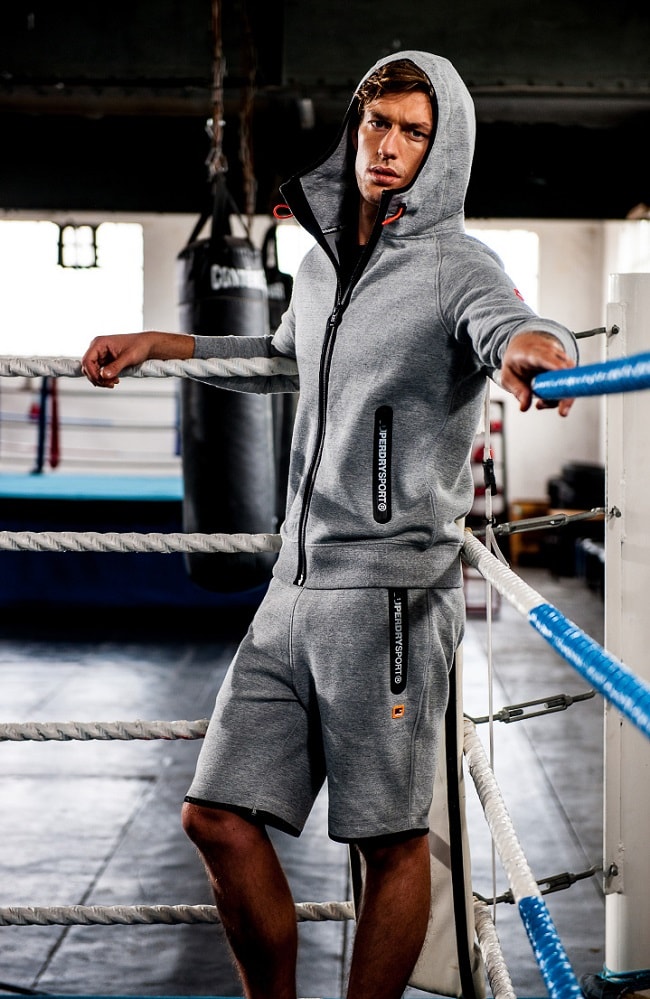 As a brand do you feel like the message you put out to consumers changes over time or something that has stayed the same from the beginning?

Julian: "Our message is very clear. We are a brand that you would be prepared to wear on the outside of your clothes. So that means it has to be well made, well fitted, and you feel good in it. That is the key to creating a brand. The brand has to deliver through the product. A brand only works if it is associated with something good. Our job is to create a good product and that is what we obsess about and what we endeavour to do."

As you are such an expansive brand now, would you consider showing at LCM?

Euan: "We have done big fashion shows, such as in Asia, however we still aren't that big! We've grown massively but we still have a huge way to go. I think we are still quite young and we have a huge amount of opportunity. We've done amazing things like the one in Beijing, taking over the British Ambassador's residence. 50 models in front of a huge picture of the Queen was quite incredible. We would like to do something like that in the US. Where we go to next comes back down to creating an amazing product and whether the consumer connects with that. That is much more important to us. So if that works and that keeps going, then who knows."