WIT AND WUNDERKAMMER WITH PAUL FOOT

PAYING TRIBUTE TO THE HOLY ROMAN EMPEROR AT COTTONPOLIS IN MANCHESTER 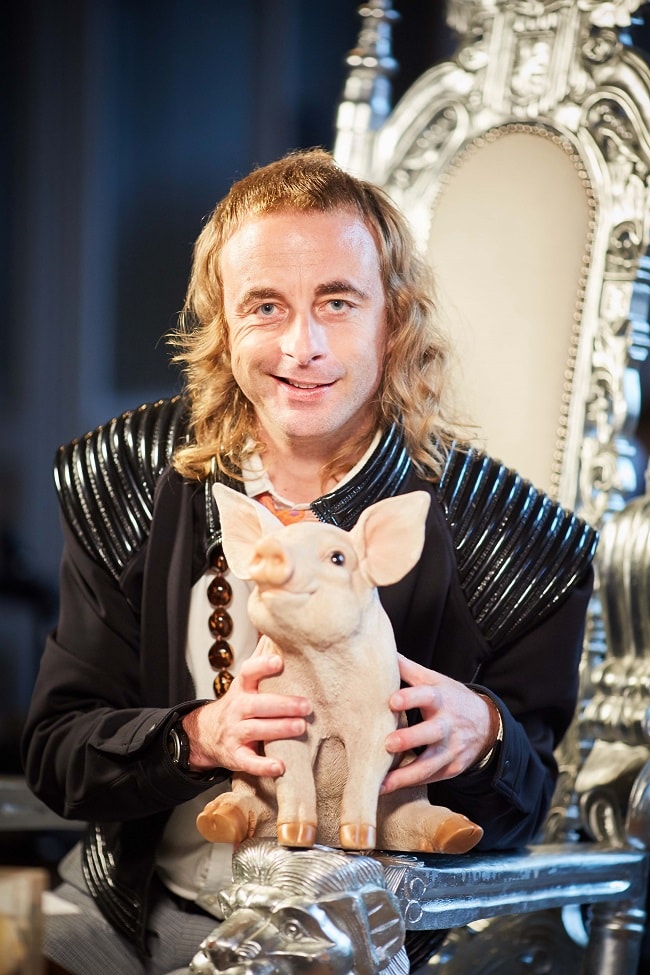 The eccentric performer teamed up with the King’s very own premium beer, Krušovice, and delved into its rich regal heritage to unleash an insight into one of the King’s most renowned assets: his Cabinet of Curiosities. This consisted of a collection of obscure items including paintings, coins, ivory, uncut diamonds and mathematical instruments. 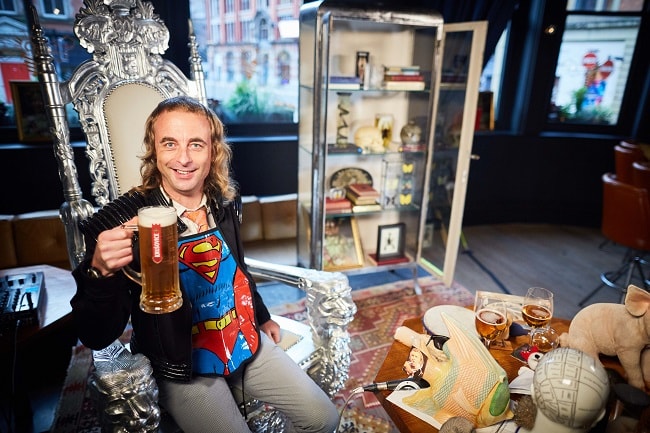 Paul Foot said: “I am very similar to King Rudolf. We both like collecting curious, eccentric things. Other obvious similarities are we’re both regal and both at war with Prussia.” The Royal Czech Beer challenged Paul Foot to replicate Rudolf’s weird and wonderful Cabinet of Curiosities - both via his own belongings and additions from the audience - which resulted in a combination of bizarre, funny and mesmerising moments with objects on stage. 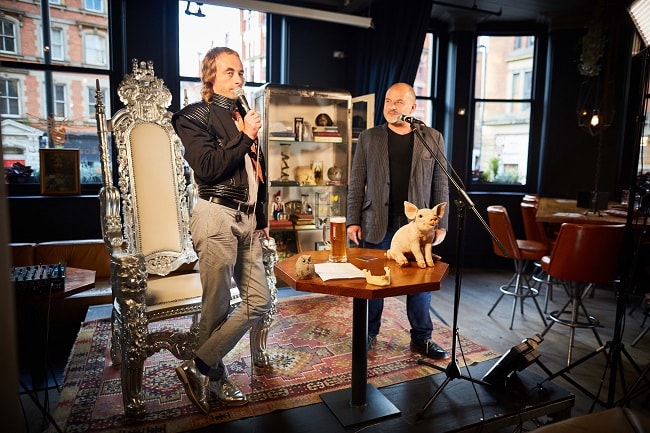 "King Rudolf is such a fascinating and likeable figure. For instance, he liked the Krušovice beer so much that he bought the brewery – now that shows real commitment. And it’s great working with Krušovice - such a Royal Beer. Each sip of beer provides a regal sensation and feeling of the royals”, said the award-winning comedian. The willingness of the packed out Manchester audience didn’t disappoint. The two hundred strong crowd presented the oddball comedian with items such as a porcelain hand, taxidermy chick, medieval drum, clay fish and puffer fish. "The puffer fish is by far my favourite item in the Cabinet of Curiosities", said the Edinburgh Fringe veteran. 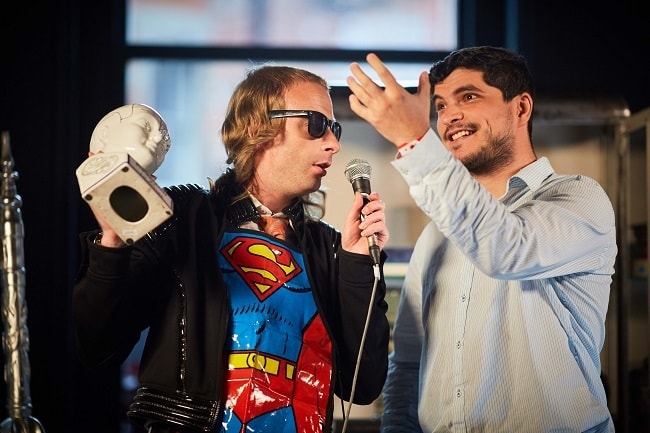 “It’s all hollow, puffed up but was completely real. Interestingly, I could sense its personality by his puffed up, puffer fish face. He was obviously quite mischievous and often played practical jokes on others. The puffer fish also had a serious side to him, too. For instance, he was involved in politics, often as a mediator between the seashores and sea enemies - who never get on, are always at war and constantly fighting. This led to the puffer fish joining the Seaweed For Freedom Party." 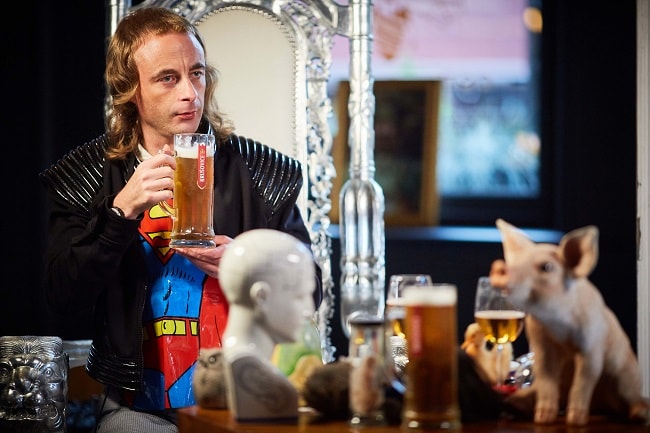 As we prodded the former Oxford graduate further, he slowly revealed other fascinating, but rather strange items found around his home. "I own a number of animal based things, such as various pig items, like a wicker pig, a pig mask and a porcelain pig. I also have several bird items, such as tropical bird caller, flapping bird whistle. And non-bird items, like a solar panel flower. Not to mention a very delicate Dutch woman with a loose head that is made out of porcelain. That said, I was going to bring a 5ft tall giraffe. However, I had no idea how to get it onto the plane. It was a logistical nightmare."

Paul Foot teamed up Royal Czech Beer Krušovice to promote the Cabinet Of Curiosities and its limited edition tankard beer found in pubs across the UK.