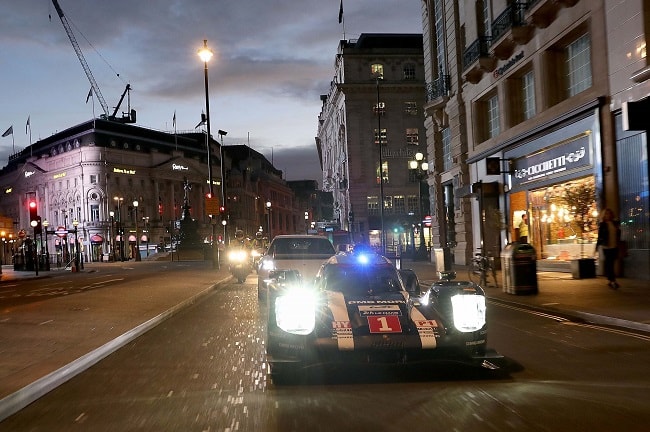 Le Mans comes to London - 919 Hybrid, Mark Webber and Panamera E-Hybrid brings Porsche race-winning technology alive on the city streets. This week the two most advanced Porsche cars built so far, the 919 Hybrid LMP1 and the all-new Panamera made history; the world’s fastest petrol:electric Hybrid race car took to the London streets alongside the new Panamera 4 E-Hybrid to demonstrate how Porsche is translating its race-winning Hybrid technology from the track to the road.

"I finished F1 in brazil, five days later I strapped myself into the 919 Hybrid. I jumped in, it was dark, it was a baptism of fire, honestly I as blown away with the car. It's a weapon, speeds are high, less noise, I was far from disappointed." - Mark Webber 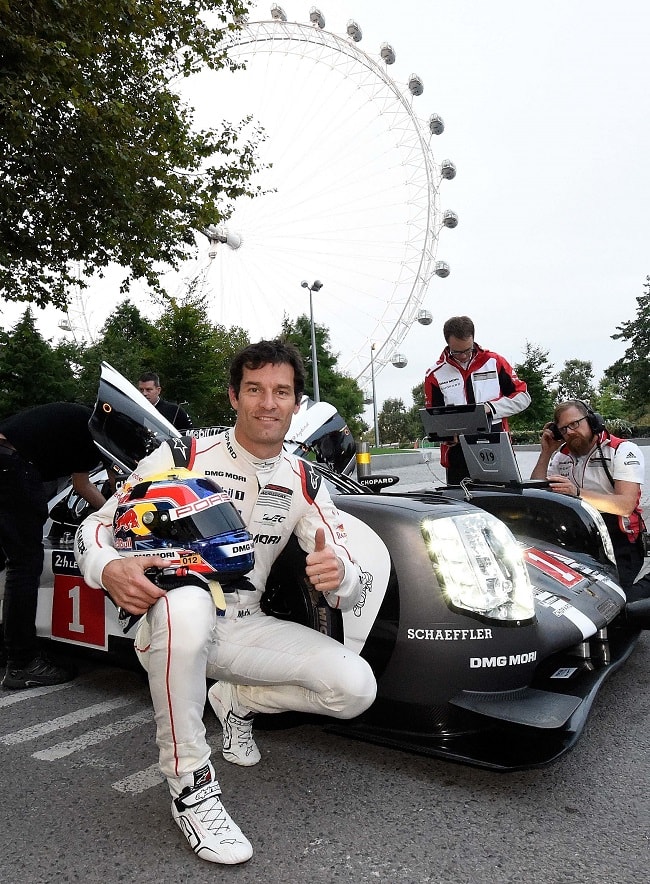 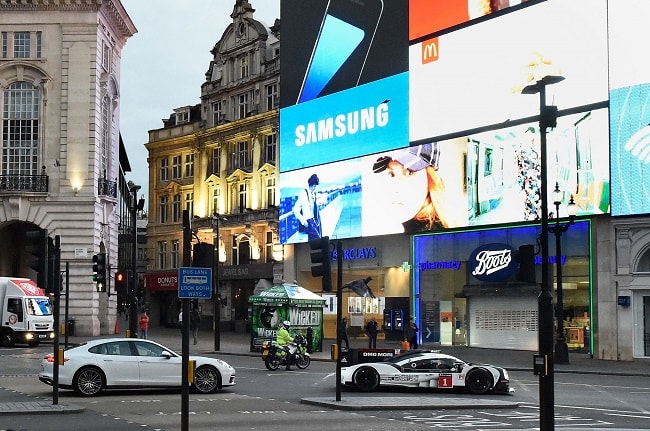 Speaking at a press conference at the Porsche centre in Chiswick on Monday, Webber spoke about his affinity for Porsche and his team mates. He also gave us an insight into what it was like making the switch from F1 to Le Mans.

"Parachuting into that environment was challenging, it wasn’t ego, it was how do I get the balance right with the technical side, seat belts, endurance racing, as a team I had to do a lot of learning. The results now are that we are the best side on the road. We (the team) have breakfast together every morning, dinner together every night, egos are low and it’s all about honesty." - Mark Webber 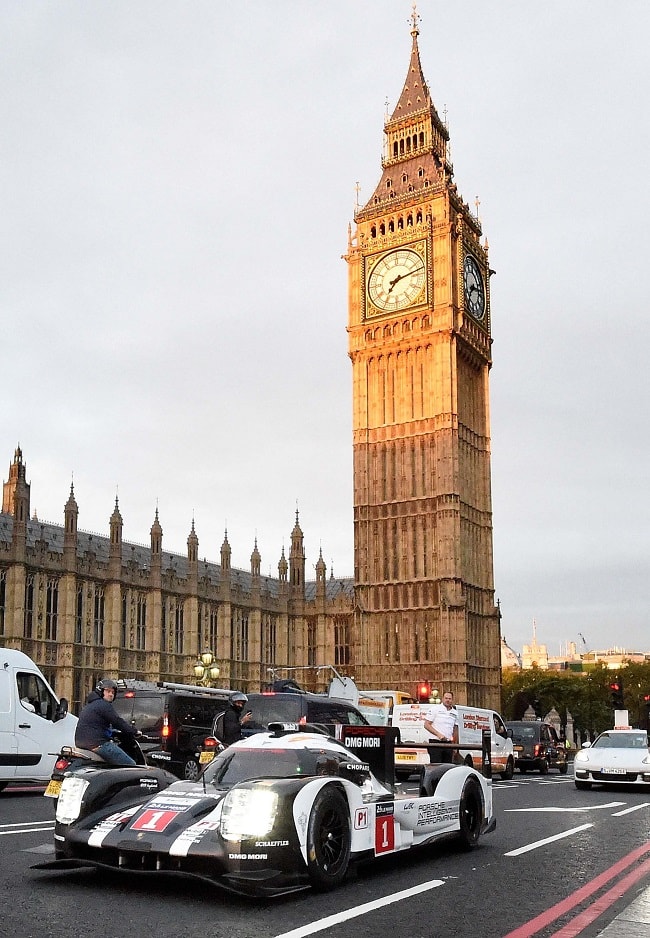 Porsche has a proud tradition of proving innovative technology on the race circuit prior to developing it for its renowned sports cars. Underlining this track to road philosophy this week was another world first; the new Panamera 4 E-Hybrid making its global debut alongside the 919 Hybrid. Like the race car, the Panamera E-Hybrid is powered by a combustion engine and also an electric motor charged by lithium-ion batteries. Combined, this is the ultimate expression of a long-standing Porsche ethos; high performance with high efficiency. 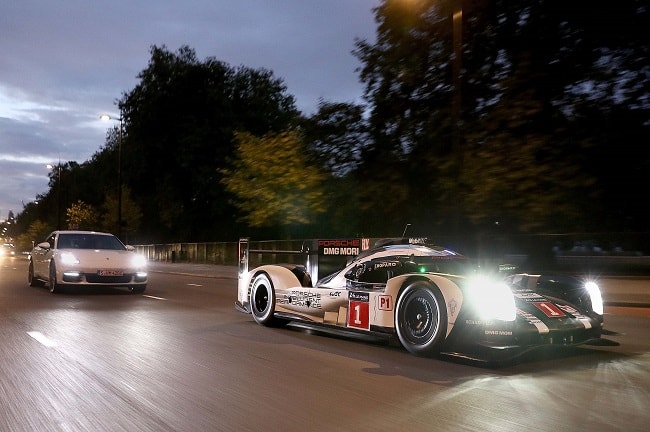 For Porsche, the term ‘hybrid’ is synonymous with not only sustainable mobility, but performance, too – a fact proven not least by the 919 Hybrid achieving an unrivalled 18th overall triumph for the Stuttgart marque in the Le Mans 24 Hours endurance motor race in France in June. This commitment to a new type of Porsche ‘E-Performance’ is now also defining the Panamera 4 E-Hybrid.

So I guess it's the technology that's the main thing being shown off here.

So after your third win in a row, how do you stay hungry? You've already achieved everything haven't you?

"My team mates wouldn't allow that. If you're driving for yourself then maybe, but I can't be a third wheel or have these guys carry me." 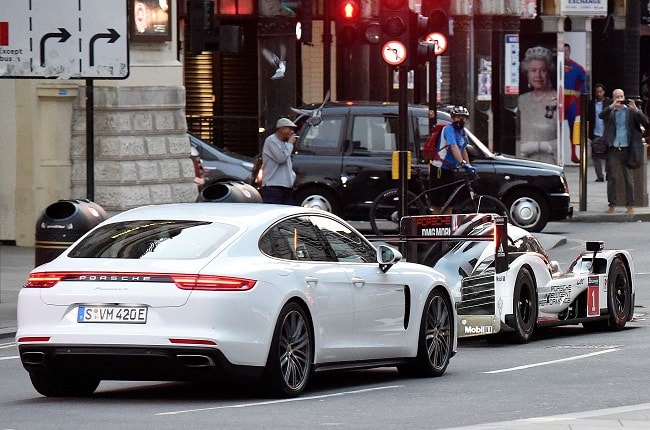 With the 919 Hybrid, Porsche developed new technology at racing speed – and for the Mission E, the designers adopted the same 800 Volt electric technology from the Le Mans winner. Already the company is well on the way with the construction of the factory in Stuttgart that will build the Mission E, and preparing a new generation of Porsche Centres around the world as we enter this new era of personal mobility – of which the new Porsche Centre West London on the A4 in Chiswick is the most recent.