JEEP POP-UP ACCESSIBLE ONLY BY 4X4 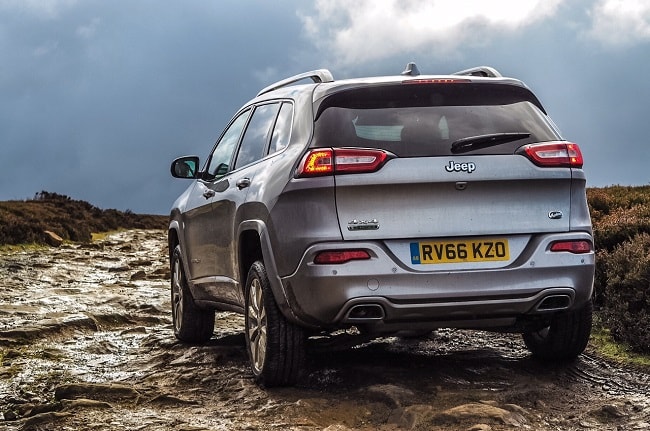 Jeep becomes the first automaker to create a pop-up dealership, reachable only in a 4x4 vehicle and MenswearStyle were invited to pay a visit and learn more about their anniversary. But the fact that we don’t own a 4x4 and live in London wasn’t a problem because Jeep gave us a few new models to use for the journey. It’s amazing to think that Jeep have been going for 75 years - since 1941 they’ve been selling iconic all-terrain driving machines to the world and in 2014 they successfully sold over 1 million in a single year for the first time ever.

The new dealership is part of this impressive success and popped up (with help from a Grand Cherokee) on the cliff edge of Robin Hood’s Bay in the North York Moors National Park. It opened for just three days installed on the edge of the famous cliffs, looking out over the North Sea (watch this in action in the video below). So, we had a small window of opportunity to be there on time and to see it for ourselves. Challenge accepted. 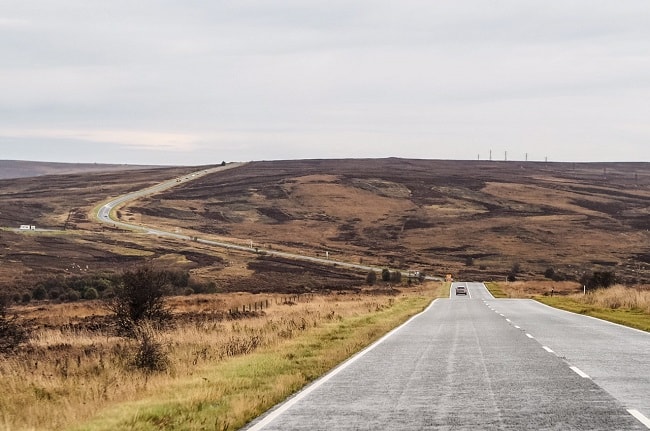 We climbed steep (and very scary) rocky hills, crept around narrow cliff edges, powered down near-vertical muddy hills and splashed through huge puddles with the enthusiasm of a child. Our Jeeps achieved natural fearsome obstacles which we certainly doubted and assumed impossible - proof that the masculine, fun and inspired designs are not just for show and can get the job done with ease too. 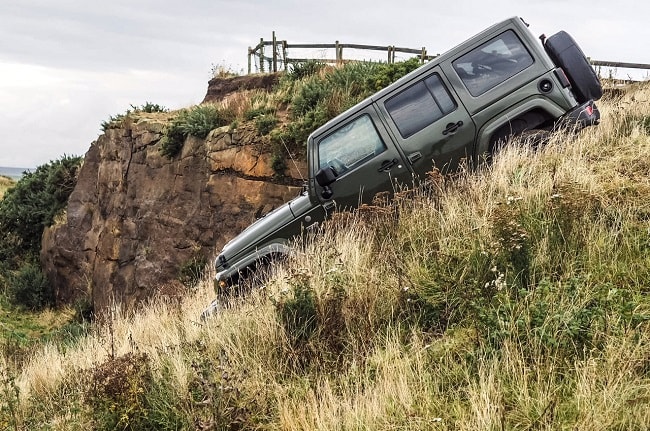 We were given a map and paper instructions on how to get to this rather secret location. Sat Nav would certainly have been easier, not to mention quicker, but where’s the fun in that hey? While passing trade wasn’t expected, intrigued walkers and ramblers were welcomed into the dealership to discover more about Jeep’s famed 4x4 credentials whilst being offered tea, coffee and biscuits. 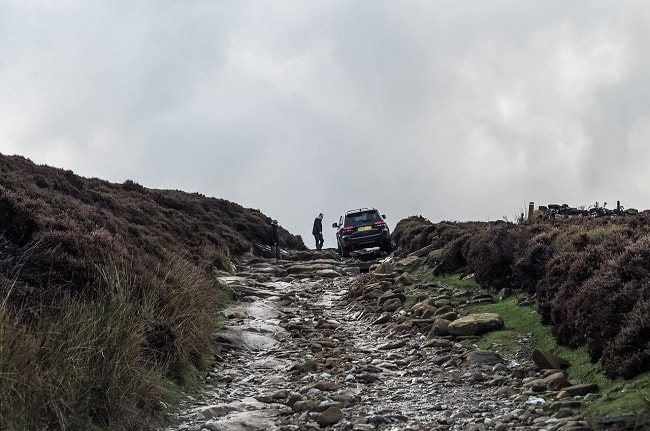 “Jeep has a long and illustrious off-road history,” said Damien Dally, head of brand, Jeep UK. “In our 75th year, a landmark moment, it seems fitting that we’ve demonstrated that our vehicles really do go anywhere and can do anything by creating the world’s first pop-up dealership which you can only get to in a 4x4.” 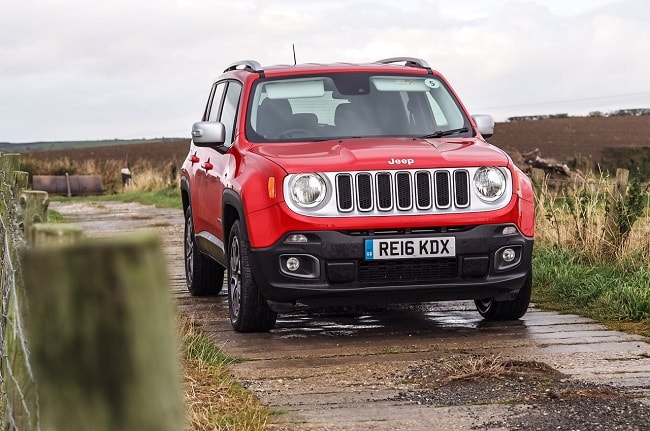 Jeep’s 75th Anniversary range includes limited edition versions of the Grand Cherokee (125), Cherokee (125), Wrangler (85) and Renegade (400). Jeep’s continued and growing popularity in the UK is illustrated in today’s new car registrations figures, which show the best year in the UK for the legendary 4x4 manufacturer since it started trading here. 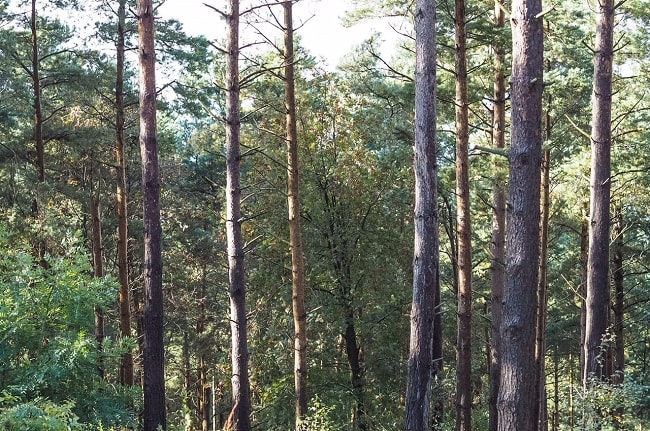 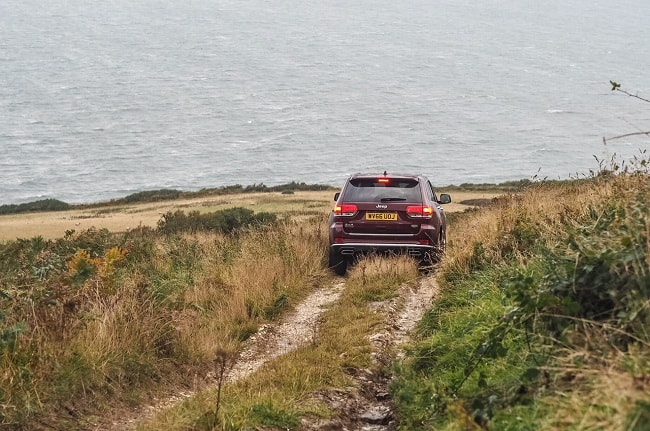 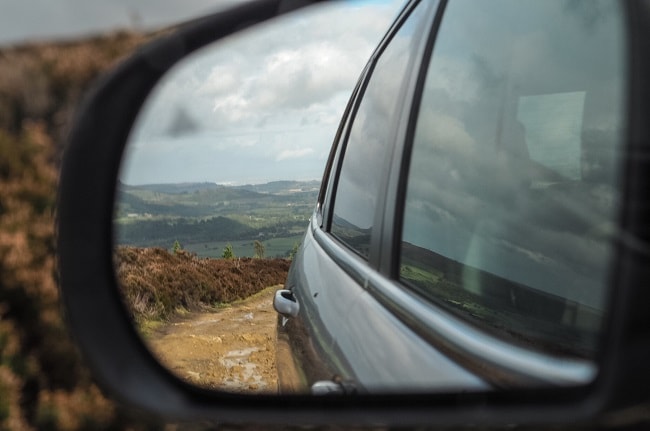 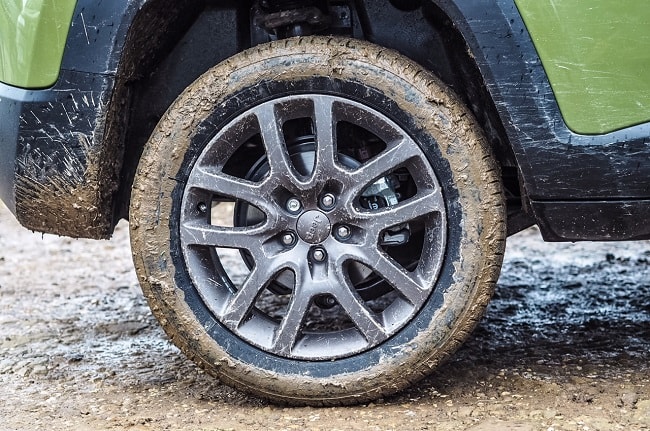 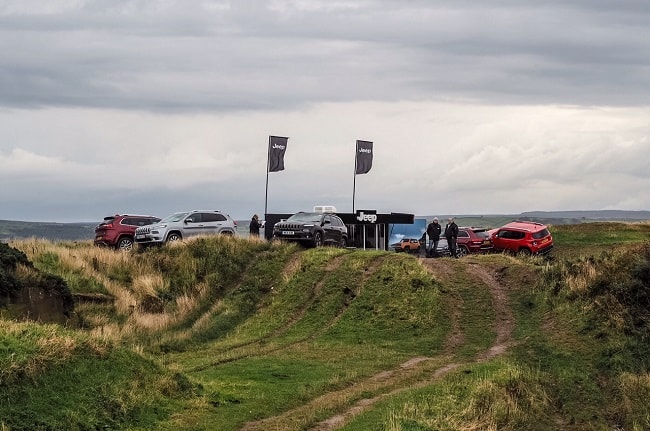