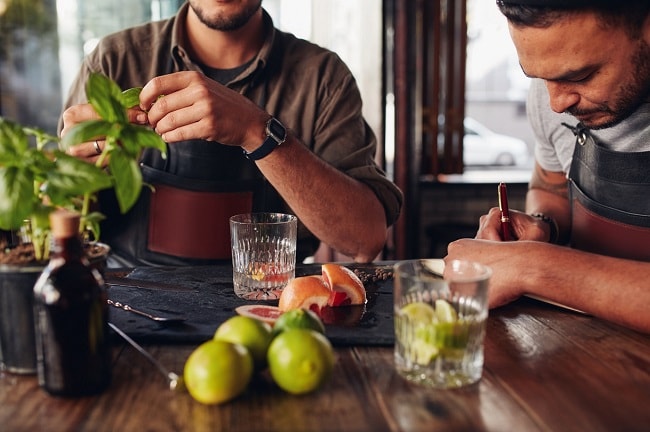 We need to talk to each other, this is how we make friends in the world. This was a quote I read somewhere, some time back. It might have been Stephen Fry, it might have been one of my many reminders I scribble on memos and leave pinned to the mirror, or the kettle, or the bottle of Bourbon. It's sentimental, but undeniably has a nucleus of truth. Stories, back-stories and fairy tales are not just confined to bed time reads. In the field of Mixology, providing the narrative for a good cocktail is almost as important as the alchemy of the drink itself. Here, researched fastidiously and for your delight (listed in no discernible order), the Top 5 Cocktails with cool backstories.

The Age of Discovery Cocktail

The Age of Discovery; a specially created barrel aged cocktail, is now available as an exclusive serve or by the bottle at The Savoy’s Beaufort Bar. Having travelled the globe on board Cunard’s flagship Queen Mary 2, the cocktail has now returned to The Savoy, where it was mixed, sealed and bonded for its world voyage many months ago. With only 700 serves available, guests can order it as an exclusive explorative serve - inspired by the incredible, vast journey the cocktail has taken. The drink priced at £40 is served in a custom–made glass with a magnified base, atop a map board which shows the journey and temperatures the barrel went thought during its 41,000 nautical mile journey around the world. During her four-month circumnavigation, Queen Mary 2 visited 39 ports of call in 27 countries, during which time the barrel was secured in open deck space to expose it to the varied elements and climates that have influenced the fascinating final result. Prevailing temperatures, humidity and sunlight have combined to produce this truly unique barrel-aged cocktail. 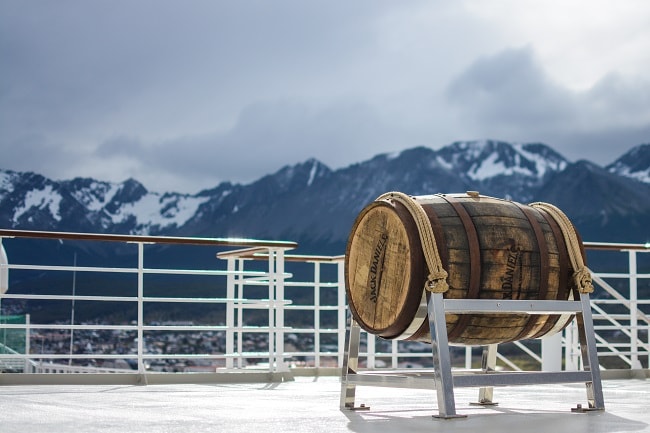 The Age of Discovery Cocktail

Let me tell you, this cocktail has the power to turn out your lights. Bond preferred functionality in his drinks over palatability. Meaning he'd rather a drink do its job than to taste nice. The Gin Martini for example is widely considered a more discerning cocktail as it has more botanicals than Bond's weapon of choice, the Vodka Martini. Originally the Vesper stemmed from Fleming's Casino Royale, before being transferred to the celluloid Bond in 2006. Bond orders the drink amidst a game of Baccarat (In the novel since in the film they changed it to Texas Hold 'em) with Le Chiffre of whom he is trying to bankrupt, thus stopping his reign of global terror. Rumour has it that Fleming himself who was a naval intelligence officer took the inspiration from pages of his own life where he was assigned to bankrupt a Nazi lieutenant. Unfortunately, Fleming wasn't as successful as his alter-ego and ended up losing all the money, thus directly financing the Nazi occupation. Perhaps, he had one too many Vespers. Never play poker for money after a couple of cocktails, not everyone has a Felix Leiter on hand to buy them back in. 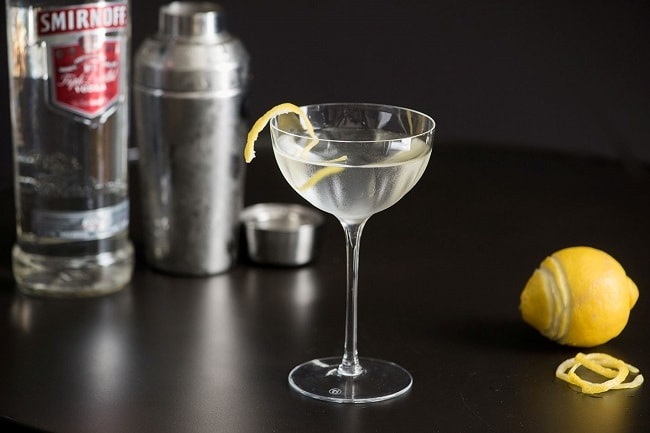 The Bacon & Egg Martini is the brainchild of JJ Goodman and was conceptualized while JJ was participating in BBC Two’s The Restaurant (2009) with Raymond Blanc and Sarah Willingham which he went onto win with his business partner James Hopkins. The pair caused National controversy when winning due to their concept being a cocktail bar, however the show’s focus on food called for JJ to creatively blur the boundaries between food and drink back when culinary cocktails was not a coined concept nor a particularly popular choice. The drink was inspired by Heston Blumenthal’s bacon ice cream which was released earlier that year and also included egg as an ingredient. Additionally, fat washing was a relatively new concept, which had thus far been mainly used for white spirits. These two ideas inspired the cocktail along with some cocktail expertise of course; JJ decided to use maple syrup as the sweetener to reflect that layer of indulgence often enjoyed with smoky, streaky bacon and the Haribo egg reflects the fun flair of its creator. The drink is one of the best-selling and longest standing cocktails on London Cocktail Club’s menu too. 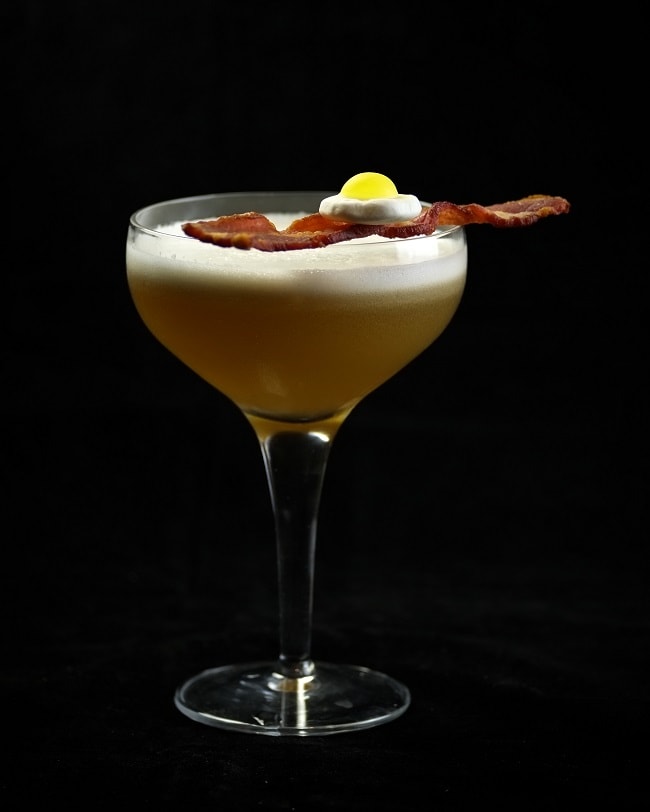 I spent a record amount of time trawling through the internet trying to find the correct etymology for this mythical concoction. Depending on which drinking scholars you read, early reports of the Red Eye stem from regional North America in the early 70s. A hearty blend of beer and tomato juice meant as a mender of sensitive dispositions (hangovers). Some lay claim that the Japanese was the place of it's inception (A comprehensive breakdown can be found at Cocktail Musings). However, with the addition of the raw egg, most mixologists are united in the conclusion that the Red Eye as we know it today, was conceived in the Tom Cruise movie Cocktail 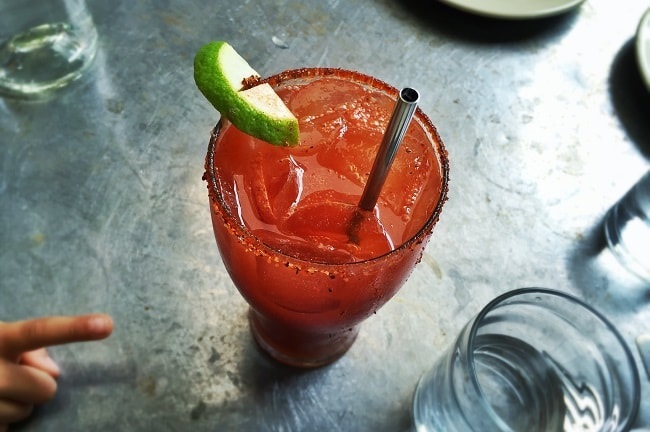 Legend has it that George Remus was known as 'King of the Bootleggers,' who made millions, lost it all, then killed his wife and got away with it. Hey, is there an O.J. Simpson cocktail out there yet? Sorry, I digress. This cocktail is a take on The Southside, which was a favorite amongst Al Capone and his fellow gangsters. 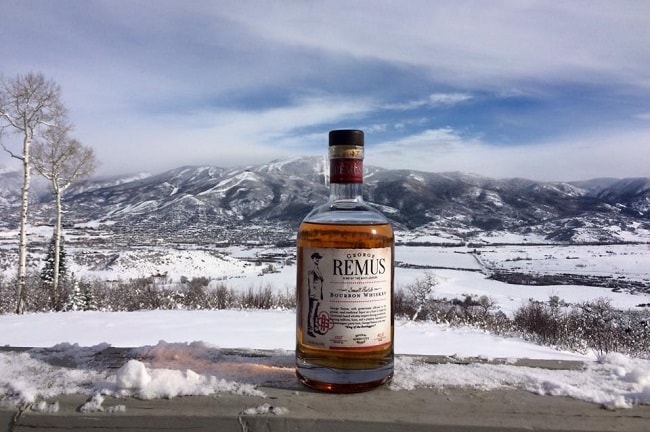